A new mural hand-painted on the side of  Tandanya National Aboriginal Cultural Institute in Adelaide’s East End celebrates the life and work of Yolŋu actor, dancer, singer and painter David Gulpilil.

The mural, designed by Ngarrindjeri man and South Australian artist Thomas Readett, comprises several striking images, including one of a young Gulpilil in 1978 dancing in a filmed production of 3 Dances Gulpilil, and a portrait taken as part of the publicity campaign for the 2006 movie Ten Canoes.

It was commissioned by ABCG Film in collaboration with Tandanya, and approved by the actor, who now lives in Murray Bridge and is terminally ill with lung cancer and emphysema.

“It’s my absolute honour to be involved in this project, painting David Gulpilil and creating a mural that celebrates his life and legacy,” says Readett. “It’s really important to have murals like this that celebrate First Nations peoples, and it’s great seeing how the public and community respond.”

Readett painted the mural over three days with artist Laura Jackson of Apparition Media, the team behind the mural of AFL star Adam Goodes in Sydney’s Surry Hills and of singer Gurrumul in Darwin’s CBD.

Gulpilil ­– star of films such as Storm Boy, Another Country, Rabbit Proof Fence and Charlie’s Country – is the subject of a new documentary about his life, My Name is Gulpilil, which premiered at the 2021 Adelaide Festival and is currently screening in cinemas.

More than 200 surrealist works by Czech-Australian brothers Dušan and Voitre Marek will be on show in a new exhibition opening at the Art Gallery of South Australia this weekend.

The duo, who arrived in Adelaide in 1948, are credited with setting in motion a surge of new ideas that challenged the conventions of Australian art, with the gallery saying their exhibitions in Adelaide and Sydney were met with “praise, puzzlement and censorship”.

Surrealists at Sea, which continues until September 12, comprises works from public and private collections across the country and is set against the sound of ticking clocks and a music box. It includes paintings, drawings, sculpture, prints, photographs, jewellery and Dusan’s avant-garde films.

“Like remnants of a dream, Dušan and Voitre’s art resists straightforward interpretation,” says AGSA associate curator of Australian art Elle Freak. “They embraced the intangible and ambiguous in their exploration of the very mysteries of the human heart and mind.”

Freak will introduce the exhibition at a free talk on Tuesday, June 22 (details here). Surrealists at Sea is also accompanied by an all-ages immersive and interactive space created in the AGSA’s Studio by Patch Theatre called Sea of Light, which is inspired by Marek’s time as a lighthouse keeper on Kangaroo Island.

The new framework was announced in late 2019 to replace the former Australian Major Performing Arts Framework, with State Theatre Company SA, State Opera South Australia and the Adelaide Symphony Orchestra already part of the program. Windmill is the only South Australian company among eight small to medium performing arts companies added in the latest expansion, which sees it now cover 38 organisations nationwide.

“It’s wonderful see such a diverse range of companies secure tripartite agreements with our state and federal governments. We hope that this movement will also allow more new and established artistic organisations to become four-year funded companies for the health and ongoing sustainability of the broader arts ecology.” 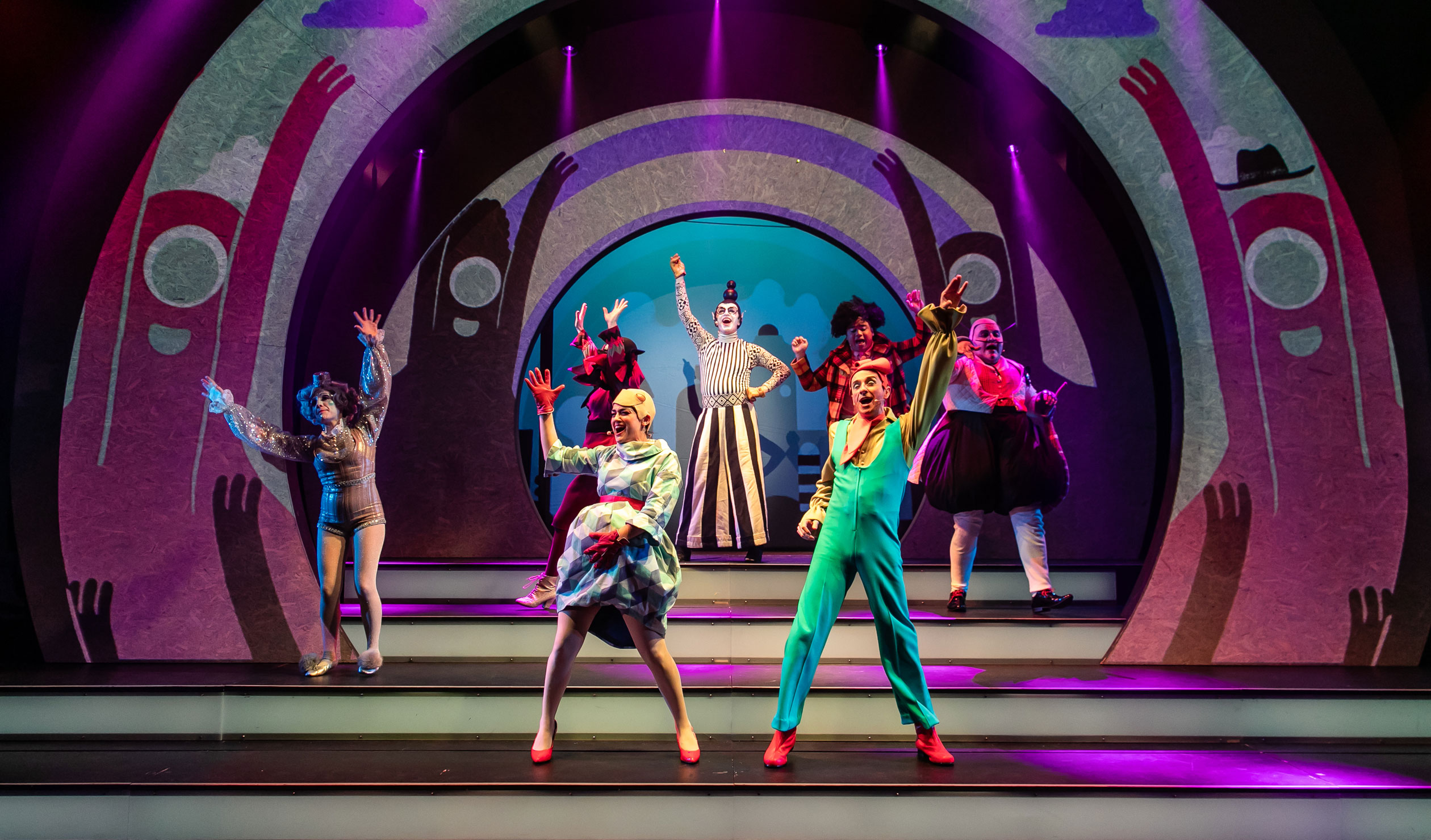 A group Adelaide High School 2020 graduates and their friends and family have won this year’s Adelaide 48 Hour Film Project and will now compete for the chance to present their winning short film at the Cannes Film Festival.

Forty-three teams comprising more than 300 filmmakers registered to take part in the project, with each given the same required elements ­– a prop (a postcard), a line of dialogue (“Her name was Margaret wasn’t it?”) and a character (Pierce or Poppy Elks, food blogger) – before randomly selecting a genre from a hat and then being sent off to write, film and edit their short within 48 hours.

“Once we were given the mockumentary genre, it just seemed to be the perfect fit,” says actor Mark Standen. “I pitched the idea to the team on the walk back to the car. I think the pitch was something along the lines of ‘imagine food cosplay…’.”

The films were judged by a panel of industry experts, with the winners announced this month at Palace Nova Eastend Cinema.  À La Carde will now compete against films from around the world at Filmapalooza 2022, with an opportunity to screen at the 2022 Cannes Film Festival. Watch the winning film here. 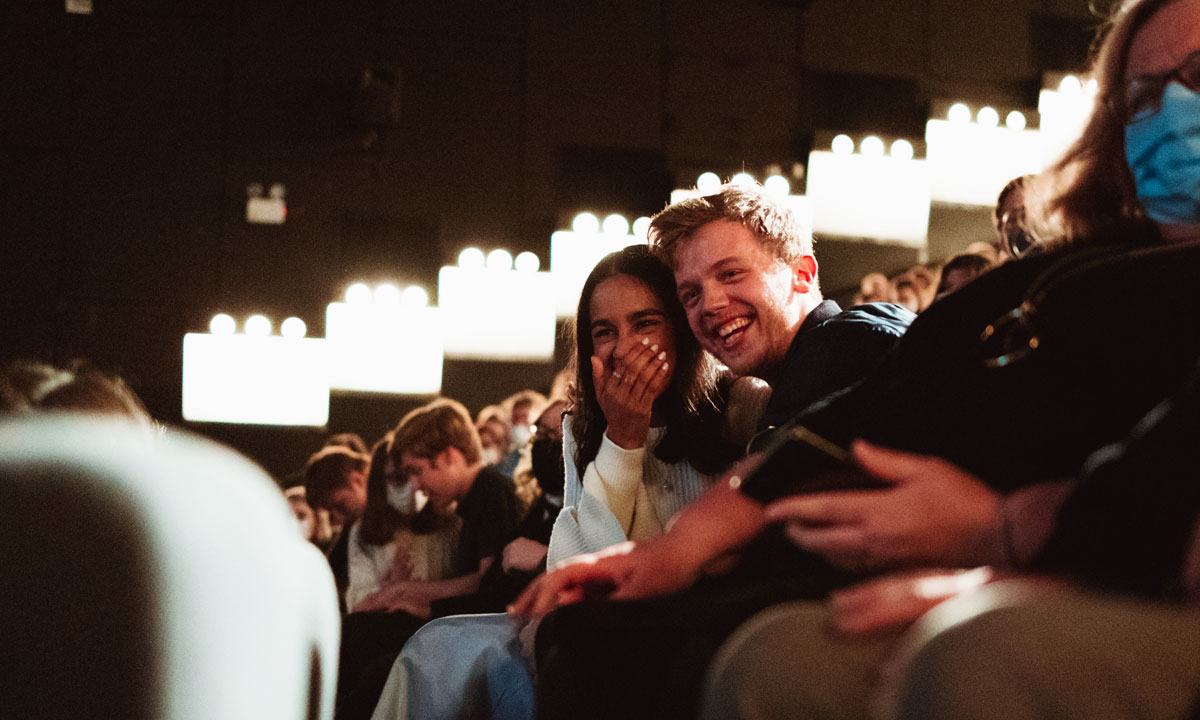 If you’re a digital expert willing to volunteer a few hours to share your knowledge and skills with South Australian artists, Guildhouse would like to hear from you.

In the first round of the program, 13 digital experts mentored 27 artists across a range of disciplines to hone technical skills including website development, social media strategy using design software, and virtual and augmented reality platforms.

It is now inviting interest from digital experts to participate in the second round, with prospective mentors asked to donate four hours of their time to work with artists either one-on-one or in small groups, or alternatively share their expertise through a 40-minute webinar. Further information is available on the Guildhouse website.