Since Idol, Paulini has spent almost two decades diving into the entertainment industry as a solo artist, member of girl group Young Divas and on the theatrical stage, but she says her latest role – as Svetlana in Chess – is unlike anything that came before.

“When it came up, I thought, ‘I’m going to audition for this and see how I go and I’d love to push myself’. The score is so different from anything I’ve ever done before, so that’s really why I wanted to do it.” 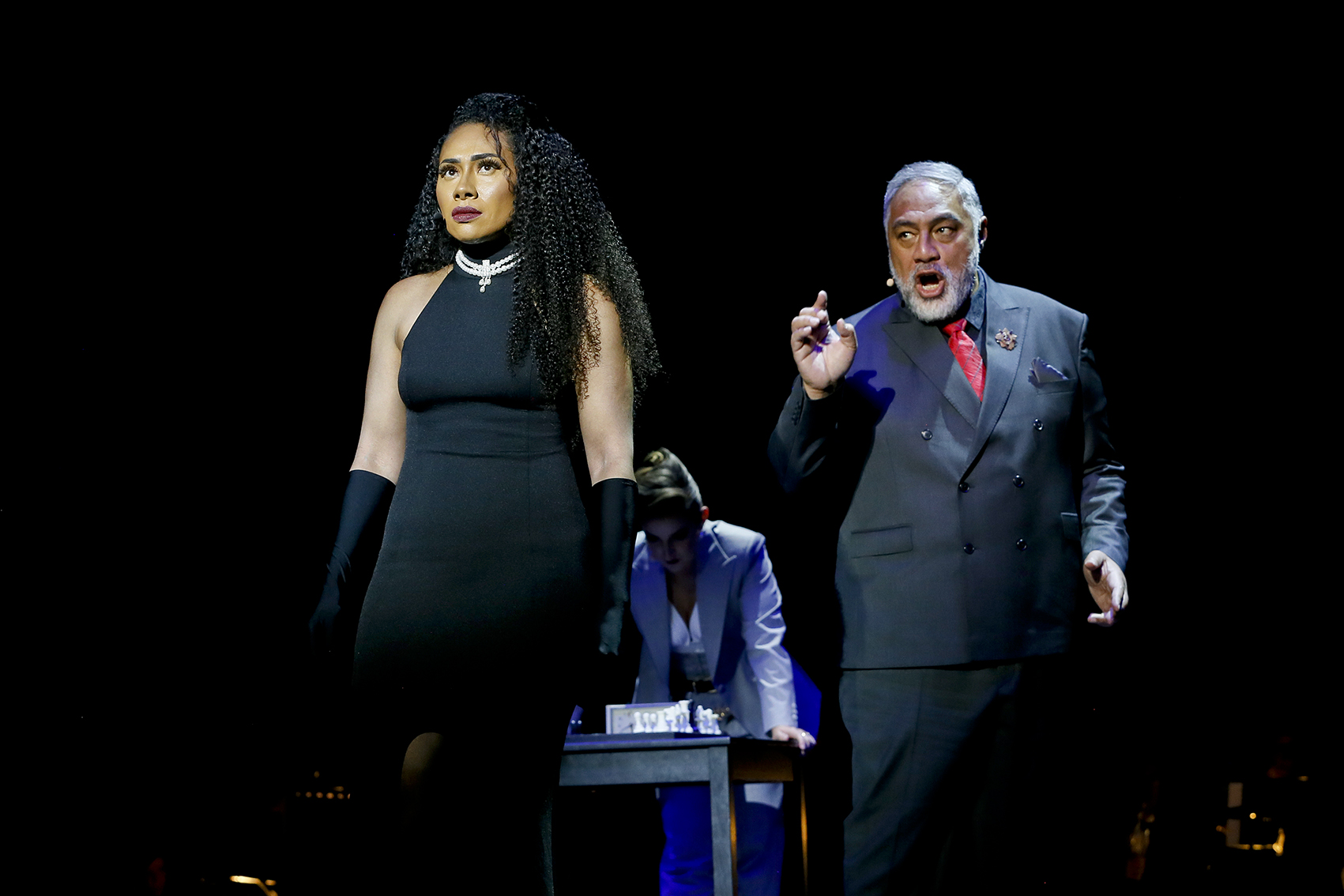 The music – by Benny Andersson and Björn Ulvaeus of ABBA, with lyrics by Ulvaeus and Tim Rice – plays against the story of a thrilling chess tournament and a love triangle during the Cold War.

Svetlana, the estranged wife of Russian chess player Anotoly, becomes caught up in a plot to convince her husband to return to the Soviet Union.

“She gets her heart broken. I think she’s a very courageous, strong, but also a hurt woman,” Paulini says, speaking to InReview before Chess the Musical began its Australian tour in Melbourne.

“I’m going to take some experiences I’ve had in the past and try and use that as a place to draw the realness of what that character would be.”

While Svetlana doesn’t have a lot to say in the script, the part she plays is important. Paulini also gets to perform one of the most popular songs in the show, “I Know Him So Well”, alongside Natalie Bassingthwaighte, who plays Florence, the love interest of the two grand masters.

Asked about her favourite song from the musical, Paulini belts out a line from “One Night in Bangkok” and it becomes clear she’s going to be something quite special to watch on stage.

Unexpectedly, she will be drawing from her Fijian heritage, translating it to her Russian character.

“I’ll be doing a Russian accent, and in Fijian we also emphasise the Rs – so I’m up for it! I’m trying to sing these songs in a Russian accent so that also pushes me onto another level vocally.”

Paulini has worked with an accent coach to perfect her enunciation, as well as getting tips from co-stars such as Alexander Lewis, who plays Anatoly.

Her fellow cast members were a mystery to Paulini right up until they were officially announced, but she says that once the news broke she was delighted to see some familiar names. “Nat Bass and I have been in the pop scene for quite a long time together and every time I see her, she’s one of the most wonderful, hard-working artists.

“She’s such a beautiful person and has always been so kind and welcoming, so I can’t wait to actually get on the musical theatre stage with her.” 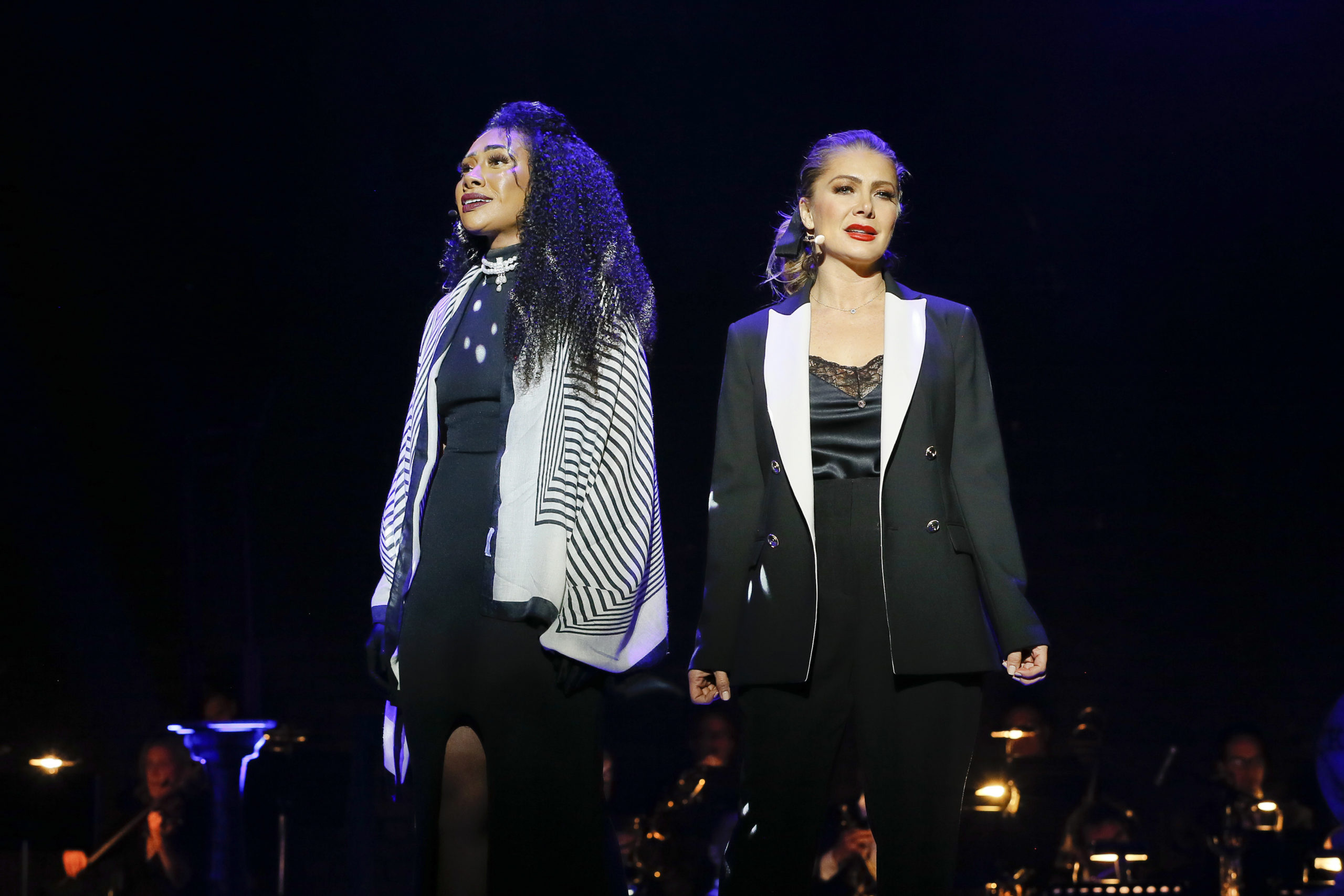 Paulini also shares the stage with Rob Mills – and not for the first time. “We did Idol together and he’s always been such a fun guy to be around…  He’s a bit of a musical theatre kid now and I’m coming onto the scene very late, so I’m definitely going to get some tips from him.

Coming from a pop background, Paulini has had to adapt in unexpected ways for this project.

“I thank God I’m doing musical theatre because it brings discipline into my commercial pop world. I can run at my own pace on stage usually. If I want to change the piece, I can. But with musical theatre, there is a score and you have to stick to the script.

“Especially with me – I always run on Fiji time and that’s one thing you cannot afford to do in musical theatre. I’m always trying to be there 30 minutes before my call time.”

The essence of the vocals has also been an adjustment. “This style of singing is something I don’t usually do. I’ve got to keep it quite straight; I can’t do too many creative things with it.

“When you’re from the pop world, you can kind of just sing and vibe on stage, but with this, there’s an intention to what you’re singing and, while it’s fun, you always have to be telling the story.”

Chess will be the first musical to be staged in Adelaide to 100 per cent capacity since restrictions were lifted.

Paulini is keen to return to Adelaide after performing in a successful season of the show Disco Wonderland at this year’s Fringe.

“I didn’t realise Fringe was so big. We don’t have anything like that in Sydney and to see people outside, chatting and sitting around together is just something we hadn’t been able to do in so long. To be there and be able to do that, and be able to get on stage, it was magical.”

Chess the Musical will be in Adelaide for four performances, from May 27 to 29, with more information available here.

Rann’s kingdom for a seat

Your views: on the state of public health, and more