Restless Dance Theatre has launched a new fundraising campaign after the Adelaide-based company for dancers with and without disability was last year stripped of its core multi-year federal funding.

The company, which presented a sold-out season of its latest work Guttered during the Adelaide Festival, says it now faces an “enormous task” in  raising funds to cover running costs once its current operational funding runs out at the end of this year. However, if it can raise $50,000 by May 30, the Federal Government will match the sum through its Creative Partnerships Australia Plus 1 program.

“In this fundraiser, every donated dollar becomes two,” Ryan says. “Donations above $2 are tax-deductible and all will have a huge impact on our future.

“Restless is now in its 30th year producing unexpectedly real dance theatre that is collaboratively devised, inclusive and informed by disability… our body of work creates pathways for our artists to pursue a professional career in dance.”

Donations can be made here, with more than $15,000 raised at the time of going to press.

Restless is also presenting a behind-the-scenes showing of Guttered in its Gilles Street studios on April 30.

Change is afoot at Wallis’s art deco Piccadilly Cinema in North Adelaide, which has started to shift the focus of its programming to include arthouse, foreign and independent films.

New programming executive Manda Flett tells InReview that an old 35mm projector has been removed from storage and is currently being restored to enable regular event screenings of classic 35mm prints.

Meanwhile, the cinema is a fitting venue for the Art Deco and Modernist Society of Adelaide’s World Art Deco Day event next Wednesday (April 28), which will feature a jazz band, food, drinks and a screening of the 1935 Marx brothers film A Night at the Opera.

In the lead-up to the Academy Awards, Wallis Piccadilly is also screening all eight films that have scored a 2021 nomination for Best Picture at the Oscars, with day and night sessions from April 22-27. The line-up includes the limited-release Mank, which follows screenwriter Herman J Mankiewicz as he races to finish the screenplay of iconic 1941 film Citizen Kane, and The Trial of the Chicago 7, which follows the story of seven people facing trial over the uprising at the 1968 Democratic National Convention in Chicago, Illinois.

Fans will have the chance to see the Adelaide Symphony Orchestra perform Star Wars: Return of the Jedi in concert at the Adelaide Entertainment Centre Arena on August 21 after the pandemic forced its cancellation last year.

“Whilst The Rise of Skywalker has been billed as the concluding chapter in the Skywalker saga, for many fans and purists, the real ‘Star Wars’ finale is Return of the Jedi,” Buc says. “With John Williams at the top of his game, it delivers the perfect musical conclusion to a trilogy that changed the face of film music forever.”

Grants of up to $20,000 are available through a City of Adelaide and Arts SA-funded program that aims to increase participation from Aboriginal and Torres Strait Islander creatives in the city.

The grants will support professional development opportunities for Aboriginal and Torres Strait Islander artists, artisans, and creatives in public art, with program guidelines stating that the definition of public art includes works such as installations, sculptures, mosaics, murals and soundscapes, as well as “unique street design and furniture elements created by an artist to add value to public realm projects”.

Eligible applicants can apply for funds for a broad range of purposes, including mentorships, skills development, materials, workshops, research, collaborations and travel cost.

Applications close on May 12, with further information available on the City of Adelaide website. 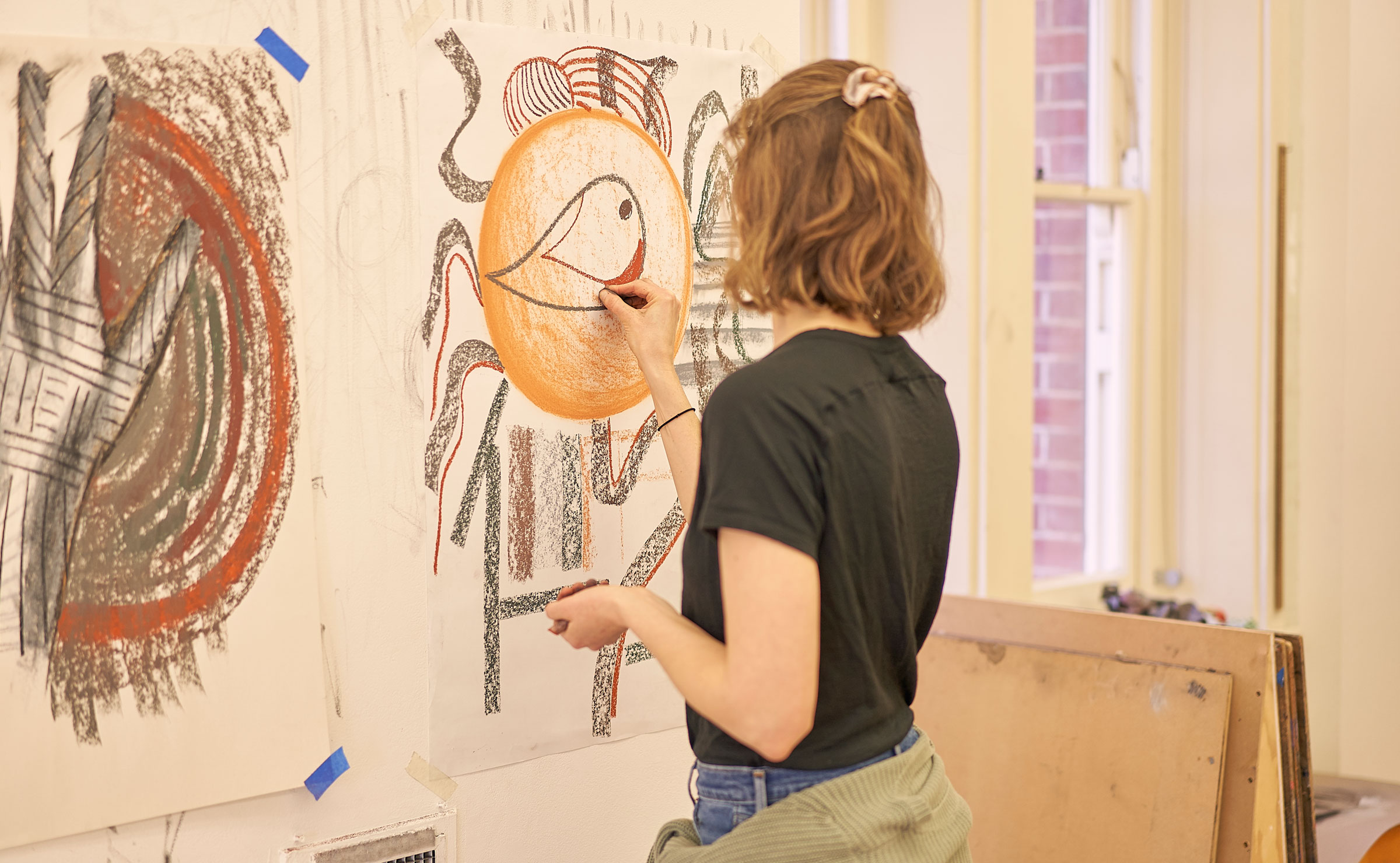 Adelaide Central School of Art has come out on top in the latest survey rating students’ educational experience at higher education institutions across Australia.

Funded by the Australian Government, the Student Experience Survey (SES) is conducted annually, with around 198,000 undergraduate students and 97,000 postgraduate course-work students from Australian universities and non-university higher education institutions taking part in the 2020 research.

With a rating of 97.1 per cent (compared with 96.7 per cent last year), ACSA came in at number one in South Australia for overall educational experience for undergraduates of all courses, and second nationally for undergraduate student experience out of 133 institutions. The average among all non-university institutions was 74.9 per cent, while universities had an average of 68.4 per cent.

ACSA CEO Penny Griggs was pleased to see the not-for-profit school’s results improve despite the disruption caused by COVID-19, which saw all the second term delivered online: “After such a difficult year, to be acknowledged by our diverse student community as a leader in higher education is simply the best recognition we could be given.”

The survey’s authors noted that overall, there had been a sharp reduction in student ratings of their experience in 2020 as institutions adapted their teaching and learning arrangements in response to the pandemic.