‘Classical music for the modern era’

Light Square’s new performance space The Lab ­– part of the arts and hospitality hub Light ­– is launching a regular classical music series that begins tonight with a performance by Slava and Sharon Grigoryan.

Titled Interlude, the series will see classical and acoustic musicians perform against an immersive digital backdrop in what The Lab’s head of programming, Anne Wiberg, describes as “classical music for the modern era”.

“Moving away from traditional performance spaces, this program will pair some of our finest classical artists with state-of-the-art technology and art,” she says. “We are excited by what is set to evolve here.”

After dark in the Botanic Garden 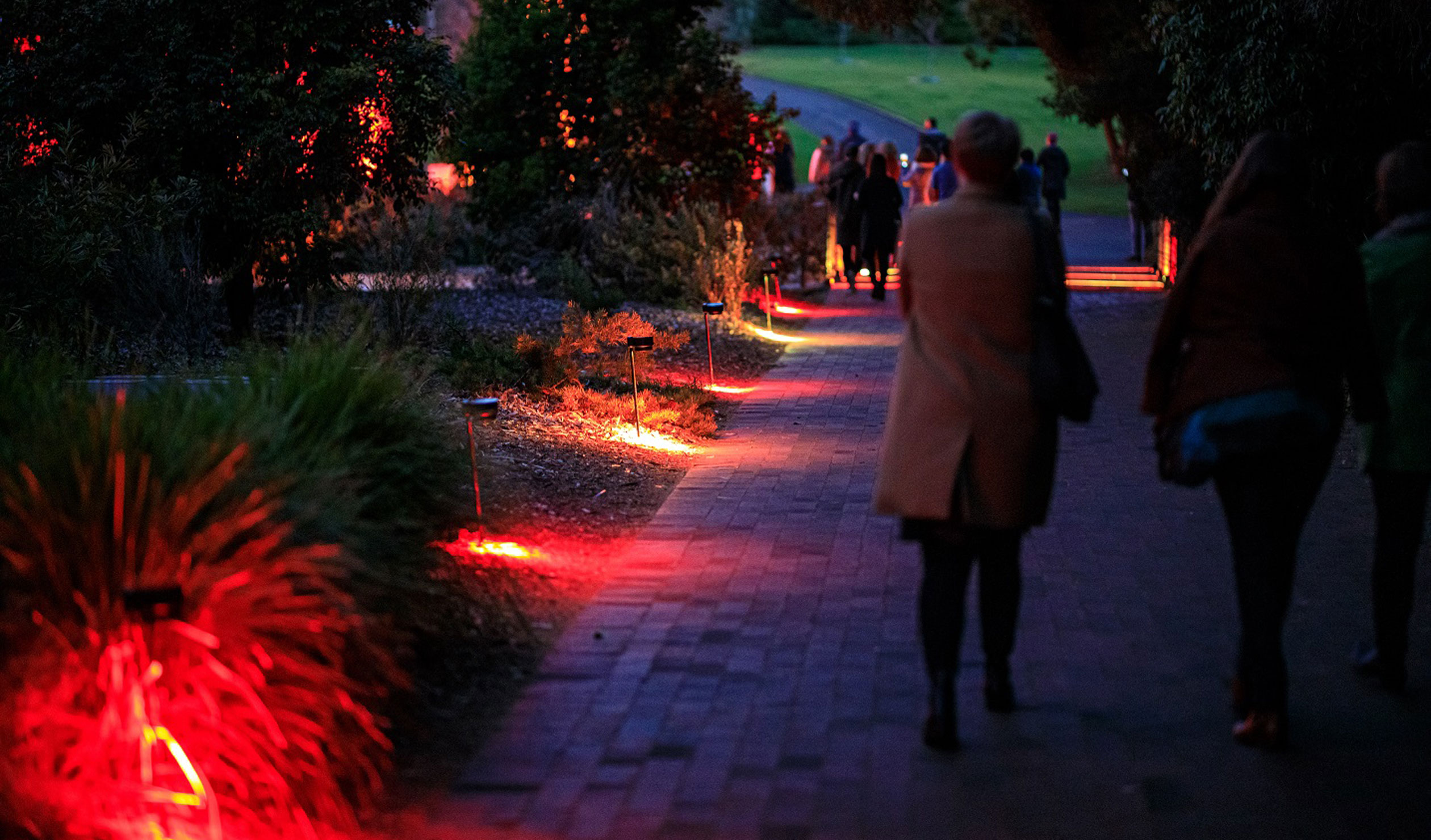 Botanica Lumina is returning to the Adelaide Botanic Garden from next month, encouraging people to rug up and join in after-dark events such as history tours, live music, a scavenger hunt and film screening.

Botanic Gardens and State Herbarium director Dr Lucy Sutherland says the program – now in its second season – seeks to “combat our winter-hibernation blues”. “Being in Adelaide Botanic Garden after dark is a different experience; your senses are treated to alternative sights, sounds and smells.”

The first event planned is an after-dark scavenger hunt for kids on April 15, to be followed by an outdoor screening of Edward Scissorhands on the Conifer Lawn on April 24, and a recital by musicians Celia Craig (oboe) and Michael Ierace (piano) in the Santos Museum of Economic Botany on April 30 and May 1. There will also be several after-dark tours in May that take in buildings such as the Deadhouse, the Palm House, the Goodman Building and the State Herbarium (previously the old tram barn).

Nominations are now open for the 2022 Adelaide Festival Awards for Literature, with a total prize pool of $167,500 across six national and five South Australian categories.

Managed by the State Library of South Australia, the awards are presented every two years during Adelaide Writers’ Week and include categories for children’s literature, young adult fiction, poetry, fiction and non-fiction. Top prize is the $25,000 Premier’s Award, which in 2020 was won by Queensland author Jessica Townsend for her novel Nevermoor: The Trials of Morrigan Crow.

Nominations are open until 5pm on June 30, with guidelines and registrations on the State Library website. 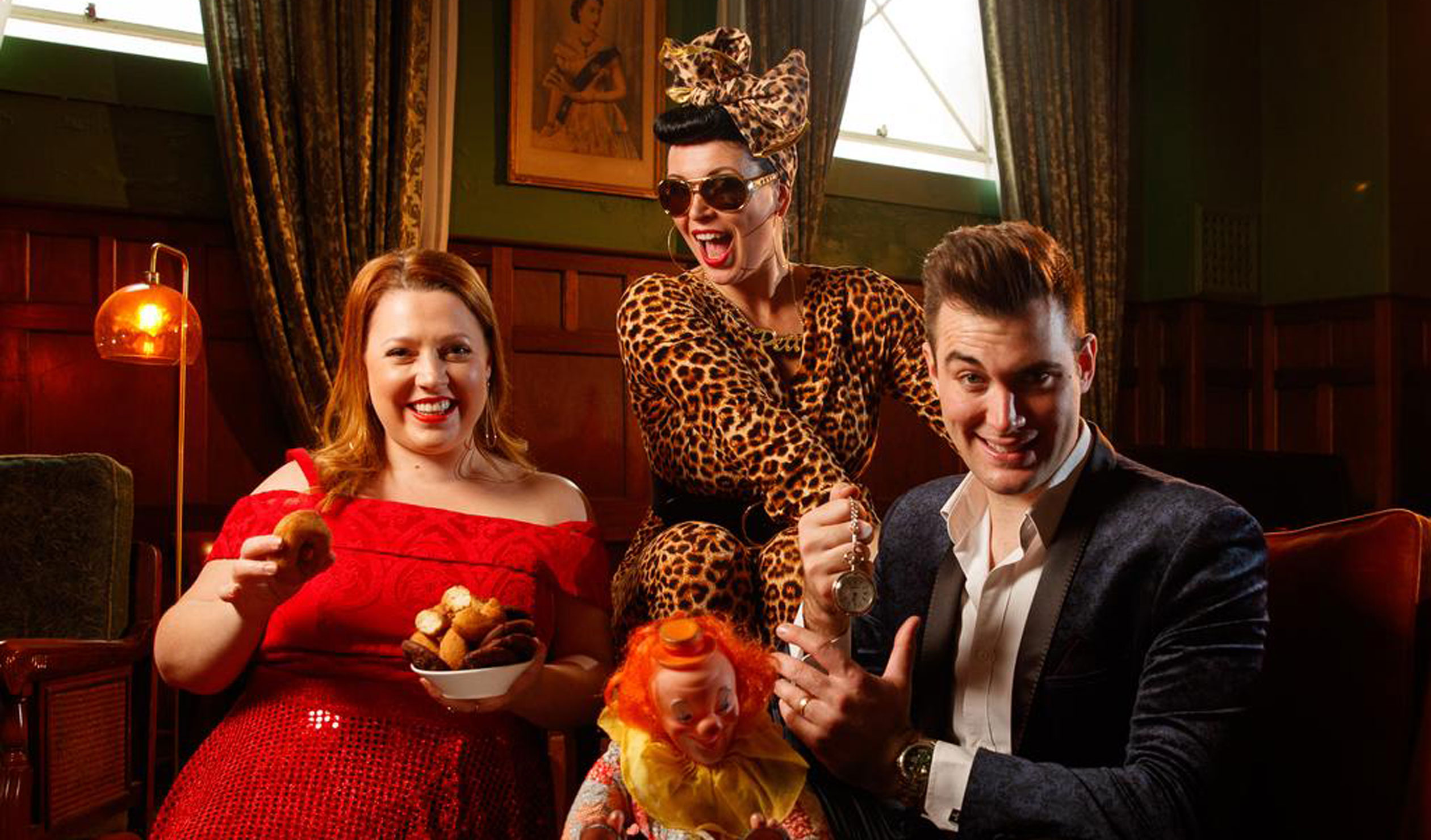 Adelaide Fringe is over for another year but the Adelaide Cabaret Fringe is now calling for artist registrations after announcing it will be returning in 2021 across multiple venues in the CBD and inner-western suburbs.

The open-access Cabaret Fringe will take place from June 3-13 ahead of the Adelaide Cabaret Festival on June 11-26, after both events had to be cancelled in 2020 due to the COVID-19 lockdown.

“Off the back of an incredibly successful major festivals season here in Adelaide, we’re excited that the Cabaret Fringe will make a return that will be more significant than ever before,” says Cabaret Fringe chair Greg Mackie.

Cabaret Fringe was founded in 2008 by brothers Paul and Adam Boylon and Jay Robinson, with Grote Street small bar La Bohème the event’s central hub until its closure in early 2019 (both Boylons are on the new board now running the event).

Adelaide Fringe hub Gluttony, which stepped into the breach to provide a base for shows at the Masonic Lodge during the 2019 Cabaret Fringe, isn’t involved this year but we’re told to expect further announcements soon about participating venues.

Artist and venue registrations are open until April 10 on the Cabaret Fringe website, with a bequest from the late Frank Ford enabling reduced registration fees for 2021. Tickets are expected to go on sale from April 19.

What keeps you up at night?

That’s the question being asked by Perth-based pvi collective ahead of the Adelaide edition of their tiny revolutions project which will be presented by Vitalstatistix in May.

Responding to “the current collective feeling of powerlessness”, the project invites members of the public to select a global issue drawn from The Millennium Project, which identified challenges ranging across climate change, democracy, ethics, disease, technology and human rights. Those submitting their “grievances” are asked to explain in a nutshell why they’re overwhelmed by the issue, then select a creative tactic for the tiny revolutions taskforce to respond with.

In May, pvi will assemble the tiny revolutions taskforce – a roundtable consisting of artists, experts, activists and members of the public – to look at 10 selected submissions and devise “a bespoke tiny revolution to be carried out in the public domain”.

Submissions of grievances (here) are open until April 18, with more information about the tiny revolutions project and performance dates available on the Vitals website.

Earlybird registrations close at 5pm on Monday, April 5, with fees starting from $125 for a solo artist (details here). But if you don’t have your venue and other details confirmed yet, you’ll still be able to register up until May 10 to take part in the month-long August festival.

What we know today, Tuesday January 18