South Australian creatives are invited to register now for the Adelaide 48-Hour Film Project, which will see local filmmakers take to the streets for a frenzied weekend of filmmaking from April 30 to May 2.

The local project is part of a global phenomenon in which more than 60,000 people across nearly 130 cities take up the challenge to complete a short film in just 48 hours.

“The Adelaide 48 Hour Film Project is a great opportunity for filmmakers, non-filmmakers, friends, families, classmates, the young, the old, the hairy and the bald to challenge themselves and their creative abilities,” says Laura Franklin, who is co-producing the event with Kristen Hamill.

“To take part, all you need is a video recording device, a good attitude, delicious snacks, coffee and a story in your heart!”

Participating teams will be given a genre, character, prop and line of dialogue they must work into their film, and must then write, shoot, edit and score their four to seven-minute films in just 48 hours. All submitted films will be shown at a public screening at the Mercury Cinema, with a panel of industry experts selecting the best one to compete against films from around the world at Filmapalooza 2022. 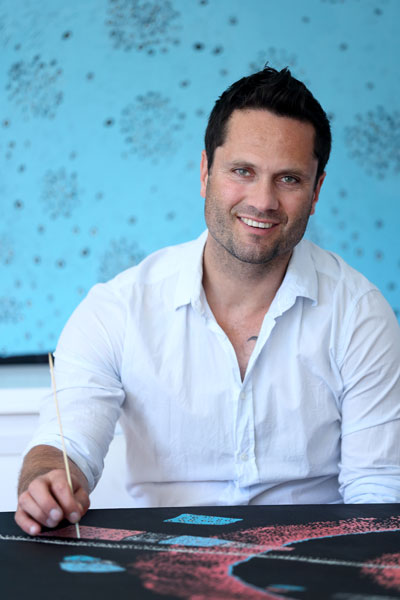 Artist and former AFL player Gavin Wanganeen has been appointed to the board of the State Theatre Company South Australia.

In making the announcement, company chair Joe Thorp described Wanganeen as “a tireless contributor to South Australia’s community, with experience spanning sport and the arts and a strong ongoing commitment to promoting young people as an advocate for empowering the state’s First Nations community”.

“We are delighted Gavin will bring that passion and insight to the board of the company, which is committed to promoting First Nations work and artists as a core part of its work.”

Wanganeen, a descendent of the Kokatha Mula people of the Western Desert in South Australia, took up painting while he was still playing football and in recent years has forged a new career as an artist. Both he and wife Pippa are avid supporters of the arts.

Indie Book of the Year

The good news just keeps coming for Adelaide Hills author Pip Williams, with Australian independent booksellers naming her novel The Dictionary of Lost Words their favourite book from last year and the winner of The Indie Book Awards 2021 Book of the Year.

Published by Affirm Press at the start of Australia’s first pandemic lockdown, The Dictionary of Lost Words sold more than 100,000 copies in 41 weeks and last month also won the 2021 MUD Literary Prize for best debut literary novel by an Australian writer.

“Williams transports us to 19th-century England with confidence and panache and to the workings of the scriptorium with an attention to detail that reveals the depth of her research. The fight for women’s rights informs this novel and the author’s ability to present an array of different female characters of diverse backgrounds, ages and expectations leads to a rich and layered narrative that is superbly composed.”

Pip Williams is now working on her second novel.

Williams credited independent booksellers with helping her novel thrive at a time when it seemed least likely: “While their doors might have been closed, they found myriad ways to get books into the hands of people who would enjoy them, perhaps even need them, during the long weeks of isolation. As a reader and a writer, I was enormously grateful.” 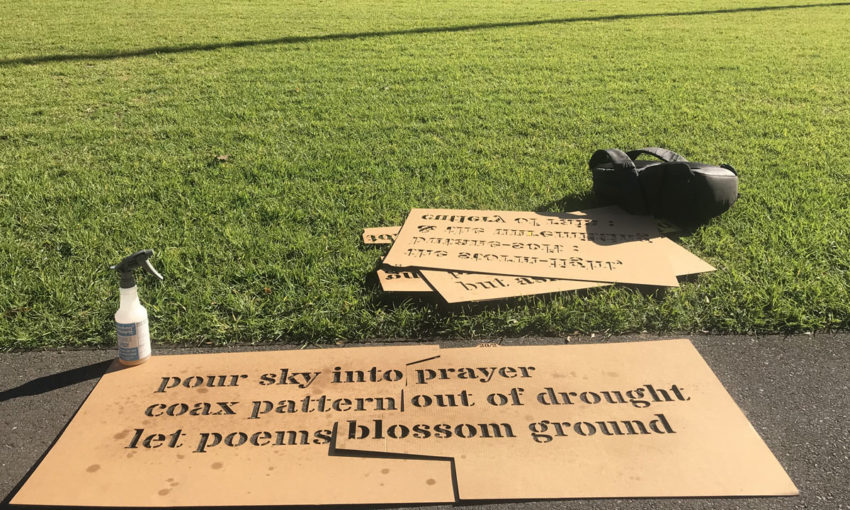 It will be Raining Poetry in Adelaide again this winter and if you want to see your verse on a city street you have until April 9 to submit your entry.

The project, now in its fifth year, sees selected poems spray-painted onto footpaths and streets using hydrophobic paint and cardboard stencils – so the words are invisible on dry days and appear like magic when it rains. They usually last one to three months, depending on foot traffic.

Raining Poetry is run under the auspices of the JM Coetzee Centre for Creative Practice at the University of Adelaide, with 20 poems selected for the project last year.

Poems can be no more than four lines, with further selection criteria, submission guidelines and previous examples on the Raining Poetry Facebook page.

Golonka will perform as part of Foyer Fridays.

Woodville Town Hall’s Foyer Fridays will return over autumn and winter with a line-up of contemporary musicians curated by violinist Emily Tulloch, who says it will give audiences a “taste of the diversity of musical offerings you can find year-round in our city”.

The program was announced this week and will open on April 9 with Cuban street music band Sabor a Cuba (featuring Lazaro Numa) and Caribbean and Brazilian singer Isabelle da Sylveira (with Mike Bevan and Alain Vãlodze).

Other artists will include The Fiddle Chicks and Golonka (May 7) and Naomi Keyte and Nathan May (June 4).

“They are diverse in genre, in tradition, and as a whole offer a strong picture of our creative music landscape,” says Tulloch. “All the artists are brilliant communicators, and so audiences can expect engaging and intimate offerings.”

Green Room is a new column for InReview, providing quick news for people interested, or involved, in South Australian arts and culture.

Your views: on social enterprise, workers compo and more