Sun Runners is a six-part audio series that blends elements of gaming, theatrical storytelling and interactive play to create what’s described as “a daring, dangerous, heartstopping intergalactic race in the solar system”. It’s aimed at children aged eight to 12 and is played using the Audioplay app, a smartphone, a pair of headphones and household items such as pillows, tongs, chairs, blankets and socks.

Audioplay, a side project of WA’s Side Pony Productions, has created a number of immersive audio experiences for children and first proposed a collaboration with Windmill at the end of 2019. At that time the South Australian company didn’t have much space in its program – but then the pandemic happened.

“We found ourselves in a situation where we didn’t have any performances and we were looking for ways to create really excellent content using our theatre brains and our incredibly talented creatives that we work with,” says Windmill producer Ross McHenry.

The company launched its Windmill at Home platform to keep young audiences entertained during the COVID-19 shutdown, and redirected its actors to different off-stage projects, one of which was the Audioplay collaboration.

Sun Runners is created and directed by Zoe Pepper and co-produced by Gemma Pepper (both from Audioplay) and was recorded in South Australia with local actors Elizabeth Hay, Antoine Jelk, Anna Steen and Nathan O’Keefe voicing the characters. Sydney-based composer James Peter Brown’s retro, synth-based score adds to the immersive effect of the experience.

McHenry says the adventure has pop culture references that will resonate with both children and adults, and a “fast-paced, action-packed aesthetic” which the target audience will love.

“It’s a sci-fi epic, really. It’s very much drawing on the vernacular and story structure of those classic, sci-fi action films but in the context that it’s a work for children and young audiences.”

Listeners play the roles of two young Sun Runners, Olli and Gamma, who are sent on a race around the galaxy during which they must build a space ship known as the Sun Charger, fight off brain-sucking aliens, dodge asteroids and overcome myriad other challenges in their quest to become the youngest Sun Runners ever.

Each episode includes a list of ordinary household items that will be required: for example, four pillows, two chairs and a blanket may be all you need to create your Sun Charger. During the adventure, participants wear headphones so they can hear the actors but are playing out the action themselves in real time, with objects like tongs becoming tools in the game.

“It really is focused on activating children’s imaginations, helping them construct this world inside their heads and inside their lounge-rooms,” says McHenry. “That’s augmented by the type of music and sound effects and production that you’d associate with the cinema or something like that.”

Sun Runners is being made available free to all schools in South Australia, accompanied by a digital study guide that includes curriculum links and lesson planning ideas. Members of the public can also access the first episode free via the Audioplay app ((available on iOS and Android).

Although a smartphone is required for all Audioplay experiences, they’re promoted as “screen-free”, with participants advised to put their device in their pocket. The intention is that it’s all about the audio and imagination ­– as well as getting kids up and moving ­– with Zoe Pepper saying she hopes Sun Runners translates into homes of all shapes and sizes as the characters “roam through space all over the house”. 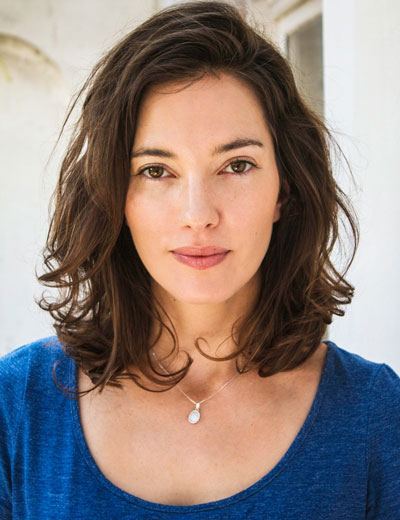 “I’m always trying to balance the stakes of the story with what is a fun activity to do at home. Made-up games that kids play around the house usually have their own bizarre rules and logic to them. With Sun Runners I’m working to make it like a hyped-up version of an imagined world or game that kids might invent.

“So, household items and locations transform and take on new meaning: for instance, the sock drawer is a nest full of radioactive eggs or the wardrobe is a teleporter that lets you travel between planets.”

McHenry, who has children himself, says it’s been a joy to watch how listeners become absorbed in the adventure, and also how different kids respond to the story in different ways.

“It’s really fun to see them completely involved in another world but also completely engaged in their surroundings in the moment and not in a passive sense… screen-free tech – it’s a really interesting proposition.

“If you’re an ’80s sci-fi film buff and you’ve got kids, I definitely suggest that you listen along with them because it really is a lot of fun.”

Pepper says that audio-driven theatre works offer an opportunity to create a visceral experience for audiences of all ages, “especially when you’re right in the ear of the audience via headphones”.

“There’s so much scope to emotionally transport through audio. With Sun Runners, in particular, you take the audience on a journey in real time, they’re feeling it every step of the way because they have the opportunity to be the character.”