Cars have long been synonymous with Australian culture. Providing freedom and independence, they are symbols of status and are often associated with masculinity in this country.

Until recently, car manufacturing was a significant local industry in South Australia. The legacy of this industry can be found throughout the Art Gallery of South Australia’s collection, which holds a 1930s art deco cocktail cabinet. The cabinet was commissioned by then managing director of General Motors-Holden Sir Laurence Hartnett to provide employment to the cabinet-makers of the company, whose jobs had recently been made redundant following the transition from wooden to metal frames in car manufacturing.

Also relating to the Holden story is a bronze by Australian artist Rayner Hoff titled Lion (produced for the Holden Motor Company in 1926-27 and cast in 1930). The lion and ball image remains the Holden logo to this day.

A major new acquisition on display at the AGSA by South Australian artist Margaret Dodd explores issues of Australian masculinity and the role of women in Australian society through the use of ceramic Holden cars.

With her ceramic sculptures and accompanying film This Woman is Not a Car, dating from the mid-1970s to early 1980s, Dodd rebels against both social norms and formal art conventions with wit and humour. 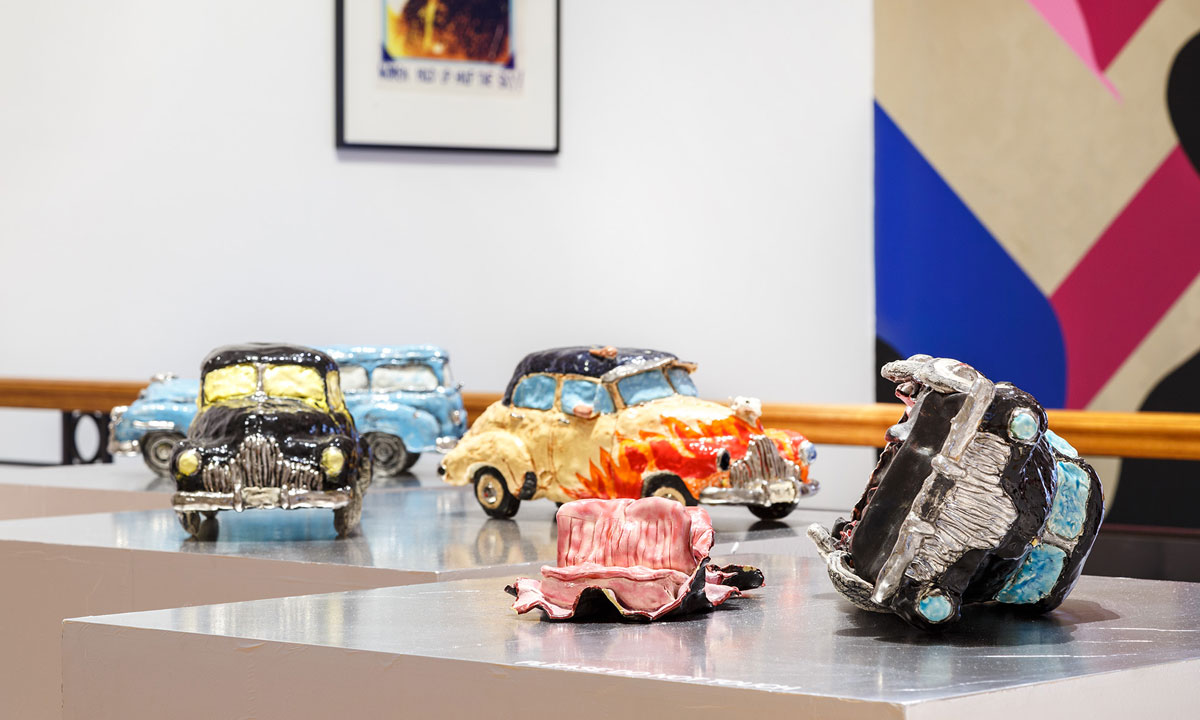 Her film draws comparisons between Holden cars and women as objects of male desire, with a decidedly feminist perspective.

The work emerged from Dodd’s own feelings of invisibility and isolation as a housewife and young mother living in the Adelaide suburb of Holden Hill in the 1960s.

Dodd had recently returned from the United States, where she studied art at the University of California. There she participated in the second wave of feminism and the new Funk Ceramics art movement, which reacted against the refined Anglo-Japanese style popular in 20th-century ceramics. The motto for the movement was famously, “down with good taste” – a reflection of the aesthetic of the ceramics produced.

The series on display by Dodd consists of the film and Holden ceramic sculptures dressed as babies, mothers and brides. The works combine both reality and fantasy in a critique of 20th-century Australian society. 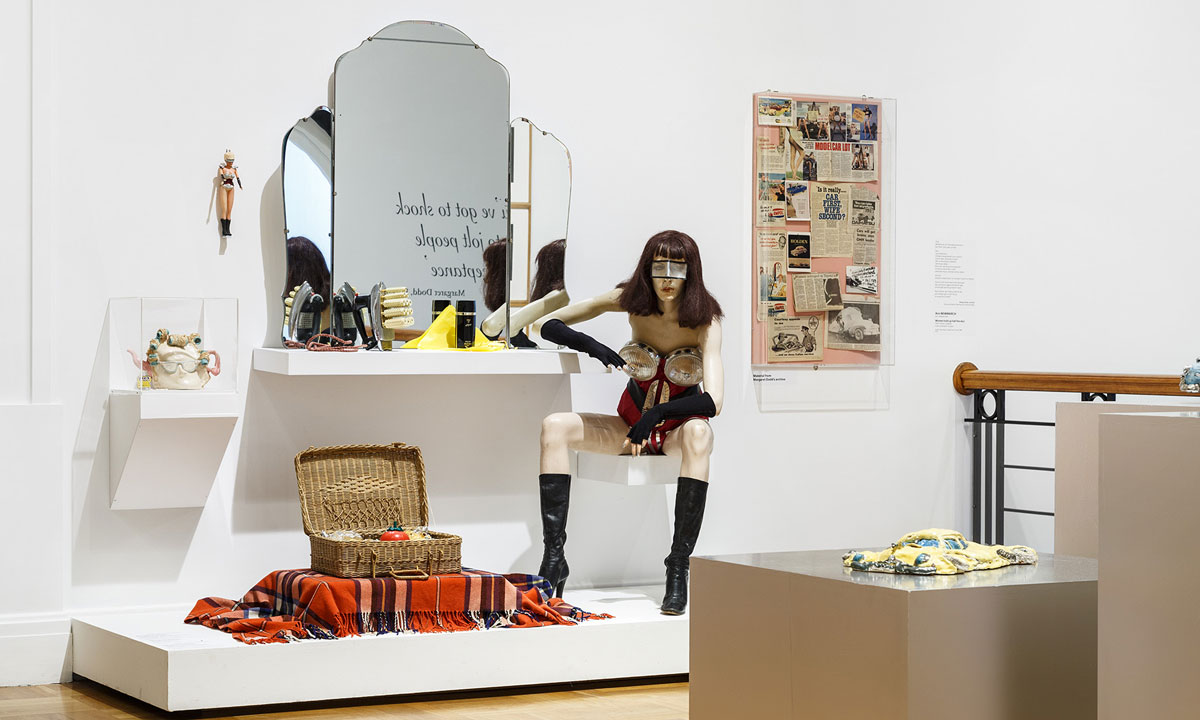 Along with these works, the display also includes costumes, props, and archival material relating to the film, as well as prints and photographs made by the artist’s contemporaries, Doug Nicholas, Jan Mackay and Clay Glen. First displayed at the Gallery in 1977, the series has now been formally acquired, through the generous support of the Lorraine Hossack Fund.

The display reflects the changes experienced by women in Australia, and yet further progress is needed to truly recognise and value the work of women in this country.

Margaret Dodd: New acquisitions is currently on display in Gallery 17 at the Art Gallery of South Australia

Rebecca Evans is curator of Decorative Arts & Design and Elle Freak is assistant curator of Australian Paintings and Sculpture at the Art Gallery of SA.

Listen to Margaret Dodd speak with SALIFE editor Penny Yap in the latest episode of SALIFE The Podcast.