Brian Seidel’s name bounced around the Adelaide arts world in the era when he taught art and designed stage sets. He had been a student of the celebrated artist Jeffrey Smart and, of all things, he was once talent-scouted by the great Sir Laurence Olivier for his skill in theatrical scene design.

He was very popular Adelaide artist with a high profile before he moved to Melbourne to take up a teaching position.

Brian Dunlop was a Sydney-born painter who had moved to Melbourne. The two Brians could have been resentful of each other’s success but they liked each other and admired each other’s work. They actually seemed to have liked painting each other.

They were never rivals – until now.

Wonderful works from the personal collections of both artists recently dropped onto the market as each of their estates became available. Now their works are hanging on exhibition together waiting for an August sale through renowned Adelaide art dealer Jim Elder, of Elder Fine Arts in North Adelaide.

“In life they were friends who liked to spend time together and share their love of art and now they have come onto the market together. It is remarkable. Serendipitous, perhaps.

“These paintings all are major works.” 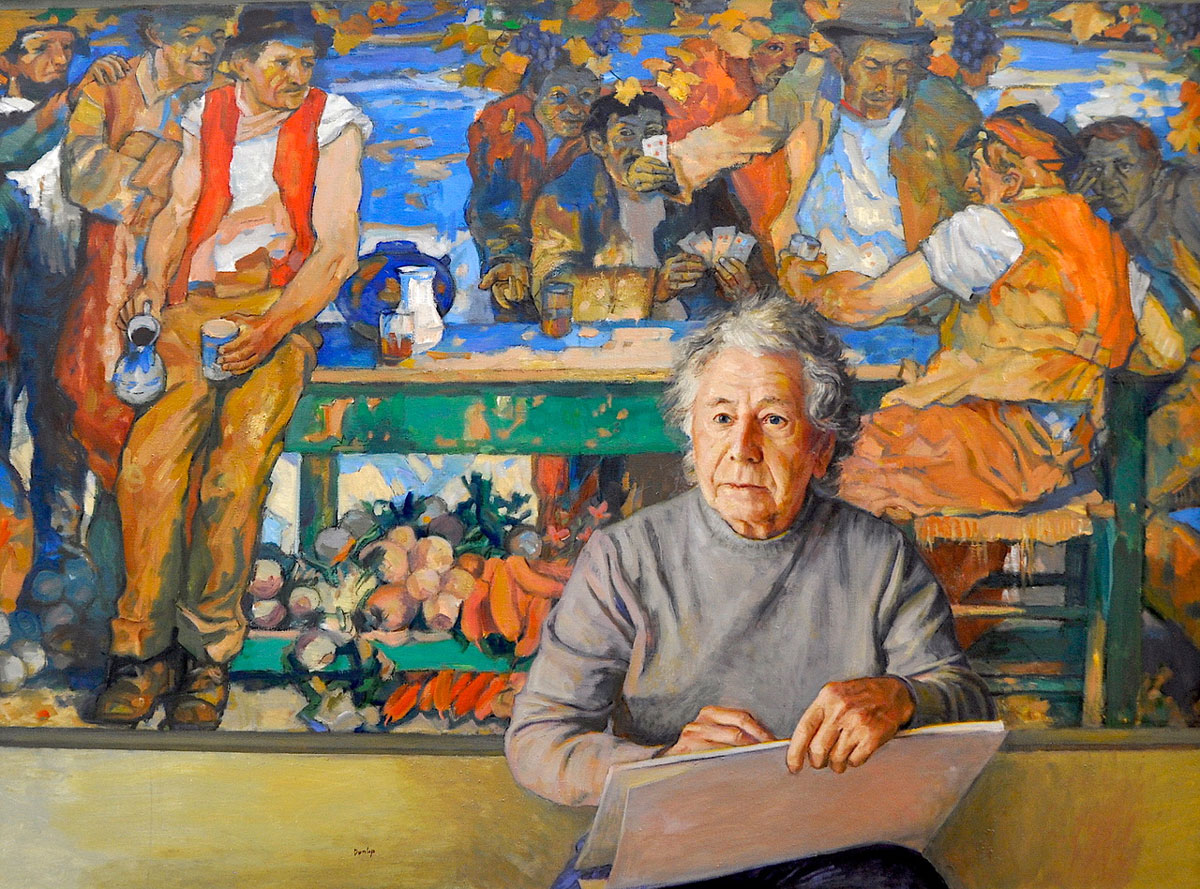 A portrait of Brian Seidel painted by Brian Dunlop.

Dunlop was a still-life and figurative painter but much in demand as a portraitist. He was famous for having painted Queen Elizabeth II and he was a 2005 finalist in the Archibald Prize and 1980 winner of the Sulman Prize.

He painted in Australia, Tuscany, Greece, and Morocco during his extensive travels, and became recognised as one of Australia’s most uncanny exponents of light. He also was very much an artist’s artist insofar as he was described as a man of “stubborn integrity”.

Dunlop’s works reiterated Renaissance references and, always, a sense of the wonderment of light. Hence his works often reference the love story of Orpheus and Eurydice, or the way in which light streams through windows and doorways.

Dunlop lived in Panton Hill, Victoria, and latterly, married to the poet and historian Lynne Strahan, in Port Victoria. 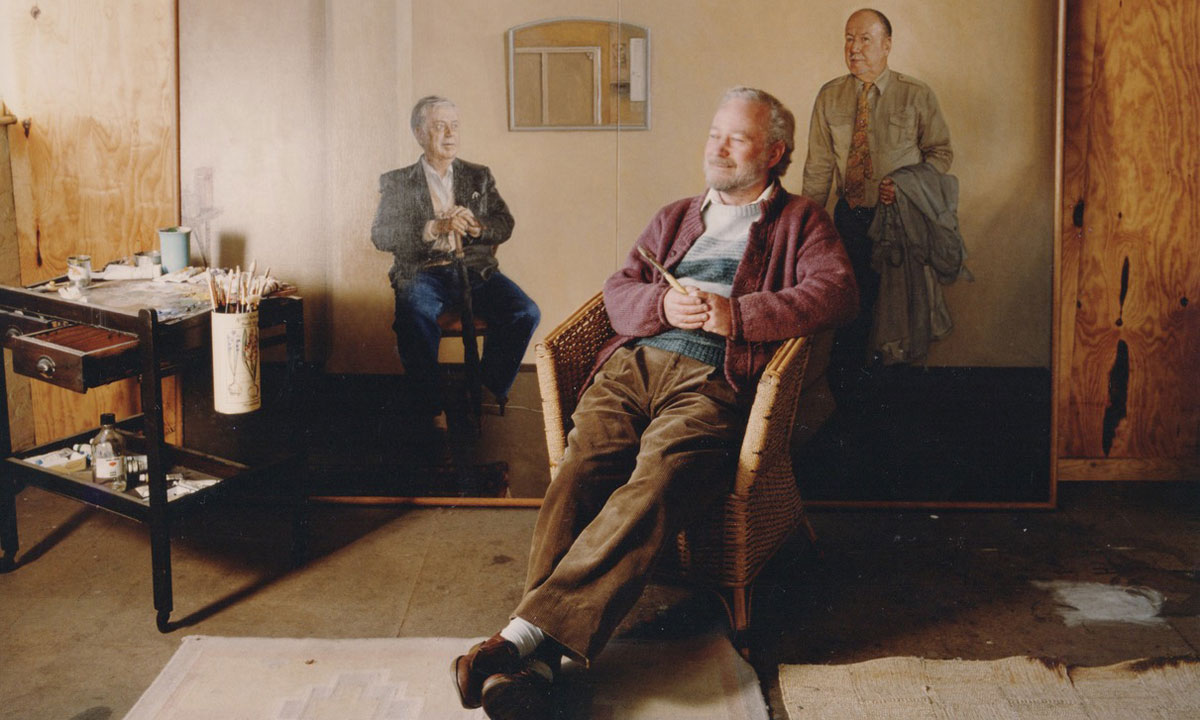 Brian Dunlop was in demand as a portraitist. Photo courtesy Dunlop estate

Brian Seidel was born to a German-speaking organist and a theatrically-inclined Adelaide seamstress, and showed his art talent in childhood. His future in art was ignited at the age of 10 in 1939, when his mother took him to the influential Modern French and British Art touring exhibition. The spirit of Matisse and Bonnard was to remain a spark in his work for life.

When Seidel was at Goodwood Technical High School, his teacher, the legendary hyperrealist and landscapist Jeffrey Smart, was quick to spot his potential, later describing his work as offering an “evocation of moments of rapture”.

As a young art teacher, Seidel was soon part of the fertile South Australian circle of artists such as Geoff Wilson, Ivor Hele, Pam Cleland, David Dridan and Horace Trenerry.

He was also very much in-demand as a theatre designer.  It was in that capacity that visiting superstar Laurence Olivier offered him a scholarship for theatre design. Seidel could not take it but later won a Fulbright scholarship which led to a master’s degree at the University of Iowa.

As a gregarious soul, Seidel’s studio was a lively world in North Adelaide. He had many solo shows, including at Kym Bonython’s gallery, and he became head of the Bedford Park College of Advanced Education, a position which spring-boarded him to become the founding head of the School of Art and Design of the Preston Institute in Melbourne.

In Melbourne, as a master painter and printmaker, he again had a busy and sociable studio and it was through these years that his friendship with Dunlop was cemented.

“Their styles were different, but their philosophies seemed warmly aligned,” reflects Jim Elder.

“Certainly, they were luminaries in a very vibrant period of the arts in Australia.”

The two Brians shared not only food, wine and their parallel lives as leading Australian artists, they were also drawn to choosing each other as special subjects for portraiture. Some of these works have ended up here, side by side, in Adelaide.