Retrograde tells a story that’s mirrored across the country: life-changing plans are thrown into disarray with the arrival of a global pandemic.

At the heart of the show is Maddie, a 30-something Brisbanite who is on the cusp of taking a leap to work and live in Seoul, South Korea, leaving behind a life of listless careers, a complex rental situation and a boring boyfriend.

It’s the move that will fix her life. Enter: COVID-19.

We’re fed all this information in episode one – Farewell, Brisbane! – via the medium of an online bar Maddie has created, where she’s video chatting her friends (and briefly, her boss and parents) when her life comes crashing down.

The immediacy of the pandemic mirrors how it arrived in many of our lives: one day everything was normal, the next day it wasn’t.

We see this in character Sophie, who’s immuno-compromised. She’s housebound before the official lockdown is declared.

Ramsay is already out prowling the streets searching for toilet paper – struggling to find that, hand sanitiser or tempeh anywhere.

When Maddie’s boss drops by the “bar”, he rants and raves that the virus is just a “Boomer” disease that is only a danger to the elderly and the sick.

As well as Maddie’s boring boyfriend, Rob (and his young daughter, who loathes Maddie), former flame Dylan drops by the bar, just to make sure this period of upheaval is properly heaved. 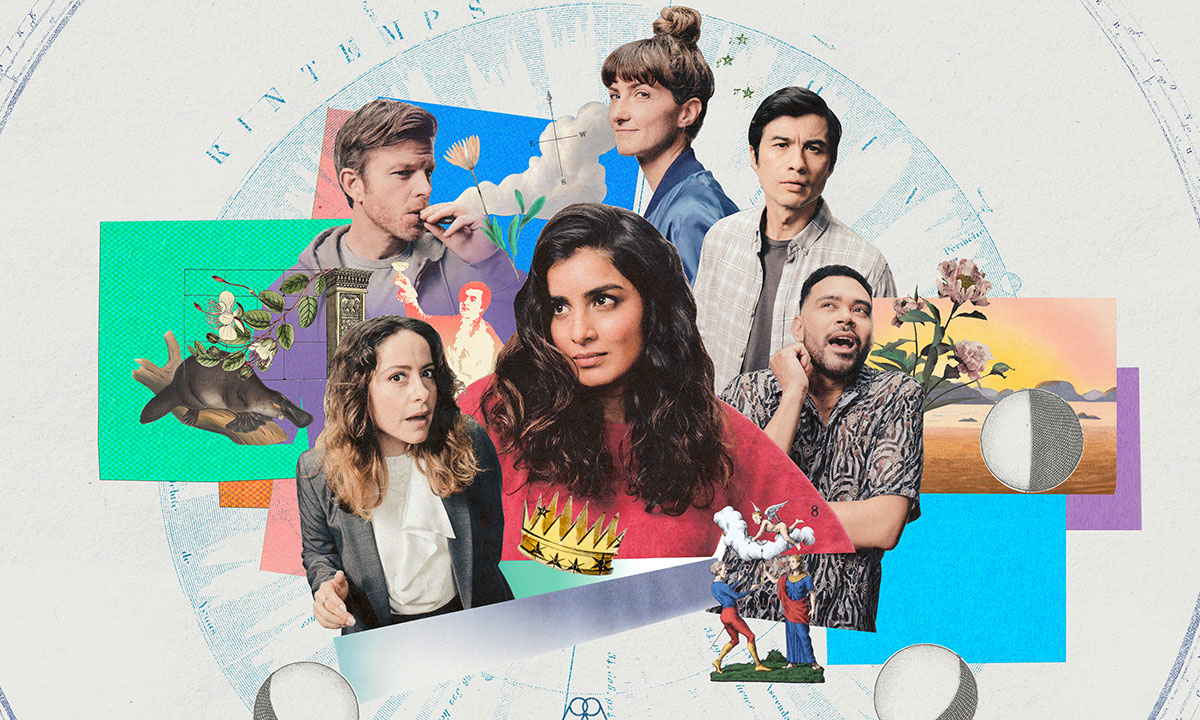 Retrograde was a quick turnaround: filming began in mid-June and the first episode hits screens on July 8 — which is remarkable regardless of the unprecedented circumstances under which it was made.

For those viewing in Victoria, the themes of impending lockdown and uncertainty will grate a bit too close to home. But there’s a comfort in knowing that these strange times did indeed happen to everyone.

The forced pause the pandemic brought to our lives means there has been a lot of time for self-reflection. People are reprioritising what’s important to them, making big life changes, like ending a long-term relationship or leaving the city behind and moving to the country.

This energy was something series co-creator Meg O’Connell tried to capture.

“The COVID-19 lockdown means the characters in Retrograde are finally having the existential crises they put off having in their 20s,” O’Connell says.

“They’re being forced to look at their reflections in the mirror (or video call) and are asking themselves: ‘Do I like what I see?’.”

Retrograde makes a slightly clunky first appearance, but it has enough intrigue to bring us back for the second episode, if not for the storyline then for the pure interest of how a TV show filmed under these circumstances will play out.