When Mikala Dwyer proposed her installation for the 2020 Adelaide Biennial of Australian Art: Monster Theatres more than a year ago, she had been researching the Quarantine or “Q” flag – a bright yellow maritime flag that was historically hoisted from ships to warn of disease on board.

For the Biennial, Dwyer had been invited to create a work in two parts – for the external neo-classical façade of the Art Gallery of South Australia, and for the internal vestibule – the first port of call and entry where visitors are welcomed into the gallery.

Responding to the dual provocation of the theatre and the monster, or warning, Dwyer wanted to create a Bay of Sick, a medical theatre turned dystopian wellness centre.

She cloaked the gallery’s columns floor to ceiling in acid yellow and black banners. This is then echoed inside on a vast 10m-long backdrop sporting a design with concentric circles referencing the biohazard symbol, like an ominous curtain setting the scene of what is to come, and a foreshadowing for a 21st-century global crisis. 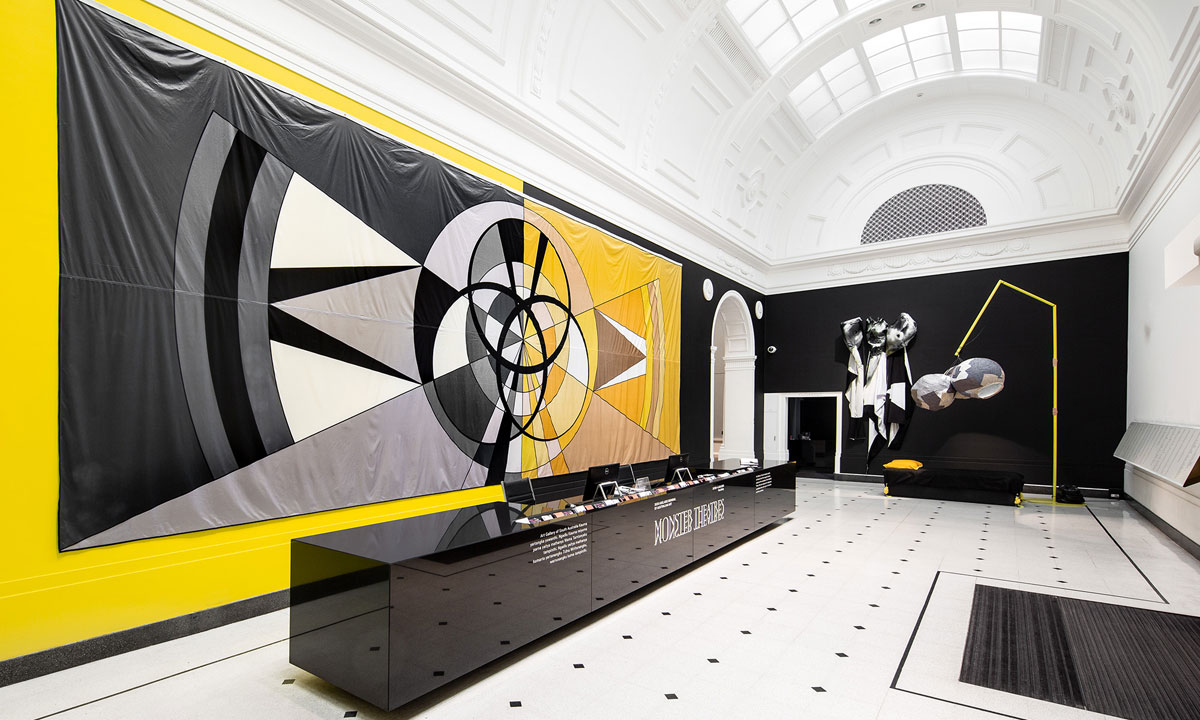 The space is divided into yellow on the left and black on the right. Behind the front desk, the gallery attendants wear aproned costumes designed by the artist.

Flanking the walls are large black and white caped costumes and beaked masks, like looming nurses or sentinels, not dissimilar to the masks worn by Venetian doctors during the Black Plague.

We opened the exhibition on February 29 BC, or “Before COVID” times, and had three weeks of “normal” attendance, seeing tens of thousands of visitors through the front doors. Then in late March, the Art Gallery of South Australia, alongside all galleries and museums around the world, closed its doors to the public for more than 10 weeks, re-opening on June 5. 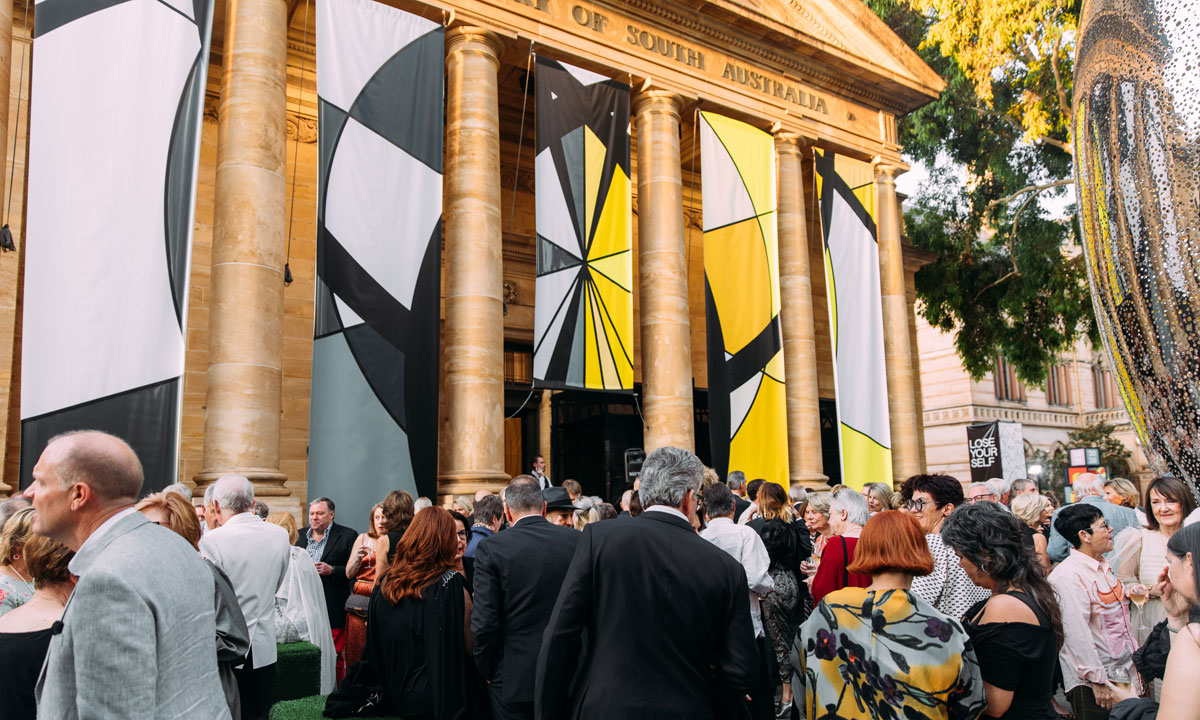 Dwyer’s work has always walked the line between ritual and kinship, interested in metaphysical exploration of space and the symbolic power of images.

In light of COVID-19, her installation reads as extraordinarily prophetic. Her theatre has re-opened, and has shifted dramatically from its “speculative” proposal, a work of science-fiction, into a docu-drama – a hyper-real sick bay where all visitors are treated like patients, and dutifully perform their roles like well-trained actors.

There are new props in the form of hand-sanitising stations and contact-tracing slips. There’s a revised script for all of us, but everyone already knows their marks and cues – signposted on the floor in yellow and black.

The time apart has made the space between us even more charged; we are all acutely aware of social and spatial distance. 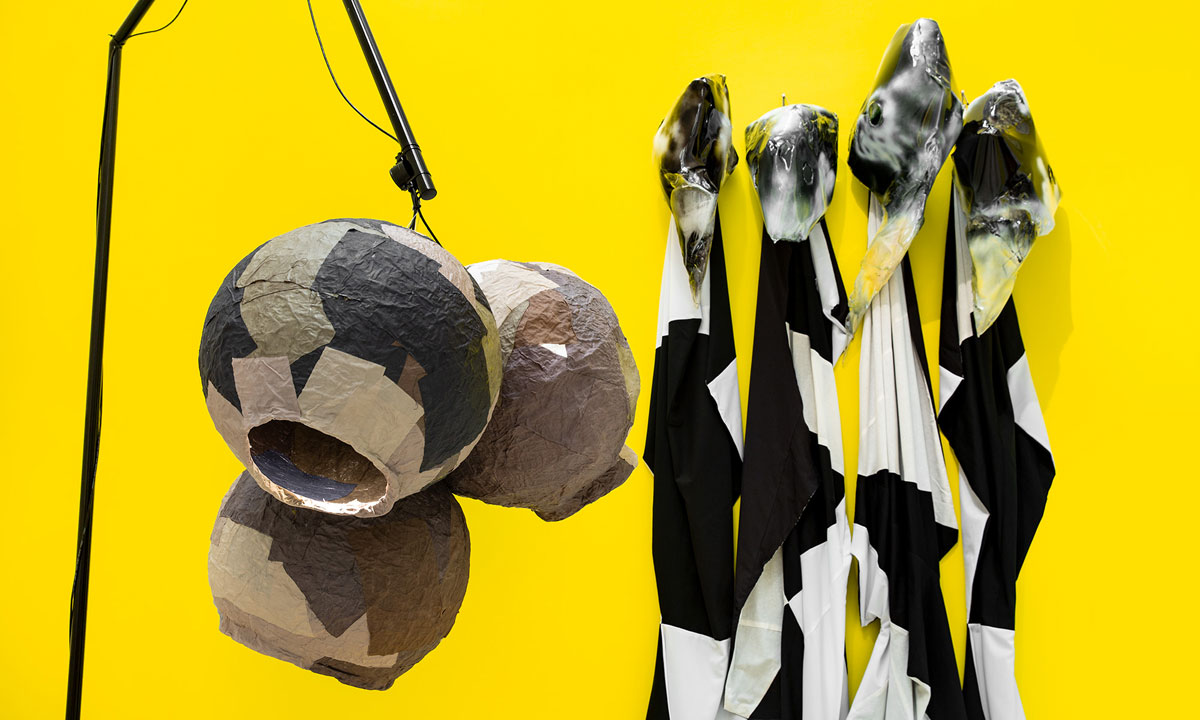 Dwyer’s installation speaks to the heightened sensitivities and remarkable ability of artists to tap into anxieties and fears, to not only heed the warnings but sound them louder. It is a threshold work that demarcates the boundary of a new reality; just as the present pandemic is a watershed moment in world history separating the past from an unclear future.

Whatever awaits, artists will be at the forefront of envisioning our shifting reality.

Leigh Robb is curator of the 2020 Adelaide Biennial of Australian Art: Monster Theatres, which is at the Art Gallery of SA until August 2, 2020.