One of the last remaining examples of the Tivoli theatres once found in capital cities across Australia, Her Majesty’s has been undergoing redevelopment since June 2018.

The Grote Street theatre was scheduled to officially reopen tonight with Six the Musical, part of the Adelaide Cabaret Festival.

While COVID-19 quashed those plans, the Adelaide Festival Centre has gone ahead with unveiling what CEO and artistic director Douglas Gautier describes as “one of the most exciting theatre projects in the country, if not in the world”.

He also announced today that the public will have their first opportunity to see a performance at the new theatre later this month with the presentation – albeit with just 20 audience members per session – of SA theatre company Slingsby’s family show The Tragical Life of Cheeseboy.

Her Maj’s heritage façade and eastern wall have been preserved in the rebuild, but everything else is new – including a 1467-seat auditorium over three levels, each of which has its own foyer bar; two sweeping staircases in the expanded main foyer; increased backstage areas; a large rehearsal space, and improved accessibility.

The theatre once again has a grand circle (the original was lost in an earlier redevelopment), as well as a new glass-fronted west wing that was made possible by the purchase of the adjacent site and has an open terrace at the top offering views over the city.

Gautier said the rebuild had been a “labour of love” over almost 10 years, with the AFC working with Adelaide-based COX Architecture to work out how the theatre could meet the needs of modern audiences while still honouring the original 1913 building.

“What you’ll see when you enter the auditorium is the sweep and the curve of the balconies and the woodwork, all of which was delivered by South Australian artisans – it’s just fantastic.

“It really honours the original very much because those original designs and photographs have been scoured over in great detail.

“But there’s also a feeling of the old and the new because the thing that really kicked this into touch was the purchase of No. 62 Grote Street right alongside it, because we didn’t have the room on the original site to put in everything a modern theatre needs.” 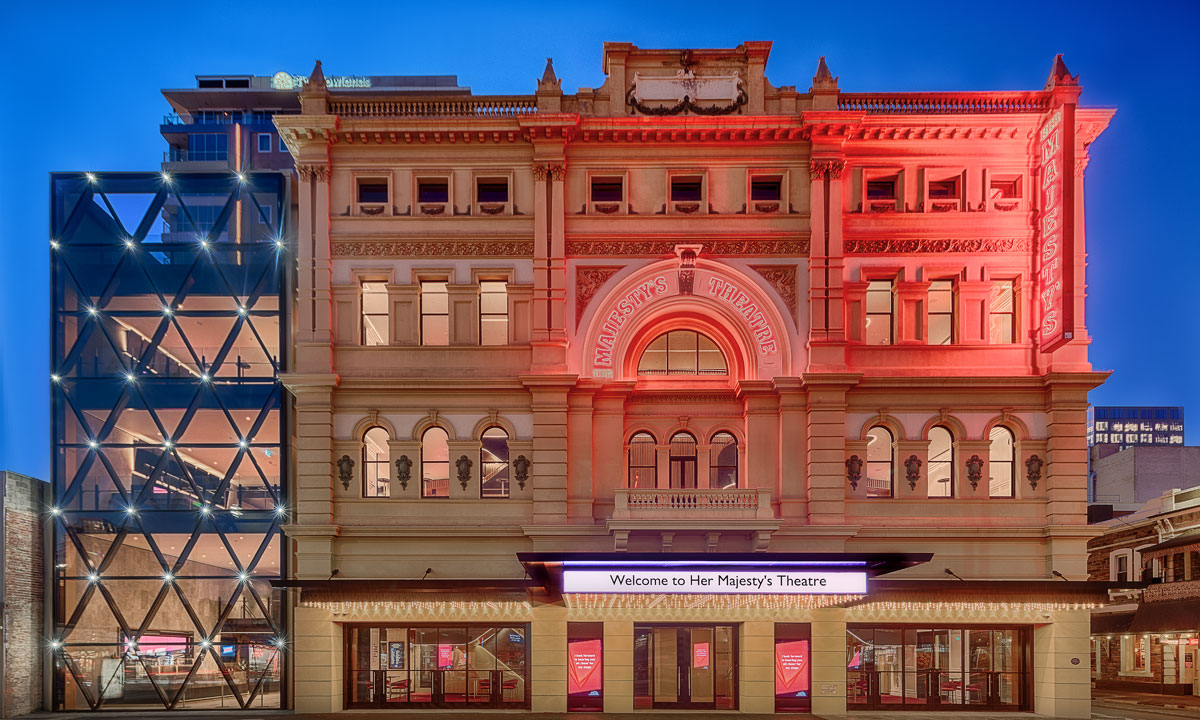 The facade of the rebuilt Her Majesty’s Theatre. Photo: Chris Oaten

Previous redevelopment work on Her Majesty’s Theatre in the 1960s and ’70s more than halved its original capacity to around 970 seats, which Gautier said meant it wasn’t commercially viable. Those works also resulted in poor sightlines from certain seats and removed some of the original architectural features.

“The interior of the theatre, when it opened, would have been very beautiful,” he said.

The new design reintroduces original Edwardian elements such as a pressed metal ceiling and elegant architraves, while the staircases are a nod to the Art Nouveau style that was in vogue when Her Maj was built.

The AFC says the increased capacity offered by the new theatre will take pressure off the Festival Theatre and means Adelaide will be able to host at least 50 extra performances a year, including more “commercial blockbuster shows”. 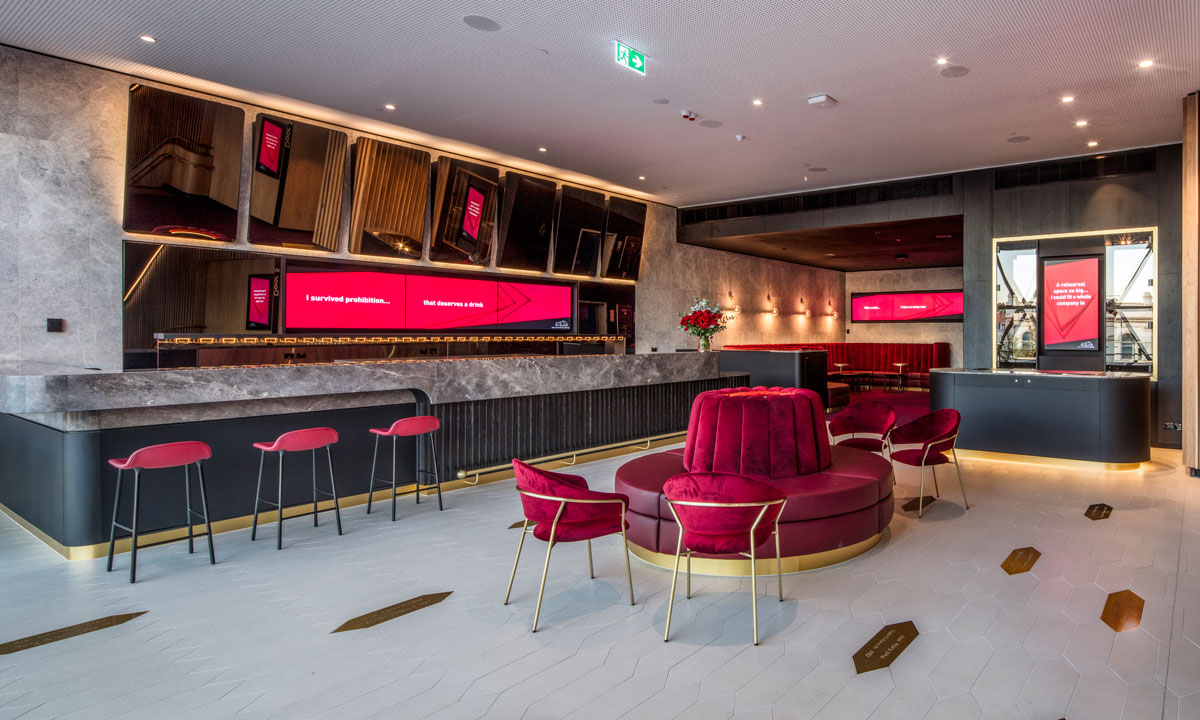 Gautier promises that computer modelling has also ensured there’s not a bad seat in the house.

“I love the intimacy, because it is an Edwardian theatre,” he says, when asked to name his favourite features of the theatre.

“It’s got three levels but none of them are very far from the stage, so it has tremendous intimacy.

“But the thing I really love is that it honours the history of that place. When you go into the new foyers in the new west wing you’ll see that on the floor there are a number of plaques that celebrate some of the great performers who graced the stage, from Luciano Pavarotti, when he was quite a young man … through to Joan Sutherland, Whoopi Goldberg, Lauren Bacall, an opera company which was formed by Paul Kelly’s grandfather, Don Bradman (who contributed music for a musical there in the mid-1930s)… all sorts of people who have been on the stage in that theatre.

“It’s just to remind people what an extraordinary theatre and place of coming together this theatre has been over 107 years and hopefully will be for the next 100 years.”

Her Maj’s “signature wall”, which is covered with the signatures of visiting stars, has also been reconstructed brick by brick backstage.

As for when members of the public will have the first opportunity to see a blockbuster show in the new-look theatre, Gautier said that was largely up to the health authorities, but he is hopeful it might happen before the end of this year.

Currently, under stage two of South Australia’s roadmap for easing COVID-19 restrictions, theatres and other arts venues can still have a maximum capacity of 80, with just 20 per room/group.

“We’re in discussions with promoters, government and local companies to work through the process as restrictions lift to make sure the theatre is utilised, but clearly we are looking at some stage to bring in a blockbuster to really kick it off,” Gautier said.

Meanwhile, AFC director of programming, development and venue sales Liz Hawkins said The Tragical Life of Cheeseboy – conceived and directed by Slingsby’s artistic director, Andy Packer – was a “beautiful production” for families which audiences would watch sitting on the stage.

“We are going to open up a lottery system because tickets are capped at 20 for those performances, but we are ready and prepared if government changes those restrictions in the next two weeks … we will be prepared to increased that capacity.”

Hawkins added that promoters would be making decisions in the coming months about major touring musicals: “We’re really optimistic about what things will look like in 2021 and even towards the end of 2020.” 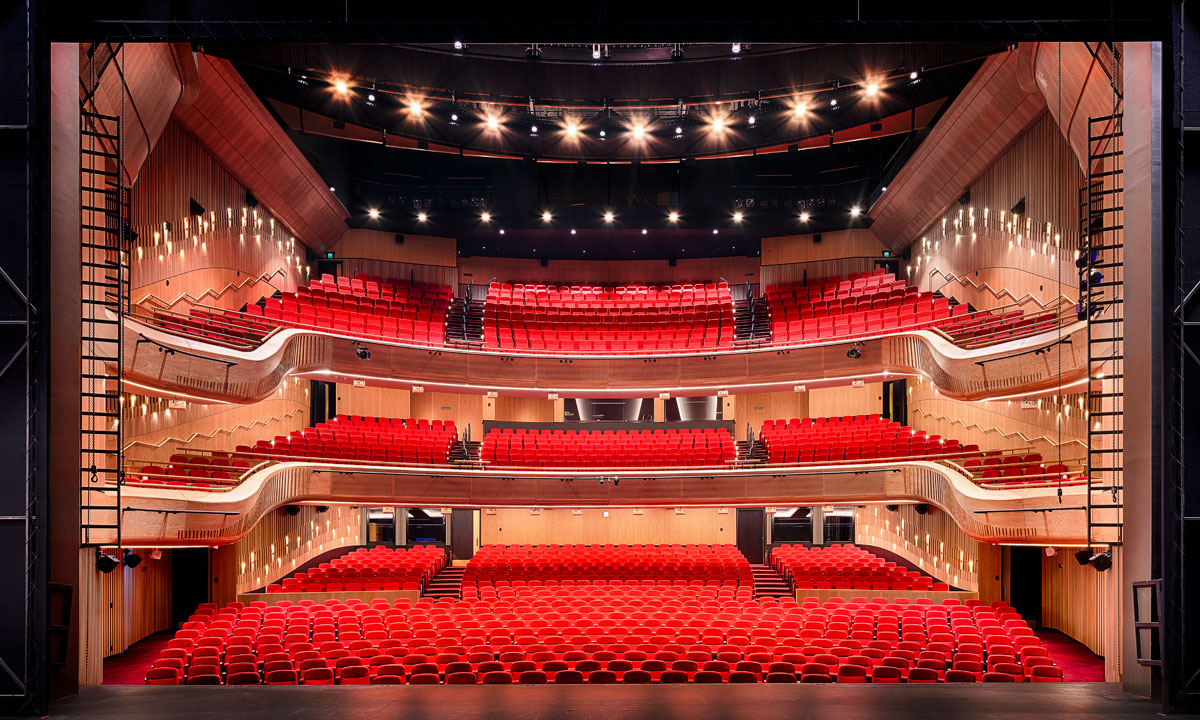 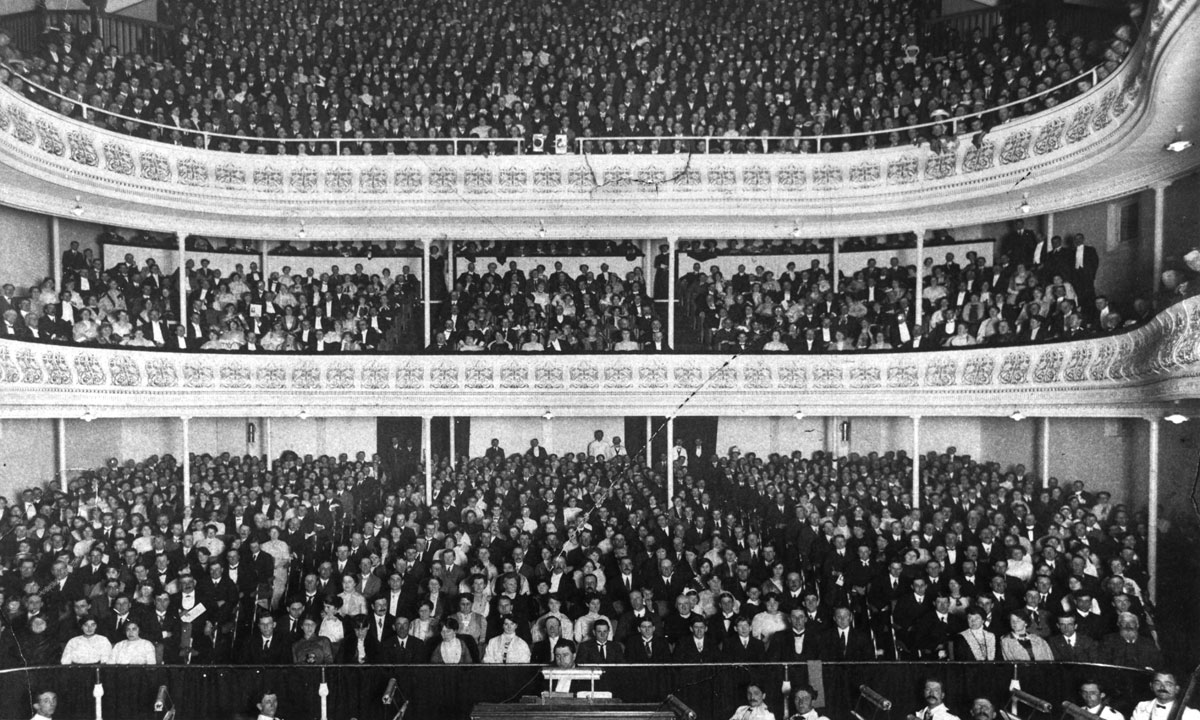 The pressed-metal ceiling is a nod to the theatre’s history. Photo: Chris Oaten 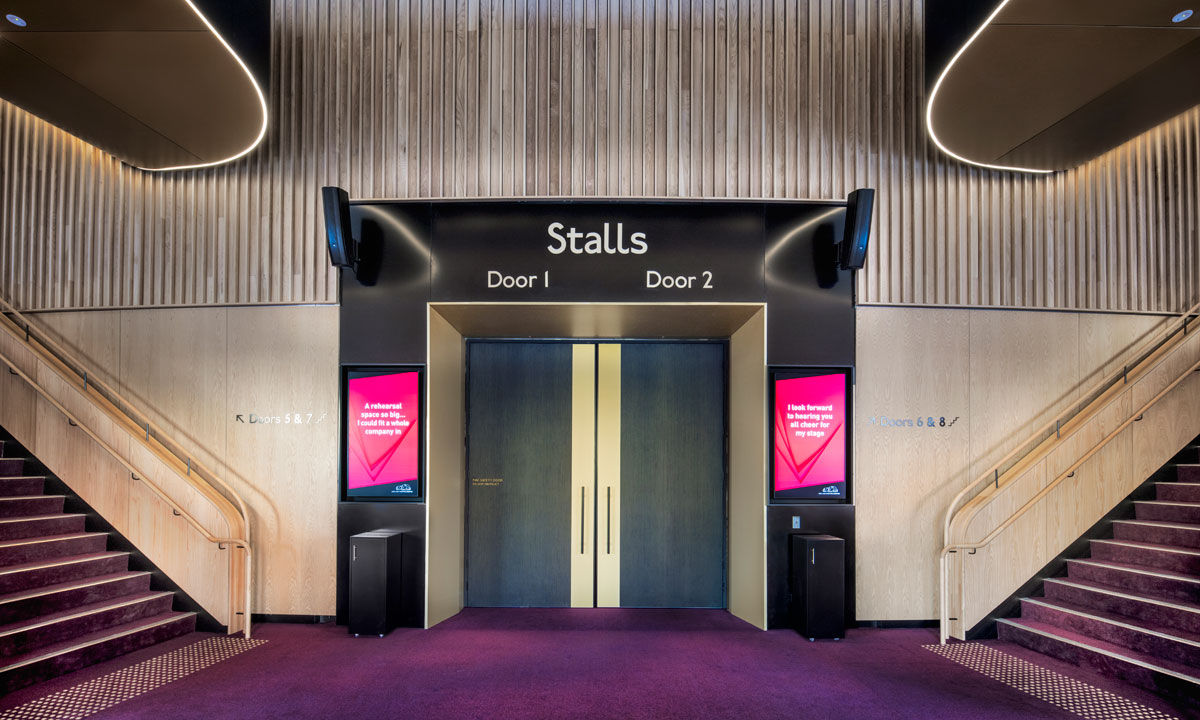 The entry to the theatre’s main stalls. Photo: Chris Oaten 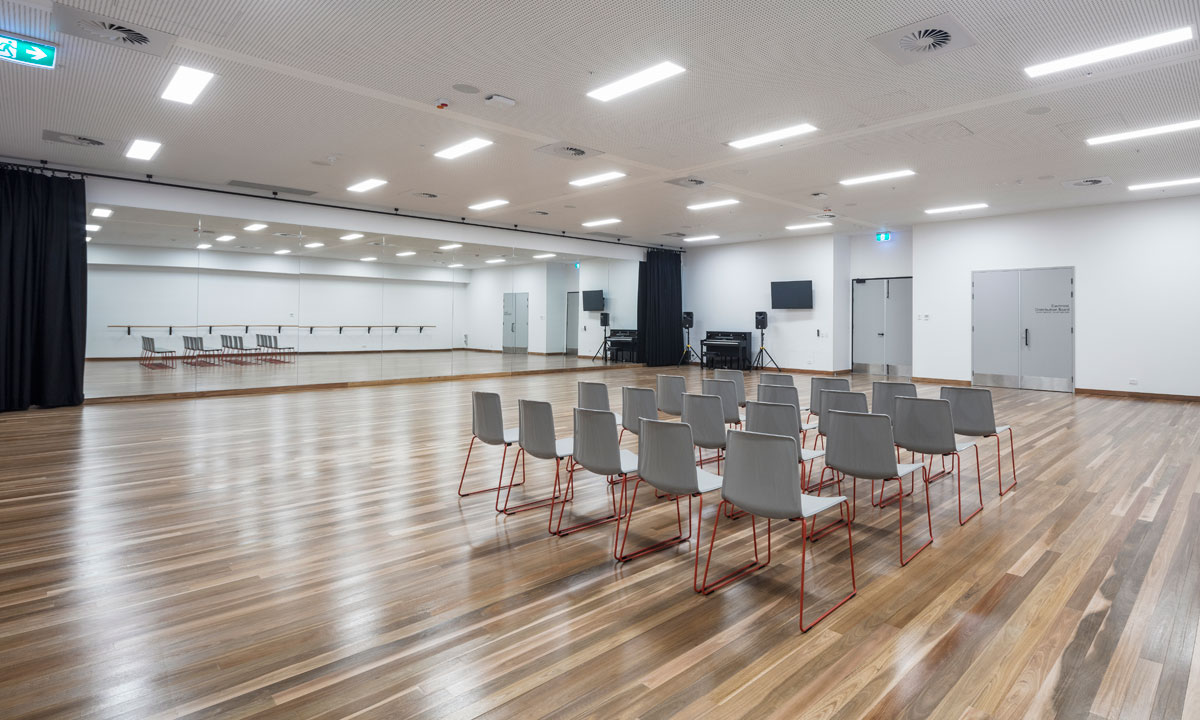 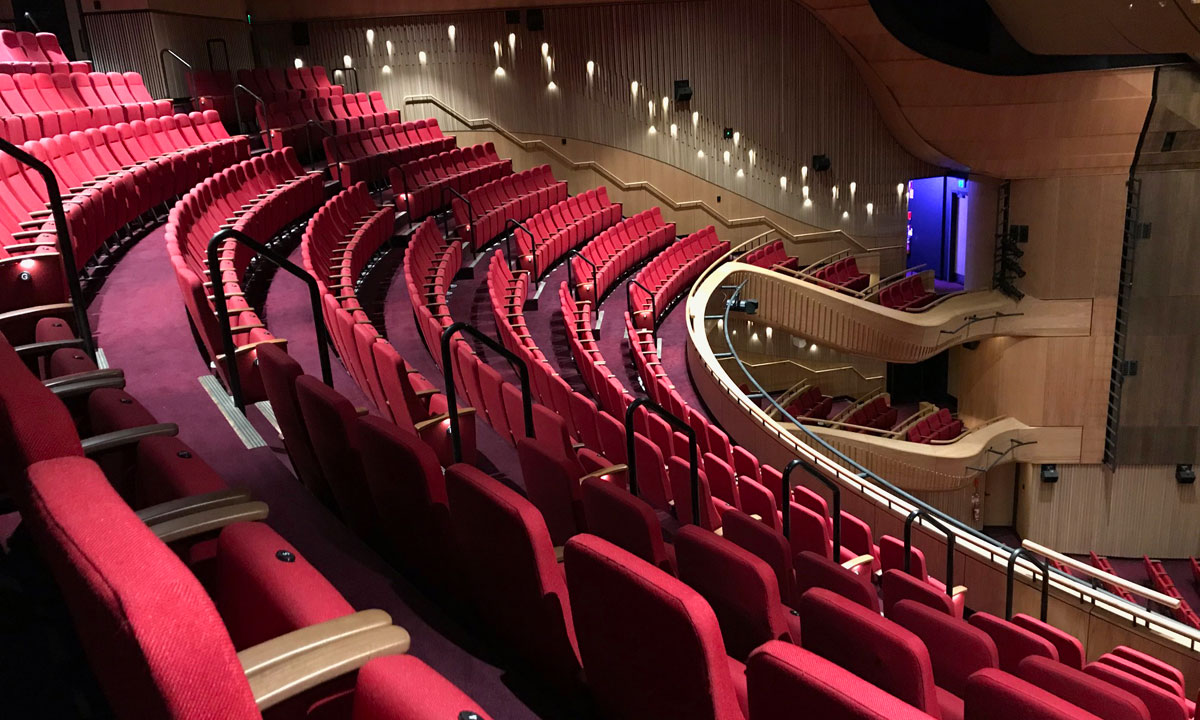 The view from the dress circle. Photo: Suzie Keen 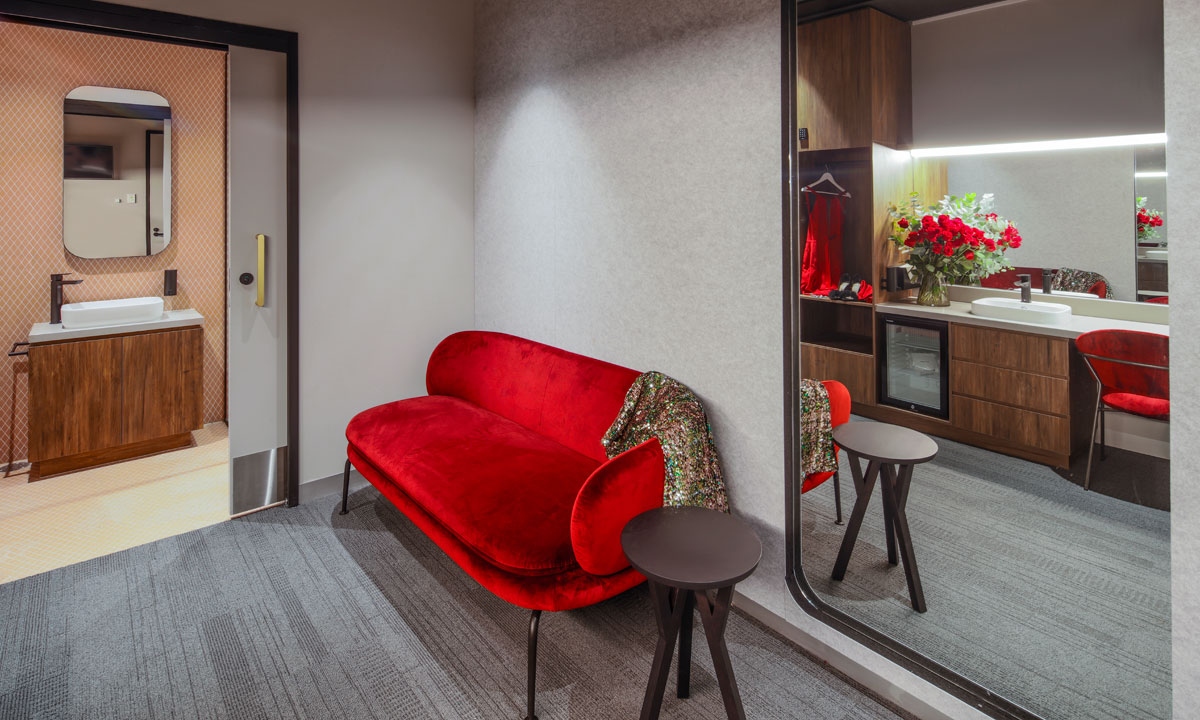 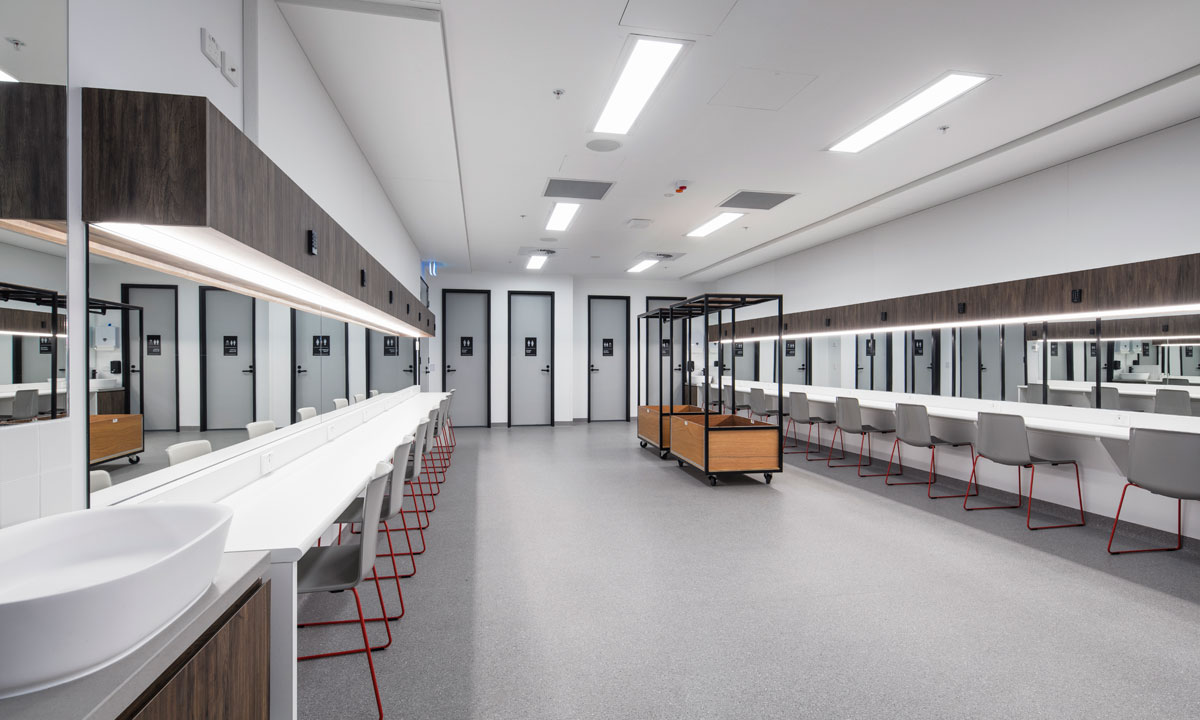 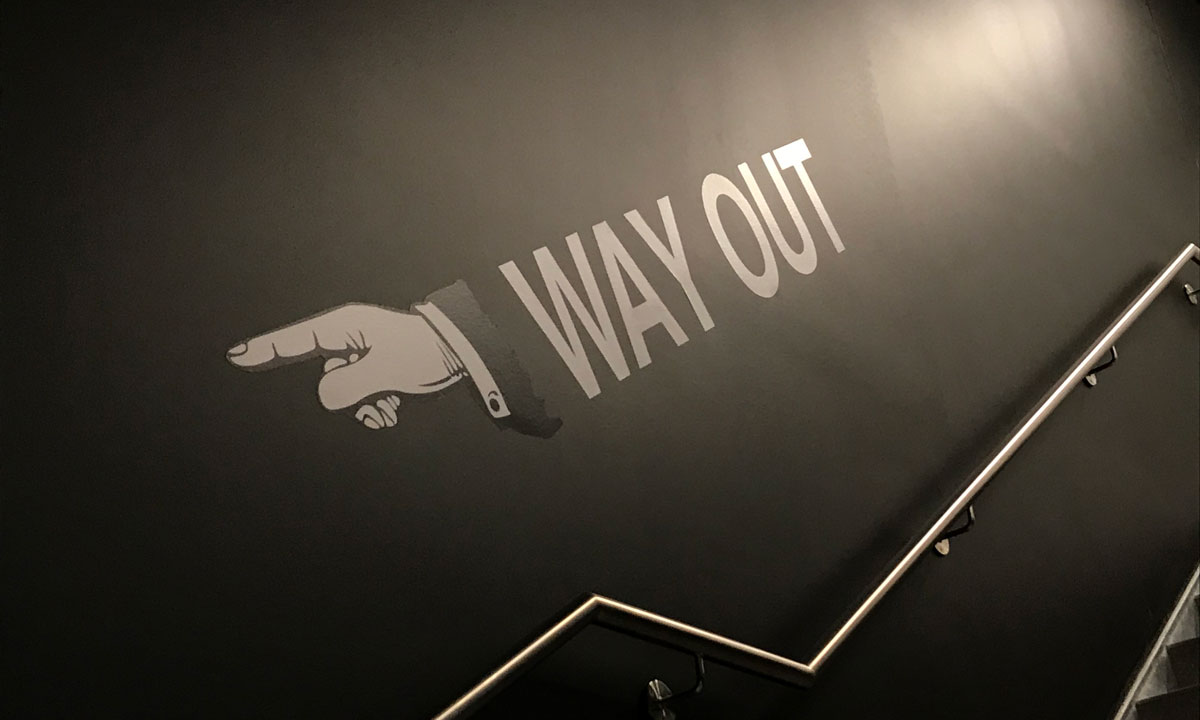 A re-creation of the exit sign which was painted on the stairway wall in the old theatre. Photo: Suzie Keen 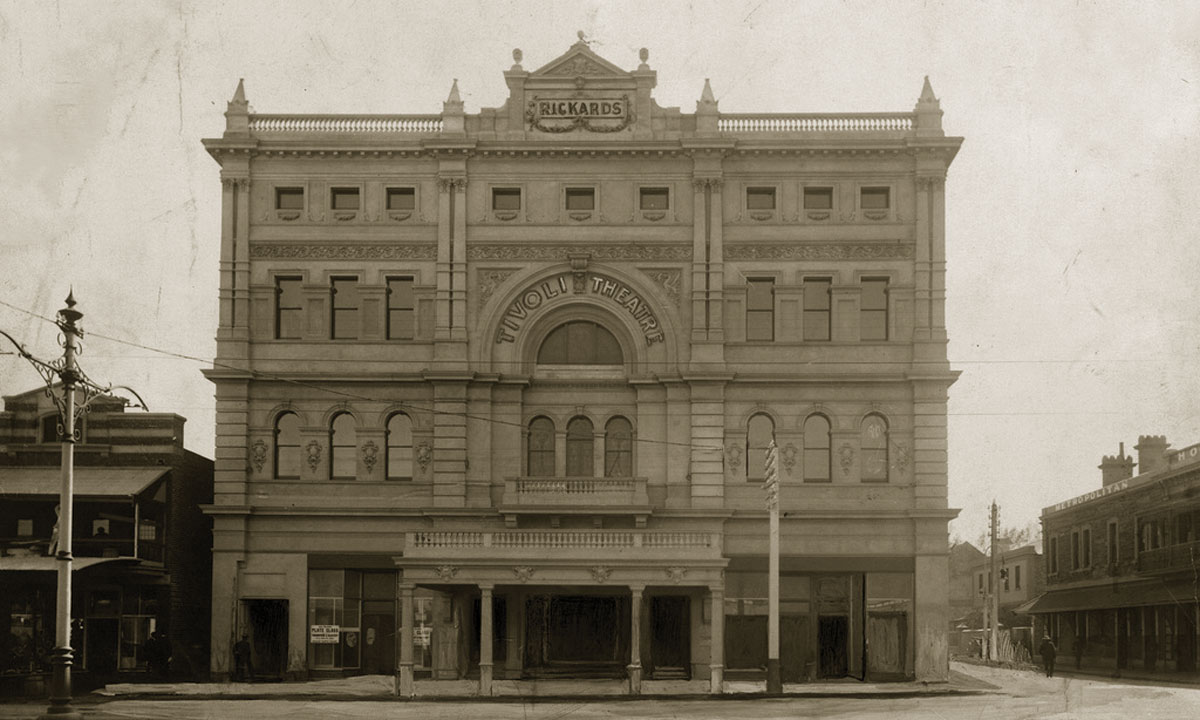 Her Majesty’s started life in 1913 as one of the iconic Tivoli theatres.