A major hurdle for venues is that while step two of the State Government’s roadmap for easing COVID-19 restrictions allows them to accommodate up to 80 people, it also specifies a maximum of just 20 “per room / group” with 1.5m between each person.

SA family-owned Wallis Cinemas will reopen its Mainline Drive-In at Gepps Cross this Friday, with reduced capacity of 350 cars per session rather than 750.

“We are quite blown away by the initial response – we’ve pre-sold 400 cars over four sessions,” marketing manager Paul Besanko told InDaily.

However, Besanko said there were no immediate plans to reopen Wallis cinemas in North Adelaide, Mitcham, Mt Barker, Noarlunga and Mildura, with the step-two limits on capacity meaning it simply wasn’t viable.

Another problem is the lack of new films available for screening, with major distributors putting the release of new blockbusters on hold due to the pandemic. The films Wallis is showing at the drive-in – including The Invisible Man and Bloodshot – were released just before the introduction of coronavirus restrictions.

“Warners say they won’t release films like the new Chris Nolan film Tenet (scheduled for July 23) until 80 per cent of cinemas in the world are open,” Besanko said.

“Those blockbusters lift the whole industry… until the big markets like America and China are open, the distributors are not going to release those big titles.”

Major Australian cinema chains Hoyts and Event Cinemas haven’t yet given a date for when they will re-open.

“We are anticipating a national approach to the re-opening of our cinemas, subject to the required government approvals (as part of Stage Three of the Australian Government’s COVID-Safe Plan) and availability of new-release Hollywood content,” Hoyts said in a statement.

“We hope to make more announcements in the coming weeks.”

Adelaide’s Palace Nova Cinemas has offered more cause for optimism, with state manager Karen Karpinski telling InDaily it is looking forward to re-commencing trade at its East End and Prospect cinemas “in close proximity” to SA’s relaxing of COVID-19 restrictions on June 1.

“We understand community concerns about adequate measures and will be finessing our approach in the coming days, but as is prudent we will be ensuring that the guidelines are not only met but exceeded,” Karpinski said.

She added that Palace Nova would resume the seasons of films that had their cinema run cut short due to the pandemic, but was also “working hard” to secure new releases.

The situation seems to be even more complex for theatres presenting live performance, with the lockdown meaning artists and arts companies have been unable to rehearse new work and have already cancelled performances scheduled for the coming months.

The Adelaide Festival Centre, which closed to the public on March 17, said yesterday it had no set date yet for the reopening of its venues.

“Scheduling performances takes time and planning, and we hope to provide more information on upcoming shows as soon as possible,” a spokesperson said.

“There is great enthusiasm and determination across the arts sector to get back to the business of presenting live entertainment. We will all work within the parameters we are given to ensure the safety of artists, patrons and staff.

“As the state’s major arts centre, we need to discuss these options with arts organisations and artists who use and hire our venues, including home companies and other presenting partners.” 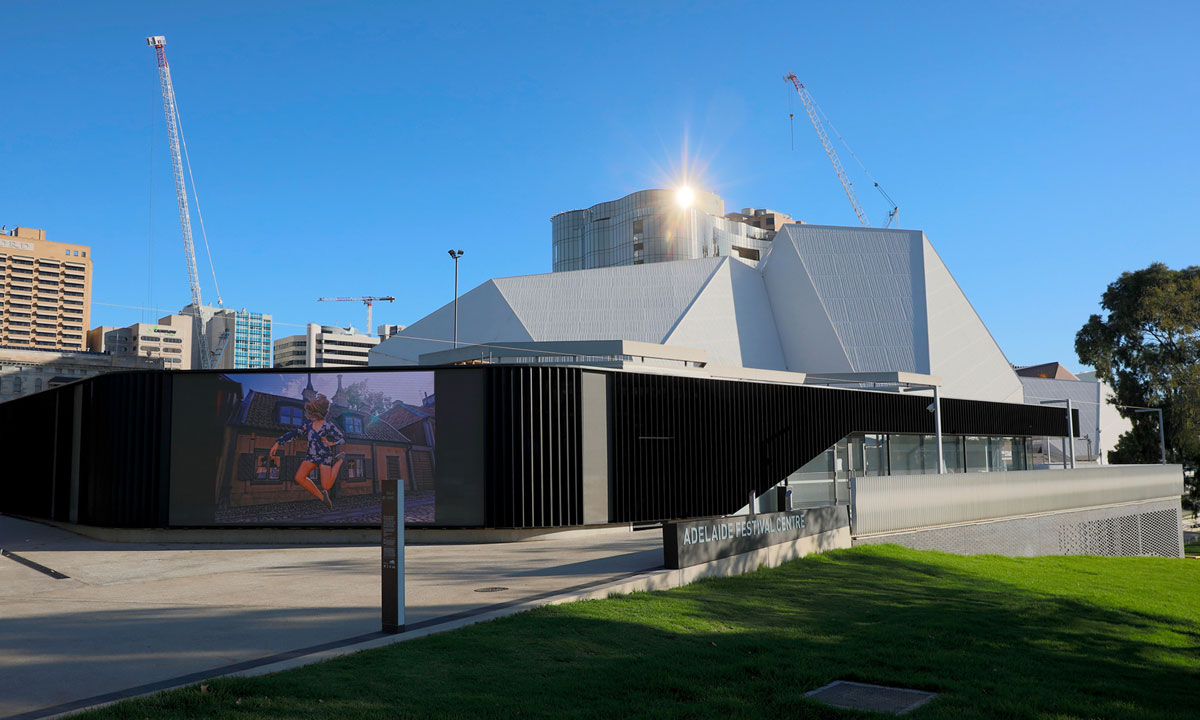 The Festival Centre doesn’t yet have a reopening date. Photo: Tony Lewis

The Festival Centre is presenting a bite-sized digital version of the annual Adelaide Cabaret Festival from June 5-20, and also launched an online hub this month to showcase the digital projects being presented by local organisations such as the State Theatre Company of SA, Adelaide Symphony Orchestra, Australian Dance Theatre and Windmill Theatre.

State Theatre’s scheduled shows for June and July, The 7 Stages of Grieving and The Writer, were both co-productions with Sydney Theatre Company and were cancelled in April due to COVID-19.

Artistic director Mitchell Butel said yesterday the company was planning to re-open its 2020 season with its production of the Victorian thriller Gaslight in September, but would inform patrons if there were any changes.

Windmill Theatre’s executive producer Kaye Weeks said it was thrilled there was some movement towards reopening theatres, adding that it was talking regularly with the AFC and industry colleagues to work through issues related to hygiene, audience spacing and other protocols.

“We have an October season of Grug scheduled, which luckily is one of our smaller-scale shows, and we’re optimistic we can make it work.

“We’ve had contact from some of our regular audiences asking when we’re planning on coming back, so we know there’s some demand. After so many heart-breaking cancellations, we’re busting to get our artists back on stage as soon as it is safe to do so.” 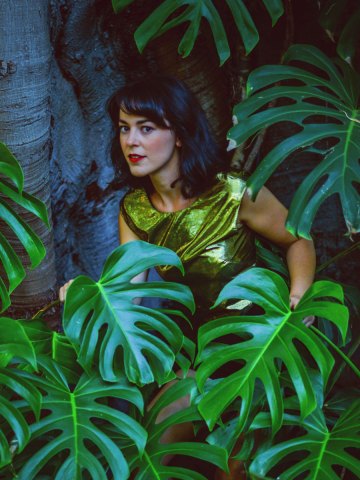 Rumpus has delayed the season of Chameleon, created and produced by Britt Plummer.

Although smaller arts companies may appear to have more flexibility, the independent theatre makers at Bowden-based collective Rumpus say it’s still not viable to return to full production immediately.

Co-founder Rebecca Mayo said it had decided to delay the season of Chameleon, a show created by actress and clown Britt Plummer which was to have opened the company’s 2020 line-up in July.

Mayo said Rumpus, which has its own theatre with a capacity of around 50, was now looking at how it could get audiences back within the restrictions that will remain in place after June 1. It is confident it will be able to present all the works it had planned for this year, even if some must be rescheduled for 2021.

“It’s exciting that the restrictions have eased ahead of time but of course it’s not quite such a quick turnaround for theatres … it’s definitely a moveable beast but we are well placed to hopefully be able to be one of the first ones to welcome people back to the theatre.”

The Adelaide Symphony Orchestra has cancelled or postponed all its scheduled activities until late August, but its members will be returning to rehearse in sections and “instrument families” from June 9.

With the easing of COVID-19 restrictions, managing director Vincent Ciccarello said it also intended to present live performances with smaller ensembles and socially-distanced audiences, probably in its Grainger Studio, “at the earliest possible opportunity – hopefully in July”.

“Of course, there are enormous logistical and financial challenges to overcome but we’re keen to bring the ASO family back into the fold, as soon as we can,” he said.

“We expect we’ll need to negotiate some things with health authorities to ensure our plans are entirely COVID-safe. We’re working on a range of ensemble, repertoire, staging and seating scenarios right now.”

South Australian art galleries and museums are also able to open from June 1, with the Art Gallery of SA announcing yesterday that it had brought forward its planned reopening to June 5, ahead of the long weekend.