Slick direction that captures the harsh beauty of the Australian desert and tension between the law and Indigenous lore are distinguishing features of this moody ABC drama. The first season – with Rachel Perkins at the helm – saw Detective Jay Swan (Aaron Pedersen) investigating the disappearance of two young jackaroos on a cattle station. Season two, directed by Warwick Thornton (Sweet Country) and Wayne Blair (Top End Wedding), premiered last week and finds Swan in a new town taking on a case sparked by the discovery of a headless body in the mangroves. The detective’s prickly, laconic character sets the tone of the drama, which has plenty of intrigue and conflict to keep viewers coming back. The Mystery Road cast also includes Tasma Walton and Sofia Helin (star of Danish thriller The Bridge), with new episodes screening on Sunday nights on ABC TV. The full first season and episode one are available on iView.

The Secrets She Keeps

This six-part suburban thriller is based on the book of the same name by Australian author Michael Robotham. The story revolves around two women: mother-of-two Meaghan, a glamorous “mummy blogger” married to a TV sports reporter, and Agatha, a lonely supermarket worker who lives by herself and has an ex-lover in the navy. The pair, who meet at Agatha’s work in an affluent Sydney suburb, are both heavily pregnant – but the other thing they have in common is that they each have secrets. Robotham’s book was a bestseller and, based on episode one, the six-part series should be a winner with fans of the genre – especially given the strong performances by English actress Laura Carmichael (best known as Lady Edith in Downton Abbey) and Australian Jessica De Gouw (The Hunting, The Crown). The full series was briefly dropped on 10Play as part of the network’s “Ten Days of Coronamas” promotion, but while episode one is still available, you’ll now have to tune in to Ten on Wednesdays for the rest.

Streaming service Stan’s sci-fi-mystery-drama boasts a strong cast – including Jacki Weaver, Bryan Brown and Ryan Corr – and an intriguing premise that plays on a human yearning for a fountain of youth. In this case, the “fountain” is a new plant that appears in a Victorian country town a year after a terrible flood that killed five residents. Ray Reed (Brown) is the first to discover the mysterious berries, which seem like a godsend given that his former actress wife Gwen (Weaver) suffers Alzheimer’s disease – but, inevitably, there’s a sting in the tail and it has broad reverberations. After the success of season one, Stan has this month released the second season of Bloom, which sees a fresh version of the plant with even stronger rejuvenating powers, plus new arrivals in town and the eruption of a battle between science and faith.

How to Stay Married

Comedian Peter Helliar’s TV series about the domestic dramas of the Butler family offers a much-needed laugh during these COVID-19 times, and perhaps a reminder to take relationship niggles a little less seriously. How to Stay Married launched on Ten in 2018 as a spin-off from the ABC series It’s a Date, with Helliar writing the script and embodying the role of Greg, a dad-of-two who becomes a house husband after he’s made redundant and his wife Em (Lisa McCune) goes back to work at a publishing house. There’s shenanigans aplenty in series two, which was available for a limited time on 10Play but has been removed ahead of its May 5 launch on Ten. Em faces a thorny dilemma when her boss Audrey (a delightfully over-the-top Judith Lucy) steamrolls her into writing a book about her “shit husband”, while Greg is desperate to organise a family holiday – on a cruise. 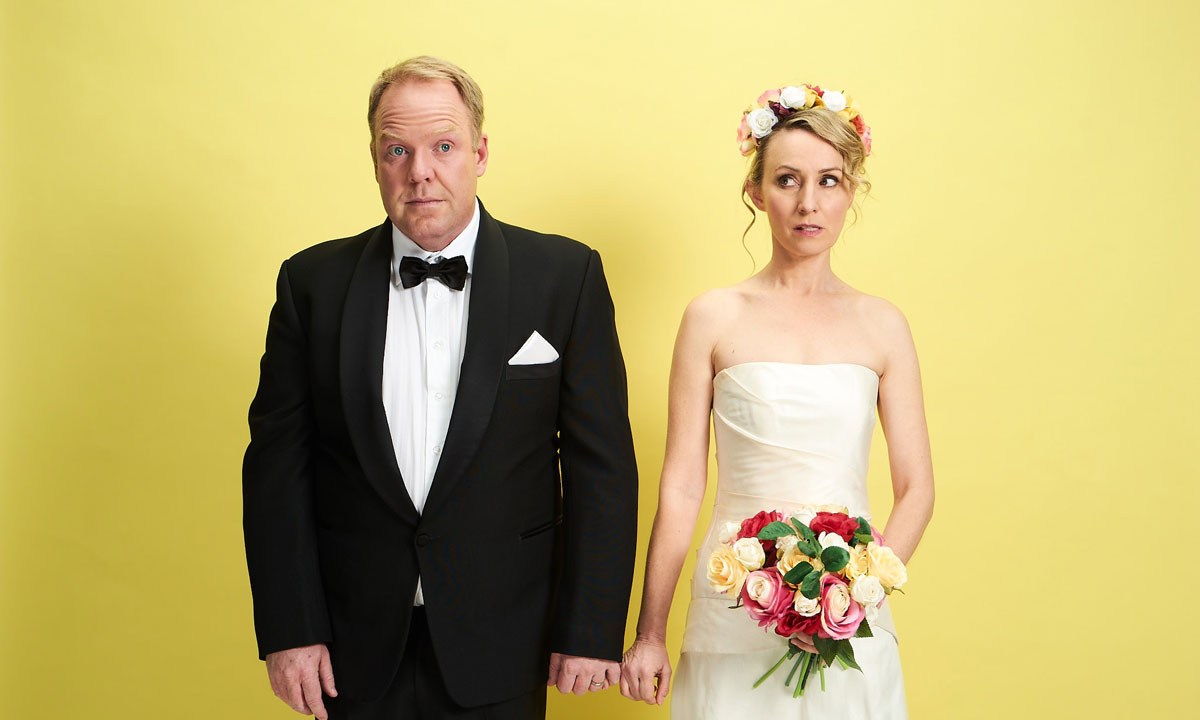 Deborah Mailman is brilliant in this six-part political drama about a reluctant hero who becomes a senator with hopes of furthering the interests of her Indigenous community in Queensland but quickly discovers that she’s only been recruited by the prime minister (Rachel Griffiths) to further her own agenda. The series aired on ABC late last year, but is still available on iView and worth checking out if you haven’t yet seen it. It’s exceptionally well made (Rachel Perkins, who also directed Bran Nue Dae and season one of Mystery Road, is the director), and the themes – political betrayals and factional back-room deals, Aboriginal death in custody, land rights – hit close to home, but it’s the fast-paced and compelling story that’s the clincher.

When it launched in December – during the bushfires that saw Sydney shrouded in smoke for weeks – The Commons seemed ominously prophetic. Now, during the current pandemic, it resonates even more. The eight-part Stan drama  is set in the near-future, where climate change has had devastating impacts. Eadie (Joanne Froggatt) is a neuropsychologist at a hospital, while her husband Lloyd (David Lyons) and his friend Shay (Ryan Corr) are scientists trying to find a way to combat a deadly disease called Chagas. The couple’s desire to have a child provides a key thread of the storyline, but there’s much more going on in this dystopian world where Sydney has essentially been quarantined from the rest of the country, drones fly over the streets to check on people’s location and a border control post restricts who can enter the city.