Bezor, who had battled ovarian cancer, passed away at the age of 69 on January 9 – just three months after her final exhibitions, Ricochet and Ricochet 2, were held at the Hill Smith Gallery (HSG) in Adelaide and the Aptos Cruz Galleries in Stirling.

Ricochet featured mostly new paintings, while Ricochet 2 was a companion retrospective, with HSG saying the two exhibitions combined stood as testament to Bezor’s skill and relevance as an artist, “as well as her tenacity and strength in the face of a debilitating illness”.

“We have lost a great character and a true bohemian whose devotion to her art practice was captive to her great theme of investigating the problematic nature of beauty and celebrity,” HSG director Margo Hill-Smith said of the artist’s death.

“A wonderful person, resolute and ambitious with her own vision, she will be missed and leaves an amazing legacy in her paintings for us all.”

Annette Bezor graduated from the SA School of Art in the late 1970s, and went on to build a successful career, showing her work extensively in Australia and overseas. She was a finalist in major art prizes including the Archibald Prize, the Doug Moran Portrait Prize and the Sulman Prize.

The Art Gallery of South Australia holds six of Bezor’s works – from 1980 to 2009 – in its collection. The earliest of these, Jackie and Jude (Version ii), has been put on display in Gallery 6 as a tribute to her legacy.

“It’s a large painting that cleverly reveals this idea of perception and representation,” said AGSA assistant director of artistic programs Lisa Slade.  “The frame has been made by her, too, and sitting on the frame are these mirrors, so we see ourselves in the work.” 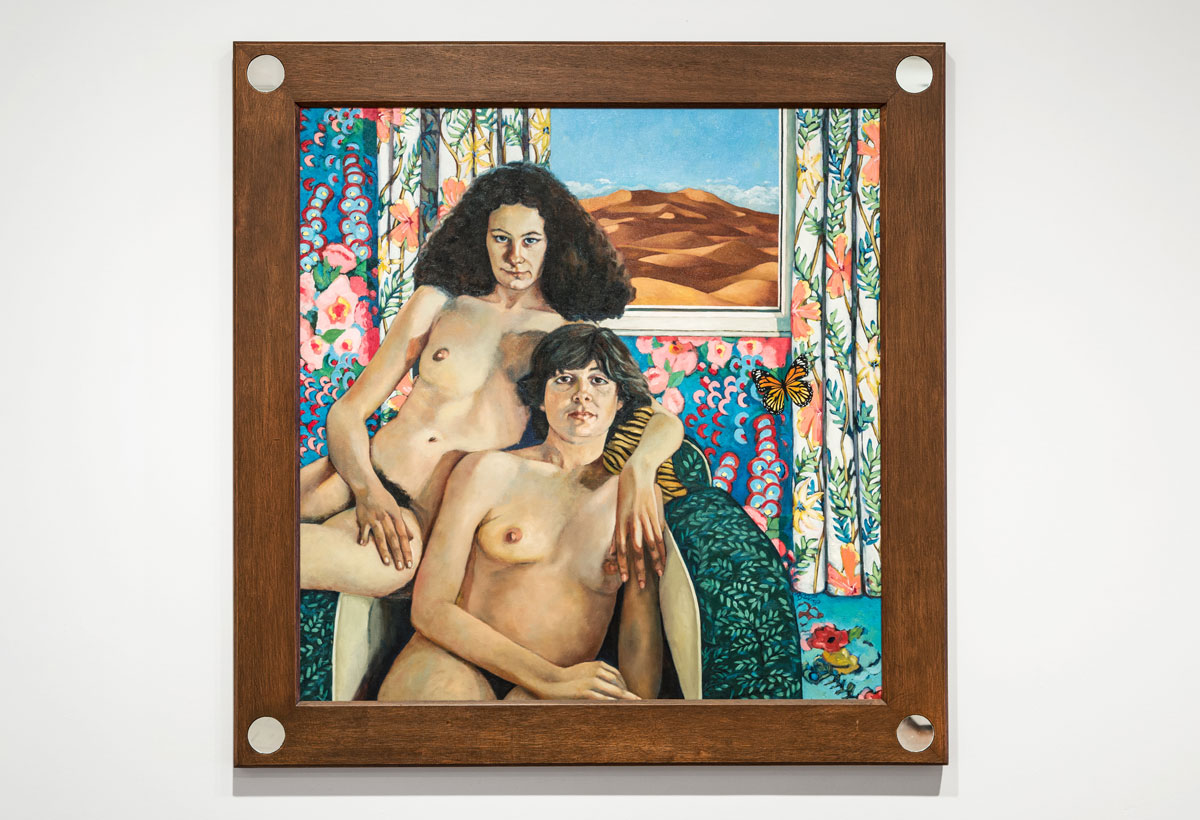 Slade said Bezor is celebrated as one of South Australia’s most talented painters.

She first discovered Bezor’s paintings while working as an art teacher in Sydney the 1990s and seeking inspiration for her female students when the work of women artists was poorly represented in official histories. Slade says she was struck by the artist’s incredible skill, and the way in which she took images from art history – especially female nudes – and reworked them into her own paintings.

“It was so powerful, subversive and brave to be doing that, and she did it with such virtuosity; it was compelling … now I’m in Adelaide, I’m interested in this strong realist tradition of which she was a part.

“What I love about Annette is that she flipped it. She wasn’t happy just to replicate the realist canon … she was adding a level of social and cultural commentary.”

Bezor’s more recent work saw her take images of women from classical painting, popular culture and contemporary decorative art and re-create them as “stylised icons” in an attempt to subvert the power or the original pictures. 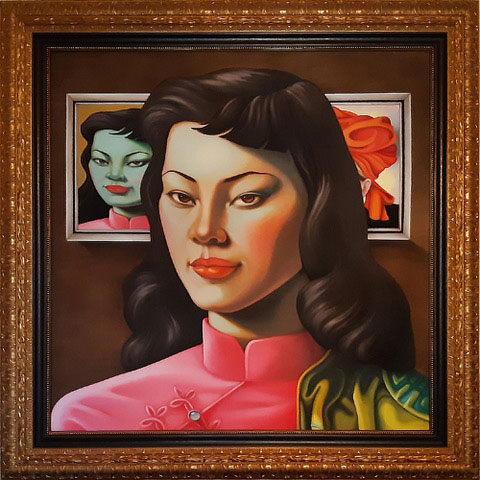 Miss Wong and Me, by Annette Bezor, from the Ricochet exhibition.

The new works in the Ricochet exhibition depicted paintings within paintings to create multiple versions of the same subject.

Bezor included images of herself within three of the works, with the exhibition’s accompanying artist statement saying it was a way to echo “our duality as viewers and as objects of scrutiny, especially within social media”.

A photo of Annette Bezor used in the exhibition catalogue for Ricochet.

Greenaway Art Gallery’s Paul Greenaway, who represented Bezor from 1992 through her international exhibiting years, said a stay in Paris in the late 1980s had marked a turning point in her career.

“… already an accomplished painter and strong feminist, she exploited the idea of appropriation, taking images of women from classical painting and popular culture, and reproducing them as highly stylised representations that subverted the impact of the originals.  No longer the male gaze, but an empowered new view that questioned identity and sexuality.”

In a statement released by Hill Smith Gallery, Greenaway said Bezor was not just a talented artist, she was also “stylish, cosmopolitan, and independent”.

“A bold figure, loyal to her friends and devoted to her family, she enjoyed a glass of Champagne and a small party, but she was also vulnerable and sensitive.  I, like many, will miss her, but our admiration for her lives on in her art and her generosity towards the animals and charities she cared so much for. “

Annette Bezor is survived by her brother Rob and sister Michelle.

The Silent Violence, by Annette Bezor (from the Ricochet exhibition).

Bia and Me, by Annette Bezor (from the Ricochet exhibition).