Part-musical, part-opera, West Side Story is best known for Leonard Bernstein and Stephen Sondheim’s evocative score, but it’s the dancing that steals the show in this modern version presented by Opera Australia and GWB Entertainment.

Drawing inspiration from Shakespeare’s Romeo and Juliet, the story is set in a New York City fractured by the fierce rivalry between two teenage gangs: The Jets (known as “the Americans”) and the Sharks (Puerto Rican immigrants). Tensions come to the fore when a blossoming romance between two opposing gang affiliates, Tony and Maria, prompts a devastating chain of events that ultimately ends in tragedy for all involved.

From the get-go, director Joey McKneely’s choreography – based on the original choreography of Jerome Robbins – is impressive, with the show launching into a fight scene that sees cast members dart and weave in perfect unison across the minimalist stage. 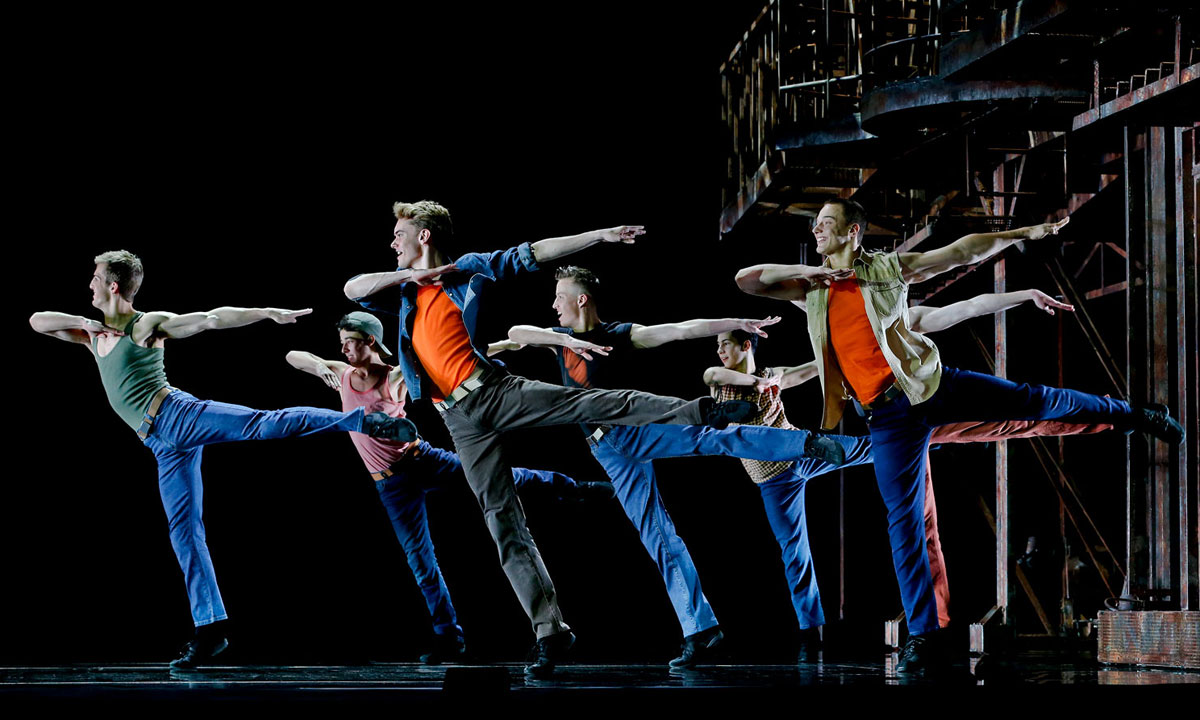 The choreography continues to shine during a vibrant dance hall sequence and the well-known song “America”, during which Chloe Zuel proves to be the star of the show with a fiery portrayal of Anita, Maria’s friend.

The 33-strong cast are all Australians, with Todd Jacobsson (The Book of Mormon) as Tony and Sophie Salvesani making her professional theatre debut as Maria. The contrast between their two styles is slightly jarring at times, but Salvesani’s vocals are rich and Jacobsson sings with expert control.

The excellent orchestra, led by conductor Donald Chan, sees the music soar in the show’s famous songs including “Maria”, “Tonight”, “Somewhere” and “I Feel Pretty”.

A young cast, colourful costumes, clever staging and playful humour add to West Side Story‘s overall sense of fun and vigour, despite the story’s tragic ending. For a fresh take on one of musical theatre’s most celebrated masterpieces, this production jumps leaps and bounds.

West Side Story is playing at the Festival Theatre in Adelaide until December 8.