AGSA director Rhana Devenport told InDaily the gallery had contacted Martin’s agents some months ago and sent him the Tarnanthi catalogue in the hope he might visit the exhibition while he was here performing his variety show with fellow actor Martin Short. However, it received confirmation only around an hour or so before yesterday’s visit.

“We were very conscious that he has a terrific collection of art and has been a serious collector for a long time … and he has a strong collection of contemporary Aboriginal art,” Devenport said.

“We were keen for him to see Tarnanthi, given the enormity of the project and the seriousness of his collecting … we really didn’t expect it to actually happen, though we thought it would be marvellous if he could experience it.”

The actor toured the exhibition during the gallery’s regular opening hours with his wife, daughter and senior AGSA staff including Devenport, Tarnanthi artistic director Nici Cumpston, and assistant director of artistic programs Lisa Slade. SA Premier Steven Marshall was also present for part of the visit.

Martin was especially interested in the Tarnanthi works by Western Desert artists, and also took time to look at some of the early Indigenous artworks in the gallery’s Elder Wing.

“He said he was really impressed with the experience and the level of innovation,” Devenport said.

“We’re thrilled that it happened. It’s wonderful to have a serious collector of his stature exposed to the incredible outpouring of creativity that’s happening in Tarnanthi.” 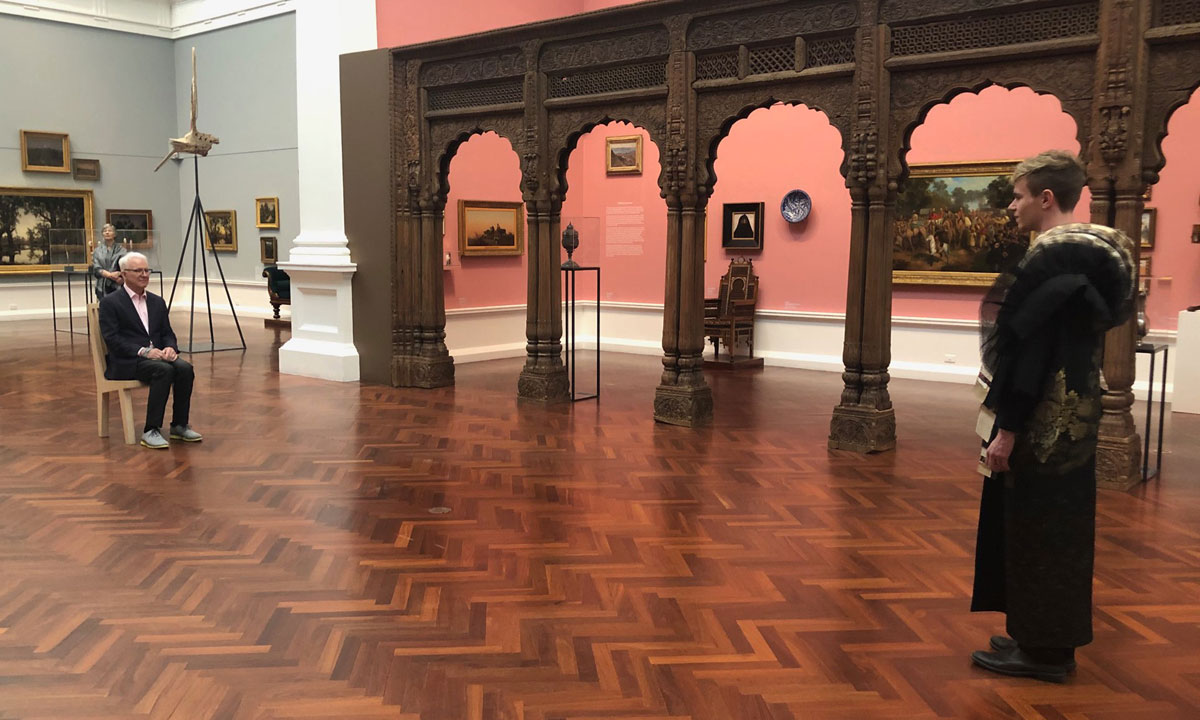 Martin – the star of films including Roxanne, The Pink Panther, Dirty Rotten Scoundrels and Father of the Bride – has been collecting art for decades, including work by Andy Warhol and David Hockney.

He told the ABC in an interview earlier this year that his exploration of Aboriginal painters began when he read about an exhibition of Western Desert painter Warlimpirrnga Tjapaltjarri’s artworks in New York and bought one of his works the same day.

“I’d truly never seen anything like it before. I still have it hanging in the house,” Martin said in the ABC interview.

He has since bought more works from Western Desert painters, nine of which were loaned for an exhibition this year at New York’s influential Gagosian Gallery.

Martin and Short are touring the country with Now You See Them, Soon You Won’t, which also features Grammy-winning bluegrass band The Steep Canyon Rangers in which Martin plays the banjo.

The Tarnanthi exhibition at the AGSA continues until January 27, 2020.