Seoul Street Arts Festival is the largest street arts festival in Korea, bringing together performers from across the globe to the heart of Seoul, and the season of Intimate Space had already sold out by the time the ensemble members left Adelaide on Monday.

Restless was invited to attend the four-day festival following a performance of the work at the Australian Performing Arts Market in Brisbane last year, and artistic director Michelle Ryan says the company had begun working with the Korean dancers before heading to Seoul.

“The way that we do it is that we’ve recorded everything that our dancers do, but there’s always a new way of including what the Korean dancers can bring to the piece as well,” Ryan says.

“There’ll be four Korean dancers featured in two different scenes. We’ve met some really fabulous dancers from Korea – they’ve been sending me videos and I think it’s going to be pretty special.

“We’ve also changed our instructions into Korean – a lot of the instructions for the piece are given in a quirky way, like embroidery on the side of, say, a jacket or on a sock.

“But the beauty of dance is that it doesn’t rely on language. So, for me, the piece is about the emotion, the things that make you question your perception of people. I think that’s why it works well.” 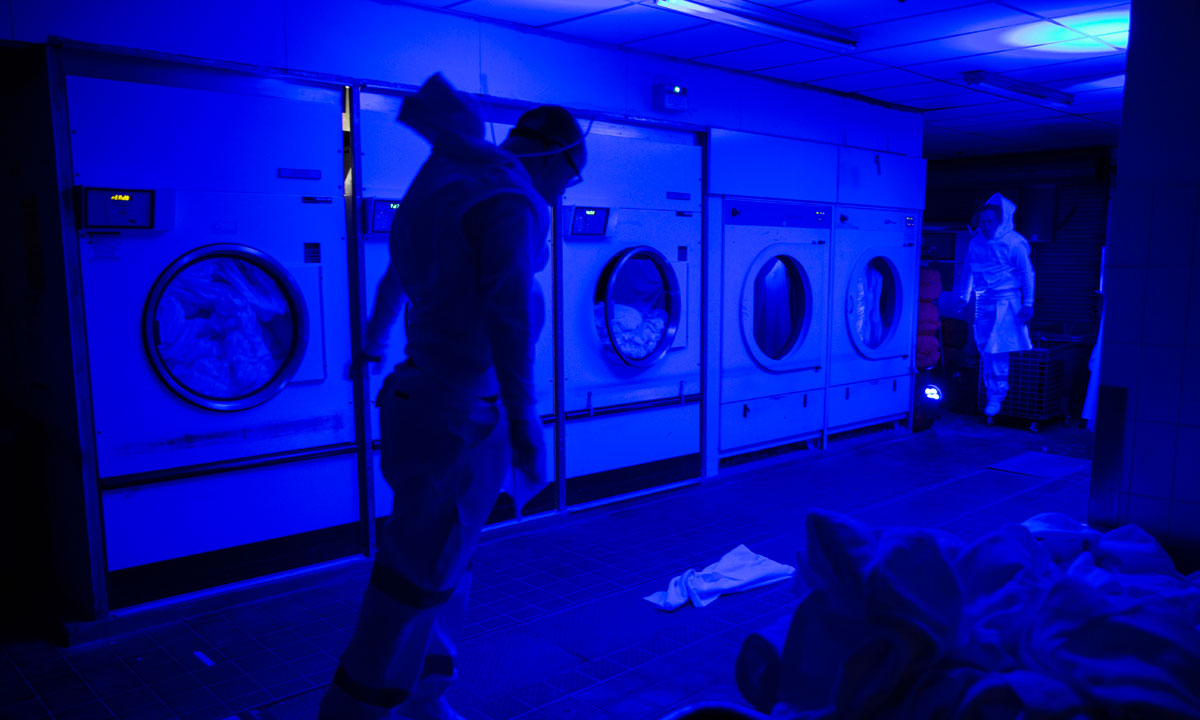 Intimate Space was one of the sold-out shows of the 2017 Adelaide Festival. Photo: Shane Reid

Restless Dance Theatre works with dancers with and without disability, and all the company’s performances are collaboratively devised and informed by disability.

Intimate Space, which was first presented at the Hilton Adelaide during the 2017 Adelaide Festival and has won and been nominated for numerous national awards, is a series of experiential site-specific solo and duet works of dance theatre presented within a hotel. Audiences move throughout the hotel discovering the dancers in interesting spaces.

Ryan says the show has been shortened from its usual hour to 40 minutes for the 20 Korean performances, which will be performed in the New Seoul Hotel between October 3 and 6.

“The reason I wanted to make the piece in the first place is because you very rarely see people with disability in that public arena,” Ryan says.

“I wanted to make something really beautiful, so people aren’t scared because they don’t know how to react. But at the same time, there’s quite a few underlying questions in there. Like, why don’t we see more people with disability in that public space?”

Restless Dance Theatre has taken a touring group of 16 to the South Korean capital, eight of whom are performers.

“It is big for Restless to tour because we have to make sure that our dancers are safe and supported,” Ryan says.

“And it’s for an audience of 10 or 11. So they’re not big shows but it’s an exclusive little performance for people.

“The main thing for me is it’s always about the art. The fact that it’s artists with disabilities shouldn’t really come into it. It’s that we’re making great art and showcasing everyone as artists. And our guys are pretty amazing and people are always surprised and that’s the thing.

“I always say you should expect excellence and not be surprised by it.”

Ryan says the tour marks the beginning of ongoing international collaborations for the company. The company relaunched its Donor Circle earlier this month, and is seeking donations to assist with touring costs for the visit to South Korea, future tours to London, Paris and Oslo, and a national tour in 2021..

“We’re hitting the world stage, that was always the aim,” Ryan says.