Brisbane-based Presley’s Blood Money series, which took a decade to complete, will be presented at the Art Gallery of South Australia from October 17 during Tarnanthi, which will feature the work of more than 1000 Aboriginal and Torres Strait Islander artists from around Australia at the AGSA and other venues.

The Marri Ngarr man tells InDaily the idea for the series was sparked when he found a $10 note in his wallet.

“All the capital in the Australian economy has been derived from the dispossession of Aboriginal people,” says Presley.

“It’s all come from dispossession – so [it’s] blood money, which is at the heart of all our operations every day. I wanted to play with these state icons on money.”

Presley started thinking of formidable Aboriginal figures who might replace the current faces on the $10 note: bush poet Banjo Paterson, who penned Waltzing Matilda, and writer Mary Gilmore, who wrote No Foe Shall Gather Our Harvest.

He thought Aboriginal stockman and land rights leader Vincent Lingiari – who with his Gurindji community went on strike for eight years to get their land back in the Northern Territory – would be an appropriate substitute.

“Vincent Lingiari persevered through significant challenges in his life and came out with some success, some accomplishments, and he was also an actual stockman. He could be a very viable person to illustrate on national currency.”

Presley then came up with other notable Aboriginal and Torres Strait Islander figures who might replace the prominent figures from Australian colonial history who currently feature on our notes. His all-star Aboriginal cast includes Fanny Cochrane Smith, the last fluent speaker of the indigenous Tasmanian language (Palawa), and poet and political activist Oodgeroo Noonuccal.

He says that growing up and in school, he had never heard of some of the Indigenous figures he has chosen to feature in his work.

“They weren’t publicly respected or even known about. They do break a lot of the commonly held stereotypes and myths that people have [about Aboriginal people].”

He has recreated their portraits in large-scale watercolour paintings depicting prototype banknote designs. Some are around a metre long and took up to three months to complete.

“They’re large and pretty intensive works to do.

“It’s hand-designed and hand-drawn and hand-painted, but I think it’s a gesture that at least shows I really care about what I’m talking about.”

As a way to redress the dispossession at the centre of his artwork, Presley has created a “Blood Money Currency Exchange Terminal”. During the opening weekend of Tarnanthi, visitors will be able to exchange real Australian dollars (AUD) for different denominations of limited-edition Blood Money Dollars (BMD) through a uniformed teller at the “BM” booth. The proceeds will be donated to an Aboriginal youth charity.

“I did the first prototype for Blood Money Currency Exchange Terminal in 2016… since then, it’s raised around $52,000,” says Presley, who is passionate about issues such as the high rate of incarceration of Aboriginal youth, the Indigenous youth suicide crisis and the need for more support services.

“These charities are crucial for people to be able to have some hope in their life.”

As a special bonus for Tarnanthi, Presley will also showcase a commemorative work dedicated to the late Aboriginal leader Stephen Gadlabarti Goldsmith, who helped revive the Kaurna language and culture.

“His family have been particularly generous in guiding how this particular work should take shape, making it true to who he was,” says Presley.

“This work fits well in the Blood Money… so I’m excited to show his family the finished work and pleased that it will be exhibited for the first time to a Kaurna audience.” 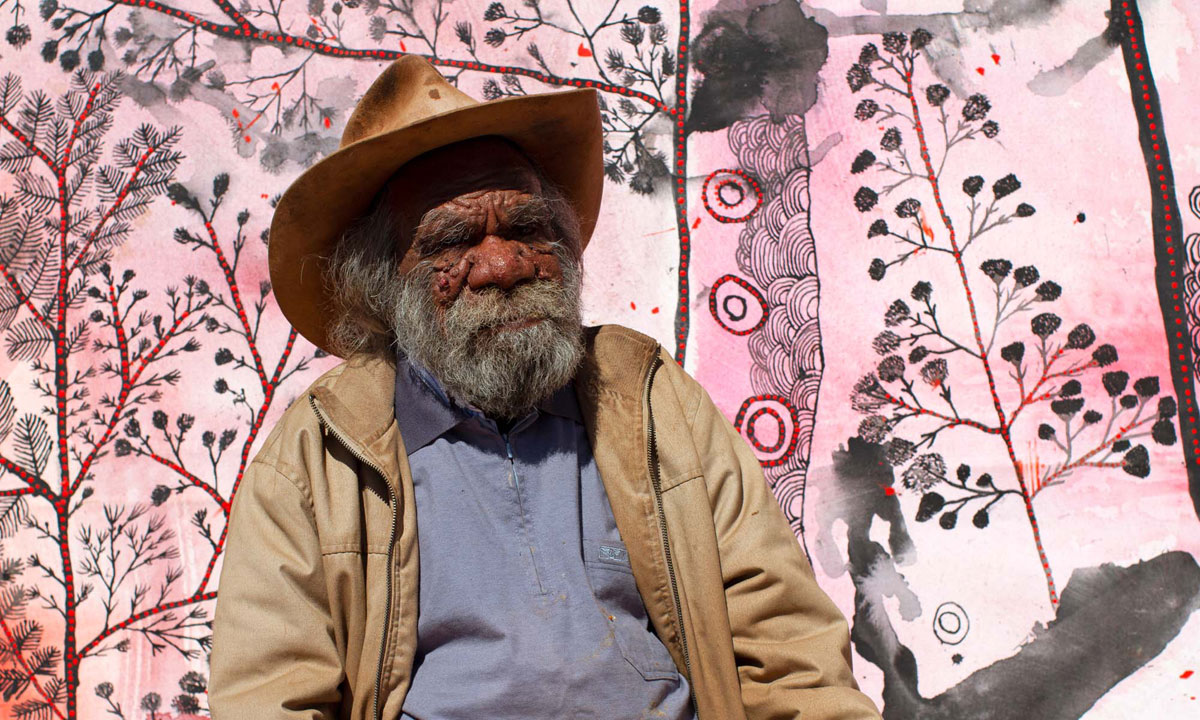 Tarnanthi will feature the work of more than 1000 artists, including Peter Mungkuri, pictured with his work Puṉu (trees), Weapons for the soldier (Hazelhurst Art Centre, 2018). Photo: Jackson Lee

The 2019 Tarnanthi Festival will be launched at the Art Gallery of SA on October 17 with an event including a live performance by Yolŋu rap singer and Australian of the Year Baker Boy.

Among the highlights will be Bunha-bunhanga: Aboriginal agriculture in the south-east, described as a visual representation of the research of award-winning author Bruce Pascoe; a collaboration between Adelaide’s JamFactory and Ninuku Arts in the APY Lands, and the annual Tarnanthi Art Fair at Tandanya National Aboriginal Cultural Institute on the opening weekend of the festival.