“I can only speak for myself as a queer person, but I think it’s an important history to be engaging with,” says Craig Middleton, a partner in the History Trust’s project documenting Adelaide’s queer nightlife.

“As someone who was born in South Australia, this is my history – if I look at histories based on family trees and I never get married, where do I fit into that? I don’t – so I look for these histories that relate more to my life and my identity, which is queer.”

Nikki Sullivan, manager for the Centre for Democracy in Adelaide, is the other historian respo1nsible for collecting LGBTQ community members’ stories and artefacts from pre-war Adelaide until now.

Sullivan says the project emerged in 2017 during the Feast Festival, when she and Middleton  realised there was very little documented about the topic.

“There are many venues that come and go,” she says. “But it’s a history that’s not really looked at, and it’s actually a big part of people’s lives.

“Whether they were beats or private parties or nightclubs, or women’s events or fundraisers, they were how you formed intimate relationships with each other.”

Both Sullivan and Craig believe local gay and lesbian culture and history hasn’t been studied or documented in such detail previously because the subject is often regarded as “fluffy” or unimportant. But what they’ve discovered is that policy played a role in defining queer spaces and how LGBTQ individuals found each other. 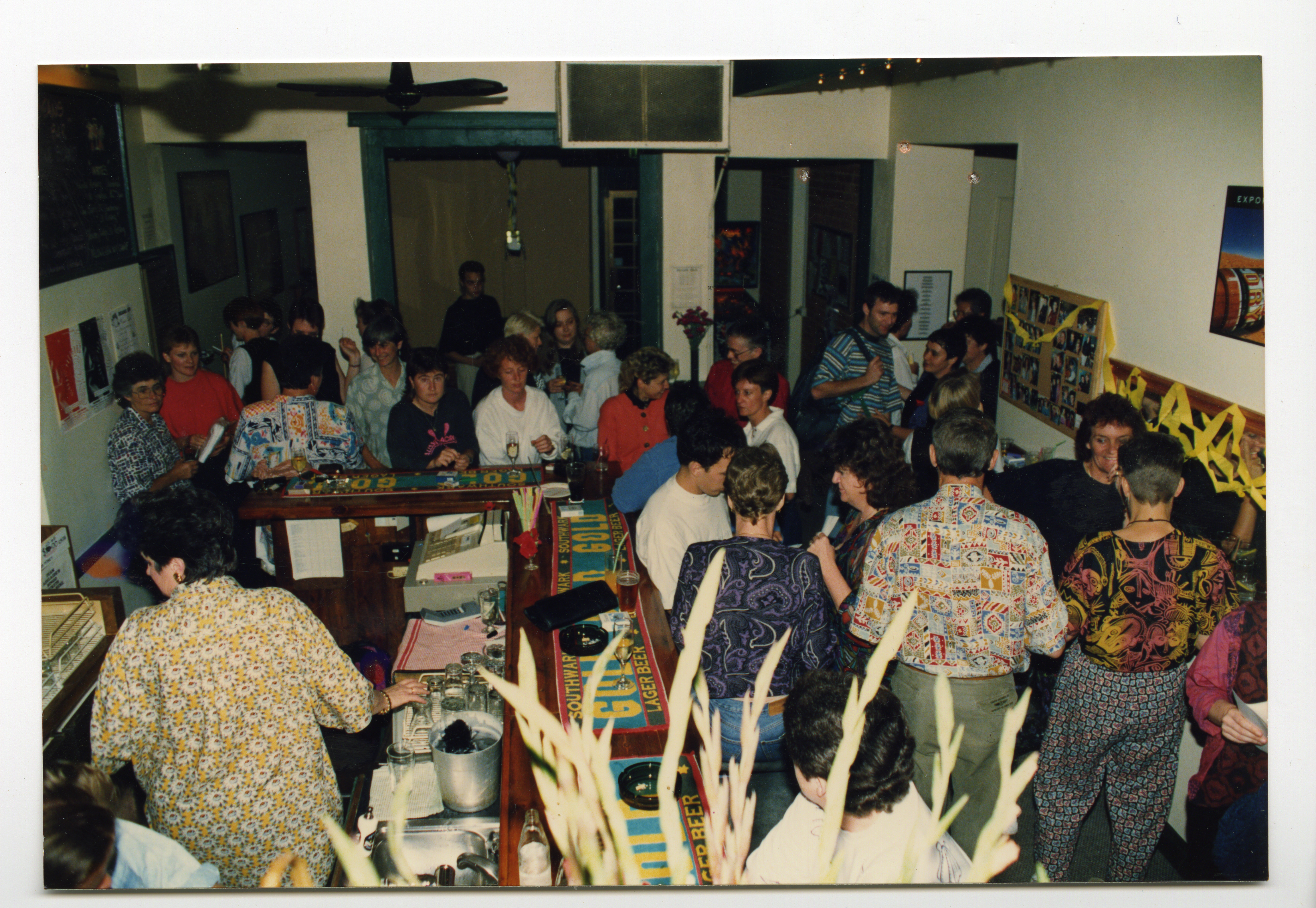 The early ’90s in the Beans Bar, a lesbian bar on Hindley Street. From the “Daring to be Different” exhibition. Photo: Marg Beagley

In the 1940s and ’50s, according to the Adelaidia website, queer nightlife spaces could be found in city-based coffee lounges – such as Montmartre (Twin Street) and the Manhattan (King William Street) – and pubs including the Exchange (Hindley Street), Majestic (King William Street), Royal Admiral (Hindley Street) and the South Australian (North Terrace).

But because pubs were forced to close at 6pm, revellers often took the party from licensed venues to people’s homes.

There were also beats – places like the public toilets behind popular hotels, the Port Adelaide mangrove swamps and along the River Torrens – that gay men would visit for social or sexual encounters.

“There’s this assumption that old people are boring, they never did anything exciting, that… we were all living like Victorians,” says Sullivan.

“But of course they weren’t… we don’t want to reduce queer people’s lives to sex for this project, but nor do you want to negate that part.” 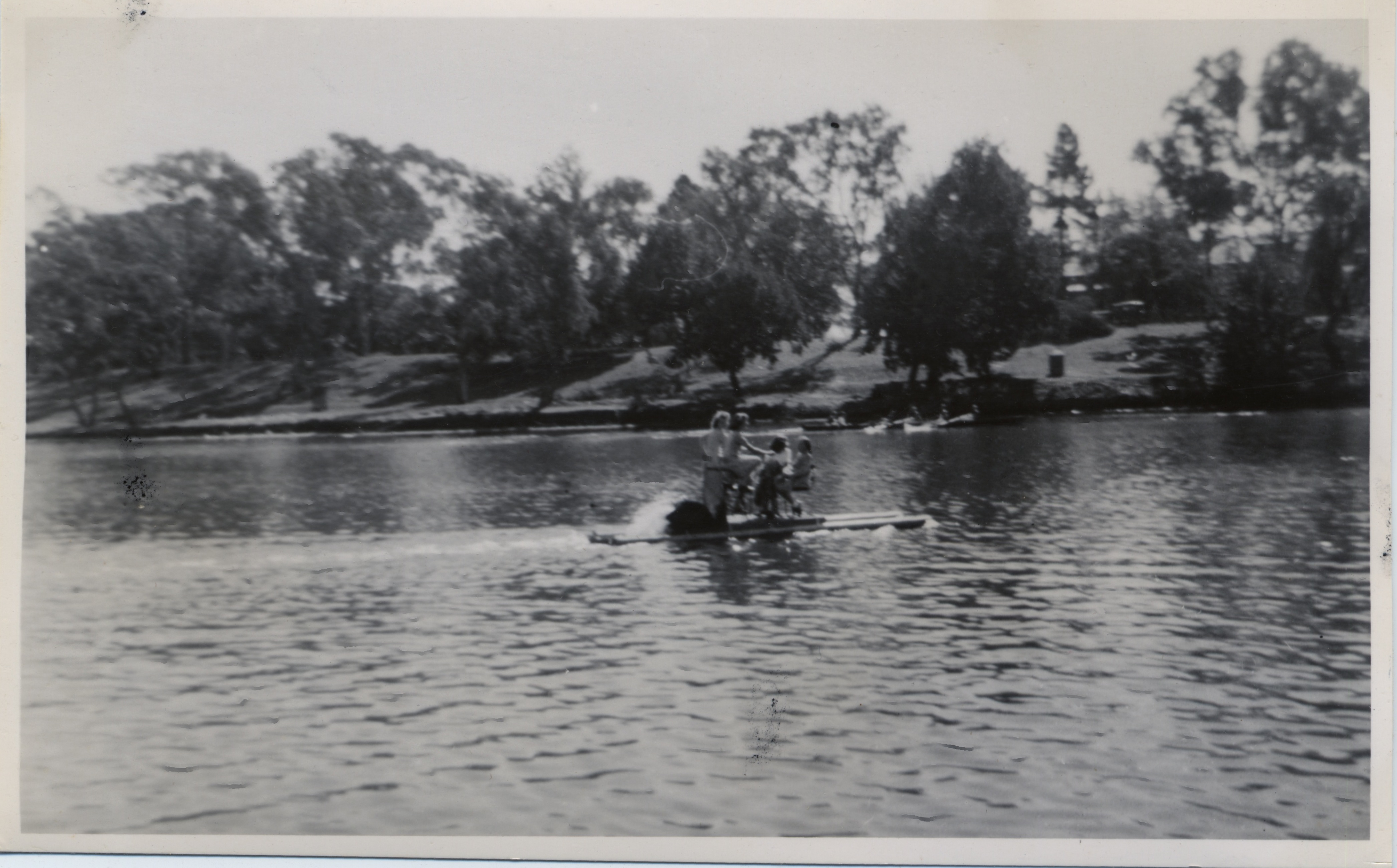 “There have always been people living gender non-normative lives, and how those lives are articulated depends very much on the context,” Sullivan says. “When it is illegal, then it is all going to be happening underground, and it’s interesting.

“You can see the way that legislative changes and even political environments impact on nightlife.”

In the ’60s, many LGBTQ people frequented pubs such as the Buckingham Arms (Gilberton), the Arkaba (Fullarton) and the Coal Hole (Norwood). Drag queens got their own bricks-and-mortar spaces, when both the Paprika and the Safari opened on Hindley Street, and pubs like Brecknock (King William Street) and Newmarket (West Terrace) were popular with lesbians.

While there were venues for gay men in Adelaide from the ’60s, there weren’t any specifically for lesbians, Sullivan says.

“A lot of the women’s stuff from the ’70s, ’80s, ’90s, is either women’s dances that are at university campuses, or they’re fundraisers, but they’re very much politically driven in a way that the nightclub scene isn’t.

“There was Beans Bar [in Hindley Street], but there wasn’t really a nightclub ever that you could say was a gay women’s nightclub… often times women’s groups would organise things like women’s dances, and they would be at Burnside Town Hall or they’d be at Adelaide University.”

Male homosexuality was decriminalised in South Australia by Don Dunstan’s Labor government in 1975. The move, which was heralded for being progressive, followed the murder of a gay man on the popular River Torrens beat in 1972.

Malcolm Thorne, a contributor to the queer nightlife project, has written online that the policing of gay communities in Adelaide before the law change was what pushed him into unlicensed locations:

“1974, I remember the Buckingham Arms in Gilberton… would close at 10:00PM and the only place to go after 10:00PM was AC/DC, an unlicensed club off Currie Street.

“There was another gay bar in a hotel in Currie Street… it might have been the Duke of York, which was being renovated; the day the renovations ended, the hotel’s bouncers would not allow gay people in.”

Adelaide’s first gay-owned commercial venue, Phaedra’s, dubbed the Cactus Patch (for its orange walls and cacti decor) opened in 1967 in Gouger Street. This later became Park Avenue and then the Mars Bar in the early ’80s.

A 1992 ad for the Mars Bar. Photo: Australian Lesbian and Gay Archives

“That’s one of the things that actually got us started – the idea that somebody needs to write a history of the Mars Bar,” says Sullivan.

“We thought there was nothing written about this place but it’s been a really significant venue for so many people.”

An oral history dedicated to solely the Mars Bar reports that the cover charge for men at Phaedra’s when it opened was $2.50, and although it had a downstairs restaurant with a dance floor, gay men were banned from dancing together.

“I think the owners were afraid men dancing together would offend straight customers who were at the restaurant [named Tarantella]. They needed these customers if the business was to remain viable; in those days lots of restaurants had a dance floor – people used to go to ‘dinner dances’.

“The club upstairs was initially specifically for gay people, and so the owners felt that if the men wanted to dance together they should go to the club upstairs.”

The business was later acquired by Andrew “Madge” Hobbs and renamed the Mars Bar.

“Some of the posters from the early ’80s we found [of gay clubs] said the drinks were 40 cents,” says Middleton. “All of these little details inevitably get lost, but they’re still interesting.

“But we’ve been putting a list of venues together… so far we’ve got four pages of venues. Some of them we have dates for when they ran between, others we know nothing about. We’ve just found reference to them in old gay newspapers: The Gay Times, The Lesbian Times, Sticky, Blaze, Boiled Sweets.”

Middleton and Sullivan say that Adelaide’s commercial queer nightlife scene thrived during the ’80s and ’90s.

Popular hangouts, like the Mars Bar and the Colonel Light Hotel (Light Square), were open “till ridiculously late”, while the Pulteney 431 – which had a sauna, pool and billiards room – was open every day of the week. The Bartoons (Ferns Place) was a place for dancing and live music, and other bars were also popular.

What do you remember?

Entering the new century, the Mars Bar had the queer nightlife scene cornered. Entry lines “snaked around the corner of Gouger and Witcombe streets”, according to the online history.

Despite this success, the bar closed in 2017. A year earlier, Mary’s Poppin – which labels itself as the “eccentric LGBTQI hotspot” – opened its doors in Synagogue Place in Adelaide’s East End. It brought with it drag shows and cocktail nights, and has become Adelaide’s contemporary queer venue.

The historians also wonder how new technology will impact nightlife and queer relationships.

“People are asking about what is the impact of things like Grindr [the gay equivalent of Tinder] on nightclubs,” says Sullivan.

“By discussing how people met in those contexts, in those more intimate contexts, you can see a historical trajectory or narrative about what was here and where we are now with apps,” adds Middleton.

Sullivan says the project is important because it is “history in the making”, but the historians want more voices to complete the kaleidoscopic narrative which they hope will be published in a book or app.

“This is kind of the call to action,” says Middleton.

“The goal is apps, publications, blogs… it’s going to take a while for it to get started.

“But it’s a call to action for community engagement [for people] to submit their story: What do you remember?” 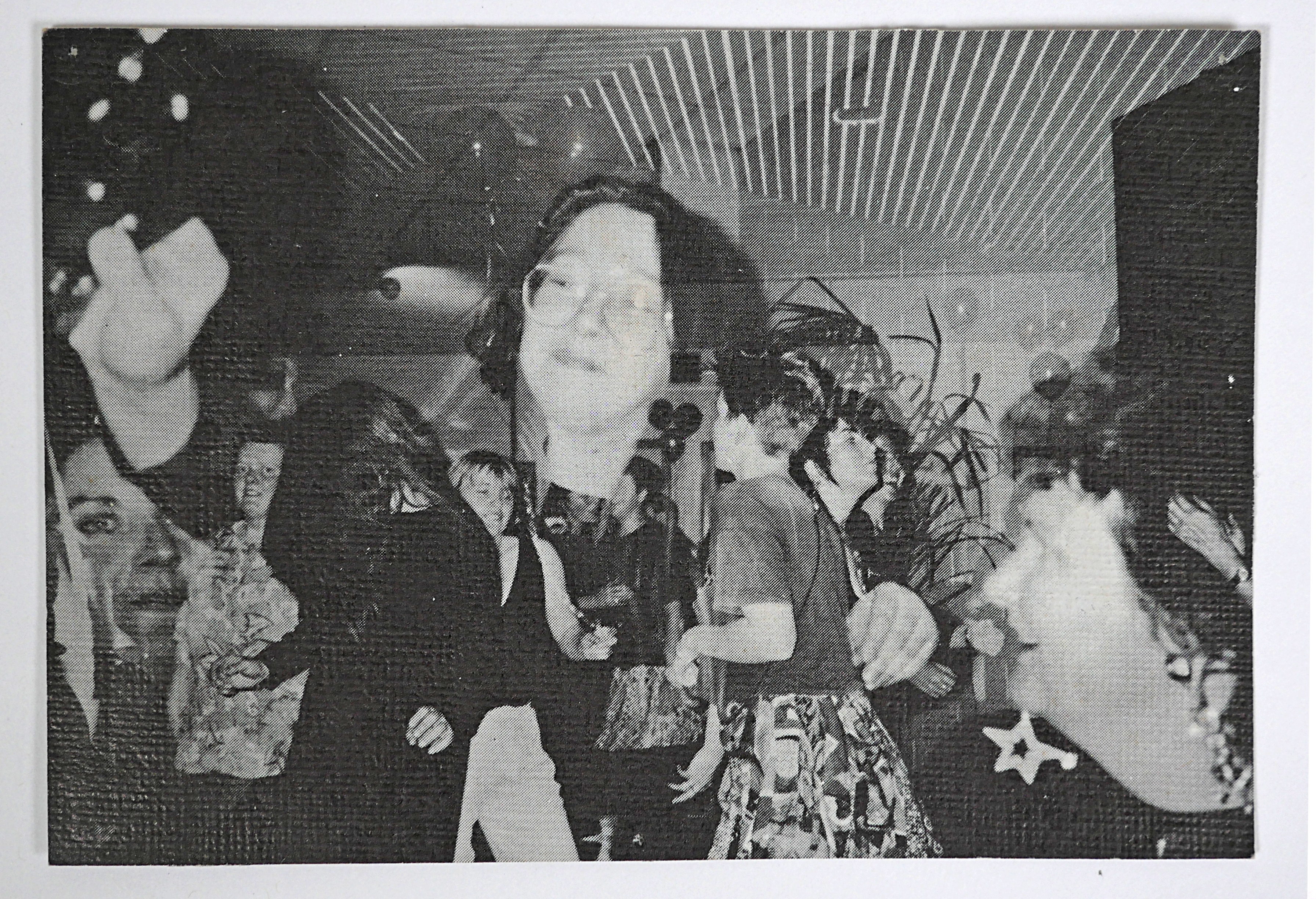 Contribute your history by visiting the Adelaidia Queer Nightlife website or email Nikki Sullivan at NSullivan@History.sa.gov.au.