Mat Beetson’s Fin Whale’s Demise – captured at Cheynes Beach in Western Australia – is the first photograph taken by a drone to win the Australian Geographic Nature Photographer of the Year competition.

It’s also the first time the Broome-based photographer has entered the competition, and he admits he’s “floating on cloud nine” after being named the overall winner from among 2219 photographs.

Beetson had travelled to the WA town of Albany for a photographic holiday with a friend, but their original plans were stymied by a bushfire and storm which prevented access to many of the areas they planned to visit. When they heard about the beached fin whale around 90km away, they decided to check it out.

“We just got out of the car and strolled over and saw this whale,” he says.

“It was very windy but we saw some thrashing about right near the whale itself and we knew they were sharks, so I raced back to the car and got the drone.”

The winning photo was the last one he took of the whale, which was beached only around five metres off-shore and had been there for at least 24 hours.

In announcing the 2019 Australian Geographic Nature Photographer of the Year winner last night at the South Australian Museum, judges said it revealed “incredible beauty in death”: “Rather than being an inanimate scene, the image is given life by the circling shark, which in turn reminds us of the ecological function of the dead whale, providing food and energy to the living organisms around it. The image surprises by revealing such a shocking scene in a beautiful setting …”

They added that it also highlighted the new dimension which drone photography had opened up for photographers.

Beetson has been involved in photography for around 20 years, and says he has used drones a lot in his more recent work: “I guess drone photography is the flavour of the month, but it’s a different perspective that we don’t usually get to see.”

More than 100 photographs by 75 photographers – representing the winners and finalists in all 10 categories of the competition – are on display at the SA Museum from today until October 20.

They showcase an incredible diversity of flora, fauna and landscapes, encouraging viewers to look at the wonder and beauty of our natural surroundings with fresh eyes.

Among the first images encountered on entering the gallery are those from NSW photographer Charles Davis’ Portfolio Prize-winning collection, which includes a mother and baby wombat in snow in Kosciuszko National Park and sugar wombats poking their heads out from their nest in a gum tree on his family farm.

In the Habitat category, you’ll find a brightly coloured photo, taken in West Papua, of an amphipod no bigger than a fingernail sitting in the mouth of a sea squirt, zebra finches nesting in a water bore control panel at a remote goldmine in WA’s Great Sandy Desert, and a tiny orange-brown spider crossing a patch of snow in Tasmania’s Cradle Valley.

There are more distressing images exploring human impact on the environment, with the category-winning work by South Australian photographer Melissa Williams-Brown showing a dead kangaroo on a dry creek bed at Menindee. Alongside these, however, are other photographs showing how some animals have adapted to human encroachment, like a pair of possums peeking out from a roof space.

And it’s well worth lingering over the landscape and botanical sections – there are images here that are truly breath-taking, from a waterfall that looks like a kind of ethereal curtain, to a dreamlike, disorientating photo of half-burnt melaleuca bracketed by regenerated grasses after a fire in Queensland. 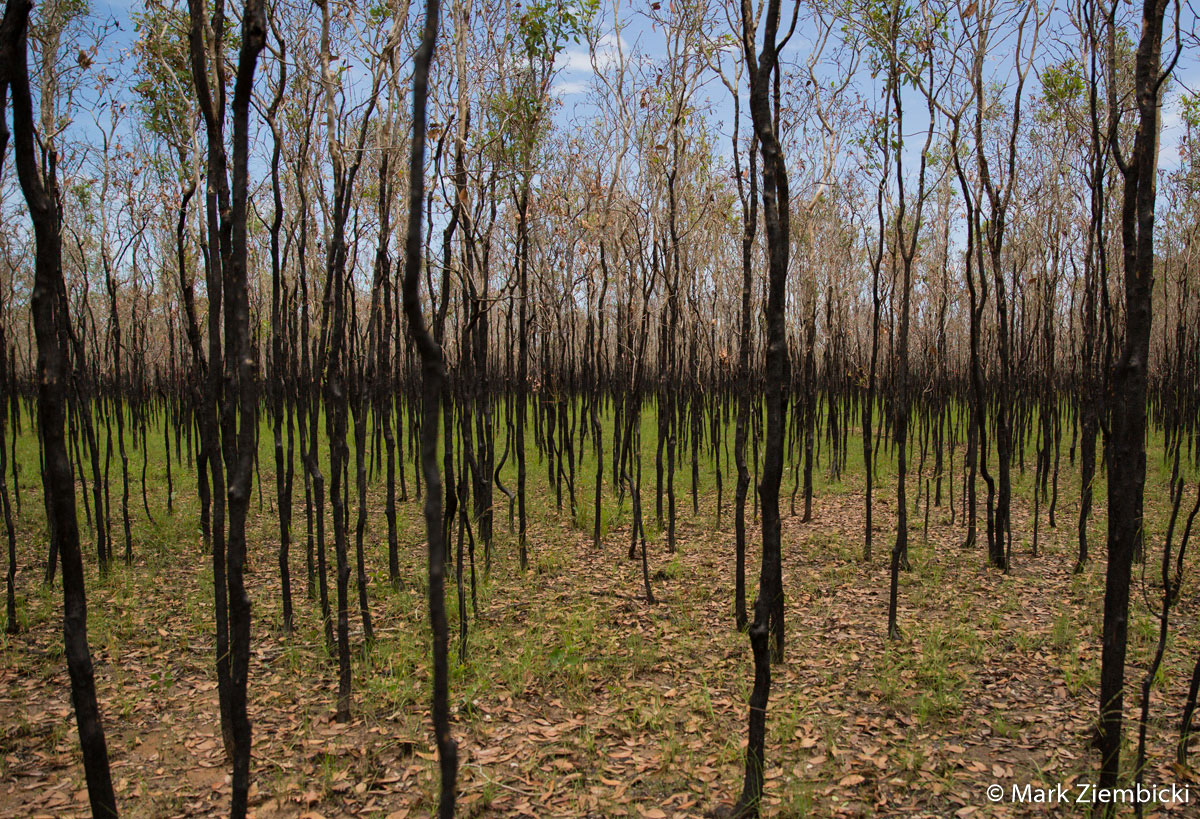 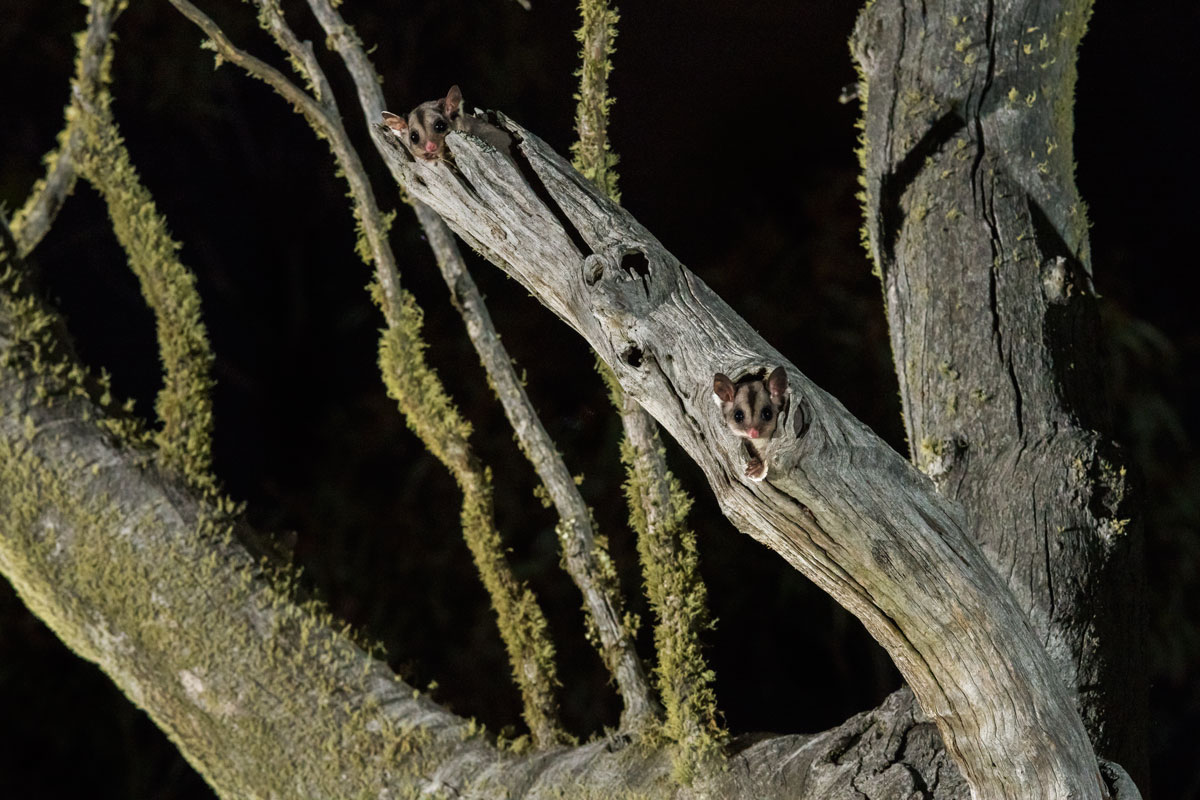 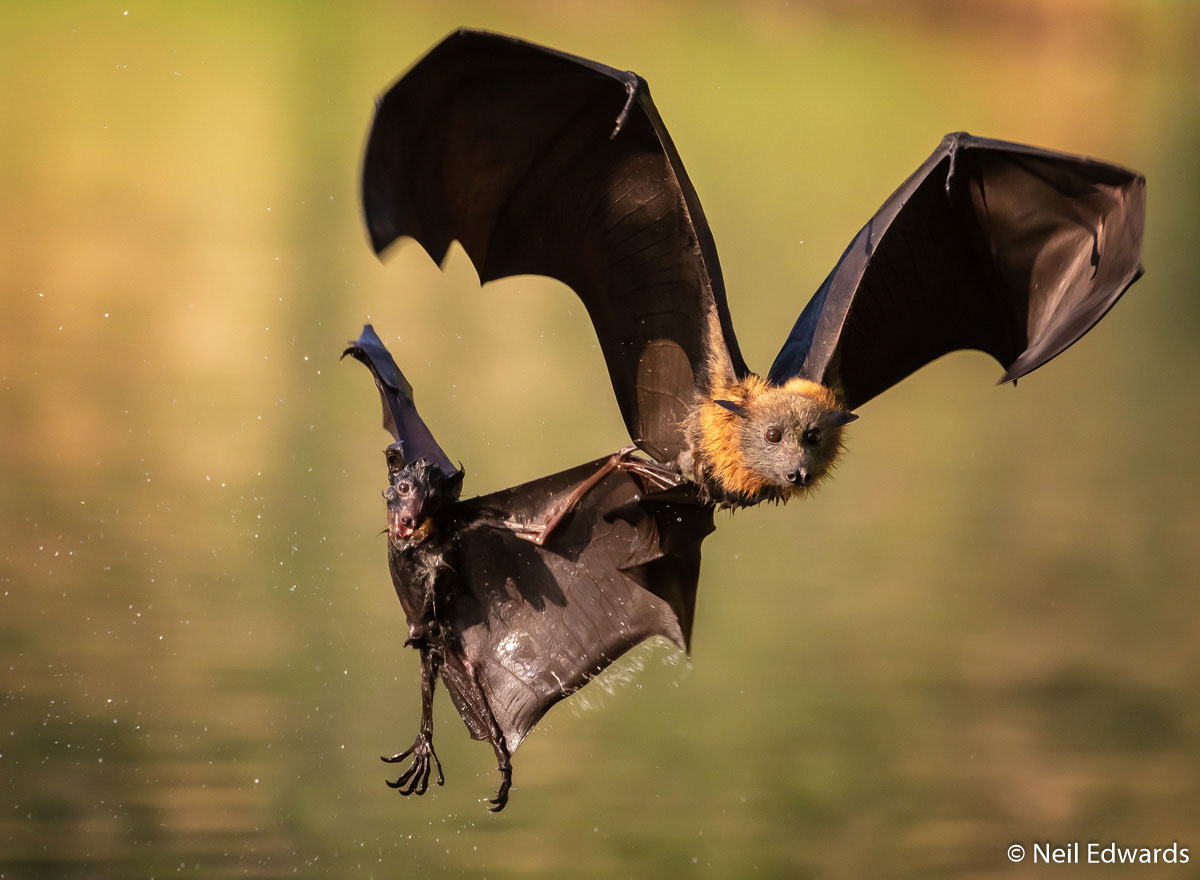 Just Hanging On, by Neil Edwards – a grey-headed flying fox nearly drops her baby while flying over the River Torrens in Adelaide – Threatened Species category runner-up.

Through the Curtain, by Nick Monk – a small waterfall curtains the rainforest of the Great Western Tiers World Heritage Area in Tasmania – Landscape category runner-up. 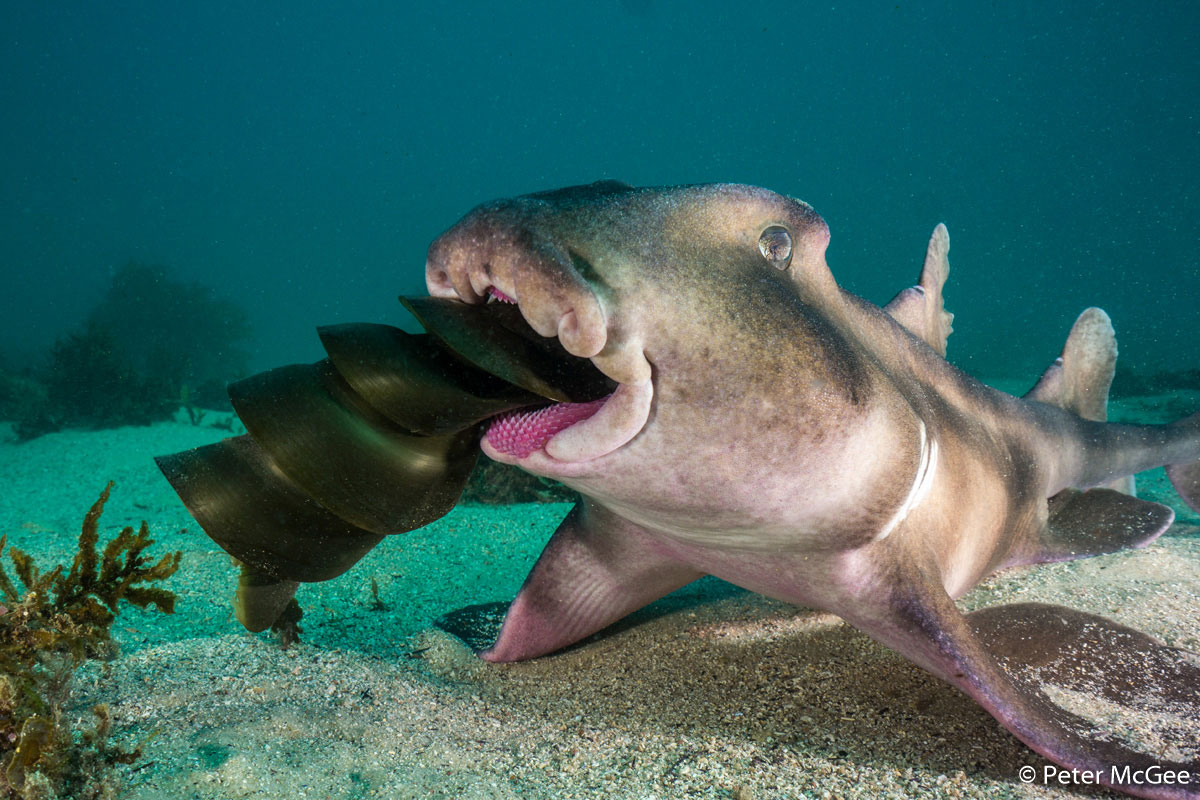 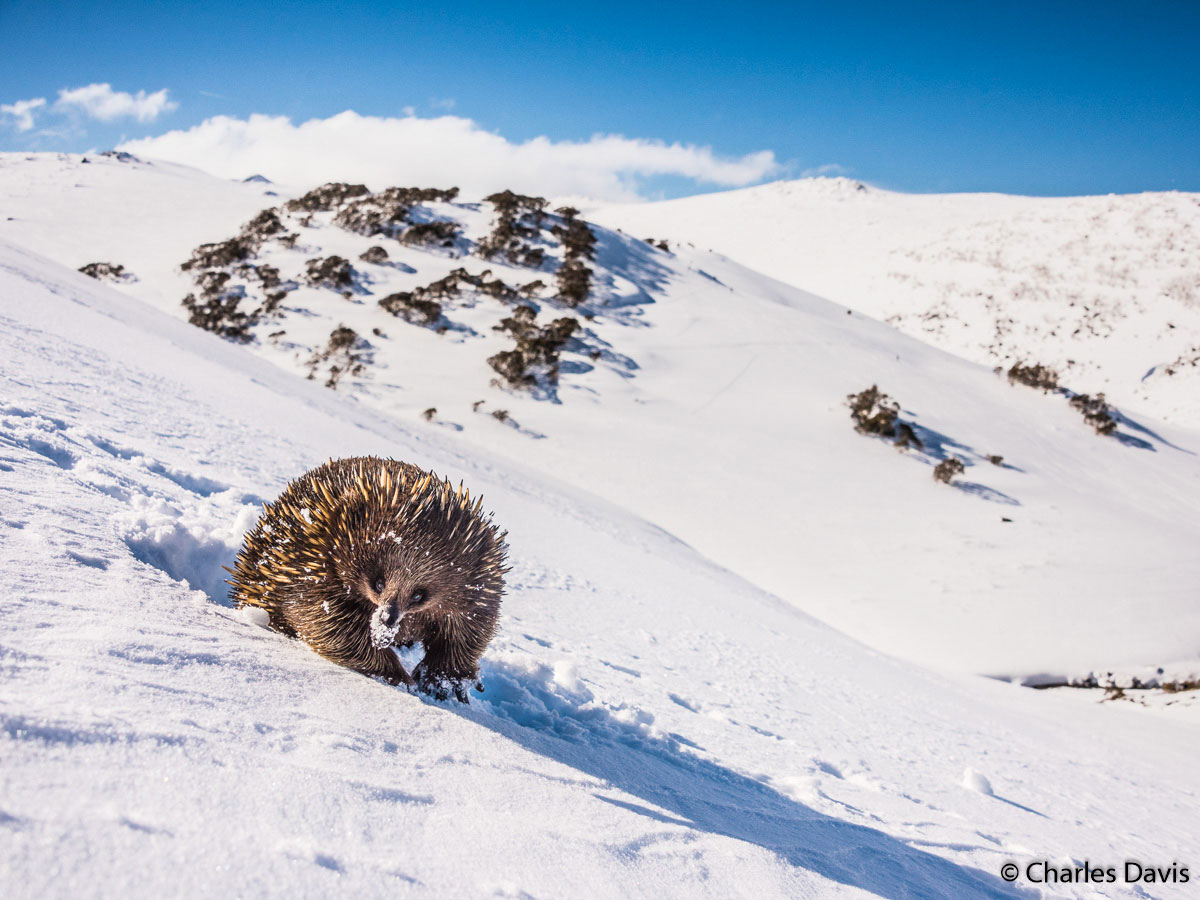 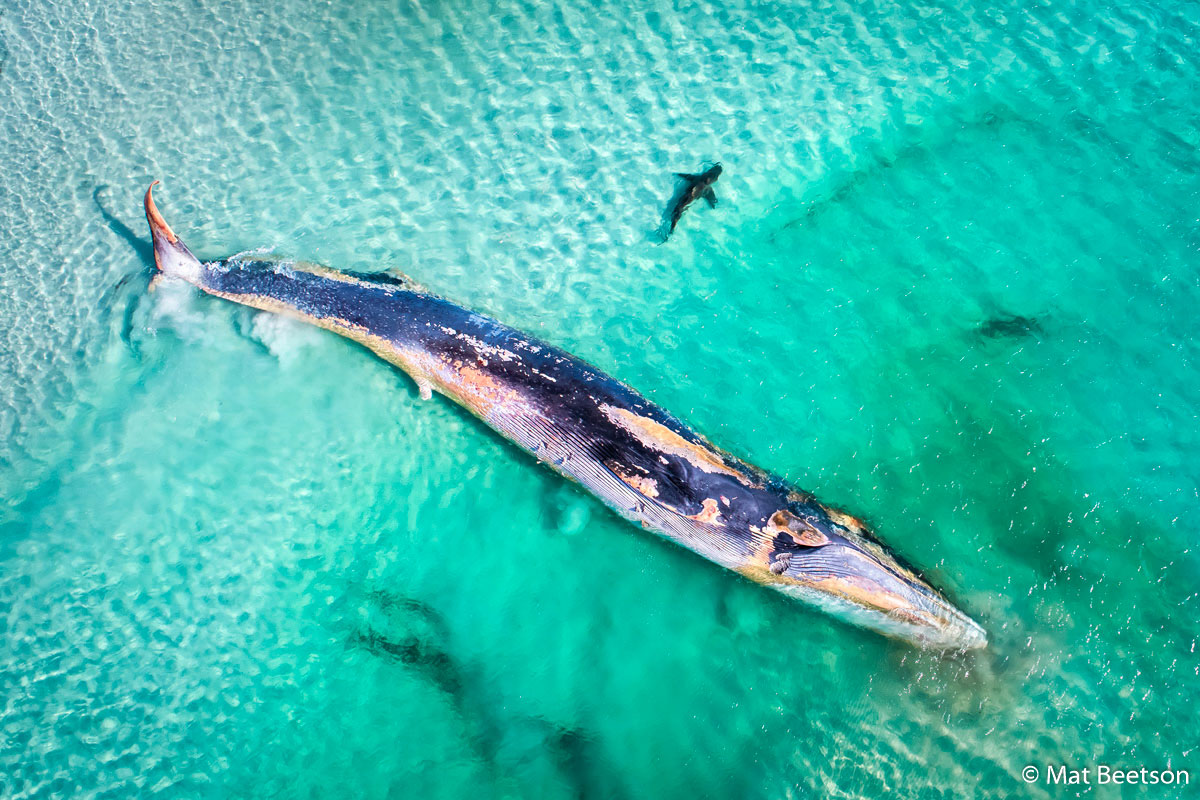