“The Deadly Nannas [Nragi Muthar] are a group of women who get together to create songs, and perform songs, that spread a very positive message out to our community,” says Ngarrindjeri woman and Deadly Nanna Georgie Trevorrow.

“It’s about getting the message out about empowering language; [and] it’s also part of our healing.”

Finalists for the 2019 Premier’s NAIDOC Award presented last month, the Deadly Nannas consist of six Ngarrindjeri and two Caucasian grandmothers based in rural South Australia who create music with the aim of “reinvigorating” language.

They originated from a Federal Government-funded workshop in 2017, where more than two dozen Aboriginal grandmothers and mothers wrote lullabies to strengthen community engagement with culture through song. Around eight of the singers involved in the workshop went on to form the Deadly Nannas.

The group took their name from a rap song released on their first album, Ngarrindjeri Lullaby, which consists of six lullabies in Ngarrindjeri and two “message” songs in English.

Trevorrow says the group chose to compose music in the form of lullabies because they could be easily learned by young listeners.

“Some of the songs that we’ve written, they’re repetitive, which makes it easier for kids and adults to learn the songs through language so they can feel a bit of connection to their own community and culture,” she says.

“We wanted to go around and make a positive mark in the community with our language.” 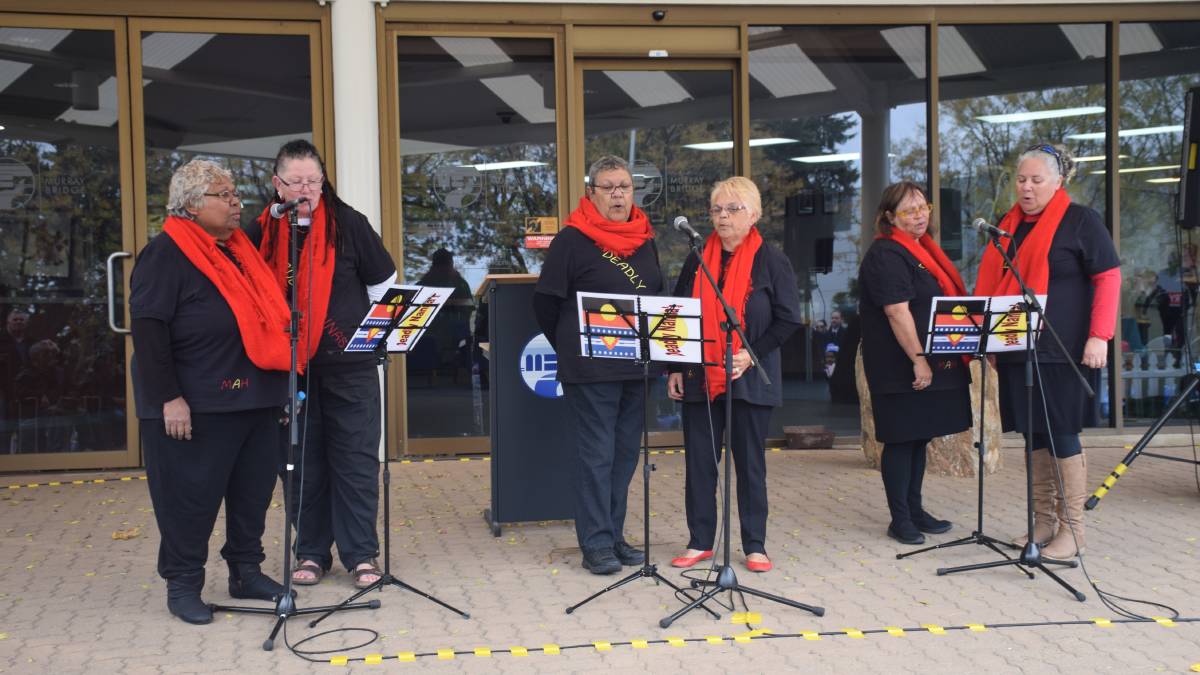 Trevorrow says the lullabies have struck a chord with children, and she is thrilled that when she played the Ngarrindjeri Lullaby album to her own granddaughter, she could sing it back in language.

“We love to sing, especially in our language. Writing songs and then translating them into language, it gives us a sense of belonging and pride

Trevorrow tells InDaily some members of the Deadly Nannas were affected by the fracturing of families that occurred through the Stolen Generations. The forcible removal of Aboriginal and Torres Strait Islander children exacerbated the loss of language and culture that began with colonisation.

“When the settlers came in, they stopped, way back then, our language,” she says.

“Our language was forbidden – we weren’t allowed to speak it – and we are just starting to reinvigorate that.

“We want to really work on empowering ourselves… but also our Aboriginal community.”

Part of this healing is also personal for Trevorrow, who lost her mum six years ago.

“My mum was one of the ones who really brought language alive in our community.

“She’s done the certificates and she’s worked really hard to keep [Ngarrindjeri] in the schools, so I suppose I’m just following her legacy.”

Diana Murphy is one of the two white Deadly Nannas and is the social and emotional wellbeing coordinator at Moorundi Aboriginal Community Controlled Health Service (ACCHS) – a not-for-profit organisation which helped co-ordinate the initial Deadly Nannas workshop in 2017.

Murphy says she feels honoured to be one of the white “sisters” in the group, and that it is “extremely special” to be privy to the cathartic and creative process.

“To come full circle at the end of life, to be looking at language again without fear, and to be proud when everything they were taught from being a child was no good… to be been given the opportunity to reclaim it and to pass it on as a legacy to their grandchildren… it’s so important,” says Murphy.

As a Scottish grandmother looking in, she sees that lullabies can transcend culture.

“The earliest you can connect a child to culture is through lullaby; it creates that recognition of language, and instils a sense of pride and belonging.”

Murphy says that since the release of their debut album, the Deadly Nannas have been travelling around Australia presenting live performances.

They are now on their way to producing video clips to accompany a new catalogue of music, which was written just over a month ago during a workshop in Victor Harbor.

Murphy says the group will also be organising a four-day songwriting workshop for Ngarrindjeri grandfathers, which could potentially lead to the formation of a Deadly Poppas group.

Trevorrow hopes even bigger things are in store for the group in the future, including performing overseas and perhaps even making it onto a TV program like The Ellen DeGeneres Show – “well, it’s one of our dreams”.

Listen to two songs from the Deadly Nannas’ debut album below.

‘When Trouble Comes’ by the Deadly Nannas