“Firstly, I became familiar with the [1948] painting Christina’s World by Andrew Wyeth,” says Nicholas Cannon, the director of State Opera SA’s new production of the same name, when asked what drew him to the work.

“When you learn about how Christina, the main character in the painting’s foreground, had a disease affecting her limbs so she would have to drag herself around the farm and have great physical limitations, you can appreciate it as quite a psychological piece of art.

“I believe that is what might have inspired Dorothy Hewett with the opera’s poetic libretto and Ross Edwards’ enchanting music, where they weave between the character’s reality, memory and imagination.

“The music is absolutely beautiful and it is clear how all three artists – Edwards, Hewett and Wyeth – drew their inspiration from the landscape and the beauty of the natural environment.” 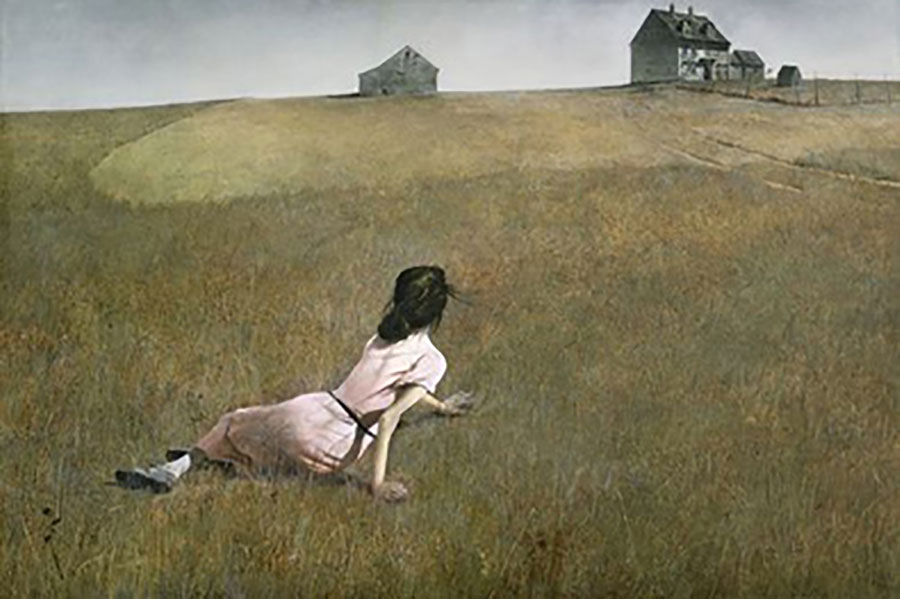 State Opera is presenting Christina’s World tonight and tomorrow at the State Opera Studio in Netley as part of its series The Lost Operas of Oz, which is shining a light on rarely seen Australian works.

It was originally staged in Sydney in 1983, but Cannon says it is an opera that can be appreciated with many different interpretations, which should give it a life “long into the future”.

“Some major themes we explore in this opera are love and memory as Christina remembers her youth in the 1940s – the loss of innocence as she first falls in love only to have her dream taken away.

“This is paralleled with all the innocent young soldiers lost in World Wars I and II. The piece also deals with the complexity of family relations.”

Cannon says designer Christina Logan-Bell’s set connect Christina’s old farmhouse to the nearby sea, with costumes reflecting farm life in the 1940s and projections which support the work’s strong association with the natural elements.

“Having the opera presented in State Opera’s Studio creates an intimacy between the audience and performers, allowing witness to the detailed emotions and the sensitive delicacy of the music and drama.”

Christina’s World will be presented at the State Opera Studio tonight and tomorrow at 7.30pm. The next “lost opera” will be Madeline Lee on October 4 and 5.