Among the many used soaps Honor Freeman has cast in porcelain over the years as part of her ceramics practice, one is especially precious.

It is the last bar of soap used by her father before he died, and it took some time before she was ready to cast it.

“When you’re suddenly faced with holding that last object that has been with someone else so intimately, it’s quite a moving thing,” she says.

“It sat there and sat there, because often in the mould-making process it destroys the original.

“It’s that sacrifice you make, but now it’s forever in porcelain.”

The porcelain soap is displayed on a wall of the Art Gallery of SA alongside more than 100 other unique slip-cast soaps with gold lustre in an installation titled Things I know you’ve touched, part of Freeman’s 2019 SALA exhibition Ghost Objects, which opens tomorrow.

Ghost Objects is the culmination of her residency for The Collections Project, a collaboration between the AGSA and Guildhouse, which gave the artist the opportunity to spend more than 12 months researching the gallery’s permanent collection.

Freeman has always been drawn to everyday objects in her work, describing her casting process as creating the “small ghosts” of other items. During her residency, she was particularly interested in objects and works associated with the rituals of loss and grief – from a Roman glass flask from the 2nd century AD, to 19th-century mourning jewellery.

Her new suite of work for Ghost Objects sees bars of soap, handkerchiefs and buckets cast in porcelain and reimagined as vessels of memory and mourning.

They are beautiful, poignant works that seem to encourage contemplation.

AGSA curator of contemporary art Leigh Robb describes Freeman’s work as a “conversation” with the gallery’s collections, and the fact that her ceramics are on display in Gallery 16 alongside works dating back many centuries adds another dimension to the exhibition.

“This gallery, which is often referred to as the Memento Mori Gallery, deals with ideas around the afterlife and contemplations of mortality,” says Robb.

“It is the perfect place for Honor’s works … thinking about those things both real and metaphoric that collect tears.” 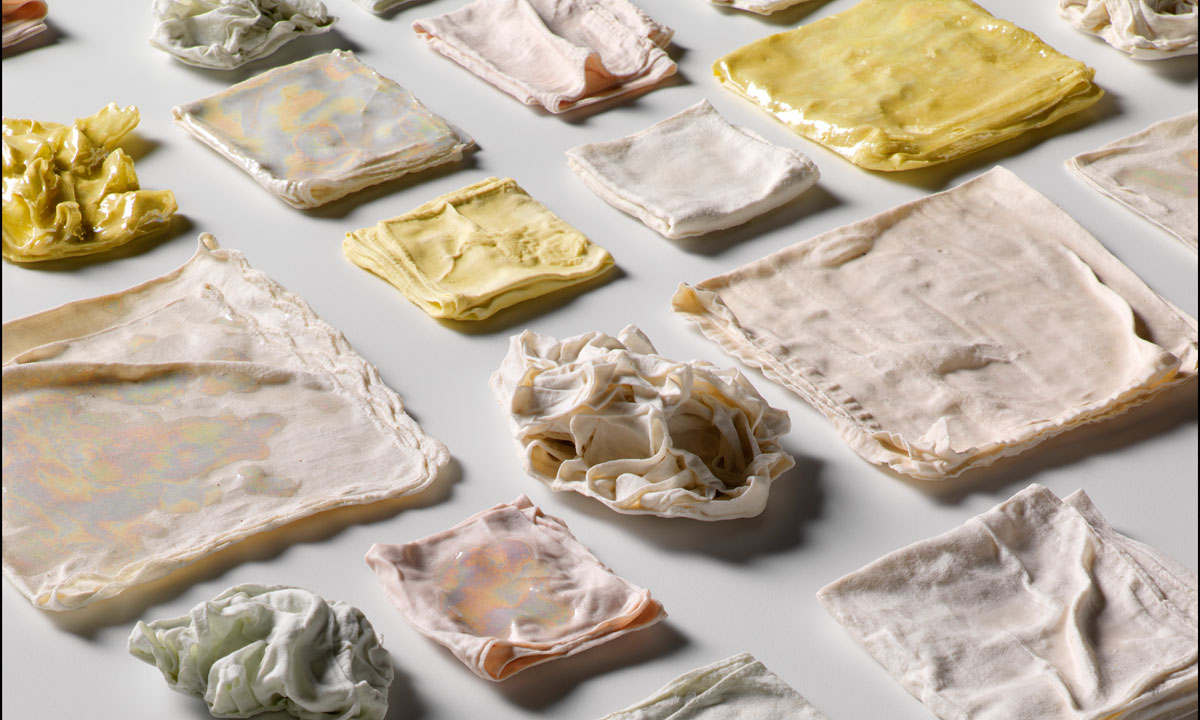 Freeman’s Shape of Tears comprises 80 slipcast porcelain pieces made from handkerchiefs donated to her by strangers as well as family and friends.

Some of the pieces still show the lace or embroidery of the original hanky. Less visible are the stories that often accompanied them – one of the most captivating of which came from a woman who gave Freeman hankies that had been made by her grandmother.

“As a young woman, she had learnt how to crochet on a boat coming out from England; a suffragette had taught her this craft on the boat sitting up on the deck. I think those kinds of stories are really powerful.

“Another woman told how her family was quite poor and her mother used to cut up sheets and pillowcases to make hankies.”

The bars of soap used for Things I know you’ve touched were also donated. Freeman has been casting soap for a long time (she presented the Soap Score installation at JamFactory in 2016) and says people regularly send her used bars.

“There’s a really lovely one that is almost like a small piece of weathered wood and it was found in an old abandoned shearing shed in northern New South Wales where the drought has been quite intense.

“It feels very representative of this very dry, thirsty land.”

Ghost Objects also includes a collection of eight slipcast porcelain buckets, topped with a mother-of-pearl lustre, which represent the idea of “buckets of tears”.

The most surprising piece could almost be missed by exhibition visitors. Displayed on a 17th-century wooden chest, sitting under Italian painter Giorgio Lucchesi’s still-life After the Hunt, it looks like a folded towel that might have been accidentally left behind during the exhibition’s installation. The only visual clue it is ceramic is a thin line of 23-carat gold leaf. 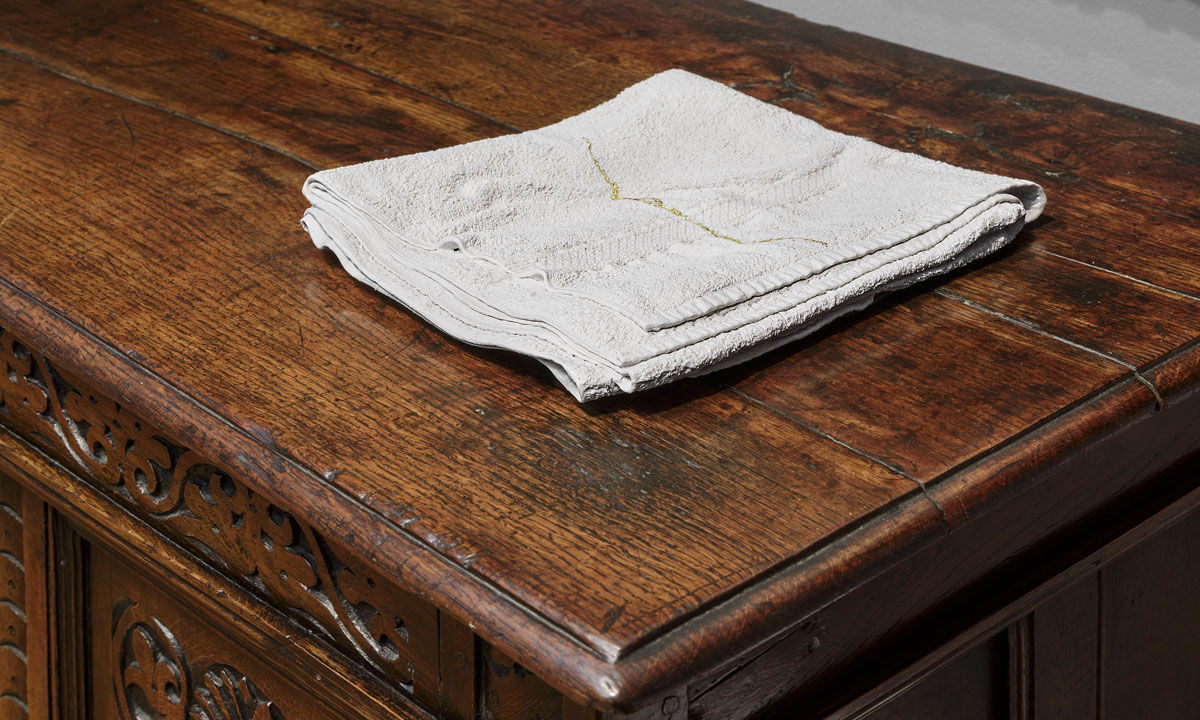 Honor Freeman: Ghost Objects will be on display in Gallery 16 at the AGSA from July 27 until September 29 as part of the South Australian Living Artists festival, which officially opens on August 1. Freeman will take part in a conversation with Annabel Crabb during the gallery’s First Fridays event next week.

As part of SALA, the AGSA is also presenting an installation at The Chapel at Lot Fourteen which invites visitors to use VR technology to experience the SA installation Living Rocks: A Fragment of the Universe, currently on display at the 2019 Venice Biennale.