On July 21, 1969, when Neil Armstrong took the first step on the Moon, Phil Cummings – the author of more than 70 children’s books over a 30-year writing career – was a young boy living in the South Australian country town of Peterborough.

As he writes in the back of Touch the Moon, a picture book celebrating the 50th anniversary of the Moon landing, he remembers the day clearly:

“It was a bitterly cold day and just as Neil Armstrong was preparing to walk down the ladder and place his foot on the moon, something else incredible was happening outside my window.

“The wind dropped and my world was suddenly gripped by an unnerving stillness. Then, to my utter amazement, soft gentle snow began to fall. It fell like feathers shaken free from a pillow and floated down without a breath of wind.

“The only other snow I had ever seen there – and ever did see in all the years I lived there – could hardly be called snow, because it melted before it hit the ground. This particular fall, however, was thick. It was steady, it was gentle, and for a child of eleven, it was magical.

“And because it was such an incredibly rare event, I found it very difficult to decide whether to stay inside and watch man walk on the moon, or go outside and play in the snow. In the end, I did both.

Touch the Moon, published recently by Allen & Unwin, has also inspired Space Race, a song cycle Cummings created with arranger and composer Glyn Lehmann which will have its world premiere at a family concert performed by the Adelaide Symphony Orchestra and Young Adelaide Voices in September.

Here, Cummings explains how the book led first to a song and then a song cycle, and how he feels about the “mind-blowing” experience of watching it come to the stage.

How was your book, Touch the Moon, transformed from the page to the stage in Space Race?

My co-collaborator in this project is my dear friend, renowned arranger and composer Glyn Lehmann. It was when Glyn and I were chatting about projects we were undertaking and setting a writing and production schedule that this first came up.

When I was working on the first drafts of Touch the Moon, I had also written a song – I always write a song when working on a book; it is part of my creative process. I never share the songs with anyone, but on this occasion I did. I played the song, which is called “Cold July Day”, to Glyn and it captured his imagination. We have actually recorded it and it has been released under our “band” name The Lunar Sea.

From there, Glyn had the idea to create something bigger. So as the process evolved, I took to writing the lyrics for five more songs that tracked the events and excitement of the Space Race in the ’60s. Glyn took the lyrics and created this incredible music.

These five songs, together with “Cold July Day”, are now the Space Race song cycle that will be performed with the Adelaide Symphony Orchestra and the Young Adelaide Voices – I still can’t believe it!

Did you provide any instructions to Glyn on how you wanted the music to sound?

Apart from the song “Cold July Day”, which was a finished work when I played it to Glyn, I let him explore his own creative space. I think that space is very important in creative partnerships and I make the analogy of working with an Illustrator when they are working on one of my books – I allow them creative space for interpretation.

As things evolve, Glyn and I talk them over during the process. I might have made suggestions about the feel and approach that certain songs might need given the lyric I had created and what I was thinking at the time of writing. Some of the lyrics had a certain “flavour” that I felt might need a particular approach or particular “feel” reflective of the time in which the work was set.

Describe your anticipation at seeing Touch the Moon performed live?

This is very difficult for me to put in words, to be honest … I find myself turning to clichés – it is a dream come true.

One of the most overwhelming things is that there are so many strands to this “story”. This is not only about the book; it is my childhood. It is the bringing to life – in story, song, image and music – of a strong memory of an incredible time in my life.

When put in those terms, all I can see is how incredibly fortunate I am to have this happen. Having a childhood memory, that took place in a very ordinary house in a remote country town, presented in such a powerful way is mind-blowing! Suddenly the ordinary becomes extraordinary. 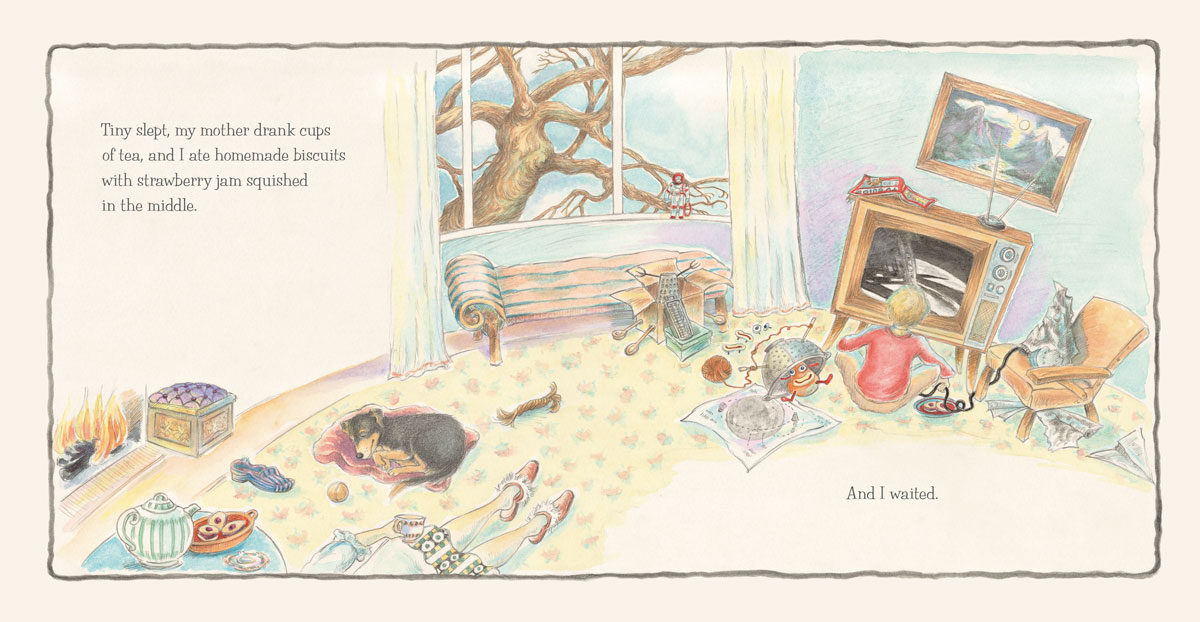 A page from Touch the Moon, by Phil Cummings, with illustrations by Coral Tulloch.

At what age did you first find joy in writing? What was your first story that had to be told?

Well, I started writing when I was a teenager. The truth is, I wanted to be a rock star! I listened to the likes of Bob Dylan, Neil Young, Van Morrison, Bruce Springsteen and so on. When I bought records, I would, like everyone did then, sit and read the record sleeves over and over and over again. I studied the lyrics and started to write some. So this is another exciting link to the project – what rock star wouldn’t dream of hearing something they create played by an orchestra?

Who will be sitting alongside you during the world premiere performance?

I am the youngest of eight children, so my family is enormous. They are all incredibly supportive, so they will be there!

The book is dedicated to the Moroney family – who are they?

The Moroney family lived across the street from us. They have always been good friends to me and my family. We had a lot of fun together – including building snowmen on July 21, 1969! 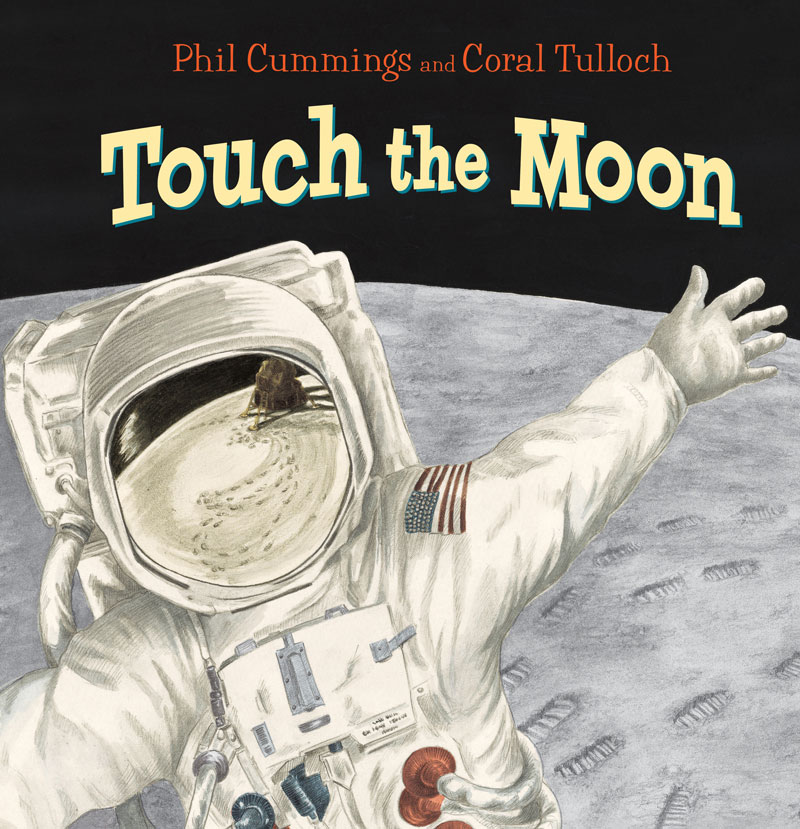 will be performed by the Adelaide Symphony Orchestra and the Young Adelaide Voices at the Grainger Studio on September 21. The family concert is said to be suitable for ages five and up.

Touch the Moon, by Phil Cummings, with illustrations by Coral Tulloch, is published by Allen & Unwin. The State Library of SA is presenting an interactive exhibition spanning the author’s career – Phil Cummings: Stories Behind the Books – until September 29.