Namatjira, the great-grandson of renowned Arrernte watercolour artist Albert Namatjira, was one of 23 finalists selected from among more than 350 entries in this year’s prize, and the only one who was also a finalist in the previous prize held in 2017.

His winning, life-sized work is called Close Contact. The painting on the first side shows Vincent Namatjira himself wearing a Stetson hat and giving a thumbs-up gesture, while the reverse shows Captain Cook with his hand extended, as shown in Emanuel Phillips Fox’s famous 1902 painting Landing of Captain Cook at Botany Bay, 1770.

“Cook is holding out his hand, as if to command the landing. It’s a very potent image,” Lisa Slade, assistant director of artistic programs at the Art Gallery of South Australia and one of the Ramsay Art Prize’s judges, tells InDaily.

“Vincent has taken the figure of Cook in the centre of that picture and made it into the other side of his portrait.

“It’s a work that attempts to navigate through the complexity of colonisation; what it means for him right now, 250 years next year on from Cook’s landing.”

Open to contemporary Australian artists under the age of 40, the biennial art prize was established in perpetuity in the name of SA cultural philanthropists James and Diana Ramsay. The winner was announced at the AGSA this morning by James & Diana Ramsay Foundation chairman Nicholas Ross.

“Vincent has such a beautiful style, like no other … he is an artist for the time.

“He represents an artist working from the centre of Australia but not working strictly within desert art traditions.” 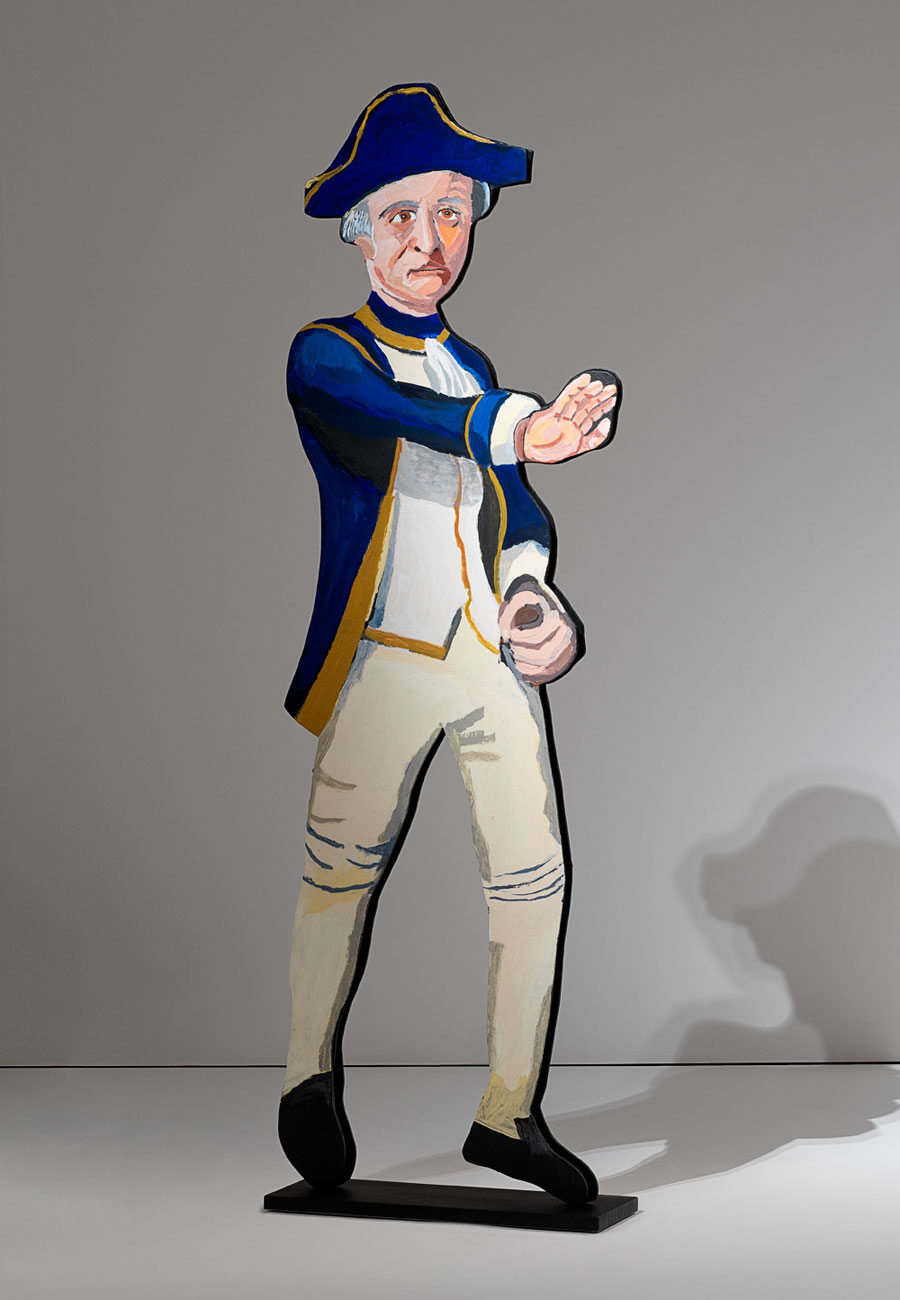 The winning work will be acquired into the Art Gallery of SA’s collection, with all the finalists’ work on show in an exhibition at the gallery until August 25.

Namatjira, who is based in Indulkana in the APY Lands and was also a finalist in the 2019 Archibald Prize, told CityMag he wanted to push himself to make something “innovative and unexpected” for the Ramsay Prize this year, and is looking forward to people’s response.

“I’m also really happy that it’s held at AGSA, because it means that my family can easily travel down to Adelaide and see my work, which they don’t actually get to do very often – they mainly just see me battling away in the studio at Iwantja Arts.

“I’m looking forward to showing my three daughters my painting in such an important context and showing them that even though we come from a remote community, we can have a powerful voice – that’s important to me, I want my girls to grow up believing that they can achieve anything they set their mind to.”

Slade says one of the things that struck the judges about Close Contact was the fact that as a “sculptural” two-sided work on plywood, it was a large step away from Namatjira’s previous practice based around traditional wall-based painting on canvas.

The Ramsay Art Prize is open to artists working in any media, and this year’s finalists have drawn on an extraordinary range of physical materials, from electroluminescent wire, charcoal, glass, aluminium and steel, to vinyl wallpaper, pearls, diamonds, sequins and recycled fabrics.

“It truly reflects the nature of what is happening right now – that nothing is off limits for contemporary artists,” Slade says.

She says a number of the works cross over between what was previously called “old media” and “new media”, or the analogue and digital realms. One sculpture, for example, features hand-stitching of sequins and LED lights, while another work uses a projected image over the top of a kind of traditional canvas.

“Early this century or late last century people were working in what we called new media or they were working in old media … I think now artists are tick-tacking across those things,” Slade says.

“I don’t think even the digital and analogue are divided realms – they’re really connected and you see that in the prize.”

The exhibition of 2019 Ramsay Art Prize finalists’ work will be on show at the Art Gallery of SA until August 25. You can read the full list of finalists and see more of their work here.