Also among finalists are Tarryn Gill, whose series of sound-emitting soft sculptures, Guardians, is currently on show at the Art Gallery of SA, and three South Australian artists: Sera Waters, Pierre Mukeba and Vincent Namatjira.

More than 350 people submitted works for the prize, which is held every two years and open to contemporary Australian artists under the age of 40.

Melbourne-based deVille, whose installation Phantasmagoria was part of the 2014 Adelaide Biennial of Australian Art, told InDaily she was thrilled to be named as a finalist, especially with what she considers to be her strongest work to date.

“It is this animal that is such a unique thing that you will probably never come across again as an ethical taxidermist.

“It took me four years to get my hands on it; it took me another six years to formulate how I was going to make it and to execute it … I really invested a huge amount into making it.”

Mother is my Monarch was the centrepiece of deVille’s solo exhibition last year at Linden New Art in Melbourne’s St Kilda. It features a baby giraffe adorned with an array of decorative components hand-crafted from precious metals and gemstones – including a diamond cluster from her ex-husband’s engagement ring (“we’re very close still … he really liked the idea”) – and is displayed in an equally elaborate case made to her specificatons by Kate Rohde.

DeVille, whose work explores a range of issues related to society’s treatment of animals, says the baby giraffe died of natural causes at Adelaide Zoo around 35 years ago and she came across it in the freezer of a museum in Tasmania where she used to do her taxidermy work.

Due to its age, it wasn’t suitable for traditional taxidermy and was instead freeze-dried. She hand-crafted all the decorative elements for Mother is my Monarch, including a jewelled harness and reins, which symbolise both the zoo animal’s lack of freedom and the idea of animals being used as form of transport.

“The giraffe has a cloche handle in her back, like on the cloches you would have over a platter of food, and she’s on a table, so it looks at the idea of why we think it’s acceptable to eat some animals but the idea of doing that to a giraffe people find completely abhorrent.

“There’s all these weird kind of lines that we have because we are conditioned to see certain animals as certain things – whether they’re classed as an endangered species or as food or as transport – but the ideas are pretty arbitrary.”

Despite the ideas she explores through her work, and the fact that she works only with animals that have died of natural causes, deVille’s art has provoked a backlash among some social media users. She says Mother is my Monarch created the biggest storm on Instagram, with some of the comments so horrific that she had to avoid the photo-sharing platform for a time.

“People don’t go and read about you before making assumptions; they don’t even ask questions …

“It’s a very visceral response that people have without actually thinking it through, and that’s what my work is trying to do: make people re-evaluate these things and ask why they respond to a giraffe in this way but wouldn’t necessarily have the same response to a different animal.”

The Ramsay Art Prize offers a kind of homecoming for the baby giraffe in Mother is my Monarch, with all the works selected as finalists to be exhibited at the Art Gallery of SA from May 25 until August 25. The winning work will be announced at the exhibition opening on May 24 and acquired into the gallery’s collection. 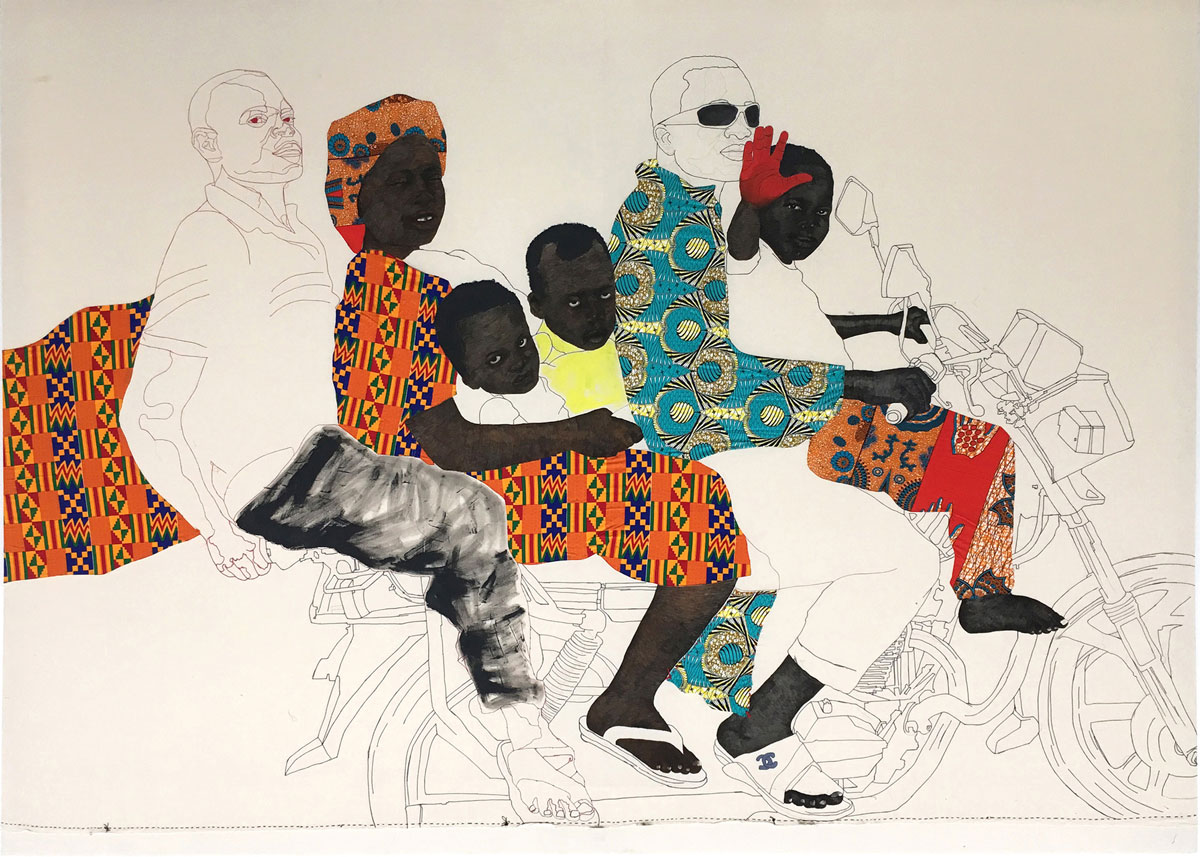 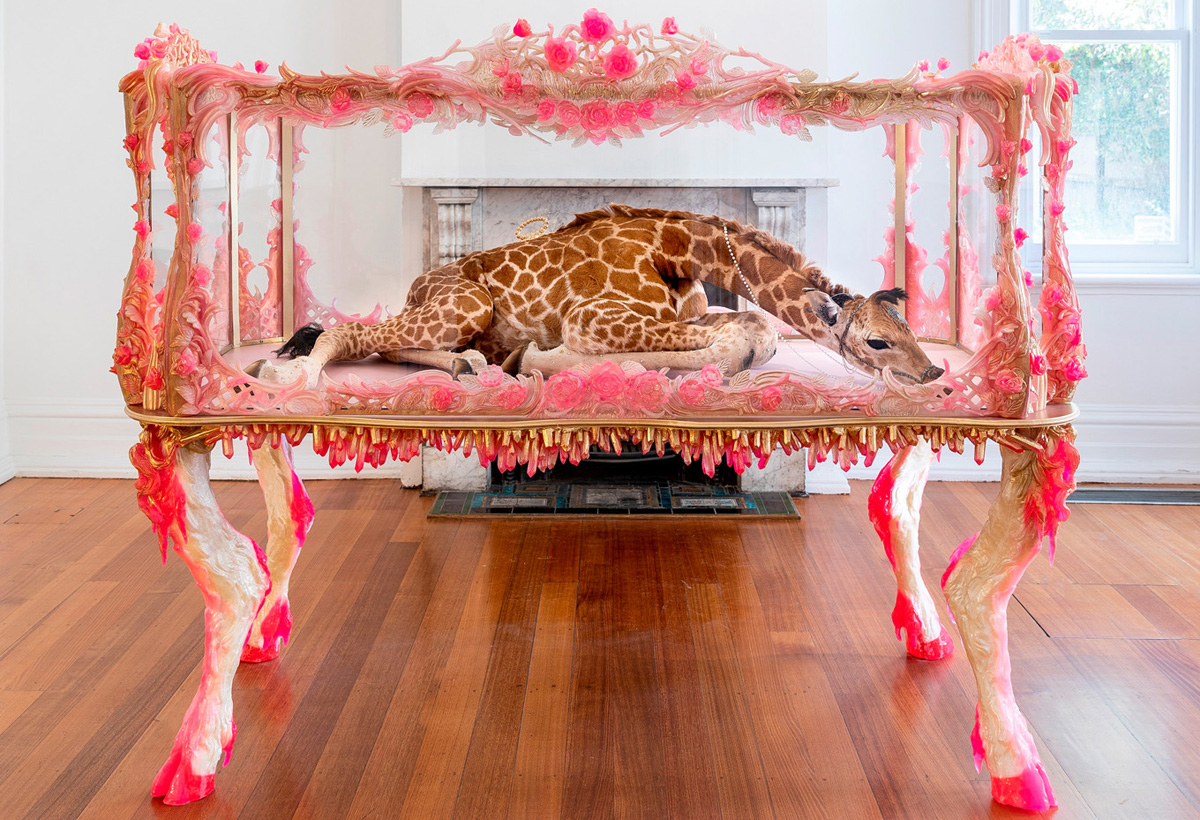 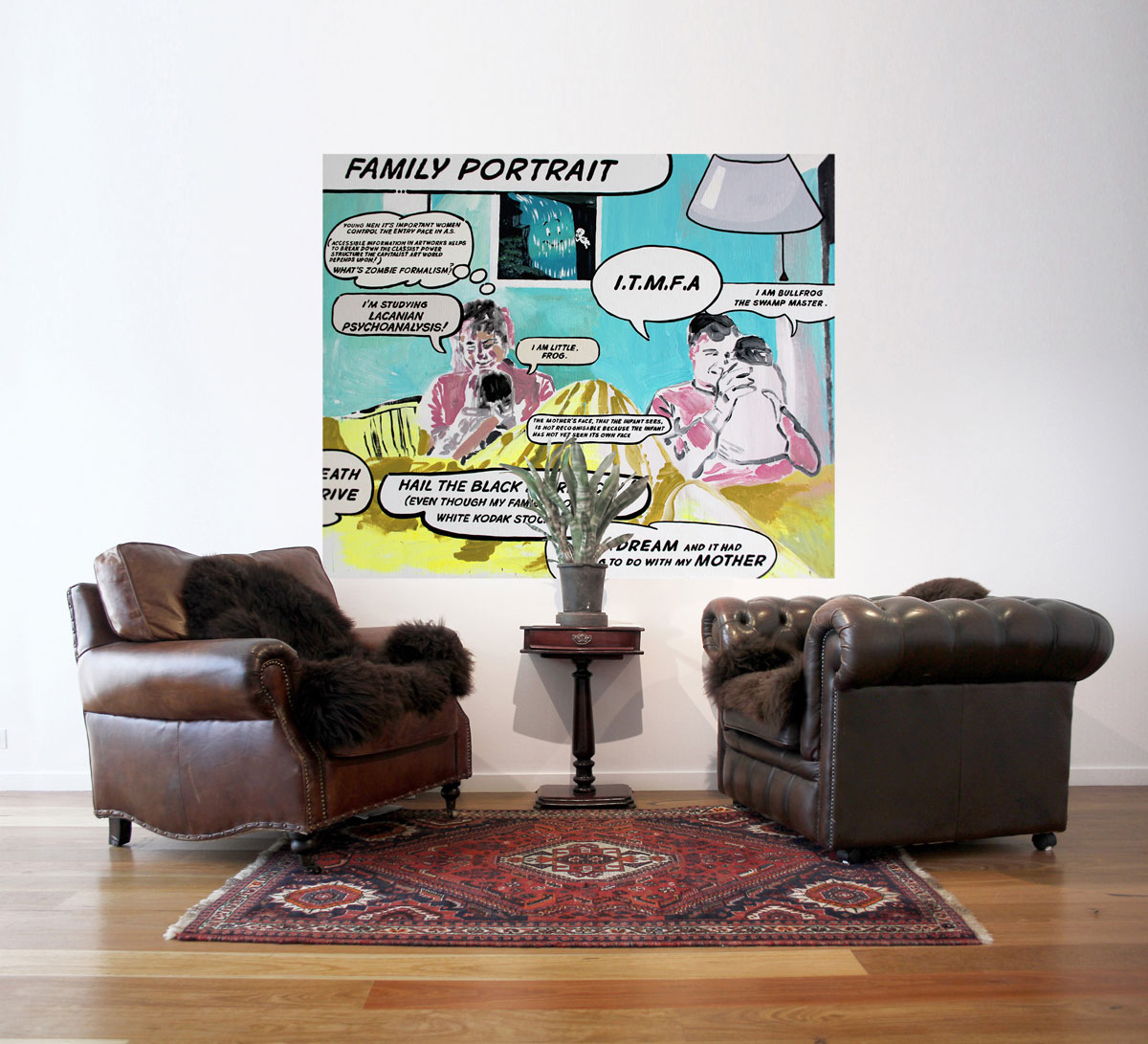 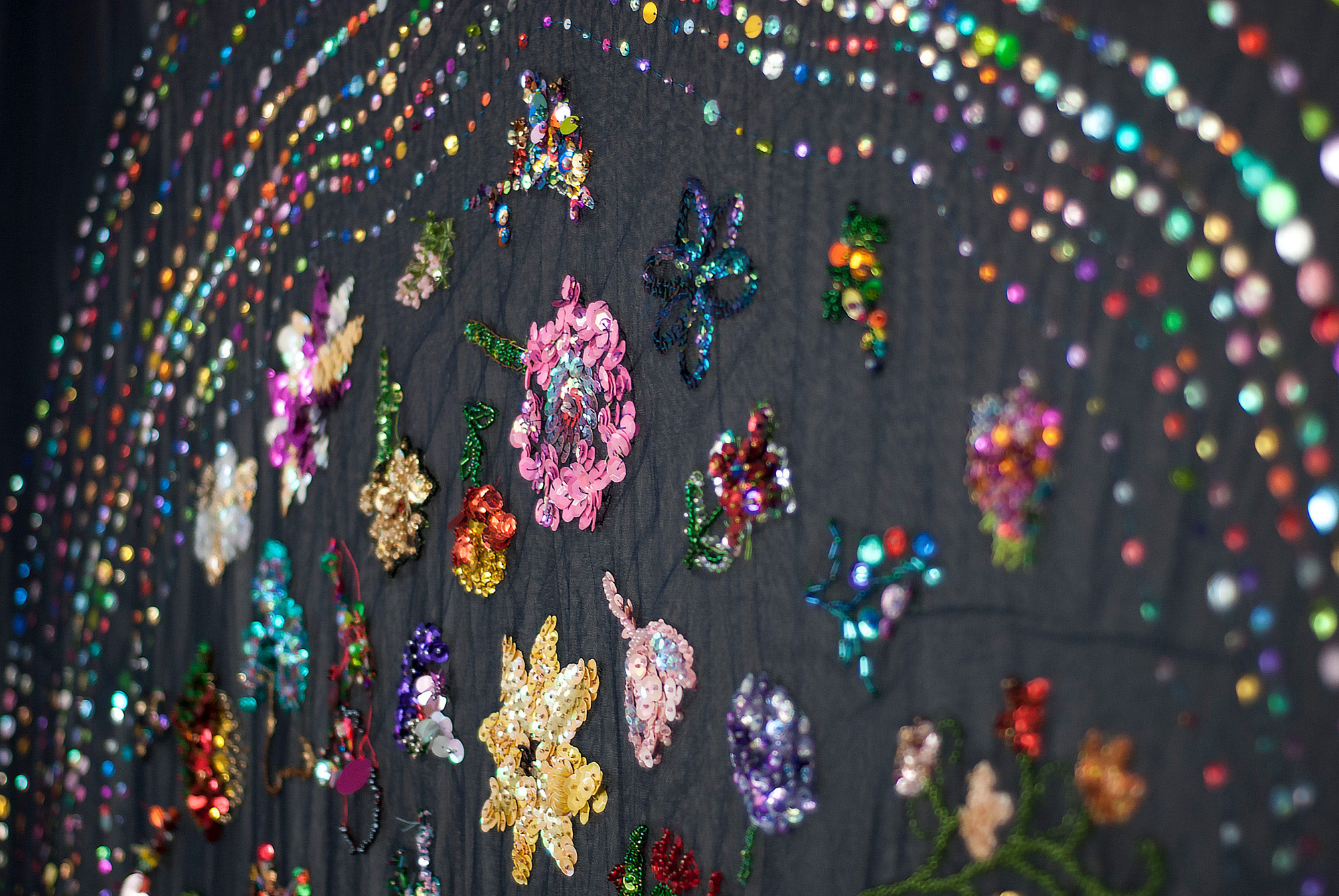 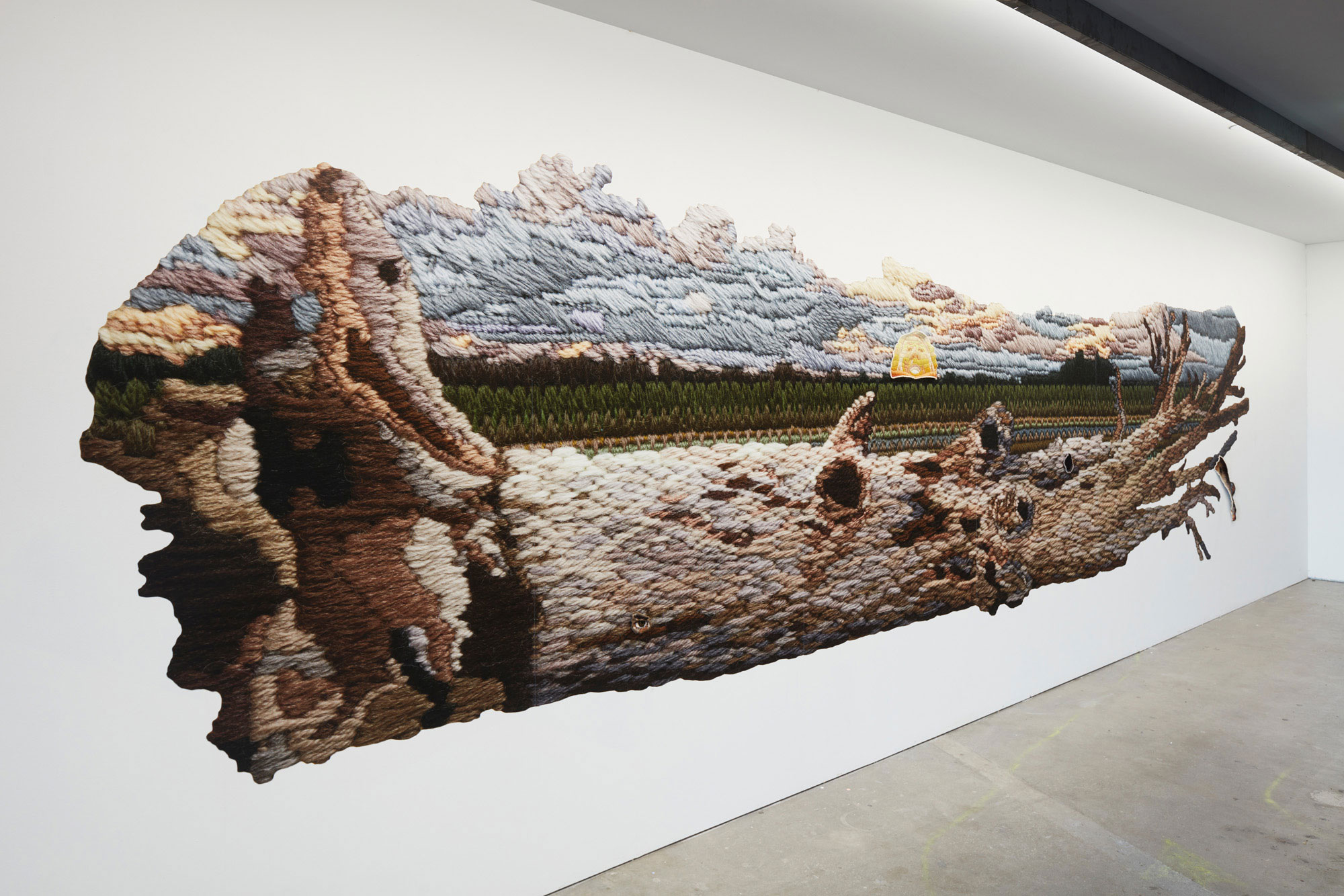 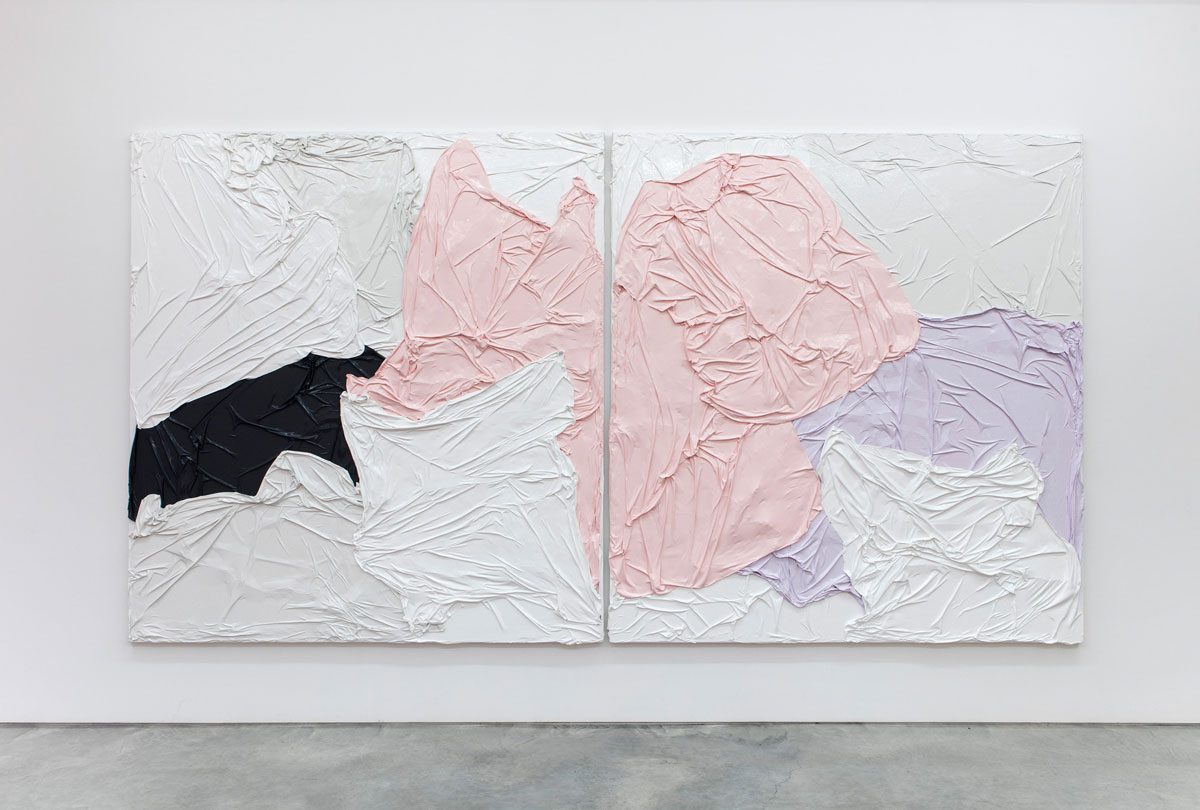