In seeking to come up with an exhibition title that would be both “eloquent and make sense”, curator Maria Zagala drew inspiration from English writer and artist John Berger, author of the 1972 book Ways of Seeing.

“I thought, Ways of Seeing is such a lovely title, actually. Because it makes you think about how artists reframe subjects, and also how the theme of the ocular is really strong.”

The Ways of Seeing exhibition, which is showing until April 22, is made up of prints, photographs, drawings, paintings and artists’ books that have been recently acquired for the gallery’s collection.

“I think of it a bit like an apples and oranges display, where you have many different kinds of works,” Zagala says. “The criteria for their selection was, they are required recently.”

She says the influence of Berger’s ideas is evident in some of the works in the display, such as those by artists who “draw on the strategies and language of popular culture and advertising to express their progressive political agendas”.

In 2011, New Zealand-born artist Locust Jones took a pen and brush to paper. The result was the 10m-long work titled Conscience of Revolt II.

“His drawings are many metres in length. He is very inventive in the way he installs them, often hanging them from high up or suspended or as a ball. It’s quite amazing.

“Why does he do that? He is interested in the media, he’s interested in the news cycle. He spent some time in Lebanon. I think he is very aware of the way Western media reports the politics of the Middle East. He’s critical of that.”

Jones’ fascination with the media and 24-hour news cycle inspired him to create Conscience of Revolt II in response to the Arab Spring and the way it was reported by Western news outlets.

Just as the work attempts to capture a sense of an endless stream of information, Zagala has tried to evoke a feeling of drifting in and out of the 24-hour news cycle by placing the work on a rising and falling platform (see top image) reminiscent of a wave.

The archival-based works were originally printed in different sizes, and posted across Australia.

Three of the posters depict individuals who applied for exemptions from the White Australia policy introduced to restrict immigration by non-Europeans. The images, which were part of the Aussie series, celebrate the role of cameleers, hawkers and other traders whose work was essential to Australia’s economy.

The final of the four posters is from Drew’s Equality series. It shows skulls stacked on top of one another, with the word “equality” plastered in across the bottom.

“I like the way the work is very obvious – everyone gets it. And yet it’s very clever, the messaging,” says Zagala of the 2018 poster.

Drew’s politically engaged practice not only explores Australia’s social history and racial stereotyping, but aims to investigate the idea of collective identities and emphasise the connections that unite us.

Come April 22, the posters will be housed in the AGSA’s print store alongside works by German Renaissance artist Albrecht Durer and Spanish romantic printmaker and painter Francisco Goya.

“Some people find that idea confronting,” says Zagala. “The idea a street artist is being looked after in the same manner as Goya and Durer.” 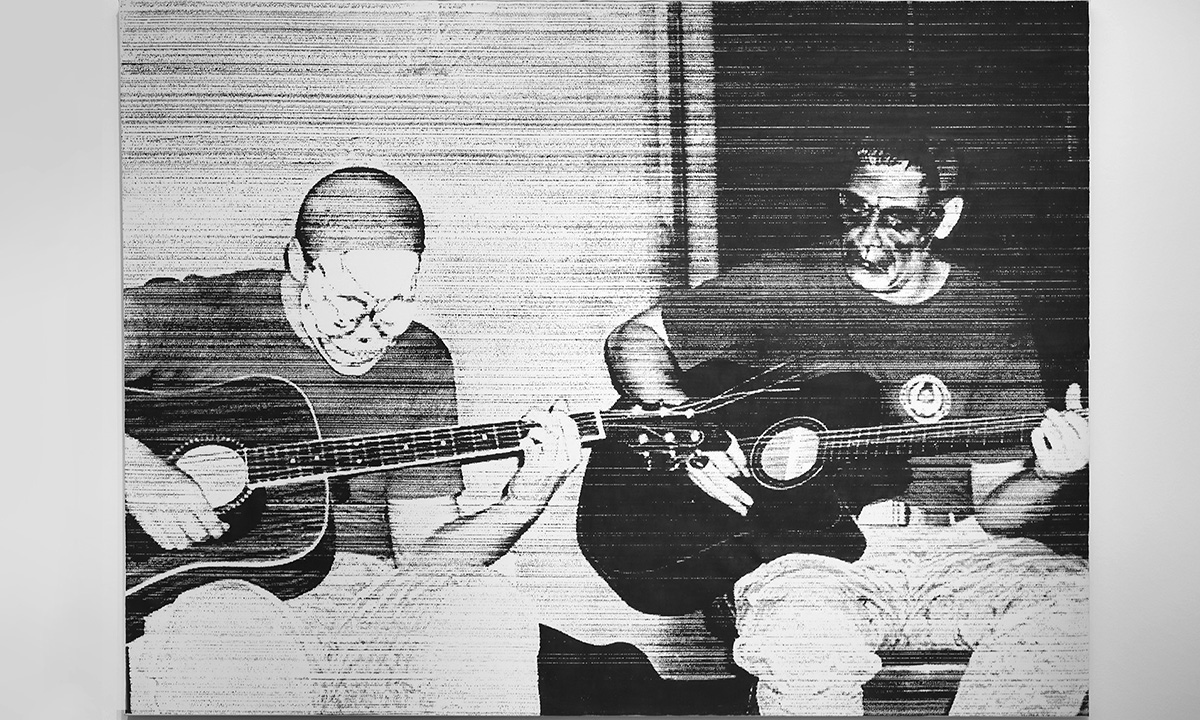 Puerto Rica-based artistic duo Jennifer Allora and Guillermo Calzadilla are interested in the prevalence of violence across the globe. Responding to social, political and environmental crises, their work explores the ubiquity of militarisation.

The image on display in Ways of Seeing is part of a series from 2010 which depicts American soldiers celebrating Halloween in Iraq. It shows one soldier wearing a Frankenstein mask and the other a skeleton mask.

“They’re playing guitars and having a moment of relaxation. And yet, the whole scene is macabre – given they’re trained killers for the state,” says Zagala.

The contrast seeks to highlight the grotesqueness of violence. 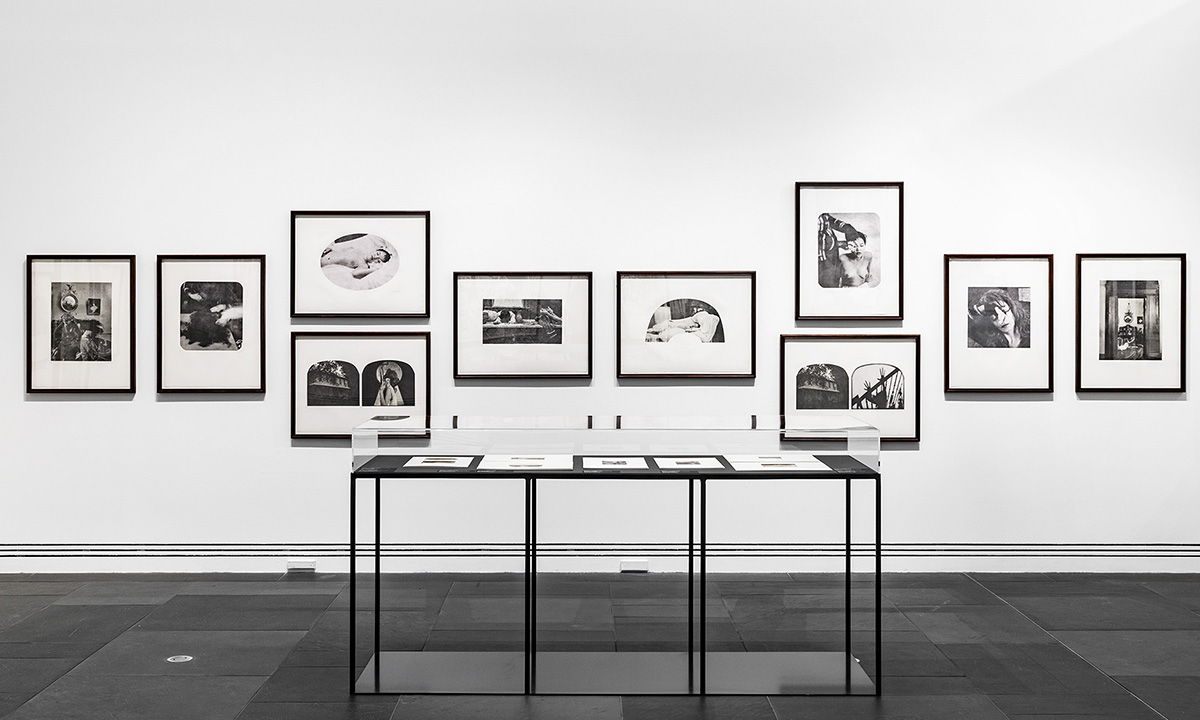 Positioned among a selection of South Australian photographs from between the late 19th century and early 20th century is a series of 19 prints by Australian artist Tracey Moffatt.

Highlighting colonial attitudes, the work’s title, Laudanum, refers to the opiate drug given to treat “hysterical” women during the 19th century.

The works, which have been selected from a larger narrative, were created using a 19th-century technique called photogravure (a form of photographic etching which uses a copper plate).

“You have a sense there’s a story here,” Zagala says of the series. “But you’re not quite sure what it is … there’s a very sexual relationship between a mistress and her maid. And also, the nationality of both is not clear.”

Moffatt uses a keyhole composition to make the viewer feel as though they are spying on the works’ subjects.

“She is so interested in melodrama and horror film. She’s interested in all film and film history, and draws on it. From Italian realist cinema through to ’50s Hollywood melodrama.” 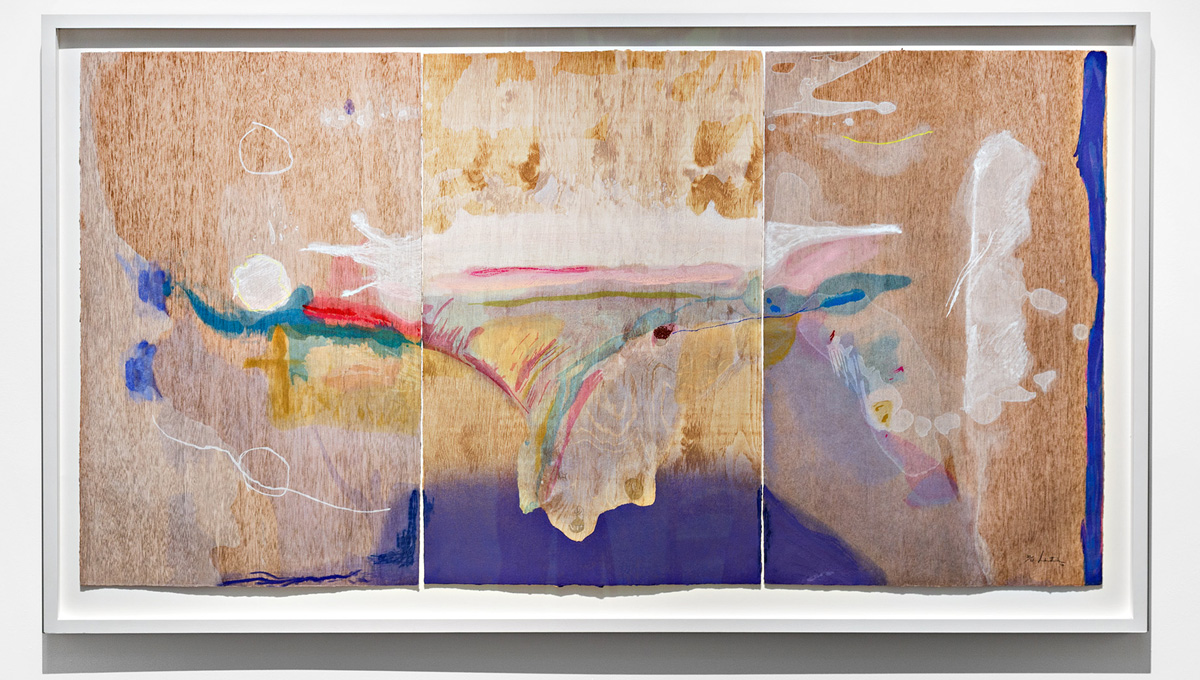 “She (Frankenthaler) pioneered a mode of painting, a technique of painting where she used paint that she thinned with turpentine and soaked into unprimed canvas. So the image was really imbedded in the support.”

Zagala says the result is like “the opposite of lush”..

“When I first saw this work I thought of the sea and an aerial view, looking down. And I was interested to read that Frankenthaler moved to a coast, she was on the coast of upstate New York, and she was close to the water.”

The painting is placed in a room with a video and images of the sea.

Although created in 2000, it draws on Frankenthaler’s earlier paintings and is the culmination of her experimentation with woodcut.

“I hate talking about printmaking through technique, because it’s boring,’ says Zagala. “But then I think, well actually, the thing about this work, like all abstract work, is it’s associative in its meaning. So where does it take me?”

Ways of Seeing: Recent acquisitions from the collection is on display at the Art Gallery of SA until April 22.