More Guilty Than the Poet

This two-day performance presented by SA Circus Centre explores the concept of mortality through music, dance, theatre and acrobatics. The show is described as a “visceral” story that follows a group of travellers whose boat becomes capsized. Tenor Robert Macfarlane will star as the lead vocalist and artists Jo Stone, Tobiah Booth-Remmers, Lisa Goldsworthy and Dylan Phillips will perform on stage. More Guilty Than The Poet is showing at the Festival Centre’s Space Theatre, with shows starting this morning and concluding tomorrow evening.

In what’s been described as a major coup for the Art Gallery of South Australia, three projects from prominent contemporary Japanese artist Chiharu Shiota are on display from today. Embodied is the first major solo survey of Shiota’s work to be shown in an Australian public gallery, featuring work spanning 25 years in multiple artforms including photography, installation, drawing and the moving image. Large-scale installation Absence Embodied, showing in the Art Gallery’s Melrose Wing, is made from 180-kilometres of red wool and sculptural elements moulded from Shiota’s body. Three red dresses – each measuring over six-metres in length – are also on display outside the Gallery’s front entrance. Embodied opens today and runs until October 21. Read more about the exhibition here.

Opening tonight at Dunstan Playhouse, State Theatre Company will take on Richard Roxburgh and Justin Monjo’s theatre adaptation of Tim Winton’s 1984 novel, That Eye, The Sky. Described as a “grand Australian drama about love, faith and family”, That Eye, The Sky follows protagonist Morton ‘Ort’ Flack, whose life is turned upside down when his father becomes paralysed in a car accident. Tim Winton says the story set the tone for his “post-colonial pushback” writing style in this interview with InDaily. Performances run until September 16.

Maybe 2 in a 1000, Hawksbill turtle (Eretmochelys imbricata) by Matthew Smith

Finalist artworks from the Australian Geographic Nature Photographer of the Year competition are on display at the South Australian Museum from today. The prize invites photographers to submit images of fauna, flora or landscapes in Australia, New Zealand, Antarctica and New Guinea regions. This year’s winner was Malaysia-based photographer Tracey Jennings, whose winning photograph captured the moment a school of fish fled from predators. The exhibition runs until November 11. See a photo gallery of finalists’ work here.

Priscilla Queen of the Desert

The flamboyant drag queens from Priscilla Queen of the Desert have made their way to the Festival Theatre to present Michael Cassel Group and Nullarbor Productions’ musical adaptation of the iconic 1994 Australian film. The musical tells the story of three friends who travel across outback Australia to perform a drag show in Alice Springs. Actor Robert Grubb describes the musical adaptation as having a “real rat-baggery” feel that stays true to film director Stephan Elliott’s original plot in this InDaily story. Performances run until September 15. Tickets available here.

The Man from Earth 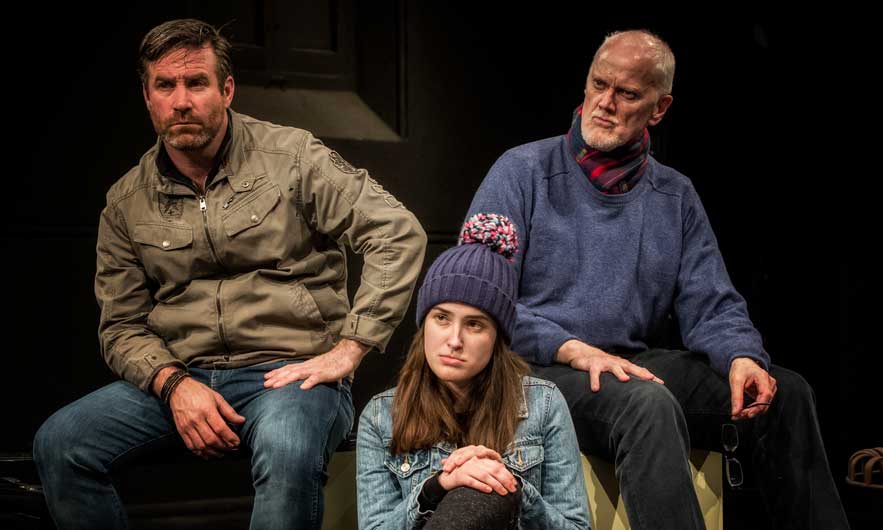 Red Phoenix Theatre is currently presenting Jerome Bixby’s stage adaptation of cult sci-fi filmThe Man from Earth at Holden Street Theatres. The play tells the story of a history professor called John Oldman, who claims he is 14,000-years-old. A gathering of Oldman’s friends and academics endeavour to dismantle his story, but they struggle to prove or deny the claim. Final performances run tonight and tomorrow night.