Today, Matthews is the co-owner and head of post-production at Adelaide boutique production company Beyond Content.

The Flinders University graduate and former video editor at KOJO Adelaide is also celebrating the recent release on ABC iview of her six-part series Unboxed, and will speak at this weekend’s Screen Makers Conference in Adelaide, offering emerging filmmakers advice on how to develop a web series.

Matthews says Unboxed actually evolved from a project about the transgender community which she was involved in pitching at the same conference two years ago.

“I came out myself as transgender about five or six years ago and began the process to transition and tell everybody in my life, which was a really big thing at the time,” she says, explaining why she wanted to make the series.

“Through that process, I reached out to the community and met so many amazing people with incredibly diverse stories of their own lives, both in Adelaide and around the country.

“I just felt there were so many stories that hadn’t been told … there are many funny and positive and upbeat stories, but also people whose whole families had broken down.

“Really, I was inspired by the community, and I feel film is a great medium for engaging people and helping them to understand transgender identities and narratives.”

By focussing the series on transgender artists, she was able to secure funding support through the ABC’s Art Bites initiative.  Working with a production team including producers Kirsty Stark and Rebecca Elliott (who will also speak at Screen Makers) and Adelaide cinematographer Aaron Gully (ACS), she travelled to different parts of Australia interviewing a range of artists – including a dancer, musician, writer and graphic artist – about their lives.

It’s been exciting for Matthews to see her first major project as a director come to fruition, but Unboxed has also been rewarding on a personal level.

“I felt like it was a way for me to tell my story through other people, because while we’re all so different, I do feel like there are a lot of common elements to our stories.

“It was really rewarding for me, because at one point I had thought I would have to pick between my career in film and being myself, and this was like the coming together of the two.

“I was able to work with some really wonderful people in the film industry who supported me all the way.”

Matthews says that for many years, filmmaking provided a useful distraction from her struggles with her gender identity. She was afraid to be open about who she really was, believing her career would be affected if she transitioned to become a woman.

“It’s not about the film industry, but it’s just the culture and the era I was raised in – I never felt like that was a possibility for me to come out and present as myself as a woman.”

When she did eventually speak to her employers, she was relieved to get their support, along with that of most of her family and friends.

Coincidentally, her own transition came around the same time as the increasing representation of transgender characters on screen in shows such as Orange is the New Black, Sense8 and Transparent.

“I feel like my coming out was almost quite simultaneous to all those things happening, but prior to that I didn’t have any role models and that is why on-screen diversity is so, so important – so that you can see yourself on TV and see that that’s okay.” 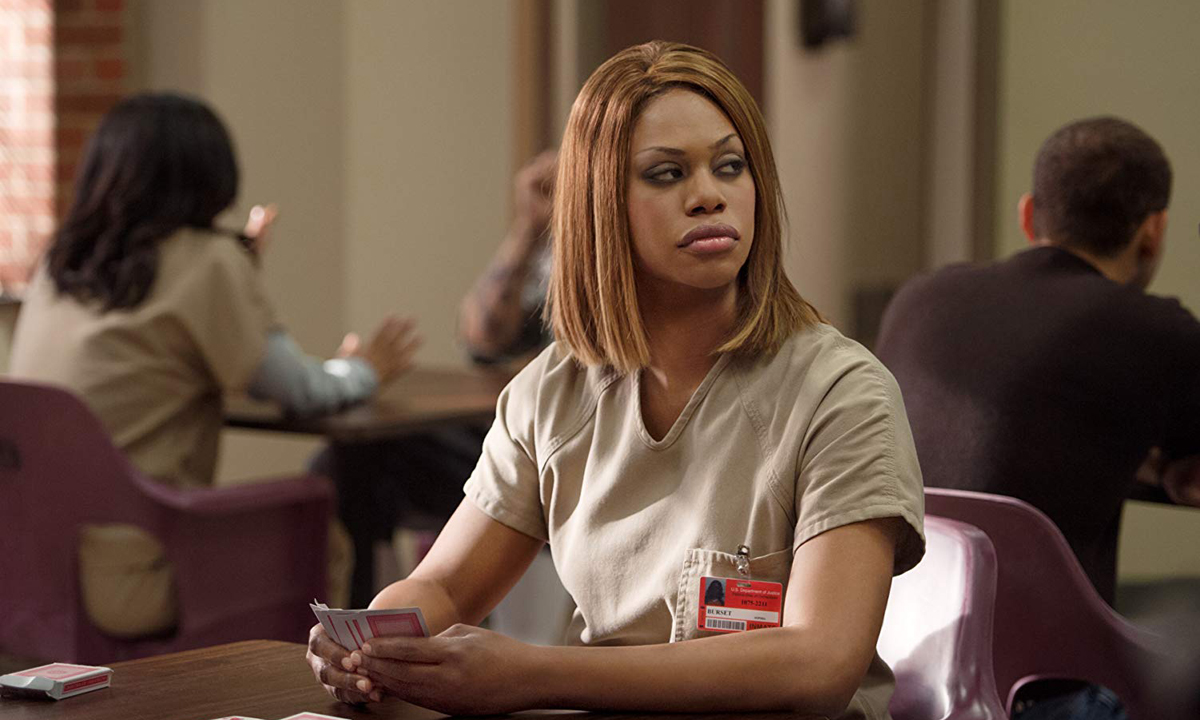 Transgender actress Laverne Cox won an Emmy for her role on Netflix series Orange is the New Black.

It’s an issue that has had a lot of publicity recently, with American actress Scarlett Johansson pulling out of a movie in which she was to play a transgender character – real-life criminal Dante Gill – after a backlash from those who believed the role should have gone to a transgender actor.

While other actors have played transgender characters in the past without similar controversy – including Jeffrey Tambor in the TV series Transparent and Eddie Redmayne in The Danish Girl – Matthews believes the response to Johansson’s casting shows how fast community attitudes have changed.

“I think there has been a shift in perspective… my own perspective has shifted,” she says.

“In the beginning, I thought that if you’re a great actor then you should be able to accept and portray any role if you’re the best person for the role, but there are so many opportunities that transgender people don’t get, even in general employment, because of the way they look or present or do or don’t pass … so the argument goes that trans people should play trans roles because there’s much greater authenticity there and it’s also giving employment opportunities to those actors.

“I agree with that now – they are set up on a platform to better be able to perform that role than anyone who hasn’t had that experience anyway.”

While corporate videos and television commercials are “bread and butter” for Beyond Content, directing Unboxed and attending the recent Frameline LGBTQI film festival in America has given Matthews renewed passion for activism and advocacy.

“The Safe Schools program went down in flames so I think my next project, if I can get it up, will be around queer identities and education in Australia and what that looks like moving forward.

“I’d like to interview some people with profiles who are queer, who are the voices for our community, and weave a bit of a narrative around what happened to the Safe Schools program and also consult kids of today who are out and proud and what their views are about education.”

The 2018 Screen Makers Conference is on this Friday and Saturday at the Mercury Cinema, with other speakers including directors Scott Hicks and Sophie Hyde (offering advice for aspiring screen directors) and actor Natasha Wanganeen (taking part in a session about casting for diversity). Sam Matthews, Kirsty Stark and Rebecca Elliott will feature on a panel alongside Anthony Firth (the director of another ABC Art Bites series) at a session titled Homegrown SA Web Series on Saturday at 3.15pm.

Unboxed is available for viewing on ABC’s iview.