The power failed. Let’s get that out of the way first.

Ten minutes before the performance was due to end, the stage was plunged into darkness. There was silence, save for the sounds of exertion from the nine dancers who still held the audience spellbound, who continued to perform with astonishing professionalism and in perfect unison until a voice declared, finally, that the power could not be restored.

While it was disappointing to miss those final 10 minutes, there was something apt about this reduction of the performance to the rhythmic sounds of the bodies moving on stage — now in the shadows — because The Beginning of Nature is about the patterns and rhythms within nature, where human creatures, held in the sway of forces beyond their control, are at one with this earth.

That said, Brendan Woithe’s musical composition holds mighty weight in this collaboration. The Zephyr Quartet’s violins, viola and cello fed and mutated through loops that pulse and merge and repeat with a thrumming, visceral electronic beat that becomes inseparable from the dancers’ bodies.

The two singers’ voices swell and weave through this wall of sound, singing words in Kaurna, the Indigenous language of the Adelaide Plains — the most appropriate language, director Garry Stewart says, for a work that explores the patterns of nature.

Produced in collaboration with Kaurna and Narrunga man Jack Buckskin, who provided the libretto for this performance, The Beginning of Nature is the culmination of three years’ work on a piece first performed at WOMADelaide in 2016. It is now honed to perfection.

Stewart describes the collaboration as reflecting both European and Indigenous approaches to nature: the science of biology and ecosystems on the one hand, the moulding of the work through Buckskin’s responses to the choreography and resulting conversations with the dancers on the other. Non-Indigenous attitudes tend to place humans as separate from nature, while Indigenous cultures place humans as creatures inseparable from it. 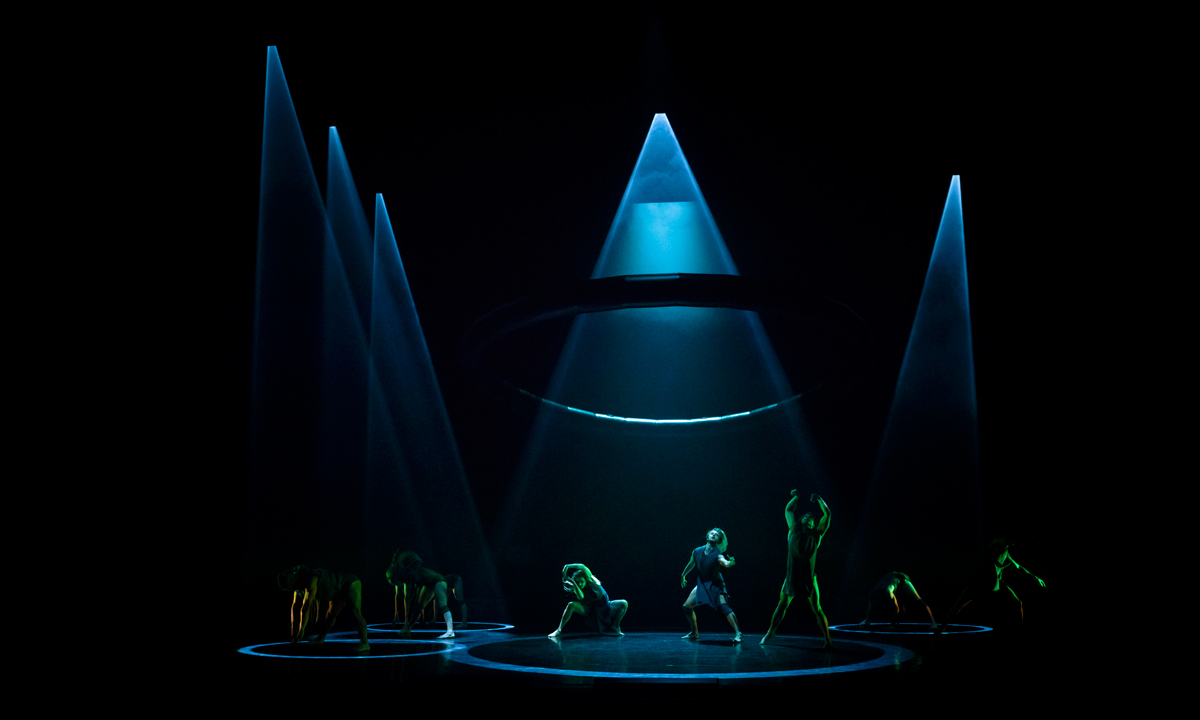 The dancers move together at times as cells in a single organism, pulsing and metamorphosing. They cluster, herd together then break apart, the sense of these bodies as primordial organisms heightened by susurrations and subtle vocalisations made with mouths and breath.

The extraordinary strength of their movements is tempered with melting, mesmerising grace. With intense expression they exert themselves against the overwhelming forces of nature — the seasons, the tides, the winds, the rising and falling of the sun — over which they have little control.

All other elements of the production come together to create an emphatic whole; the stark simplicity of the set crowned by a suspended ring of light-absorbing black that seems to exert a force of its own, the musicians and singers arranged in a line at the back of the stage; the androgynous costumes in muted, organic greens that morph in response to the excellent stage lighting, the appearance of a lone, trailing tree, a conch shell, a cluster of leaves.

This was an unforgettable performance, so great that not even the power failure that brought it to a premature end diminished its impact. If you’re lucky enough to secure a ticket for one of the three remaining nights, enjoy those final minutes. I bet they were spectacular.

The Beginning of Nature plays at Dunstan Playhouse until July 14. It is part of the Adelaide Dance Festival, which continues until July 21.