Like the artists included in the Art Gallery’s exhibition Colours of Impressionism: Masterpieces from the Musée d’Orsay, which opens this week, many Australian artists studied in Paris, the undisputed centre of the art world at the end of the 19th century.

They similarly became inspired by new modes of artistic expression, and among them were Australian artists such as Charles Conder, E Phillips Fox, Margaret Preston, Bessie Davidson and Hans Heysen.

Most famously, the flamboyant Charles Conder arrived in Paris in 1890 and became a legendary member of the fin de siècle. He is known to have accompanied the celebrated French artist Henri de Toulouse-Lautrec to the cabarets of Montmartre.

Although he led a fashionable, urbane existence, Conder also responded to the elemental qualities of the natural world, particularly the sea, earth and sky.

During frequent visits to rural and coastal towns in France, he became captivated by these subjects and created some of his most celebrated landscapes. Among them is Conder’s luminous pastoral scene Hayfield, Giverny, France, 1894, currently on display in the Melrose Wing of the Art Gallery of South Australia in response to the French Impressionist works in Colours of Impressionism: Masterpieces from the Musèe d’Orsay. 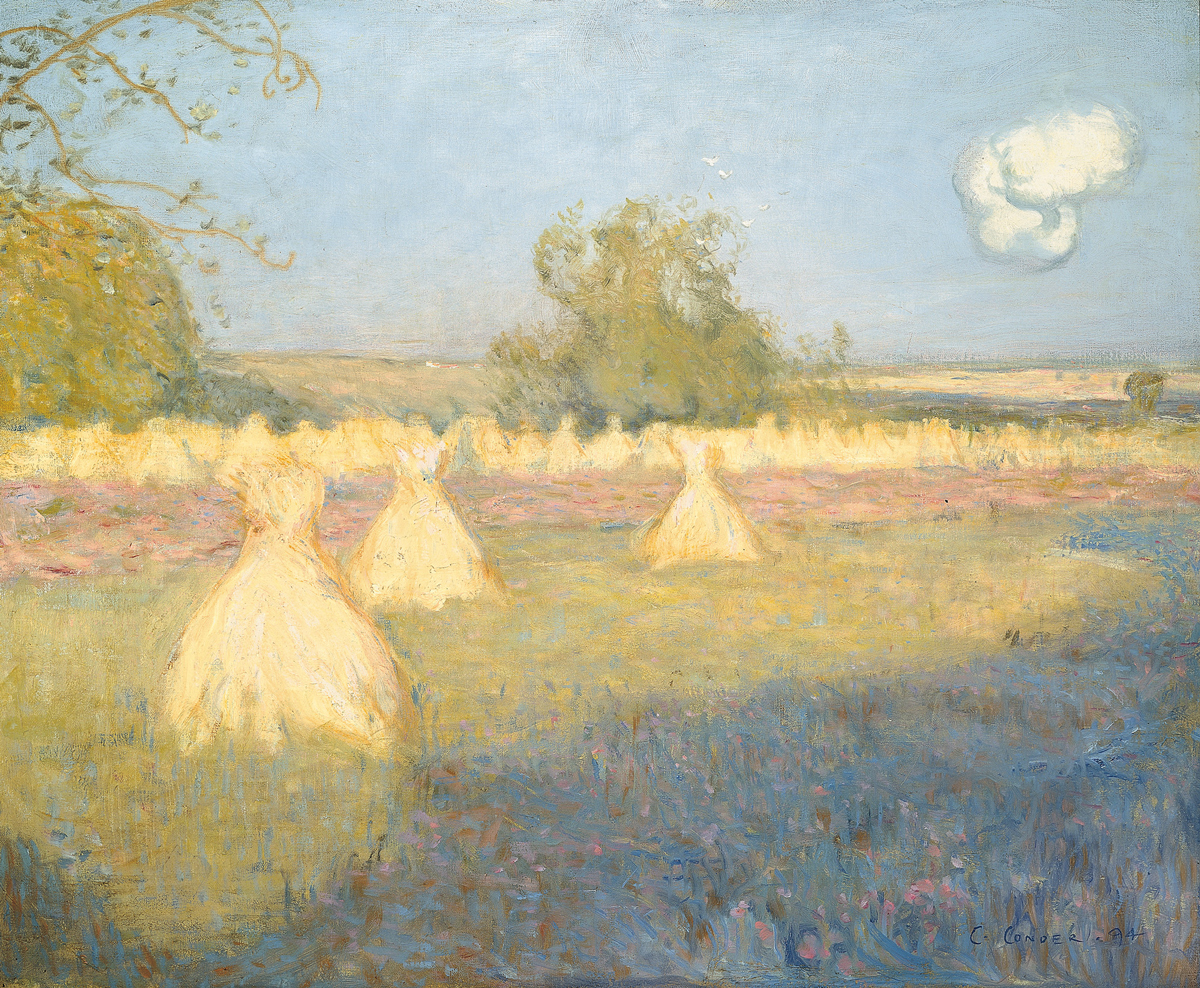 Between spring and autumn of that year, Conder produced some of his most celebrated paintings in the Normandy region of France. Exuding a sense of warm, ethereal light, Hayfield, Giverny is exemplary of this period and points directly to the influence of Claude Monet, who moved to Giverny, a small town close to the Seine, in 1883.

Fresh from seeing Monet’s renowned series of grainstacks on display in Paul Durand-Ruel’s Paris gallery, Conder responded with his own field of hay stooks, which demonstrates a move away from his earlier tonalist palette towards one defined by pure colour. The freshness of line and breadth of handling in this figureless rural scene echoes Monet’s use of a brilliant high key palette and broken brushwork, but the lyricism of the cumulus cloud is a distinctive Conder touch.

Those Australian Impressionists who explored and experimented with colour, composition, technique and subject matter are now featured in a focussed display in the Melrose Wing.

This special presentation reveals not only how Australian art took place beyond the confines of our borders but also the extent to which Australian artists were immersed in the most radical developments in European art at the time.