Restless, which works with young people with and without disability, is seeking to raise $25,000, which will be matched by two current donors. It also has a commitment from Creative Partnerships Australia to match that $50,000 with a further $50,000

Ryan says if the Restless Goes Global campaign is successful, the $100,000 total will help the company leverage the momentum created from its acclaimed 2017 Adelaide Festival experiential work Intimate Space, which won a Ruby Award for innovation and enterprise and was nominated for a national Helpmann Award.

“I think the company has had an amazing long history but the success of our show Intimate Space in the Adelaide Festival last year has lifted our profile nationally … we went to APAM [the Australian Performing Arts Market, in Brisbane] and there was such positive interest in the work,” she told InDaily.

“And working with someone as renowned as Meryl Tankard, it feels like this is a moment for the company to really take off and we just need that extra support to be able to resource ourselves for touring.”

It has been invited to present Intimate Space, a series of solo and duet works performed in a hotel setting, at the Hilton Surfers Paradise during the Bleach∗ Festival, which is part of the arts and culture program of the 2018 Commonwealth Games on the Gold Coast.

While funds raised through its campaign will enable Restless to tour future works, some of the money will be used to finish new work Zizanie, which has been created by internationally acclaimed director and choreographer Meryl Tankard.

Ryan and Tankard have a long association: they worked together at Adelaide-based Australian Dance Theatre in the 1990s, and Tankard was a strong supporter and friend of Ryan when she was later diagnosed with multiple sclerosis, directing a beautiful and intimate documentary about her life called Michelle’s Story.

Ryan says when she was appointed to her role with Restless, she immediately thought she would like to get Tankard on board to direct a work for the company. Zizanie, created specifically for six Restless dancers, celebrates “beauty in difference”.

“The word zizanie has quite a few meanings, but the French meaning for it is weeds … some people find weeds beautiful and some people just rip them out and throw them away. I think it’s a nice way of looking at difference in society,” Ryan says.

“It’s amazing to have Meryl here and for our dancers to have that experience of creating a work with someone like her.

“It’s also an opportunity for them to see there are career paths in the arts for people with disabilities … and they rise to the occasion.” 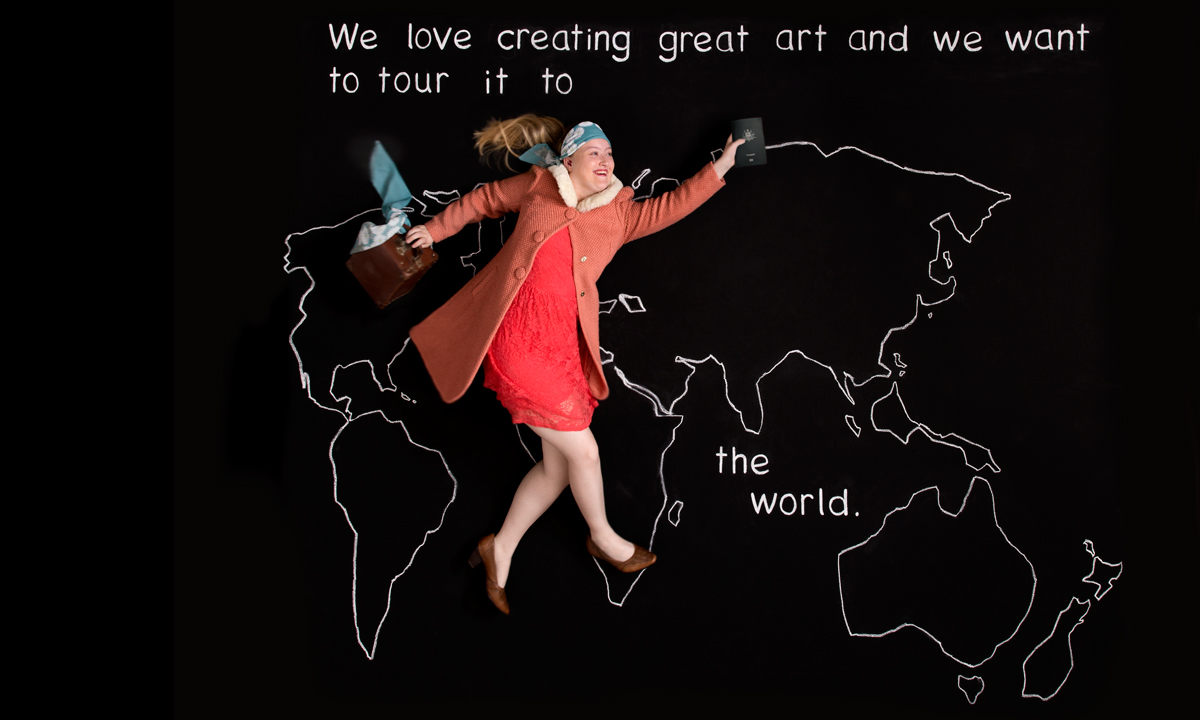 The Restless Goes Global campaign is being launched today on social media, newsletters and GiveNow, with a reception to be held at Government House on Wednesday to acknowledge supporters.

The main focus for touring internationally will be Europe, with Ryan saying there has already been interest from Edinburgh.

“For Restless, the concept of ‘Going Global’ is about connection between our company and audiences across the world.

“It speaks of building our profile and celebrating our unique dancers with and without disability, and the incredible art they create.”