The Adelaide Festival officially launches today and continues until March 18, with highlights this weekend including the Lost and Found Orchestra, operatic work Hamlet, State Theatre Company play In the Club (read review here), Canadian theatre-maker Robert Lepage’s The Far Side of the Moon, Brink Productions’ Memorial (read CityMag‘s interview with the director here) and Helpmann-award-winning dance work Split. There will also be live music, DJs, artist talks and other events on the Riverbank Palais throughout the Festival. Read all InDaily’s Adelaide Festival, Writers’ Week and WOMADelaide stories and reviews here.

From the creators of percussion group STOMP, Lost and Found Orchestra will be at Elder Park on Saturday and Sunday nights with a musical performance created using sounds produced from everyday objects. Soup pots, barrels, a fire extinguisher and even drainpipes will be used to mimic the different sections of a symphony orchestra. The group will also perform a score created especially for the Adelaide Festival. More information here. 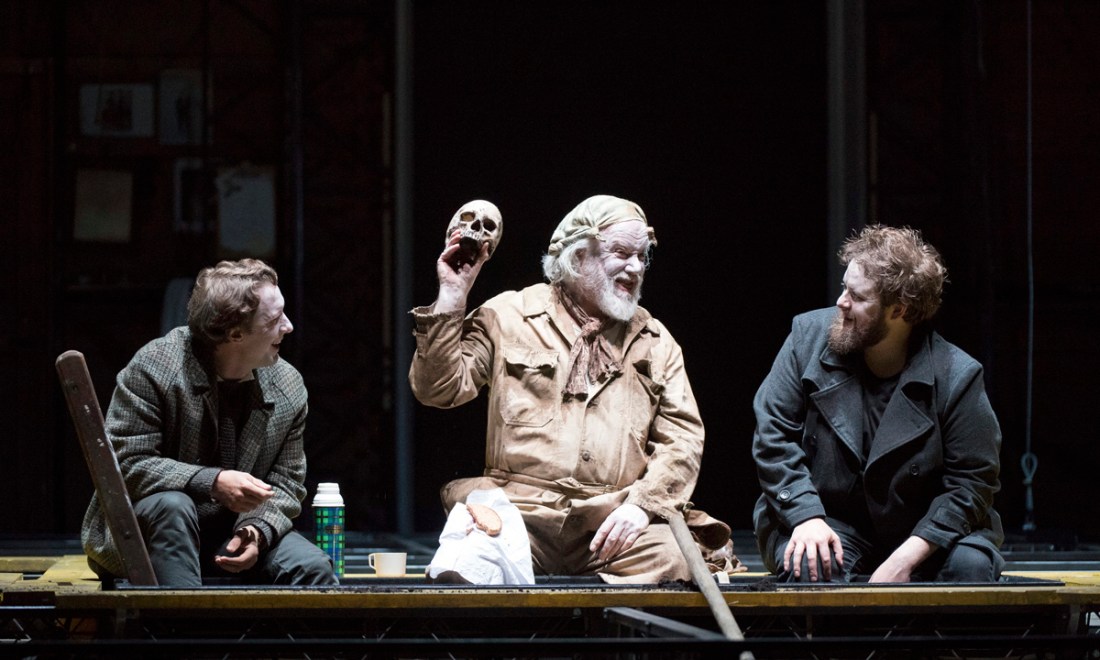 Australian composer Brett Dean’s operatic work Hamlet, directed by Adelaide Festival joint artistic director Neil Armfield and presented by the Festival in association with the State Opera and Adelaide Symphony Orchestra, has its Australian premiere at the Festival Theatre tonight. Dean’s interpretation of the Shakespearian tragedy is described as a “darkly complex opera that takes the timeless tale of love, betrayal and revenge to new heights”. Read more in this InDaily story; tickets still available.

Adelaide-born choreographer Lucy Guerin’s Split is described in the Festival program as “possibly the most-talked-about dance event of 2017” after receiving a Helpmann Award for best dancer (Lilian Steiner). It centres on a physical struggle or drama playing out between two women as they negotiate “ever-diminishing dimensions of space and time” against a layered percussive score by UK composer Scanner. Split is playing from tonight until March 5 at AC Arts.

The Far Side of the Moon – Her Majesty’s Theatre 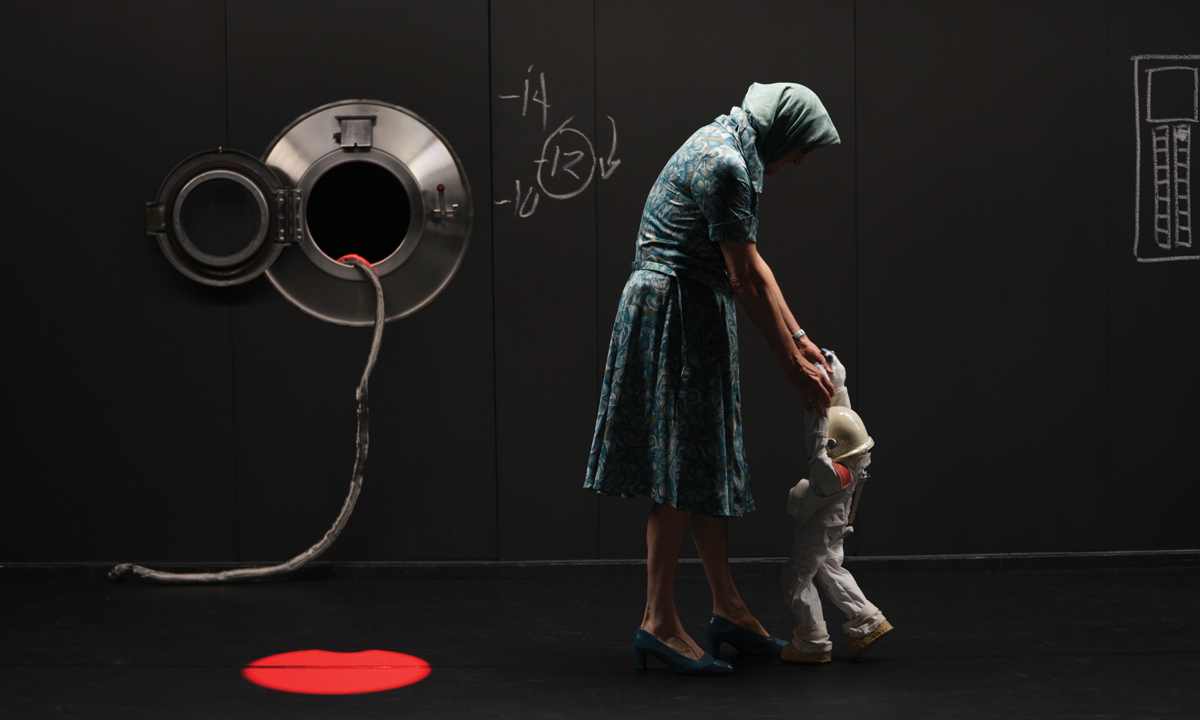 Written and directed by Canadian theatre-maker Robert Lepage, whose acclaimed work Needles & Opium was part of the 2014 Festival, this show tells the story of two very different brothers who become entwined in the history of the Soviet-US space race. Awarded five stars by The Guardian in London, it is playing at Her Maj from today until March 7. 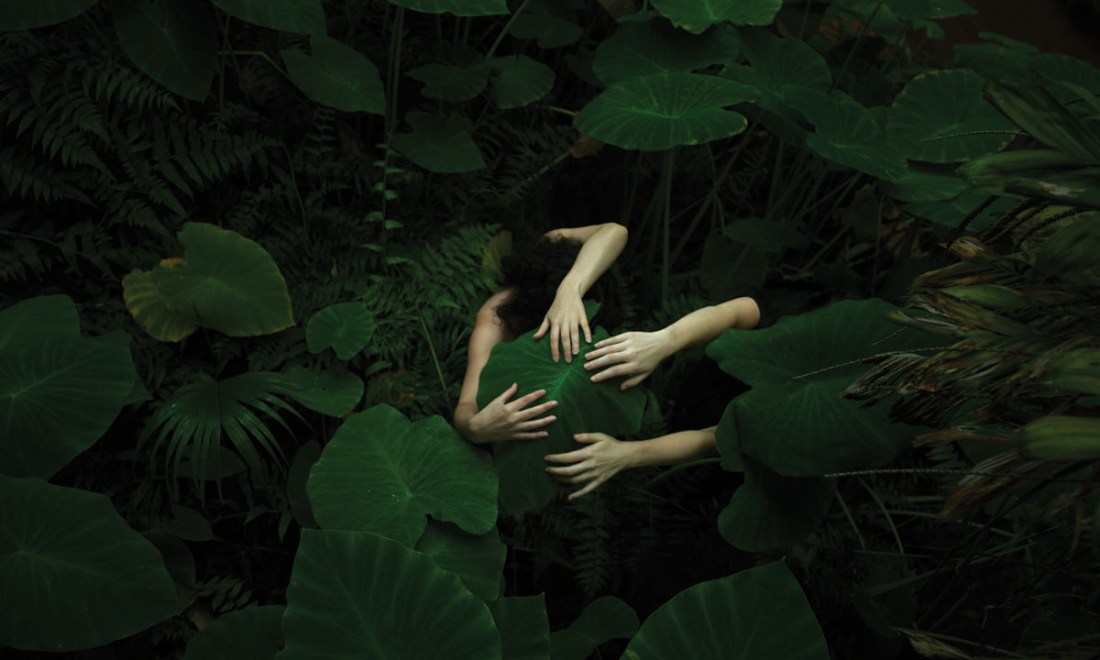 Elephant ear (Alocasia odora) in Autumn from the series In our nature, April 2017, by Tamara Dean.

The Art Gallery of SA, Samstag Museum of Art, Jam Factory and Adelaide Botanic Gardens will host exhibitions in this year’s Adelaide Biennial of Australian Art, which opens tomorrow. Thirty Australian artists interpret the theme Divided Worlds through photography, painting, sculpture, installation and moving image. The Art Gallery will conduct free public tours of its exhibition every day (more details here) and there will be a range of free artist talks, forums and other events at various venues during this weekend’s vernissage (details here).

Chisel will headline the Adelaide 500 post-race entertainment opening night tonight as part of a special “Made in SA” concert. Led by Jimmy Barnes, the rock group will be joined by country singer Kasey Chambers and rock band Bad//Dreams. Perth rock group Birds of Tokyo will headline Saturday night’s concert, alongside American alt-rock band +LIVE+, who will return to Adelaide for a one-off performance. Robbie Williams will close the event on Sunday night. Purchase tickets here.

The Adelaide Fringe continues into its third week with highlights including an underwater concert, British comedy, hypnosis and acrobatics. See all InDaily’s Fringe coverage, including previews and reviews, here. 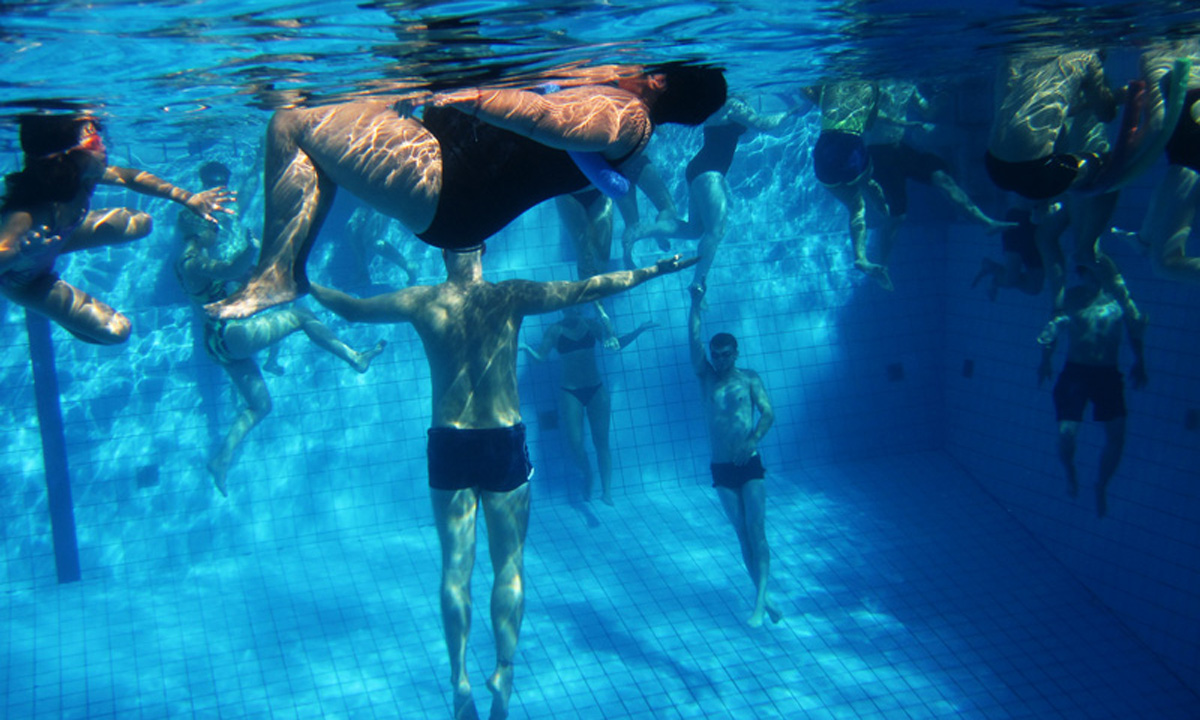 Dive in to the Adelaide Aquatic Centre this weekend to experience a unique listening performance. Wet Sounds participants are invited to swim underwater or float on top as over and under-water sounds are projected from strategically placed speakers around the pool. Scuba divers will add a visual element to the experience by creating what’s described as “surreal scenes” on the pool floor. Participants must know how to swim; goggles optional. Read InDaily‘s interview with the show’s curator here.

Experience the hit stage comedy behind Phoebe Waller-Bridge’s BAFTA award-winning BBC TV series Fleabag at the Garden of Unearthly Delights this weekend. Actress Maddie Rice will grace the stage to tell the story of an emotionally unfiltered and brutally honest 26-year-old trying to navigate life following the death of her best friend. InDaily awarded it 4.5 stars in this review. 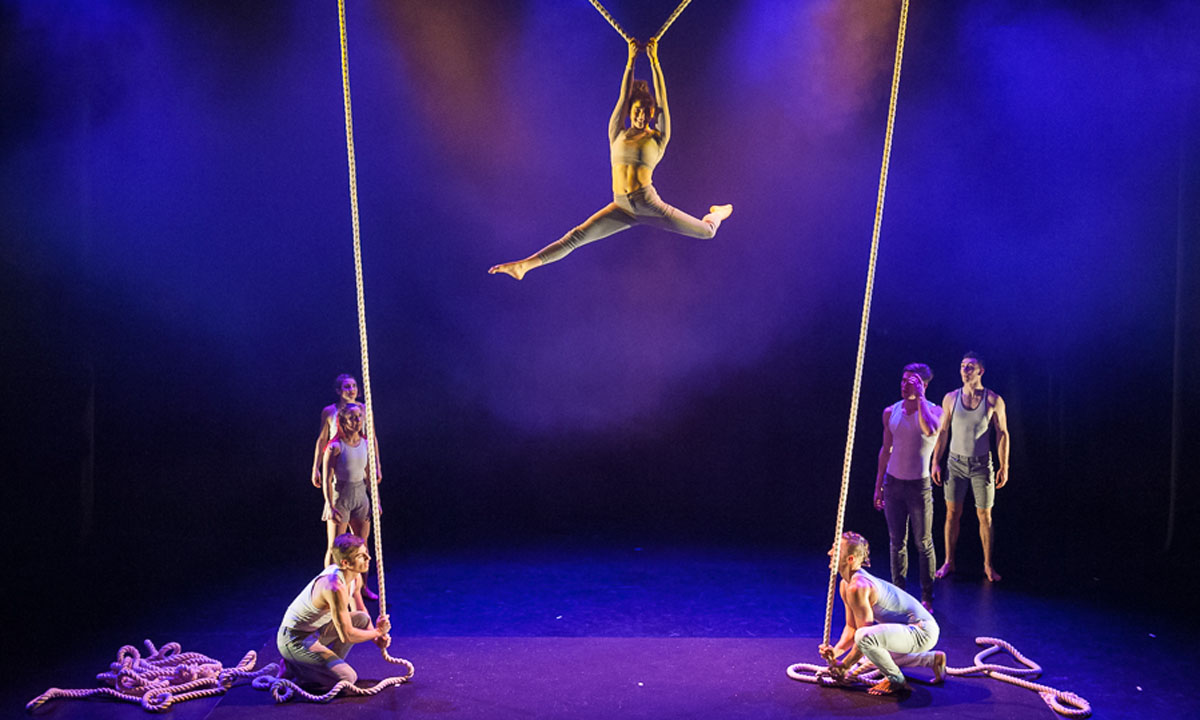 Adelaide circus company Gravity & Other Myths has been wowing Fringe audiences with their newest show A Simple Space at the Royal Croquet Club’s Grand Auditorium. The troupe of seven acrobats demonstrate their physical prowess as they bounce, flip, jump and swing through a set of routines to the backing of a live synth drum pad soundtrack in what our reviewer describes as a “hugely impressive” and intimate show.

Comedic hypnotist Isaac Lomman returns to Gluttony for his sixth season at the Adelaide Fringe. Watch as volunteers are hypnotised and told to perform hilarious routines. Lomman focuses on the power of his subjects’ minds to show just how powerful the human mind can be. Suitable for all ages. 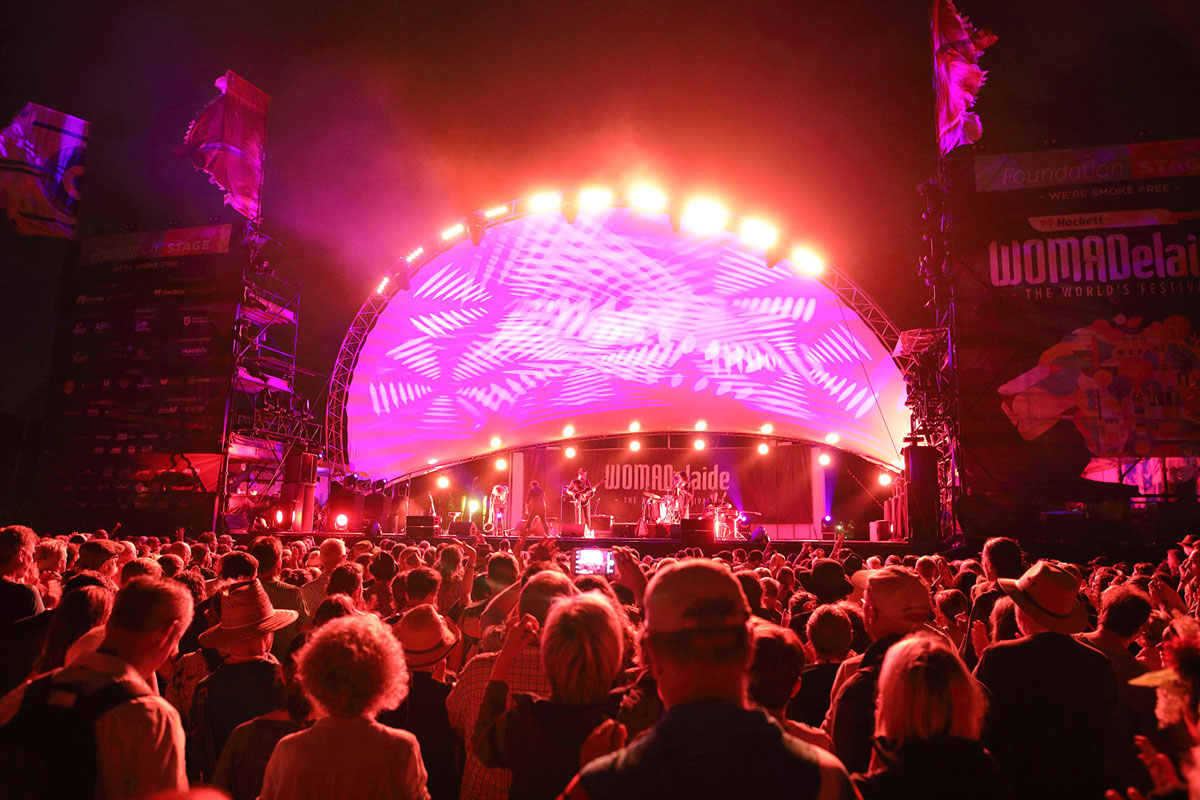