Black (Gabrielle Nankivell), White (Luke Smiles) and Grey (Vincent Crowley) walk into the void lit by a circle of white lights that surround two cubes. They walk, jog, then run as they vie for prominence, and as Black and White take to the floor Grey begins speaking about the nature of light and its properties as a wave or as a particle.

Nankivell is dressed in a loose, black, martial-arts-like outfit which is reflected in her style of movement with lots of kicks, slashes, leaps and rolls; in contrast, Smiles, who also creates the ever-changing, fascinating soundscape, wears a stiff, short-sleeved shirt and formal white trousers.

Crowley, as Grey, is taller than the other two and looks and behaves as an intermediary between them.

Split Second Heroes is the conflict between opposites, Black and White, but it personifies them and gives them character.

Nankivell, Smiles and Crowley are highly skilled dancers who have performed with many companies and they move effortlessly, fluidly, with precision and energy.

Crowley delivers an interesting narration which explores the nature of light, mixed with some science, and poses philosophical questions along the way.

Benjamin Cisterne’s lighting reflects the narrative. He creates superb tight, very white spots for Nankivell to leap into, jump from and explore within: seemingly simple but beautiful to watch.

For the quirky, nerdy, cosmos-loving White, colour floods the stage, while for Grey, central lights create shadows that echo his presence. 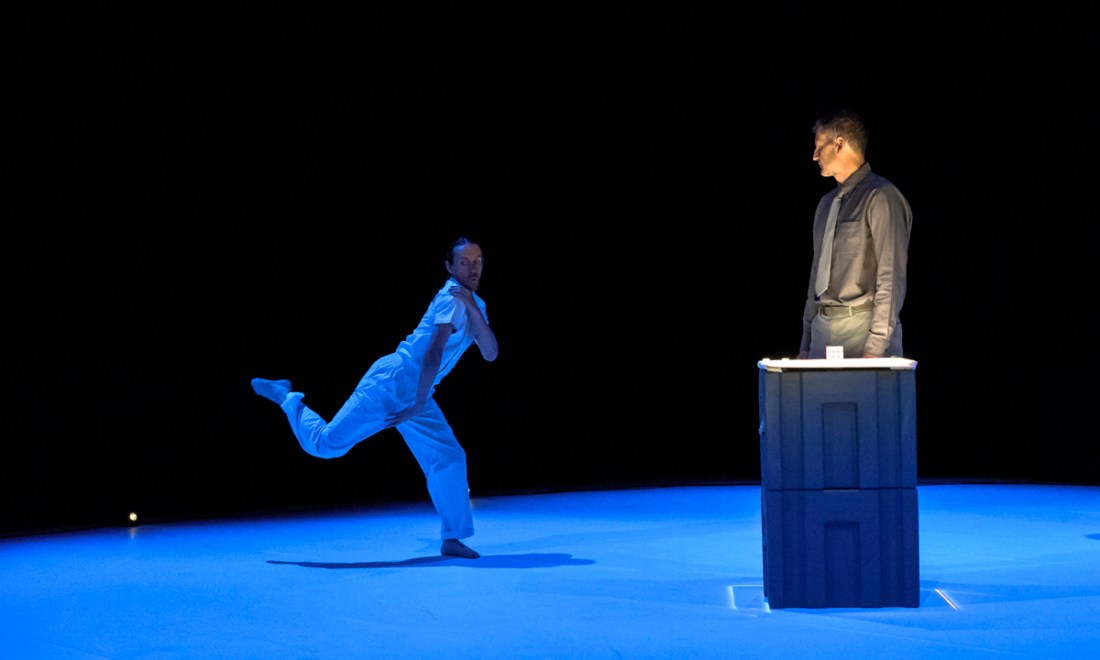 It is quite a feat for a small group of dancers to evoke such varying states: at times you feel as if you are in a video game, then like you’re hurtling through space or a part of a science experiment. The dancers are intriguing, surprising, controlled and always elegant, beautiful and stylish – a delight to watch.

Commissioned by Adelaide Festival Centre as part of its development program inSPACE and described as a “collaborative labour of love” for those involved, Split Second Heroes is a fascinating and absorbing piece of dance-theatre. The accomplished dancing, accompanied by a marvellous electronic soundscape, alluring lighting and captivating text, is both intellectually stimulating and aesthetically pleasing.

Although the show examines fixed attitudes that stifle the imagination in contrast with dreamers who aspire to the inconceivable, there is fun and humour, playful duets and complex, tangled trios.

Split Second Heroes brings light to a darkened space and the company’s energy radiates in waves and ripples through the many particles that make us who we are.

Split Second Heroes is at the Space Theatre, Adelaide Festival Centre, until July 29.