Charismatic Melbourne-based Ethiopian singer Natty Man and his band Gara, who mix reggae and dancehall with traditional Ethiopian rhythms, were here earlier this year for WOMADelaide and return for a show at Nexus Arts on Saturday. Also performing will be Adelaide six-piece Afro-roots-funk group Local Revolution. Details here.

The State Theatre Company of SA’s new production of Ibsen’s A Doll’s House is based on an adaptation by local playwright Elena Carapetis, who tells InDaily its themes – revolving around the troubled relationship between husband and wife Nora and Torvald – continue to resonate strongly more than 100 years after it was written. The play is the first work being presented by the company’s new resident Creative Ensemble. Performances begin tonight at the Dunstan Playhouse and continue until July 22. 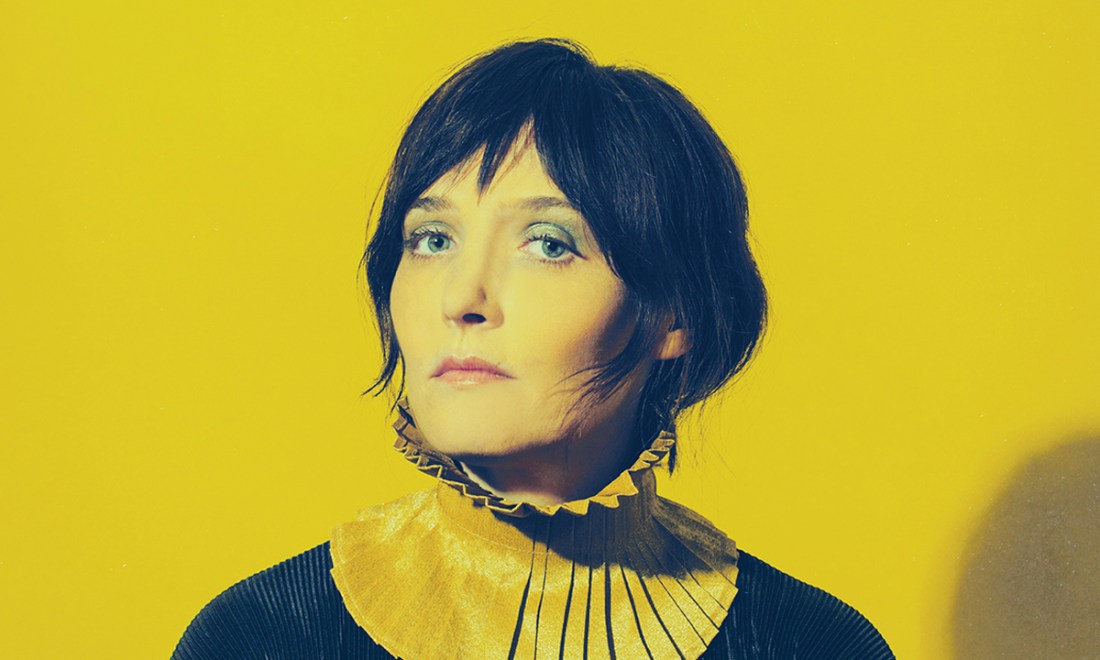 Three-time ARIA-Award winning singer Sarah Blasko will give a solo, stripped-back performance at the Adelaide Town Hall on Wednesday (July 5) as part of her first extensive national tour since 2013. The show will include “reimagined” material from all her albums, as well as new songs, with Blasko saying: “I want this to be a really unique and transformative experience for both myself and the audience.” Tickets are still available.

Tebbutt and Mitchell are performing together and sharing the same band on their Distant Call Tour, which promises “a carefully curated, 100-minute” set. Joining them for Saturday’s show at the Governor Hindmarsh will be Alex the Astronaut.

In the Dome Room at Two O’Clock – Opera Studio

State Opera SA’s latest production in its Opera Studio series is In the Dome Room at Two O’Clock, centred on larger-than-life Australian entrepreneur Oscar Asche and his creation, with composer Frederick Norton, of the musical comedy Chu Chin Chow, which premiered in London during World War I. Directed by Greg Elliott and featuring new music by Dale Ringland, interspersed with excerpts from the original Chu Chin Chow score, the performance will be presented tonight (Friday) and Saturday at the Opera Studio in Netley. Details here.

The Summation of Force & a e i o u – Samstag Museum 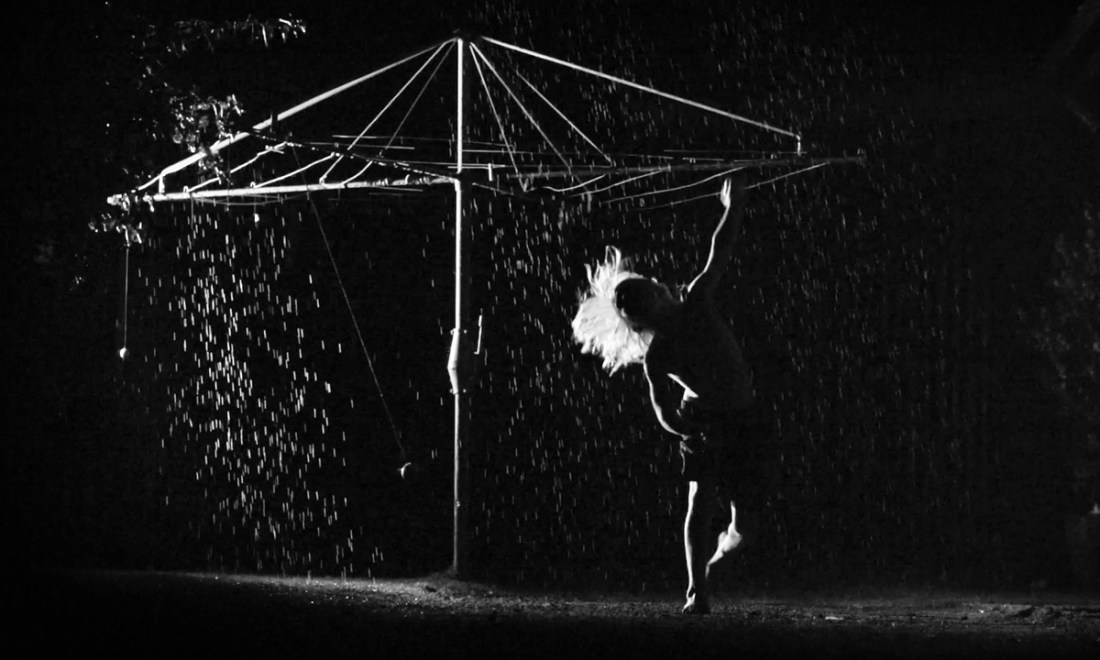 From The Summation of Force, by Trent Parke and Narelle Autio

SA photographer couple Trent Parke and Narelle Autio’s new work, The Summation of Force, was filmed almost entirely in their backyard and features their two young sons. “It is an ambitious multi-channel video project that pitches competitive sport and the mythical power of cricket as a metaphor for life and parenthood,” Samstag director Erica Green says. Read InDaily‘s interview with Parke and Autio here. Also opening today is Michelle Nikou: a e i o u, a survey of the work of the SA contemporary artist. Both exhibitions run until September 1.

Conducted by Christoph König, the Adelaide Symphony Orchestra’s Master Series 5 concert will feature guest pianist Louis Lortie playing the popular Second Piano Concerto by Saint-Saëns. The program will begin with Ravel’s Le Tombeau de Couperin, in which each movement is dedicated to the memory of a friend of the composer who died in World War I, and end with Mendelssohn’s Symphony No 3 Scottish. Performances are on July 7 and 8 at the Town Hall.

This new work-in-progress by contemporary performance-makers Tamara Saulwick and Nicola Gunn fuses performance dramaturgy, music composition and video art to interrogate notions of change – “our desire for it, our resistance to it and the inevitability of it”. Created in development with Vitalstatistix and Chamber Made Opera, Super Imposition will have showings today (Friday) and tomorrow at Waterside. Details here.

The work of the 21 national finalists in the inaugural Ramsay Art Prize is on show until August 27. The $100,000 prize, supported by philanthropist organisation the James & Diana Ramsay Foundation, is open to Australian artists under 40 working, with finalists’ work including paintings, installations, ceramics, video and mixed media. It was won by Sarah Contos with a “colossal 20th-century quilt” (read more here). On July 7 the gallery will host its monthly First Fridays after-hours event, with guided tours of the exhibition, a talk by Contos, and live jazz by the James Muller Quartet. 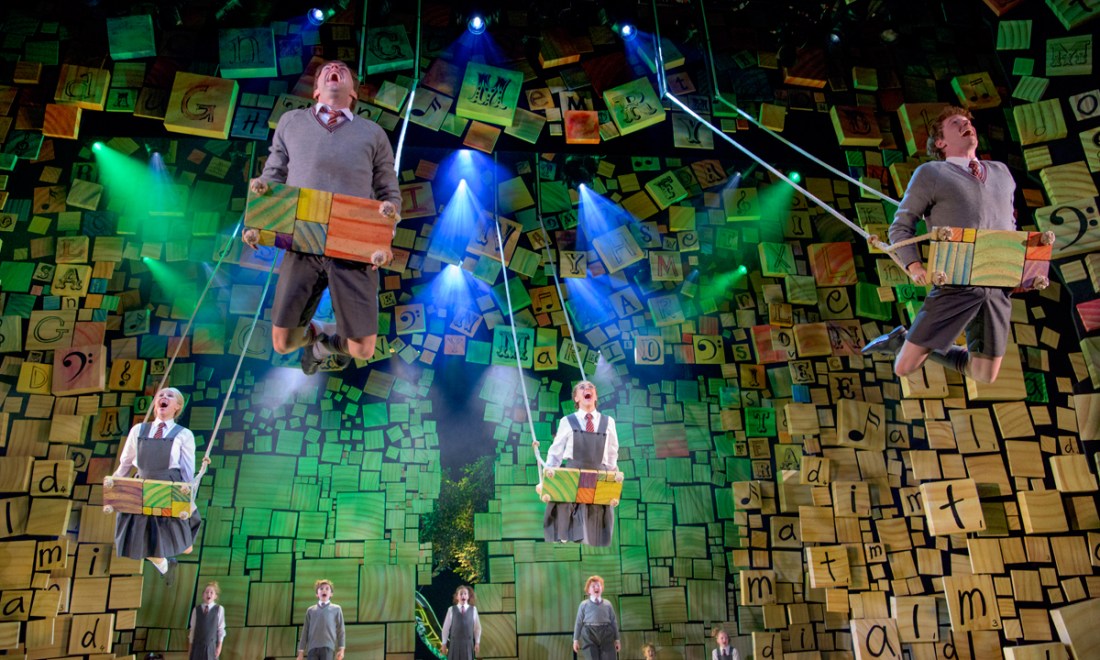 A delicious tale full of magic and mischief, Matilda the Musical brilliantly brings to life author Roald Dahl’s story about a gifted little girl whose spirit can’t be extinguished by her horrid parents or dastardly headmistress Miss Trunchbull. Full of “revolting children” and powered by Tim Minchin’s wonderful score, the Royal Shakespeare Company production – which won a record 13 Helpmann Awards – is at the Festival Theatre, Adelaide Festival Centre, until July 16. Read our review here.

Versus Rodin: Bodies Through Time and Space – Art Gallery of SA

Versus Rodin, which ends on July 16, brings together key pieces by Auguste Rodin, the pioneer of modern sculpture, with more than 200 works referencing the human body by other modern and contemporary artists. The final weeks of the exhibition will be supported by a program of events including lunchtime talks, drawing tours, and a screening of the film Divine Inferno, about Rodin’s Gates of Hell (July 16). Details here.

Yidaki – Didjeridu and The Sound of Australia – SA Museum

This landmark exhibition has been created in collaboration with the Yolngu people, cultural custodians of the yidaki (didjeridu). It explores the cultural and musical origins of the instrument, as well as its power and meaning in Yolngu life. Read more here. The exhibition continues at the SA Museum until July 16.