A delicious tale full of magic and mischief – because sometimes you have to be a little bit naughty – Dahl’s Matilda tells of a gifted, book-loving child with horrid parents and a dastardly headmistress hell-bent on making students’ lives miserable.

The school motto, “All children are maggots”, speaks volumes.

The 1988 book has a legion of fans, and the Royal Shakespeare Company’s musical – written by Dennis Kelly, with music by Tim Minchin – has proven just as popular, winning multiple awards in Australia and overseas since it premiered in the UK in 2010.

It’s been a long time coming to Adelaide, but anticipation is no bad thing and the standing ovation and excited buzz at curtain call indicated few were disappointed.

Kelly and Minchin have captured the essence of Dahl’s writing, which walks a tightrope between light and dark; there are moments of hilarity and heartbreak, grotesquery and enchantment, playfulness and triumph.

The young cast, led on opening night by Izellah Connelly as the spirited Matilda, is incredibly impressive, delivering faultless performances that encompass singing, acting and dancing, with loads of energy and cheekiness.

We meet Matilda on the eve of her first day at Crunchem School, which she hopes will provide an escape from her stultifying home life with her self-absorbed parents (Mr and Mrs Wormwood, played by Daniel Frederiksen and Marika Aubrey) who think their daughter’s love of books is a sign she’s backward rather than bright.

But from the moment she arrives at the school gates (which look more like prison gates), where students break into the cautionary “School Song”, it’s clear things will get worse.

Matilda pits intelligence, imagination and spark against ignorance, brutality and cruelty – and no one personifies the latter better than Miss Trunchbull. With her towering stature, oversized bosom, booming voice, hatred of children and delight in sending troublemakers to the dreaded Chokey, the 1969 English hammer-throwing champion inspires both fear and loathing – and it’s hard to imagine a more hilarious and terrifying portrayal than that of actor James Millar.

On the side of good – and books – is the lovely Miss Honey (Lucy Maunder), who desperately wants to champion Matilda but is haunted by her own grim past. 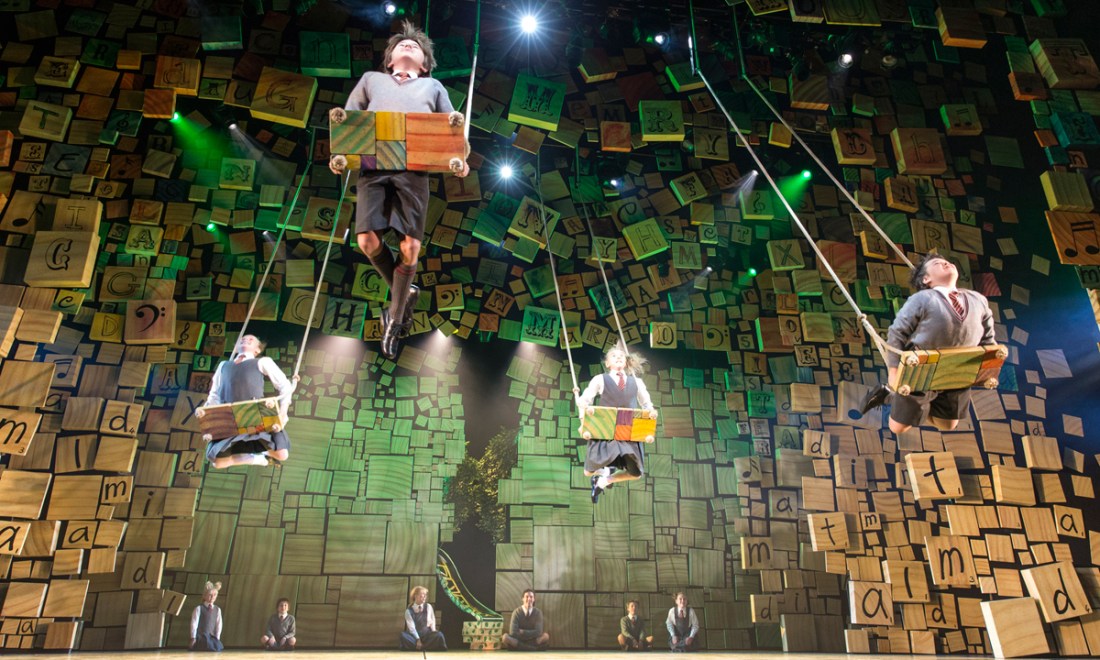 When I Grow Up … Matilda the Musical. Photo: Shane Reid

The music is unmistakably Minchin (he has described it as “quite angular”) and the lyrics echo the spikiness of Dahl’s own text. A highlight, sung by the schoolchildren as they swing out into the audience, is the catchy “When I Grow Up”, with lines such as: “I’ll be brave enough to fight the creatures / that you have to fight / Beneath the bed each night to be a grown up …”

A clever set – surrounded by block letters and sliding bookcases – slickly transitions from the Wormwoods’ living room, to Matilda’s bedroom, the classroom, the school gym and the library, where Matilda has the librarian transfixed with her story of “The Acrobat and the Escapologist”.

There’s never a dull moment in Matilda the Musical, but for sheer exuberance it’s hard to beat the “phys-ed” scene, where Miss Trunchbull pushes her students to ever more impressive acrobatic feats. On opening night, young Dominic Ambrose took the cake as the indomitable Bruce Bogtrotter, while Alice Lowther’s cheeky Lavender fuelled  audience anticipation for the students’ act of revenge (with newt). 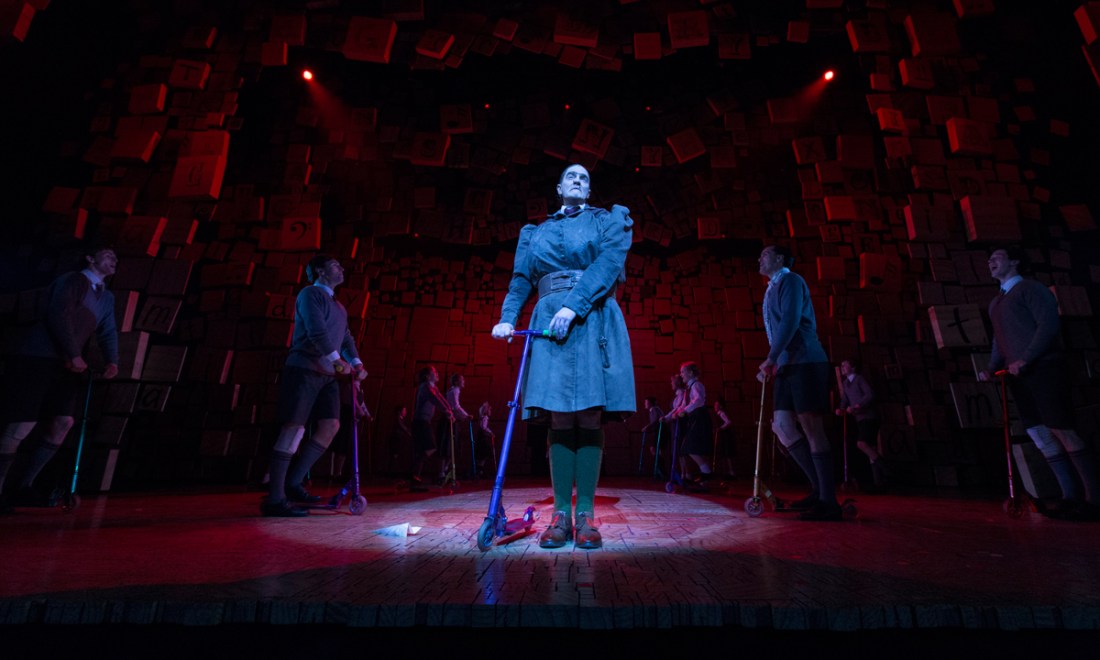 Matilda the Musical is both smart and thoroughly entertaining, engaging adults and children in equal measure. With a brilliant story, music, set, cast and choreography – plus some nifty effects and touches of real magic – it leaves its audience feeling genuinely uplifted.

One young Adelaide fan was heard to comment: “Can I give it a million out of 10?”

Matilda the Musical is playing at the Festival Theatre until July 16. It is recommended for ages six and up.