Twenty-four artists from Australia and overseas will create large-scale murals on buildings and walls around the Port over the three-day festival from April 21-23 in what artistic director Joel van Moore, aka Vans the Omega, says will be the biggest concentration of high-calibre street artists hosted in South Australia.

Among the international artists, some of whom have never previously visited this country, are Inti from Chile, Natalia Rak from Poland, Fats from Canada, and Telmo and Miel from the Netherlands.

“All these artists are being specifically flown in for this event, so it’s very special,” van Moore says.

“They are all large-scale mural artists; all acclaimed around the planet. They’ve all been painting for over 10 years and done some of the largest-scale works across the globe.”

Presented by Renewal SA and artist collective The Hours and Verb Syndicate, this is the second Wonderwalls held in Port Adelaide, with the inaugural festival hosted in 2015.

Van Moore says this year’s murals will cover “a huge amount of wall space”, including along Commercial Road and St Vincent Street, in a plethora of smaller streets and laneways, and around the docks and the waterfront.

“I’ve been given hints of what the other artists are planning to work on and it’s a hugely diverse range.

“Some have picked up the idea of Port Adelaide and its ropes and marine life and other local inspirations, and there are other artists that are going almost completely fantasy-based, with contemporary [works] and portraiture.”

Van Moore describes his own 2017 Wonderwalls project as a “work-in-progress” for which he will begin background preparations this week. A painted adaptation of a photo portrait of a girl, it will bring life to a warehouse building on Mundy Street.

He says most of the murals created during the festival – which also includes artist talks, walking tours and a street party –  are intended to be permanent.

“The idea is to add to it like it’s a gallery in the street. I’d like to add to it and invigorate it as the years go on.”

After spending 17 years travelling around the globe, painting in festivals and learning from other artists, van Moore is excited to be involved in bringing the street art world to his home town – and especially watching how it is helping to transform the Port.

“Port Adelaide will be a giant interactive canvas with the festival … It’s been a real joint effort with the state government to revitalise the precinct.

“I get so passionate when I go to the Port, seeing its possibilities and knowing that in a few years it’s going to become such a hub of vitality … it’s an incredible mixing pot of people and it’s a beautiful community out there.

“It’s been a real privilege to add to it.”

The works below are all by artists participating in the 2017 Wonderwalls Festival at Port Adelaide (full event details here). 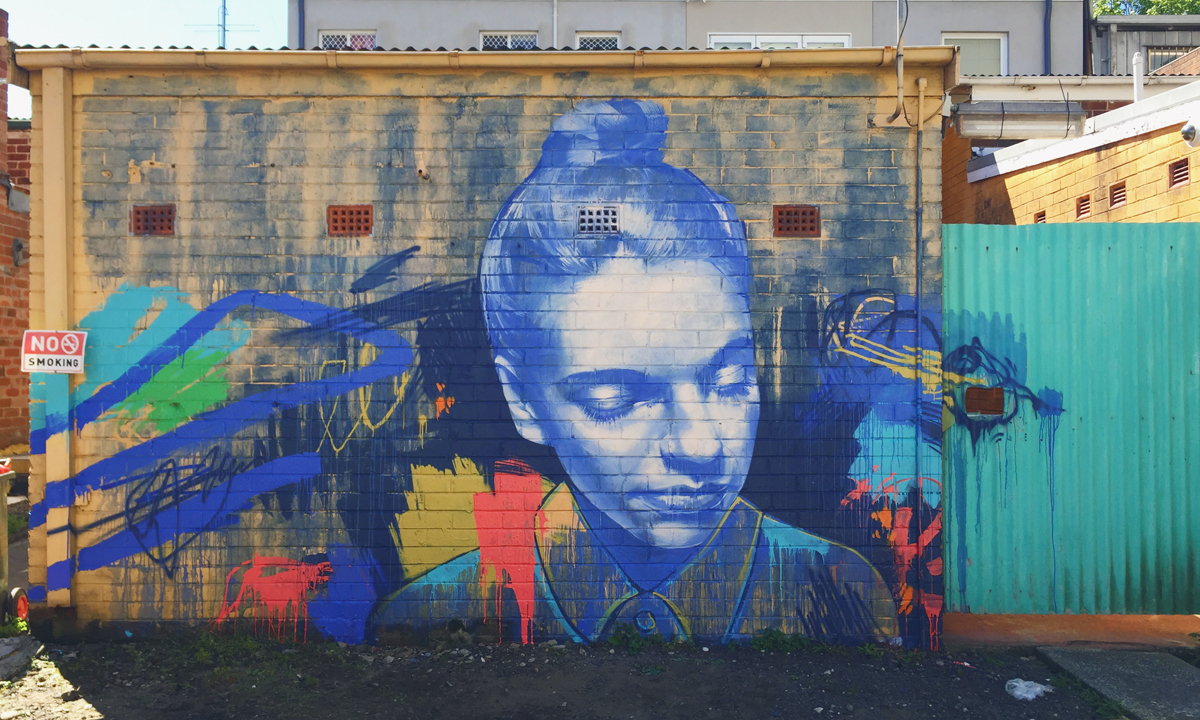 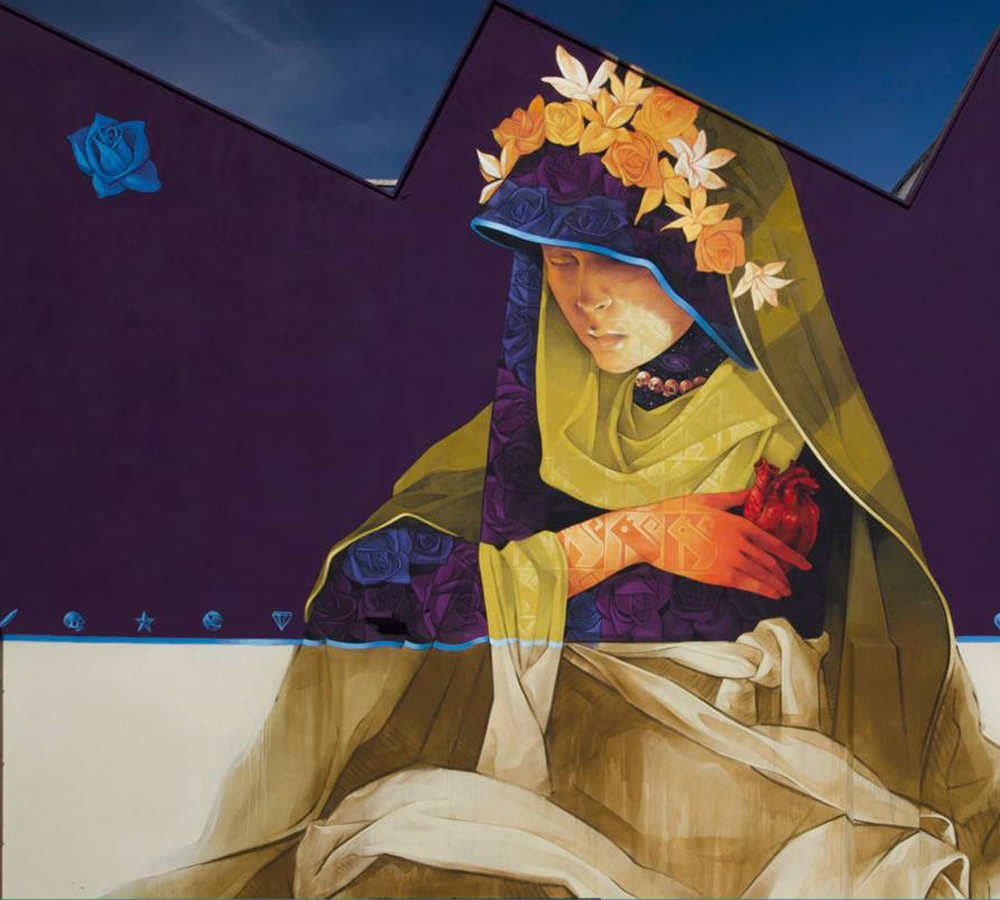 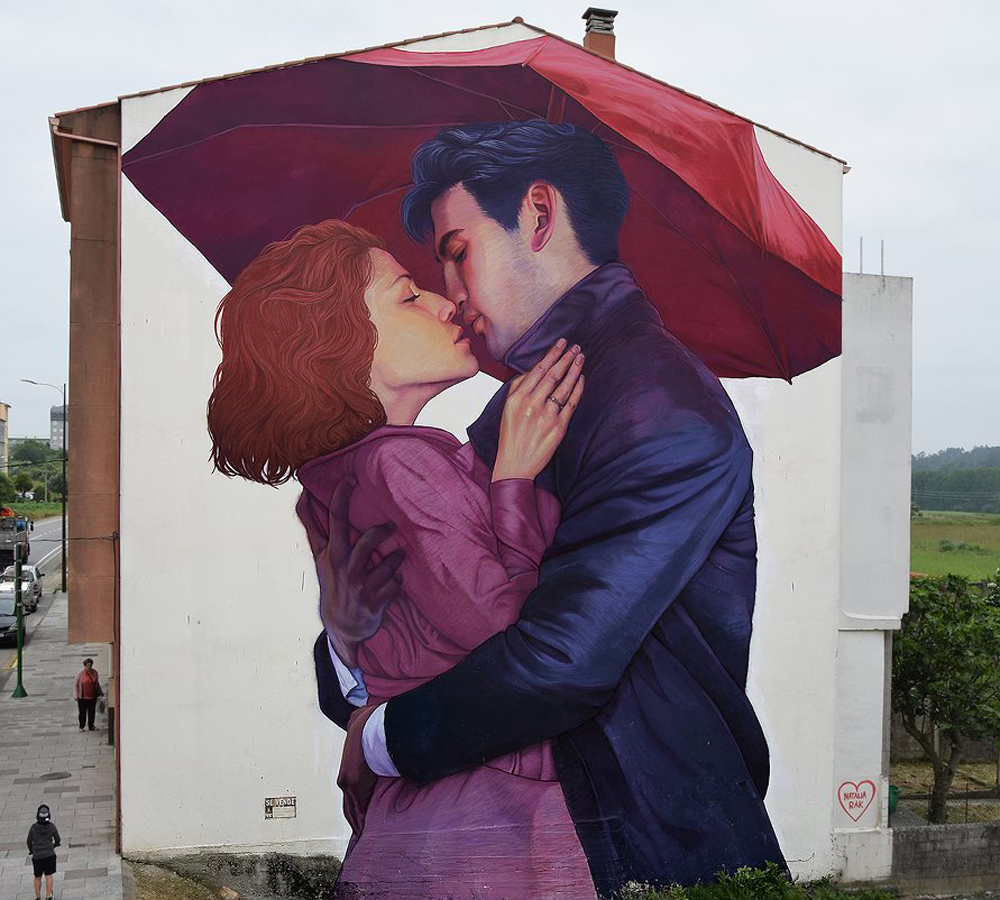 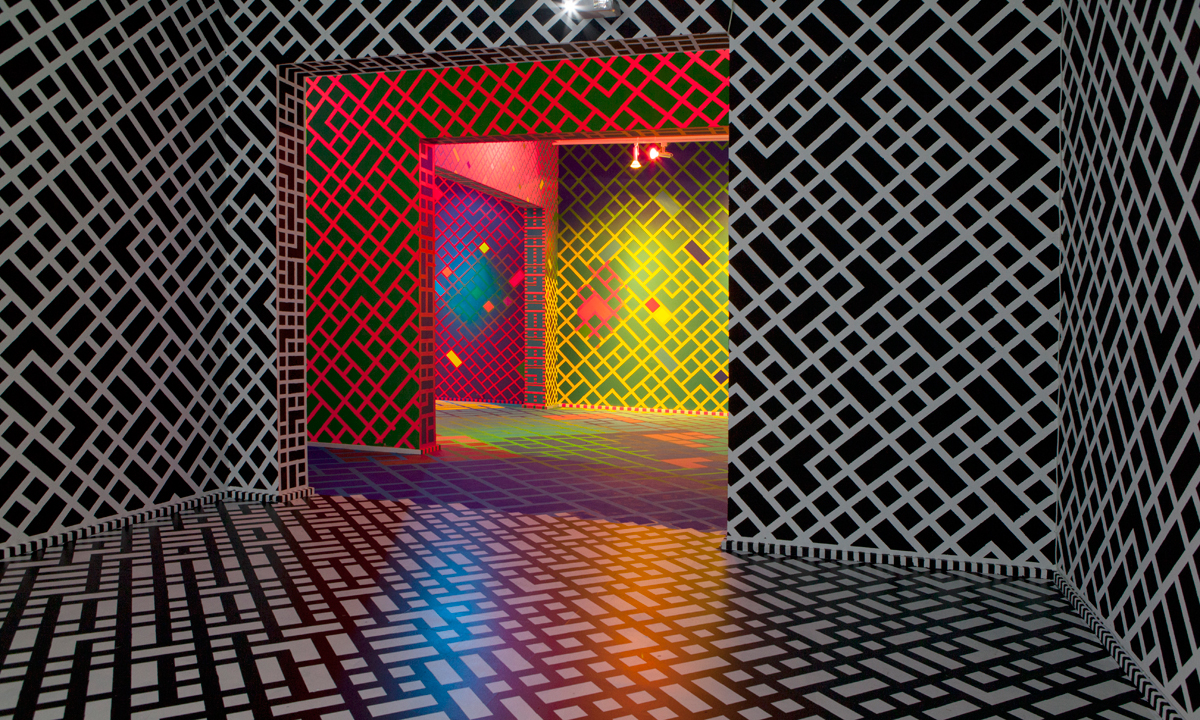 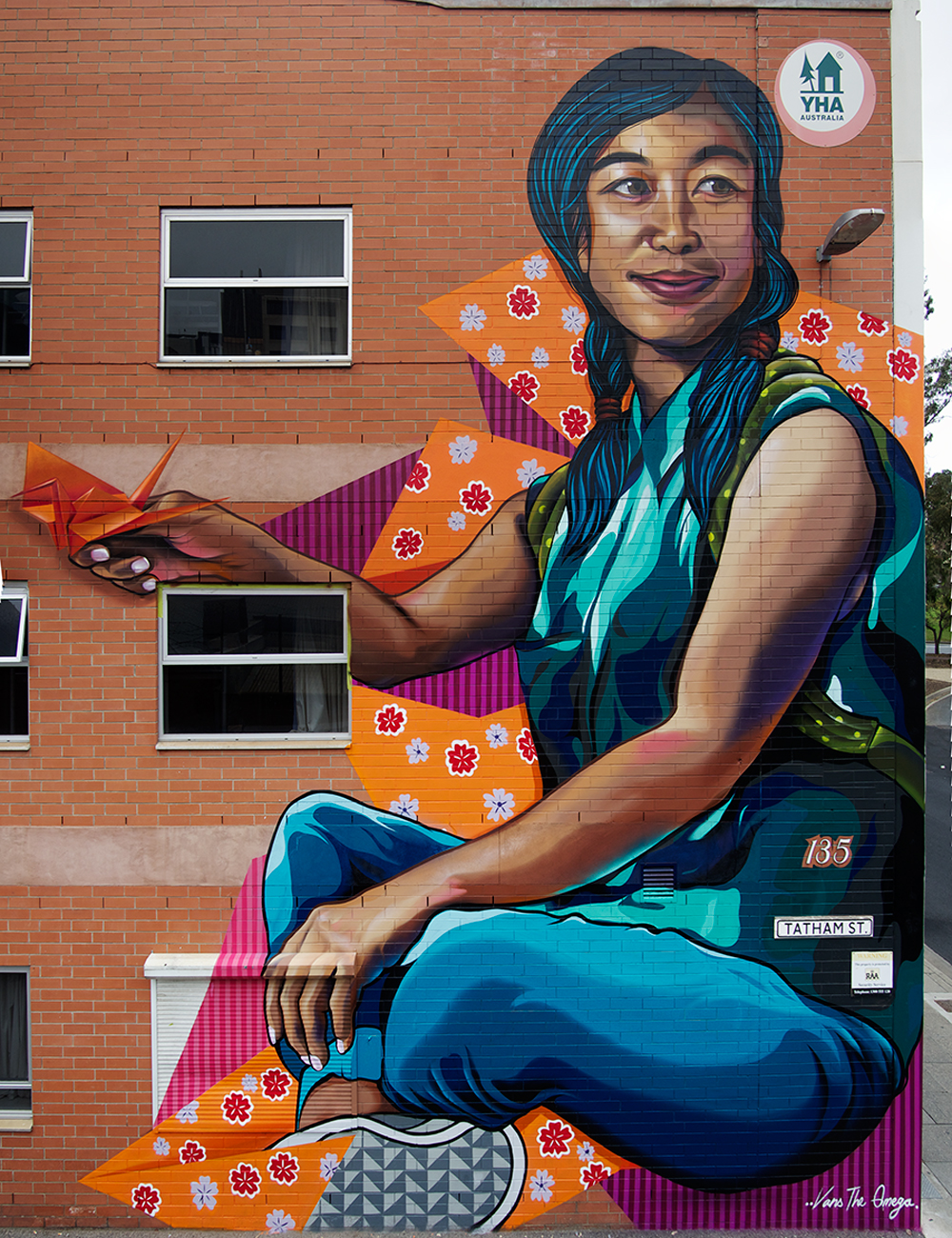 Vans the Omega’s ‘Flower’, on the side of YHA building in Adelaide. Follow @vanstheomega 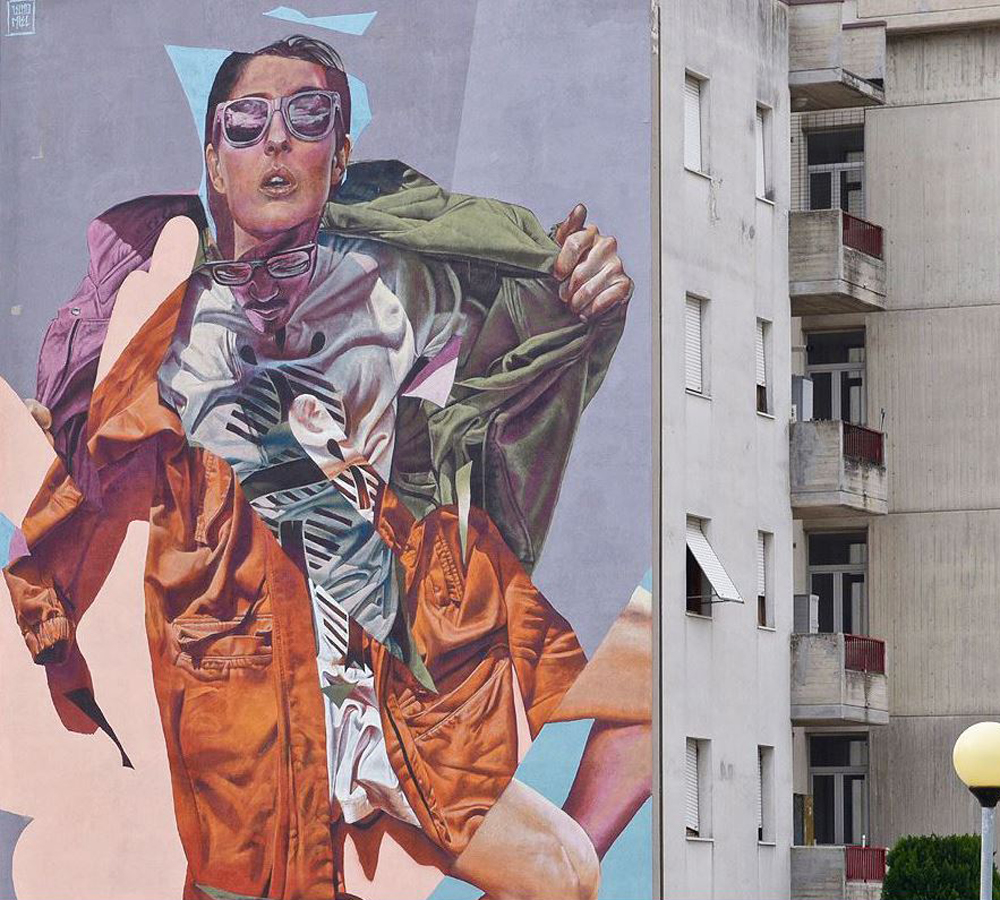 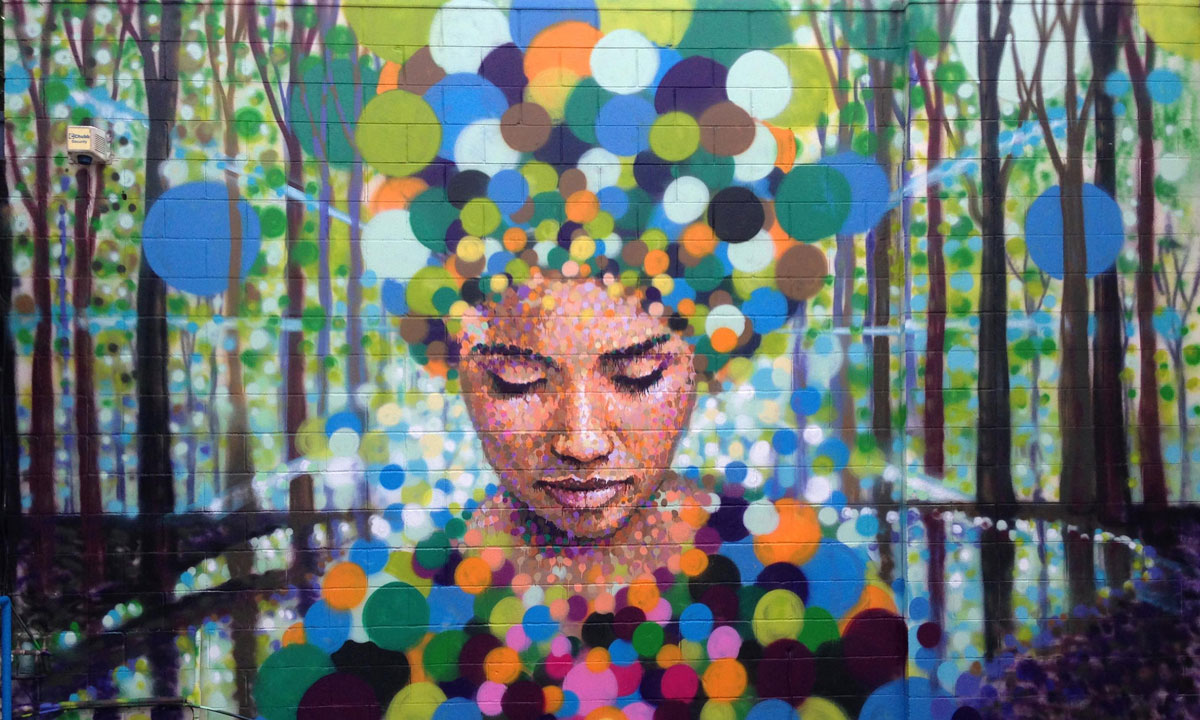 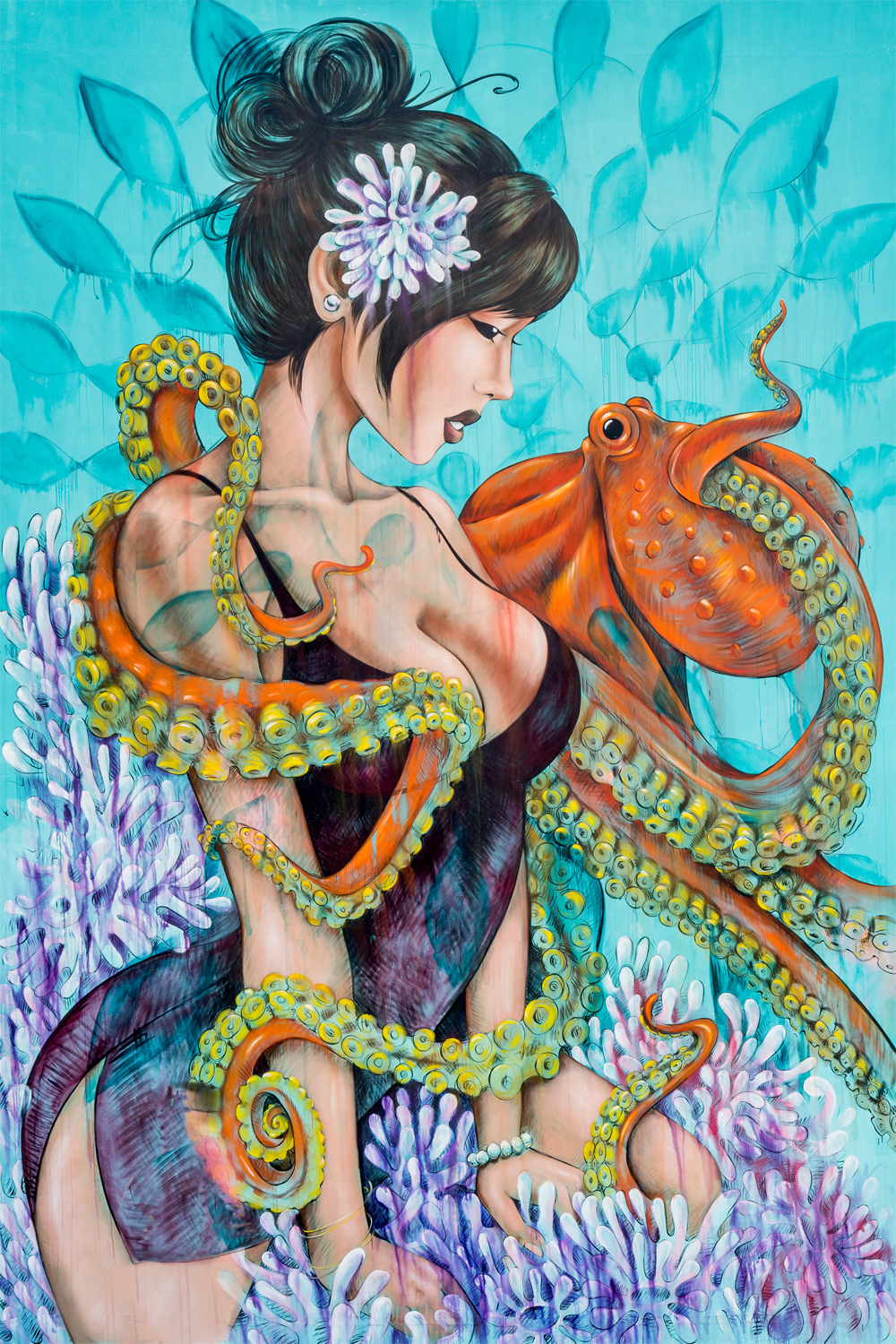