Singin’ in the Rain – Festival Theatre

The music and choreography from the classic 1952 film starring Gene Kelly and Debbie Reynolds is brought to life – with the help of 12,000 litres of water – in this high-energy Helpmann Award-nominated production. Singin’ in the Rain, set in 1927, tells the story of the first Hollywood musical and the transition from silent movies to the new era of sound. The stage show is at the Festival Theatre, Adelaide Festival Centre, until December 23.

The outdoor cinema returns to Botanic Park this week, with upcoming screenings including the action fantasy film Suicide Squad (tonight), Bridget Jones’s Baby (Saturday), Jack Reacher: Never Go Back (Sunday), Keeping up with the Joneses, Office Christmas Party and The Girl on the Train. Gates open at 7pm and screenings start at sundown. Full program here. 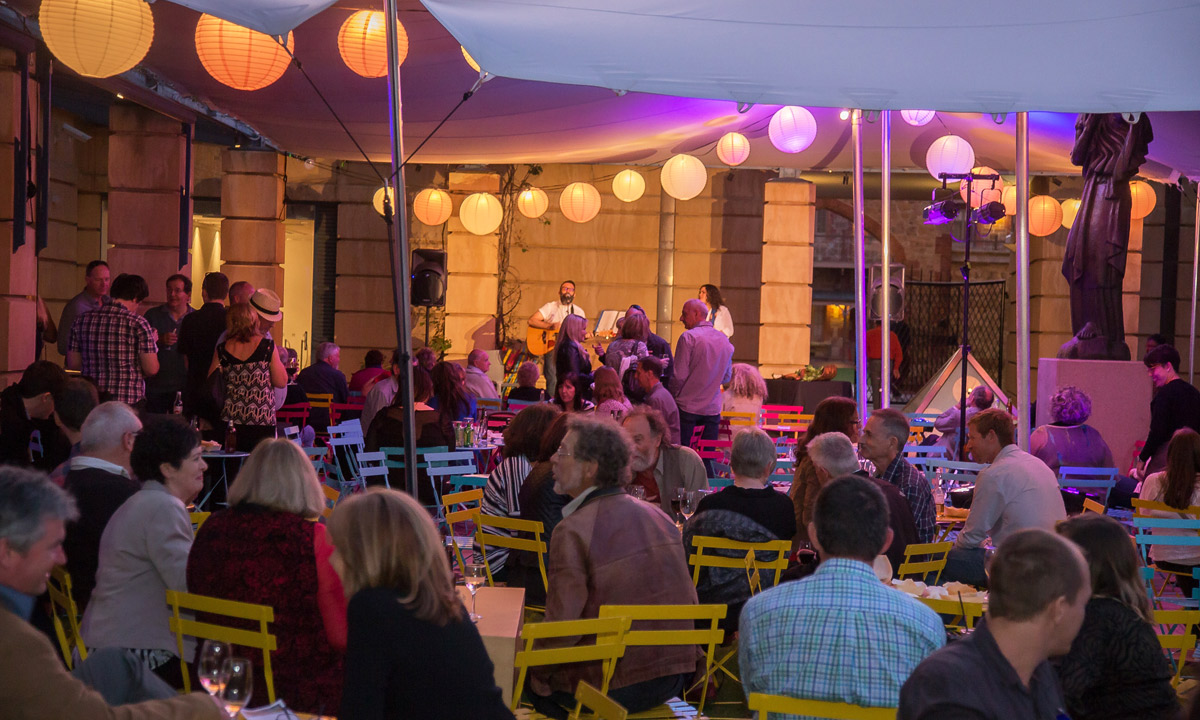 Gallery visitors are being encouraged to don their dancing shoes for this month’s free after-hours event, which will feature live music by jazz group The Boswell Project. The December First Friday is set against the backdrop of current exhibition Sappers & Shrapnel: Contemporary Art and the Art of the Trenches, and will include a talk by exhibiting artist Sera Waters. It runs from 5-9pm tonight (December 2).

Guests attending the traditional Gala Concert on Saturday (December 4) will be greeted by members of the Victoriana Society in full costume. The program – featuring a mixture of contemporary songs, jazz, carols, musical theatre hits and more – starts at 2pm and will include performances by Graduate Singers, The Australian Army Jazz Ensemble, Hats Inc and the City of Adelaide Pipe Band. Details here.

Australian singer-songwriter Abbe May is bringing her “Doomsday Clock” tour – named after her latest single – to the Grace Emily Hotel on Saturday. May re-emerged from a hiatus earlier this year with the release of “Are We Flirting”, and has a new album on the way. 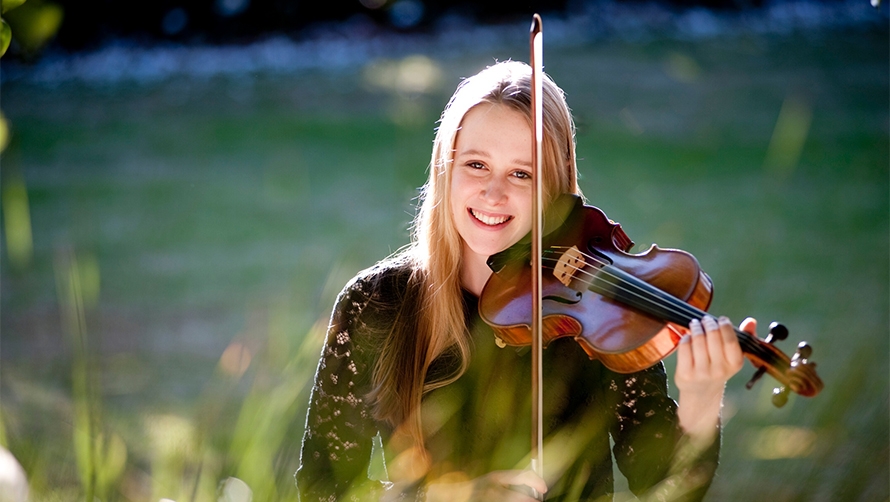 Young Australian violin virtuoso Grace Clifford (above) will join the Adelaide Symphony Orchestra to perform Sibelius’s haunting Violin Concerto in the ASO’s final Master Series concert of the year at the Town Hall tonight (December 2) and Saturday night. The concert, conducted by Nicholas Carter, will also include Messiaen’s Le Tombeau resplendissant and Berlioz’s Symphonie Fantastique. Next weekend, the ASO will perform in two special events: with Missy Higgins at Bird in Hand Winery, and a presentation of Handel’s Messiah at the Town Hall.

Day of the Song Festival – Grainger Studio / The Gov

US soul singers Tony Lindsay and Janice Maxie-Reid will headline this weekend’s Day of the Song Festival, presented by Tutti Arts and Infusion Music to celebrate International Day of People with Disability. Grammy winner Lindsay (who has toured extensively with Santana) and Maxie-Reid will perform a concert with local artists (including members of the Tutti choirs) at the Grainger Studio on Saturday, and a second show with Chris Finnen and The Sisters of Invention at The Gov on Sunday. Details here. 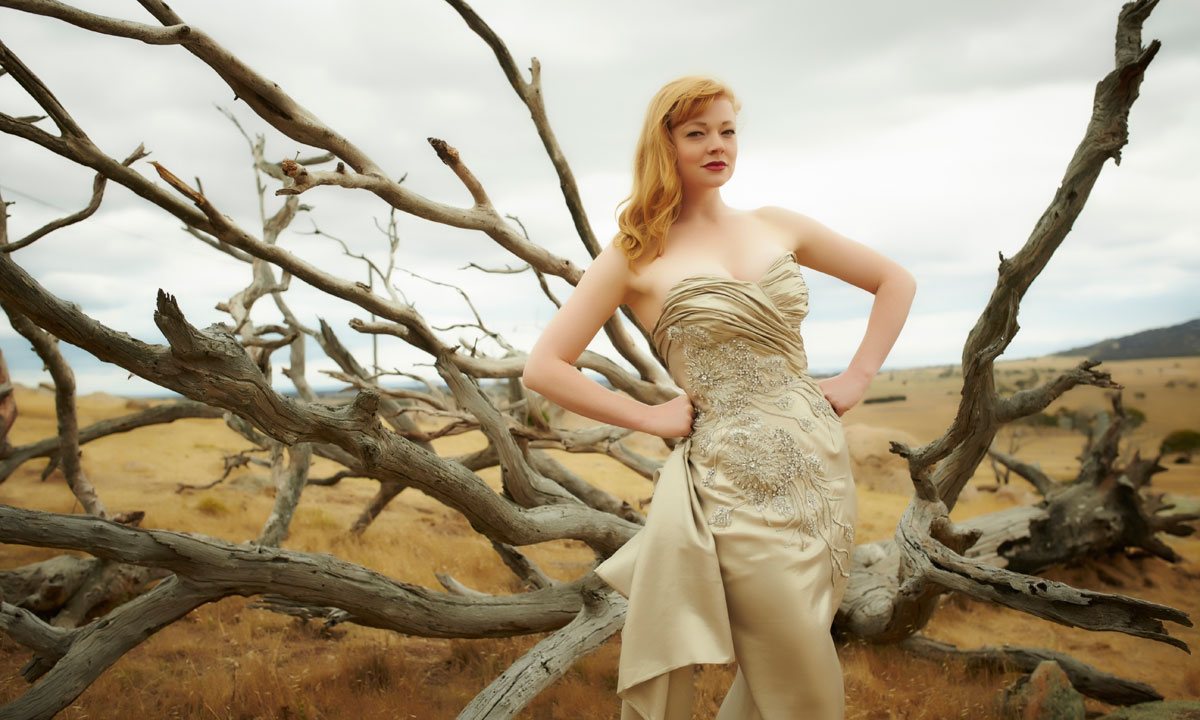 Sarah Snook in The Dressmaker.

There’s just one week left to see this exhibition of more than 50 Parisian couture-inspired costumes worn by actors including Kate Winslet and Sarah Snook in Australian film The Dressmaker.  Developed for the National Trust by designer Marion Boyce, the display ends on December 11. Details here.

Titled Art From Everything! the final event of the year in the gallery’s Neo series for teens aged 13 to 17 will take place from midday until 4pm on Saturday (December 3). Participants can tour the Sappers & Shrapnel exhibition and make their own sculptures under the guidance of sculptor Min Wong. More info here.

First up in this double bill is Make Believe: Children’s Songs for Grown Ups, an adult cabaret in which writer-performer David Salter will “sing and slur” his way through a songbook of children’s classics. The second work, Manxious, is described as a “self-deprecating cabaret pop-ode” which explores the extreme highs and lows of everyday anxieties. Replete Productions is presenting the shows at Holden Street Theatres over just three nights until December 3.

Queen of Katwe
Fantastic Beasts and Where to Find Them
Nocturnal Animals
American Honey
The Light Between the Oceans
I, Daniel Blake Inferno