Feast Festival might officially be over for the year, but it’s serving up one last hoorah with this event on Queen Street, Croydon, from 6-10pm tonight (Friday). Gilligan’s Big Gay Island will see the street decorated with palm trees and beach balls, with entertainment including DJs, live music and performance artists. Details here. 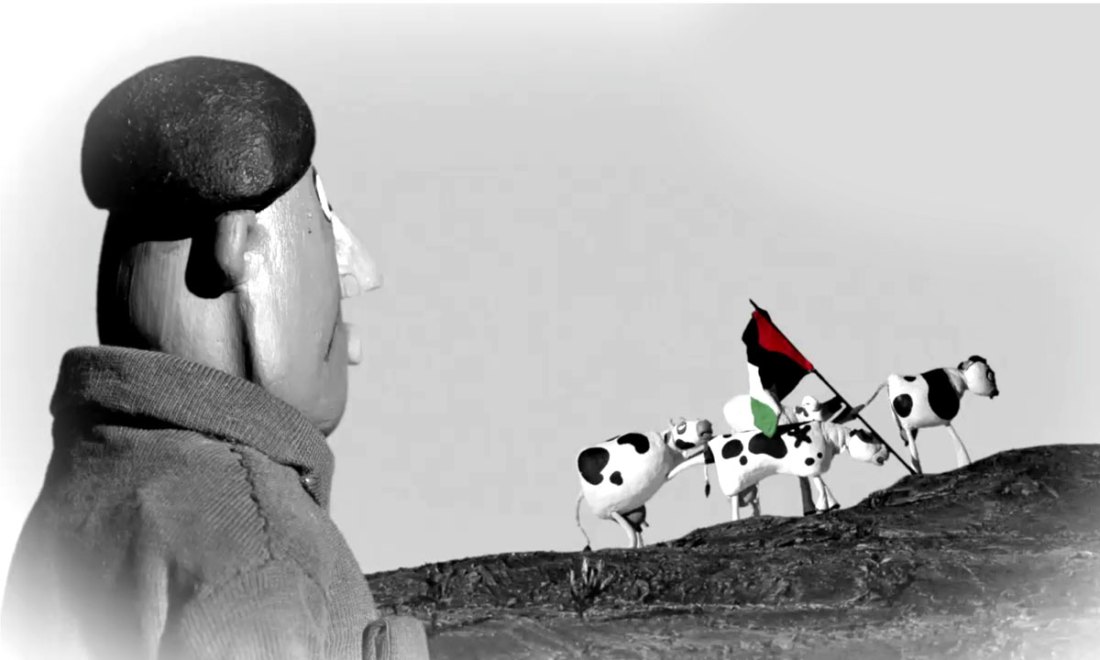 Taking place in Adelaide over three days from today (Friday), the seventh annual Palestinian Film Festival presents five films, including 3000 Nights, a feature about the plight of political prisoners in Israel told through the story of a Palestinian woman who gives birth while in jail, and documentary animation The Wanted 18 (above), which tells how 18 cows bought by a Palestinian community came to be considered “dangerous for the security of the state of Israel”. See the festival program here.

Artist, dancer and choreographer Atlanta Eke, who presented her show Body of Work at this year’s Adelaide Festival, is performing a new work-in-progress called I CON at the Vitalstatistix home at 11 Nile Street, Port Adelaide, from 6pm tonight (Friday).  Described as “a choreographic study of how musicians are immortalised through a culture of nostalgia and reproduction”, I CON will be followed by Vitals’ end-of-year fundraiser party. Details here.

Hindley Street will be brought to life from 2pm until 6pm on Saturday with live music, food trucks and pop-up stalls, with participants including Imprints Booksellers, Crackle & Pop Records,  ASO and JamFactory Contemporary Craft and Design. More here.

Violinist, violist and conductor Pinchas Zukerman returns to Adelaide next week for a four concert series with the Adelaide Symphony Orchestra at the Town Hall. The series begins on Wednesday, November 23, with a Zukerman Trio performance, in which he will be joined by his wife, cellist Amanda Forsyth, and pianist Angela Cheng in a program featuring works by Shostakovich, Schubert and Gliere. Full series details here. 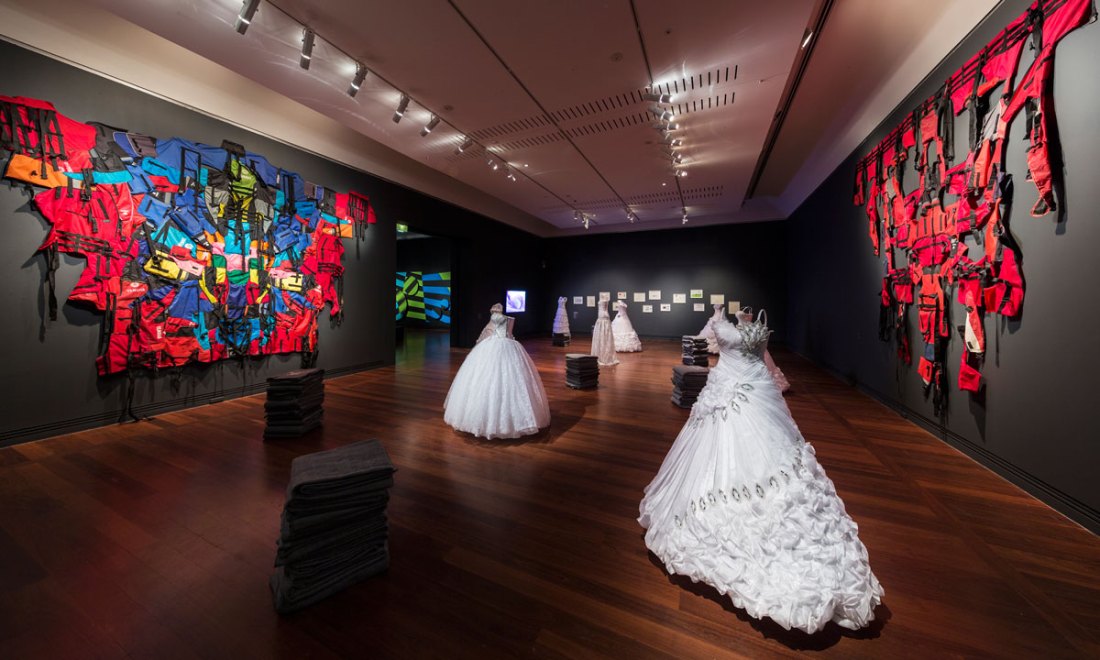 This new exhibition at the Art Gallery of South Australia is inspired by trench art – objects made by soldiers and civilians from the waste of warfare. Sappers & Shrapnel features work from the Australian War Memorial’s collection, as well as new work by contemporary artists including Fiona Hall, Ben Quilty, Sera Waters and the Tjanpi Desert Weavers. Read InDaily‘s story about the exhibition here.

Australian playwright David Williamson’s sequel to Don’s Party sees the gang of characters from the original 1971 play reunited for another “raucous” federal election night party 40 years on. Don Parties On is being presented by Red Phoenix Theatre at Holden Street Theatres until Saturday. 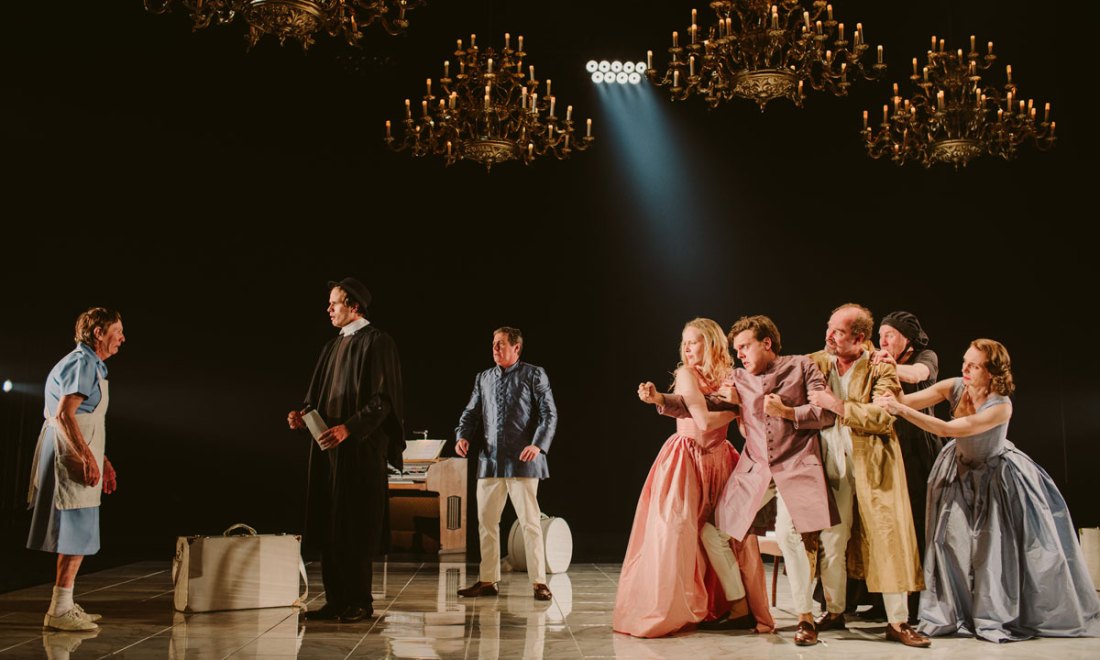 Funny, clever and inventive, this South Australian production of Molière’s classic tale of the slick conman Tartuffe is a marvellous fusion of old and new, according to InDaily reviewer Greg Elliott. Featuring Nathan O’Keefe as Tartuffe and Paul Blackwell as the nobleman Orgon, it’s being presented by the State Theatre Company of SA and Brink Productions at the Dunstan Playhouse until November 20.

The BBC First British Film Festival sees a wide range of new and restored feature films and documentaries screening at Palace Nova cinemas until November 23. This year’s festival has a special focus on the films of director Ken Loach. Details here.

Fantastic Beasts and Where to Find Them
Nocturnal Animals
American Honey
The Light Between the Oceans
I, Daniel Blake
Dr Strange
Hell or High Water
Inferno