Objekt, which has its Australian premiere in Adelaide this week, was choreographed by ADT artistic director Garry Stewart in a collaboration with Germany’s tanzmainz dance company and explores themes of objectification and subjugation.

In the beginning, the dancers appear as moving “art objects” – lacking features, personality or individuality, and covered in a material that merges with the backdrop so they seem part of an altered abstract world. As Objekt progresses, it looks at how by treating others as objects, we deny their humanity.

“That’s where it segues into ideas that have a relevance to the current political climate,” Stewart says.

“There are images that suggest refugees, migration, conflict and difference and brutality.

“The work is presented in a poetic and abstract form, so it doesn’t draw people into a particular place and time, but because we live in a period where these issues are paramount … it does trigger these associations.”

While Objekt explores the dehumanising effect of disconnection, separation and a lack of empathy, the choreography also shows how vulnerable and fragile bodies can evoke empathy.

“Connection, care and nurturing behaviour is also inherent to humans equally as is brutality and suppression,” Stewart says.

He travelled to Germany with ADT dancer Kimball Wong earlier this year to create the work with  tanzmainz, the contemporary dance company of Staatstheater Mainz theatre.

It is the Australian Dance Theatre’s first international collaboration, and Stewart says the different style of the German dancers, as well as the excellent production facilities offered by the theatre, had a strong influence on the work.

“Objekt is deeply entrenched in design and is quite different from many of my works for ADT.

“The movement vocabulary is also a departure from my work for ADT as it was made on another company of dancers. Their abilities, training and approach to dance greatly influenced how I constructed the choreography.”

The score was composed by Brendan Woithe, who also created the music for The Beginning of Nature, presented by the ADT at WOMADelaide this year. “It’s very atmospheric; each section has a different ambiance,” Stewart says. 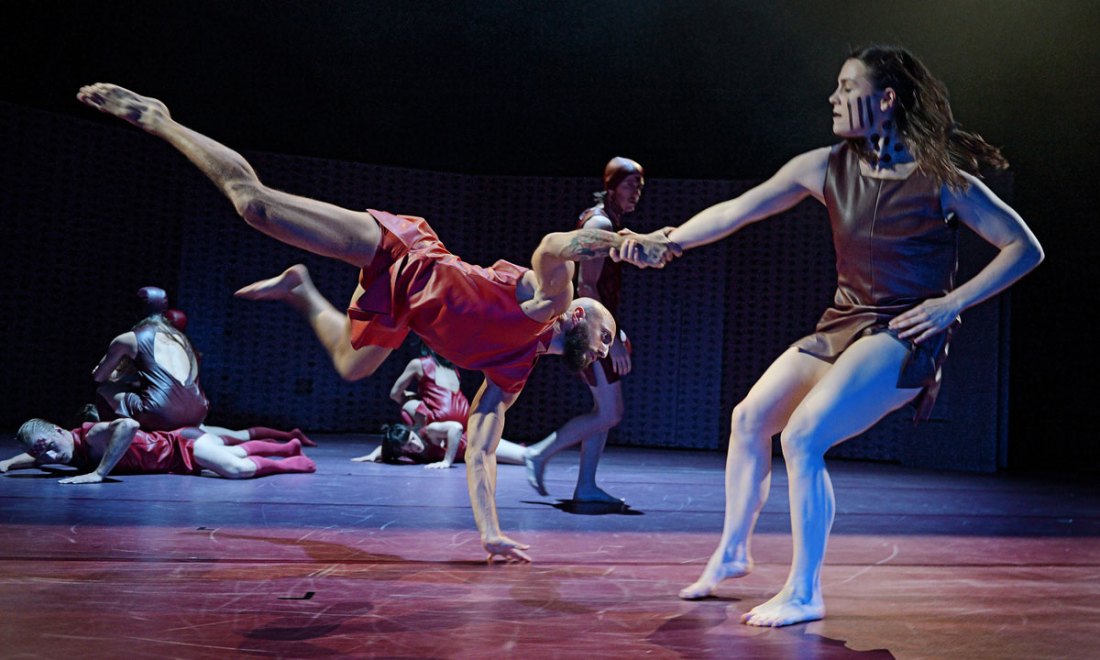 Objeck premiered with 16 tanzmainz dancers in June in Germany, where it resonated strongly with audiences in a country that has seen a dramatic surge in the number of refugees from places such as the Middle East and Africa.

The Adelaide performances will feature 12 dancers, including three Adelaide College of the Arts students alongside members of the ADT ensemble.

“It’s going to be wonderful to finally show the work in Adelaide,” Stewart says.

ADT will present Objekt at AC Arts from October 5-8.