Allen, who plays one of the lead roles in the touring production of the show due to open here next week, tells InDaily she remembers dancing to musicals in the dining room of her Polish grandparents’ house as a child.

“I loved South Pacific,” she says, “particularly the song “Honey Bun’, but I would fast-forward most of The Sound of Music songs.

“I thought it was corny and used to roll my eyes, but now my least-favourite Sound of Music song – ‘Climb Every Mountain’ – is the song that I love the most.

“It’s about following your dreams and doing all that you can to achieve them. It reminds me of why I chose an artistic life.”

Allen graduated from the Elder Conservatorium in Adelaide with a Bachelor of Drama and Music and Honours in Classical Voice, then took up a scholarship to study in New York. Her recent theatre credits include Wicked, Dr Zhivago, Phantom of the Opera and Showboat.

Adelaide audiences would be familiar with Allen’s work from her 2015 sell-out Adelaide Cabaret Festival show The Songs that Got Away – The Music of Harold Arlen and her role as Oriel in this year’s State Opera SA production Cloudstreet The Opera.

“You have to find the life you were born to live,” she says of her performance career.

Allen is part of the cast of the 2015-16 Australian tour of the London Palladium production of The Sound of Music, a stage musical that was originally written by Richard Rogers and Oscar Hammerstein in 1959, then adapted in 1965 to become a musical drama film by the same name, starring Julie Andrews and Christopher Plummer. 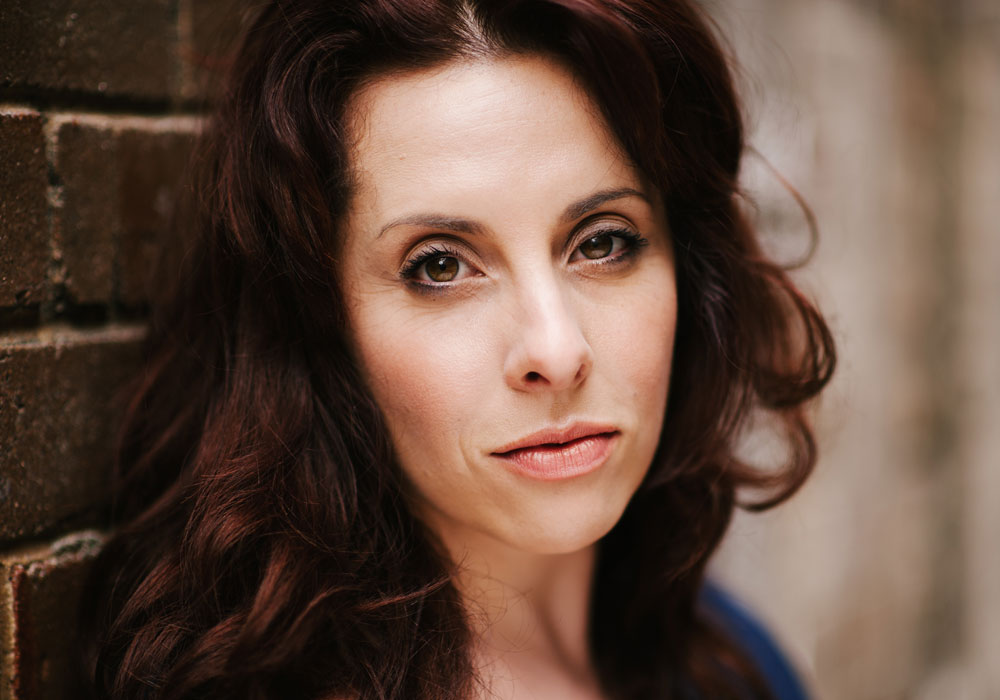 Johanna Allen: You have to find the life you were born to live. Photo: Alex Vaughan

The Sound of Music is based on a true story, the memoirs of Maria von Trapp (The Story of the Trapp Family Singers), published in 1949 to promote her family’s singing group following the death of her husband, Captain Georg von Trapp in 1947. Maria was a young nun who became governess to the widowed Captain von Trapp and his seven children, changing their lives by re-introducing them to music and eventually escaping with the family from Nazi Austria.

“Now, as an adult, I realise it is an iconic film for so many people,” says Allen.

“It is a story about the transformative power of music, the triumph of good over evil, and about a family having the power to live by their beliefs.

“Captain von Trapp is the character in the story who is most transformed by music; when he first meets Maria, he has a heart that’s hardened through grief, but Maria brings it back with music. I remember watching him as a little girl at my grandparents and now I’m working with him.”

The musical includes some of the most famous songs performed on stage, including “My Favourite Things”, “Edelweiss”, “Do-Re-Mi”, “Sixteen Going on Seventeen”, “The Lonely Goatherd”, “Climb Ev’ry Mountain” and the title song “The Sound of Music”.

In the Australian production of The Sound of Music, Captain von Trapp is played by Cameron Daddo, Maria by Amy Lehpamer, Baroness Schraeder by Marina Prior, Mother Abbess by Jacqueline Dark and Frau Schmidt by Lorraine Bayly.

Allen has the role of Sister Sophia, the “ditzy nun” who sticks up for the spirited young Maria when she gets castigated by the Mother Abbess in the memorable scene where the nuns join together to sing “How Do You Solve a Problem like Maria”.

“There’s nothing greater than to do what you live for in your own town.”

The Sound of Music will be at the Festival Theatre, Adelaide Festival Centre, from August 9 to September 4.