A flyover of the proposed tower, presented to an Adelaide City Council meeting by a representative of developer Kyren last night, appeared to show the hotel and apartment complex occupying the area where the East End comedy venue currently stands.

The detail of the final development, and whether it would necessarily require the demolition of the 1850s building, has yet to be confirmed by Kyren and the Rhino Room.

But the flyover showed that the proposed new 36-storey complex would feature large outdoor entertaining areas and a pool several levels up, and would rise in glass to penthouse facilities at the top.

Staff at the Rhino Room – which was established as a performing arts venue in 1998 – declined to comment on the proposed development.

However, Greens MLC Tammy Franks told InDaily the venue was “a vital part of the comedy culture” of Adelaide.

“They are a part of the cultural scene, particularly the comedy scene of our city, and that has to be supported.

“It is where you can get world-class comedy almost any night of the week.

“It should be saved, but it doesn’t have to be in the same location.”

The Rhino Room is one of the Adelaide Fringe’s key comedy venues, and has hosted comedians such as Adam Hills, Hannah Gadsby, Stephen K Amos, Arj Barker, Felicity Ward and Fiona O’Loughlin. 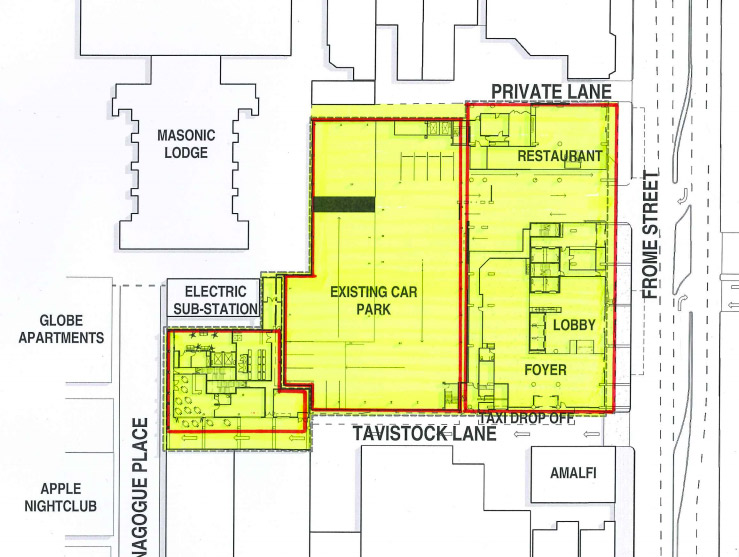 A map of the proposed development. Image: ACC

Lord Mayor Martin Haese told InDaily the proposed development “has great potential and could add real value to the social and economic fabric of the East End”.

“[However] live music and comedy are important.

“… this proposal is in its very early stages and all parties involved will need to work through issues, such as the future of the Rhino Room. 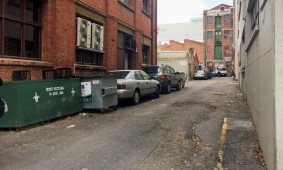 “I recall a similar situation in recent years with the Jade Monkey and I believe that a mutually satisfactory arrangement was achieved for that great venue.”

The council last night agreed to begin the process of making Tavistock Lane – which borders the proposed development on the south side – a public lane, with the option of selling it to Kyren in the future.

However the council has little influence over the development itself, which is being considered by the Development Assessment Commission.