The Hand You’re Dealt was announced as the winner at an event at the Samstag Museum of Art last night.

It was selected from 58 finalists working in a wide range of media – including video, collage, sculpture and embroidery – after the previous painting-only restriction was lifted for what is described as the world’s richest landscape art prize.

“The whole point is that it is not so much a landscape piece that takes a natural phenomenon and tries to replicate it on canvas, but rather it takes the world we live in and tries to interpret it in a playful way,” says Hurst.

“The intention of the landscape prize was always to really encourage interpretation of landscape in its widest possible meaning.”

Queensland-born Albert is currently working with the family of Aboriginal artist Albert Namatjira in Alice Springs. He has previously won the $100,000 Basil Sellers Art Prize, with a work addressing racism in sport, and the National Aboriginal & Torres Strait Island Art Award, with a piece inspired by the shooting of two Indigenous teenagers in Sydney’s King Cross.

Hurst says The Hand You’re Dealt is an “exquisite, visually arresting and pertinent work” that exemplifies Albert’s skill and talent.

It is made of a suite of vintage playing cards, crafted by the artist through cutting, collage and construction techniques, and weaving references to Western popular culture and Australian Aboriginal culture in a way that seeks to “displace traditional Australian Aboriginal aesthetics and accepted national stereotypes”.

The work includes motifs relating to themes as diverse as British colonialism, video games, aviation and the corporate world. 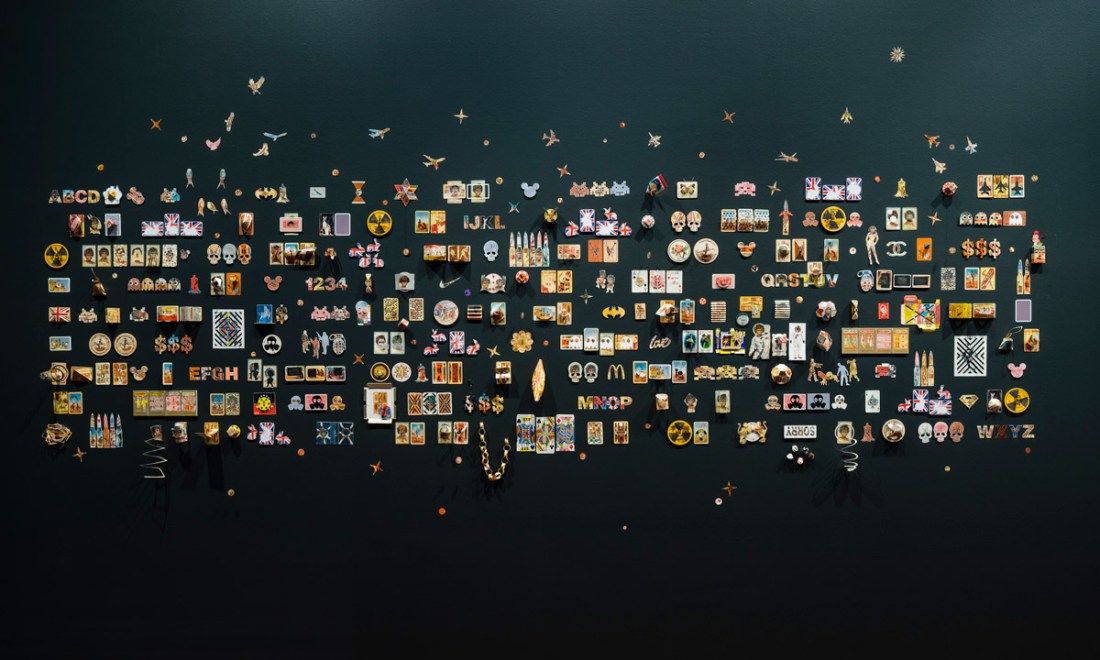 Hurst acknowledges it might prove polarising, but says it is the role of contemporary artists to encourage people to think about the world in which they live.

“It will polarise but it will inspire debate and that is important in the contemporary art world.”

The Fleurieu Art Prize has undergone a number of changes in the past year, with prize money increased by $5000, the timing of the event changed and the exhibition moved from the Fleurieu to the city-based Samstag Museum.

A total of 750 entries were received from Australia and overseas for the 2016 prize, with Hurst saying many came from “significant artists”.

“I was really impressed by the breadth, diversity and individual talents and ingenuity shown by the artists.”

Finalists’ works will be exhibited at the Samstag Museum until July 29.

A $10,000 Food + Wine Art Prize is also being presented this year, with the winner to be announced on the weekend.