Manhattan’s Cooper Hewitt Smithsonian Design Museum has recently introduced new technologies to alter the way visitors engage with their collection, an innovation led by Australian Seb Chan in his former role as the director of digital and emerging media. While visiting, I encountered, quite unexpectedly, a display dedicated to the work of Adelaide-based design duo Daniel To and Emma Aiston.

In Adelaide in 2008 they formed DANIEL EMMA, a collaborative industrial design practice that includes everything, in their words, from “small desktop items to large-scale installations”. With projects in Milan, Miami, London, Berlin and Tokyo, and seven works in the Cooper Hewitt, DANIEL EMMA demonstrates that success is not scale dependent and that quality and talent are the X factor both in a small-scale city like Adelaide and in the mega metropolis of New York.

I also encountered Aboriginal Australia in New York with the Metropolitan Museum of Art’s dedicated display of Aboriginal art, including late nineteenth century artefacts from South Eastern Australia. Exhibited as art, rather than anthropological relics, these objects of cultural power were displayed in an arresting and visually striking manner, to an international audience no less.

Along with tripping over art by Adelaidians while in New York, I bumped into Ian Strange, now based in New York, who made, arguably, the most provocative public sculpture in South Australia. “Landed” was commissioned for the 2014 Adelaide Biennial of Australian Art. This architecturally-accurate replica of Strange’s childhood suburban house painted black appeared to have crash landed on the Gallery’s North Terrace forecourt, as though it had fallen from outer space.

Propelled by his Adelaide project, this Australian artist now living in Brooklyn has continued his large-scale, site-specific architectural interventions around the world. His latest project titled Zloty, after the Polish word for golden and the term for its currency, saw him wrap an enormous residential building in the former mining district entirely in gold wallpaper.

With former projects in Detroit, Alabama, New Jersey, New York and New Hampshire and closer to home in Christchurch’s residential Red Zone, an area containing over 16,000 houses slated for demolition following the 2011 earthquake, Strange is further proof that Australian talent is world-class. 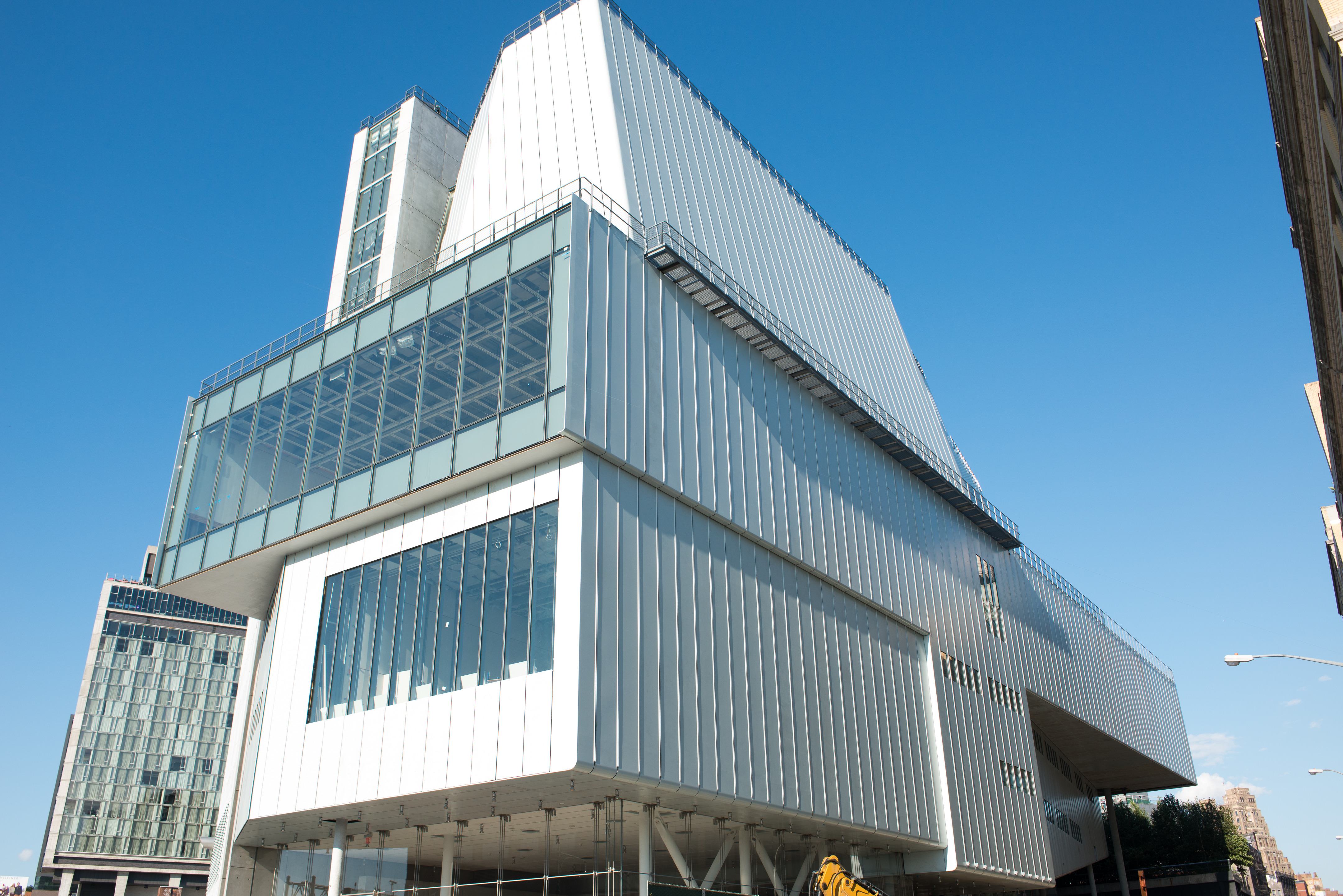 While art and artists are two pivotal parts of the artistic economy, the game is incomplete without the third agent – audience. Like an endless game of paper, scissors, rock, these three agents of art, artist and audience are all dependent on each other for meaning and motivation.

Currently celebrating its first anniversary with over a million visitors, the new Whitney Museum has staged a revolution with its audience. With a new building designed by architect Renzo Piano, and a new location, in the unlikely Meatpacking District on the far west side of Manhattan, the Whitney has doubled its typical annual visitation within just months of opening. The Whitney cast aside a blue chip site in upper Manhattan in New York’s world renowned ‘museum district’ in favour of a post-industrial location that allowed a radical rethinking of capacity and a realisation of the museum’s full potential.

What’s the secret to this audience-led transformation? The new Whitney responded inventively to the site, a former industrial wasteland, with a building that includes an education centre, classrooms, a black box theatre, study centres for the collection, conservation labs, reading rooms, a café, restaurant and retail. Of course, the outcome was a meeting place for people to meet and share ideas about art.

All firsts for the Whitney, these offerings are now part of the museum-led creative economy the world over. Positioned on the Riverbank, the recently proposed Adelaide Contemporary is the Australian answer to cultural transformation. It aims to utilize inventiveness and uniqueness – to create a place where artists like DANIEL EMMA, Ian Strange and Aboriginal artists can be represented in Australia to the level at which they are celebrated  globally.

The opportunity to select the best of what we now know, and to offer a nuance, a character that is distinct to Adelaide, is an opportunity not-to-be-missed. The time is now for this Australian first.

Read more of his columns here.