There’s theatre, music, film and markets aplenty in Adelaide this weekend, including the Italian Film Festival, Parisian-style showgirl cabaret, Fork on the Road and a smorgasbord for sweet-tooths.

Other picks include Bakehouse Theatre’s The Audition, gigs by The Timbers and The Jungle Giants, a new design market, and performances by the Adelaide Chamber Singers and Adelaide Youth Orchestra.

Comedy, drama, romance, crime, fantasy and documentary films will be screened throughout the Italian Film Festival season at Palace Nova Eastend Cinemas until October 7. This weekend’s films include the award-winning thriller Black Souls, about a family involved in the drugs trade, and East meets West comedy Pizza and Dates, set in Venice. All session times are online.

How far will an actor go to get a part? That’s the question posed in this new play directed by Joh Hartog and being presented at the Bakehouse Theatre until October 3. The Audition centres on a no-holds-barred struggle between director Stella and budding actor Lauren during an all-day “bootcamp audition” process that stretches Lauren’s mental, physical, emotional and ethical limits. 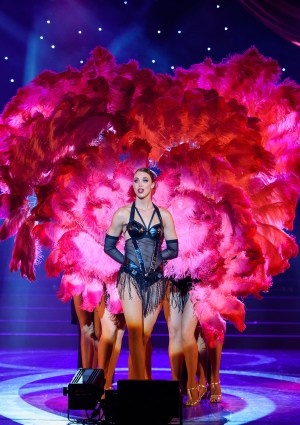 This touring show promises to bring a touch of Parisian glamour to Adelaide, with shows at Her Majesty’s Theatre on Saturday and Sunday. The 90-minute performance features showgirls including Moulin Rouge star Marissa Burgess, as well as aerial pole routines, comedy circus performers, illusionists and the French Cancan Dancers. Read InDaily’s interview with Burgess here.

There’s a new design market in town. Playhouse Lane Market will operate from 10am-5pm on Saturday at the historic Queen’s Theatre (corner Playhouse Lane and Gilles Arcade in the city), with about 50 SA vendors selling design items, homewares, art, fashion and food. Entry is by gold coin, with part proceeds going to the Leukaemia Foundation.

The Jungle Giants – The Gov

Brisbane four-piece The Jungle Giants – currently celebrating the release of their second album, Speakerzoid – will play an all-ages gig at The Governor Hindmarsh on Saturday. The band says that while previous release Learn To Exist was a straight-up indie rock release, Speakerzoid is “a beat-laden, percussive-sounding, groove-fuelled album”. Support acts for The Gov gig are Art of Sleeping and Hockey Dad.

Flinders Street Market will be packed to the rafters with 85 local chefs, foodies and dessert makers presenting the Sweet Tooth Market on Saturday and Sunday. There will be chocolate, toffee, truffles, fudge, cakes, pastries, slices, cupcakes, raw food, sugar-free, gluten-free and vegan options, as well as cake decorating demonstrations and the Bickfords airstream cordial bar. 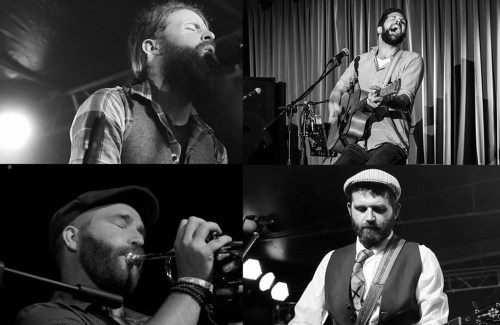 Adelaide band The Timbers play at the Jade Monkey on Saturday night in the first show of a tour supporting the release of their new single, “All I’ve Got Time For” (listen here). The song was recorded in an old church in the Adelaide Hills and is the first taste of the band’s new album, due out next year, which they say will stay true to their “high-energy, foot-stomping brand of folk music”.

This concert will feature performance by the Adelaide Chambers Singers and the Sydney and Brisbane Chamber Choirs, who will each present a selection of music and then join together to sing Magnificat by Arvo Pärt to mark the composer’s 80th birthday this year. Performances will be on Saturday at 6.30pm in St Peter’s Cathedral and Sunday at 3pm at The Village Well, Aldgate Church of Christ. Full program here.

Fork on the Road

The Fork on the Road food trucks return to Bonython Park on Sunday for lunch between 12pm and 4pm. There will be a DJ, drinks and food vendors including Burger Theory, Sneaky Pickle, Chimichurri Grill, Little Cake Tin, Delectaballs, Taste of Spain, Low and Slow American BBQ and La Chiva. BYO rugs, chairs, friends and family.

Subtitled Save the Red, Save the Planet, this new cabaret show by SA playwright Michèle Saint-Yves and singer/songwriter Izzy Jane will take audiences on a journey through the history of women blessed with red hair. #KickAssREDS opens on Saturday night at the Rhino Room, with performances continuing until September 29. Click here to read InDaily’s interview with Saint-Ives. 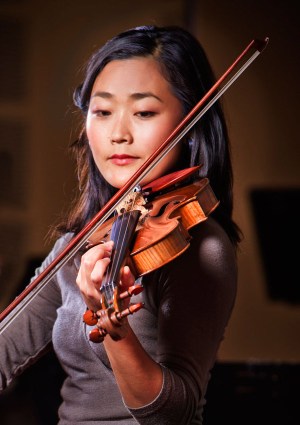 Violinist and Adelaide Symphony Orchestra concertmaster Natsuko Yoshimoto (right) will join the Adelaide Youth Orchestra for this concert on Saturday evening at Elder Hall. Yoshimoto and WA Symphony Orchestra violist Caleb Wright will perform Mozart’s Sinfonia Concertante. The concert will also feature the SA premiere of Between Two Worlds, a new work by Graeme Koehne, and Rimsky-Korsakov’s dramatic Scheherazade. The AdYO is also holding an open day at Adelaide University’s Elder Conservatorium of Music on Sunday from 11am to 2.30pm.

Current showing at the gallery is a survey exhibition of works by master Ngarrindjeri weaver and artist Yvonne Koolmatrie; The Power of Pattern: The Ayako Mitsui Collection, which explores Japanese textile design; Gond Paintings from the Collection of Barrie and Judith Heaven, showcasing the brightly coloured art of the Gond people of central India; a light-based installation by Adelaide artist Jason Sims, and highlights from the Aboriginal and Torres Strait Islander collection. Details of all exhibitions can be found here.

Fire, Tools, Garden and Art is the theme of Carrick Hill’s family day this Sunday. Running from 10am to 3pm, in conjunction with the National Trust of South Australia, it will include displays of historic firefighting memorabilia and fire engines, displays and demonstrations of historic tools, and a talk by Carrick Hill director Richard Heathcote about current exhibition Endless Pleasure. Details here.

This event at the Art Gallery of SA’s Radford Auditorium on Saturday afternoon will explore the power of art, with selected screenings from the 2015 Creative Time Summit from the 56th Venice Biennale. Aimed at creative workers, players and producers, it will also feature presentations by local artists and discussion about art and social change. Details and bookings via the Guildhouse website.

Everest
Maze Runner: The Scorch Trials
Pixels
A Walk in the Wood
Straight Outta Compton
Holding the Man
Ricki and the Flash