The South Australian Living Artists Festival (SALA) is a visual arts festival like no other in Australia, or the world.

Held annually in venues all over the state for the entirety of August, SALA’s magnitude and reach, its extraordinary range of exhibition venues, both conventional and left-of-field, make it unique.

The festival’s high level of artistic participation, community engagement and its backing by businesses of all stripes are all part of this heady mix. Akin to artistic triffids, SALA exhibitions take over art – and other – spaces from Adelaide’s CBD to the outreaches of rural South Australia. 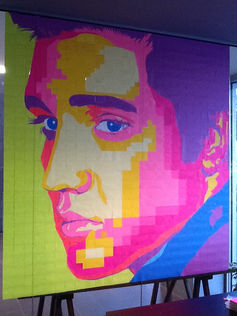 Artworks in every conceivable medium are exhibited, and sometimes in unlikely media, too. In SALA 2014, two gargantuan installations of Elvis Presley went on show in the shopfront windows of the Adelaide Advertiser and Adelaide’s Argo Café.

These figurative renderings, demonstrating that Elvis had definitely not “left the building”, had been created by the exclusive use of thousands of coloured post-it-note stickers. Adelaide artist Theofania (aka Thea Fania) alternately describes her Elvises as urban guerrilla artwork or as “Elvis Pixel Post-it Note Art”.

SALA is not curated, at least not at any central managerial level. Any artist who wishes to contribute may do so, if s/he can get hold of a venue, and is able to pay the SALA participation fee, which varies depending on what kind of venue you secure.

Notwithstanding that, all the major South Australian galleries, including the Art Gallery of South Australia, do contribute curated exhibitions. This is an inclusive visual arts festival that encompasses the work of professional visual artists and aficionados from the high end of town, as well as emerging artists and enthusiastic amateur, weekend art-makers.

Among SALA’s numerous strengths is the fact that it lifts many artists from the twin spheres of anonymity and invisibility, while creating an infrastructure for the future of visual arts in this state – and in Australia more generally. In terms of its level of community commitment, engagement and audience development, in a relatively short space of time, SALA has arguably become equally important as the long-standing Adelaide and Fringe Festivals.

Astoundingly, SALA employs only two full time staff – the general manager (and CEO) Penny Griggs, and office manager Kate Moskwa. They are strongly supported by the chair of the Board, former South Australian Senator John Hill, and the other board members, all of whom contribute on a voluntary basis.

Among SALA’s multifarious activity is the assistance it provides to aspiring artists and curators in identifying appropriate venues in which to exhibit their work.

This year, Seymour College had too many artworks to show in The Stables, the exhibition space on its school grounds, so SALA found it another venue – the Commonwealth Law Courts in the city – where a resplendent Ngupulya Pumani work relating to the annual cleaning of rockholes (called tjukula or kapi warku in Pitjantjatjara, Pumani’s mother tongue), followed by the harvesting of maku (witchetty grubs) and women’s ceremonies, now hangs alongside other Indigenous artworks.

Where did the idea for SALA come from?

Beginning as a modest affair in 1998, the original driving force behind SALA was the indomitable Kent Town gallerist Paul Greenaway.

Supporting Greenaway in the initial development of SALA Week (as it was originally dubbed) was a small board that included another high-profile Adelaide gallery owner, Sam Hill Smith, and David O’Connor – who represented the Art Gallery of South Australia – as well as representatives from the Experimental Art Foundation, the South Australian Country Arts Trust and the South Australian Youth Arts Board.

Visual arts writer and curator Margot Osborne was also engaged as both consultant and manager of the inaugural SALA 1998.

In 1998, the total of 51 exhibition venues in South Australia (28 in metropolitan Adelaide and 23 in regional areas) represented less than 10 per cent of today’s SALA program.

Since then, the SALA Festival, as it’s now known, has grown exponentially. It has taken hold of the South Australian art-loving public’s collective imagination, and has begun attracting both interstate and international visitors.

This year there are 610 separate SALA-registered exhibitions and associated events (for example, many art tours, including a tour of SALA venues conducted in Mandarin), and 5205 registered artists from all over South Australia.

What is special about this year’s SALA?

For me, this year’s standout SALA exhibition in terms of two-dimensional work takes place at Adelaide’s Samstag Museum. Geoff Wilson: Interrogated Landscape, curated by Barry Pearce, traces this under-recognised South Australian landscape artist’s remarkable artworks over the course of a lengthy career, first as a watercolourist in the 1940s, then moving into a quasi-abstraction period which continued into the 1960s. The exhibition also includes a number of Wilson’s more recent modernist compositions.

Since its inception in 1998, ARTSA has provided funding for a SALA monograph on one outstanding South Australian artist.

This year, SALA’s featured artist is revered South Australian glass artist Giles Bettison, who has been honoured with a splendid monograph, Giles Bettison: Pattern and Perception, written by Margot Osborne and published by Wakefield Press.

Bettison’s striking works, in which he skilfully juxtaposes patterns and complexities made by assemblages of individual murrine, are currently on display at Adelaide’s JamFactory, doubling as the JamFactory’s official 2015 SALA exhibition.

In 2014, the selected SALA artist of the year and monograph recipient was Nicholas Folland. The subject of this year’s monograph is to be the work of jeweller and sculptor Catherine Truman, co-founder of Adelaide’s prestigious Gray Street Workshop.

Truman’s long-term scholarly fascination with the connections and intersections that exist between art and science will no doubt be one focus of the book to be written by Melinda Rackham and published in 2016.

Exhibition venues, both outdoors and indoors, include the well-regarded Gouger Street legal firm Fisher Jeffries, which has its own magnificent gallery space.

SALA exhibitions are also being held in South Australian vineyards and wineries that have their own galleries; on Adelaide Oval’s huge screens mostly used during AFL and cricket matches; in hairdressing salons; in dilapidated old churches; in libraries, in municipal council chambers; at the Botanic Gardens, where several exhibitions are being held this year; inside modelling agencies; in schools, hospitals, and in artists’ studios. Other SALA exhibitions are on display in the Adelaide Airport, at the Adelaide Zoo and even inside and on the grounds of Centennial Park, Adelaide’s major cemetery.

This year, Centennial Park Cemetery is not only exhibiting works in its exhibition space, including some fine drawings by professional artist and neuroscientist Judy Morris, but also sponsoring an artist-in-residence program, in which emerging sculptor Ruth Gregor from remote Venus Bay on the west coast of South Australia is creating a stone sculpture in keeping with that setting. Both are open to the public during business hours. 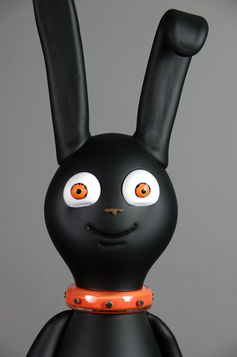 Fisher Jeffries, particularly in the person of dedicated, energetic senior partner Nicholas Linke, has become a significant SALA ally, not only providing SALA staff with capacious office space but also with a magnificent gallery space.

Among the diverse wineries contributing gallery space to SALA, the Magpie Springs Winery and Art Gallery located in semi-rural Hope Forest has been a strong contributor to the SALA program over the years. Work by Avril Thomas and others is on show there this year, in a location allowing the punters to enjoy visual artworks and fine wine at the same time – two of South Australians’ favourite pastimes.

Many South Australian schools exhibit during SALA. Seymour College in Glen Osmond has shown particular commitment over a lengthy period of time. Under the leadership of Heather Klose, a retired Seymour teacher and Old Scholar, Seymour has mounted a number of SALA exhibitions comprised of high quality and ethically-acquired Indigenous art for years now.

This year Seymour is holding two Aboriginal art exhibitions, one in the newly re-purposed and refurbished Seymour College exhibition space, The Stables, and another in Commonwealth Law Courts Building in the city. Both are open to the public during business hours. 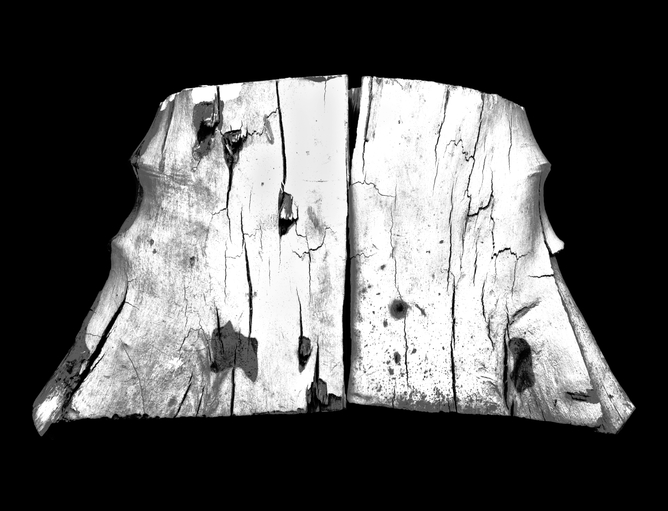 Gallery 1855, a beautiful heritage-listed exhibition space owned by the Tea Tree Gully Council, in the outer suburbs of Adelaide, is hosting Looking but Seeing as its 2015 SALA offering. Talented curator Niki Vouis has also convened and curated several other SALA exhibitions there, including The Nature, a very successful exhibition that included many works, including several by master printmaker Margaret Sanders.

Sport plays such a central role in Australia’s collective identity and this year video artists are taking over the large Telstra screens adjoining Adelaide Oval in a SALA exhibition curated by Susan Bruce, Where Sport Meets Art.

Apart from encouraging South Australians to go out and visit SALA exhibitions during this year’s winter weather – and also to connect with artworks, artists, and other art lovers – the 2015 South Australian Living Artists Festival, like the others before it, presents a microcosmic visual record of 21st-century South Australia.

This is a world lived, in part, through visual images, through art: illuminating, passionate and vivid. In order to be part of that world, South Australians seem to have embraced SALA wholeheartedly.

Christine Nicholls is senior lecturer in Australian Studies at Flinders University. She is also a member of the SALA board. This article was first published on The Conversation.