Ballet Revolución is the errant offspring of classical ballet and modern dance.

Individually, the 19 dancers are all very talented, but the show has no narrative or obvious thematic thread, so despite the moments of brilliance it just feels like party time at dancing school. 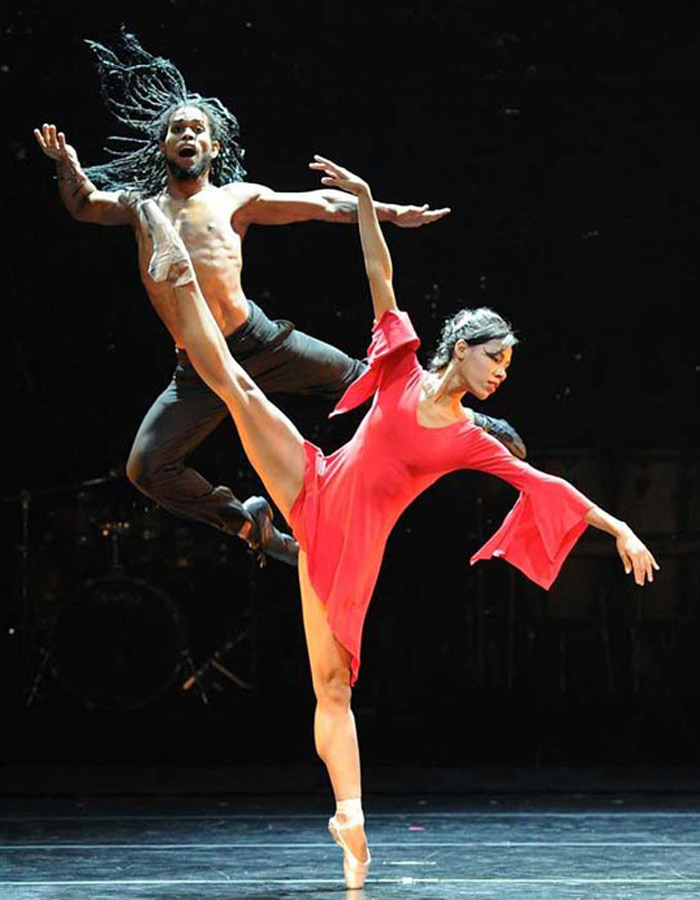 The best moments allow the dancers to display their classical strengths. The men are especially strong, with grand leaps and eye-defying pirouettes. They also look great in various stages of undress, showing off their muscle tone and strength.

The various pas de deux, especially in the second half of the show, are well-conceived and carefully executed.  There’s also some nice pointe work but it feels awkward when a few of the ballerinas are en pointe and others in the same dance are not.

The modern group dances work less well. There are real problems with line and spacing that undermine the choreography. The lack of precision would make many a ballet teacher want to slap them with her walking stick. And I saw echoes of Tap Dogs before I read that one of the choreographers, Aaron Cash, was part of that marvellous Australian dance success story.

Ballet Revolución is accompanied by an eight-piece band that includes a seriously good conga player and a couple of strong vocalists.  The soundtrack is a party mix of everything from Lorde and Hozier to Sting and Ricky Martin.

Singer Noybel Gorgoy Reyes is especially impressive, with an impassioned rendition of “t’s a Man’s World”. And it is great to hear a song by Adelaide artist Sia. There is also the strangest arrangement of Sting’s plaintive “Roxanne” that I have ever heard. But overall, this “greatest hits” soundtrack further adds to the lack of cohesion in the show.

There was a full-house for opening night but it took a while for them to warm up. One lonely fan gave the dancers a standing ovation on their first bow, but an encore of “She Bangs” got more people on their feet.

Despite the Latin rhythms and skimpy costumes, Ballet Revolución is surprisingly unsexy; it’s just good clean fun. Make it a family night out – the kids will love it.

Ballet Revolución is playing at Her Majesty’s Theatre until July 19.