Clips of cats and dogs doing daft things may seem like a guaranteed route to YouTube fame, but the real buzzword in the online video world these days is “niche”.

Online video expert Liz Ferguson, who will be addressing the New Screen Makers Conference in Adelaide this weekend, says the huge amount of video content now available means filmmakers and content creators must work harder to stand out in the crowd.

The ever-increasing range of devices and platforms on which video can be viewed has also fragmented the potential audience.

“It’s much harder to have a viral hit now because the competition is so strong,” says Ferguson, Australia and New Zealand general manager of global multi-platform network Rightster.

Ferguson says one example of an Australian content creator enjoying global success on YouTube with material targeted at a niche interest group is The Mighty Mod Cars, a DIY car show whose videos regularly attract between half a million and a million views, helping it earn funding for branded projects. A video it created publicising the launch of the movie Fast & Furious 7 has had more than two million views.

“Going viral” is a much-used term in the 21st century, but Ferguson says that to truly reach that status, a clip needs to attract tens of millions of views (think music videos created by artists like Katie Perry).

For those whose fame hasn’t quite reached these giddy heights, strong subscriber numbers are a good indicator of success in terms of building an online community. “Someone who has 30,000 subscribers on YouTube is doing well,” Ferguson says. 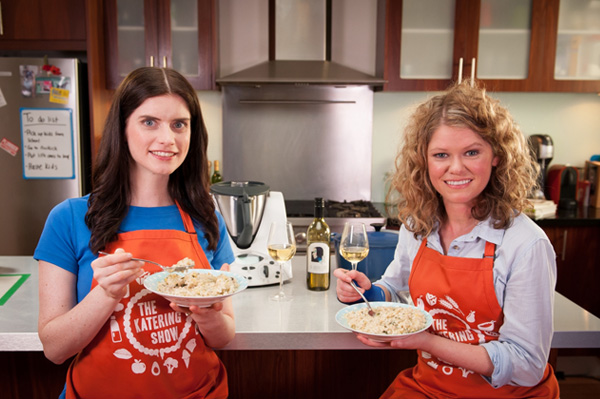 Another of the speakers at the New Screen Makers Conference will be Tamasin Simpkin, producer of web comedy series The Katering Show, whose YouTube channel Lead Balloon TV has more than 59,000 subscribers. One of the most popular episodes in the show made by Australians Kate McLennan and Kate McCartney (pictured above) is an hilarious road test of the Thermomix, which has attracted 1.66 million views.

The New Screen Makers Conference, organised by the Media Resource Centre, will feature experts from a range of different platforms offering advice to emerging filmmakers and other content creators on how to create, produce and make money from their work in the new content and funding environment.

“New screen makers still need support as they traverse new and traditional pathways but, with less resources available to them, must be able to connect to audiences quicker and develop business models which come with income streams earlier,” MRC director Gail Kovatseff says.

Ferguson acknowledges that for filmmakers working on longer-term projects – such as a full-length documentary – the road can be much harder. Because they are not regularly “feeding an audience”, they need to devise other ways in which to build a following – for example, with teaser trailers, behind-the-scenes or making-of videos, and interviews with those taking part.

Ferguson says online video offers excellent opportunities for emerging producers or filmmakers because of the creative freedom it offers, as well as the ability to collect data on audience behaviour. But it’s important to choose the right channel or platform for your purposes – and it may not be YouTube.

“The most common mistake people make is that they don’t think about creating something for YouTube; they just do it because it’s personally interesting or has artistic value.

“It may be really beautiful, but that might not get people [to watch it] … it’s important to think if YouTube is the right platform.”

For the record, YouTube viewers remain infatuated by crazy cats and cute babies: “Charlie Bit My Finger is still one of the most famous of all time.”

The New Screen Makers Conference: How to cut through in a new world will be held at the Mercury Cinema on July 18 and 19. Speakers will include Liz Ferguson (Rightster), Tamasin Simpkin (The Katering Show), Rebecca Heap (ABC), Marshall Heald (SBS) and Georgina Powell (YouTube). More information/bookings on the Mercury Cinema website.