State Opera project Innocence Lost is now more than halfway through its initial creative development phase, but  CEO Tim Sexton still bridles over the backlash that followed its initial announcement.

Critics claimed the production would disinter the story of the Beaumont children, arguing that creating entertainment from the tragedy would be “disrespectful”.

“It was unfortunate that aspects of the media chose to say we’re writing a ‘Beaumont opera’,” says Sexton, who is also State Opera’s artistic director, composer and conductor.

“A: that’s not what we’re doing, and B: it’s somewhat hypocritical to make those claims when the media trot out the Beaumont story whenever they want a ratings boost.”

Sexton says that the opera’s libretto is, in fact, an adaptation of Adelaide author Stephen Orr’s novel Time’s Long Ruin. The book was inspired by the Beaumont story, “which is a few steps removed from the actual story”.

The disappearance of the three Beaumont children from Glenelg Beach on Australia Day in 1966 resulted in one of the largest police investigations in Australian history and remains unsolved.

The Beaumont family received widespread sympathy from the Australian public and the case is believed to have significantly changed the way children are supervised.

“The disappearance of the Beaumont children jolted Adelaide out of its innocence,” says Sexton. “In the 1950s there was a naivety, a real country town mentality, but people began to think of their personal safety and the safety of their families after those events.

“In essence, this is what Innocence Lost is about – it’s about grief and loss; it’s about what is left behind.

“It doesn’t provide answers about what may or may not have happened to the children, but it does look at how different people have dealt with those similar sorts of circumstances.”

Sexton says the theme has resonance in a parent’s greatest fear, that of losing their children, as well as in well-known cases of missing children.

“Cases such as Madeleine McCann, Karen Williams, Joanne Ratcliffe and Kirsty Gordon, Louise Bell and obviously the Beaumonts – there are many cases of missing people and the not knowing is like a stone that creates wide ripples of fear and grief in the pond.

“So what Innocence Lost is investigating are the ripples, not the stone; the effects on society, how we change in a time of significant loss or something that triggers a really, really strong emotion, such as terrorism, euthanasia and the death penalty.”

State Opera’s frustration with the early criticism of the planned production came from the fact that no-one had yet read the script or seen the show.

“What annoyed us most about the criticism was that we were being accused of dishonouring the memory of the Beaumont children when the work hadn’t even been written; [it’s] as absurd as talking about an artwork that hasn’t yet been painted,” Sexton says. 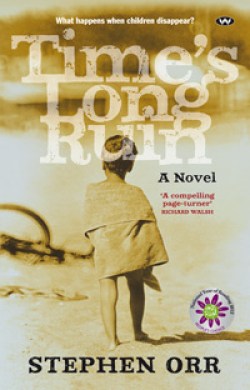 “Most of the criticism came from people who hadn’t even read Stephen’s book, slamming opera people as ‘toffs and wankers’ and saying, ‘How dare they write a Beaumont opera. It’s a complete waste of money. It’s highly disrespectful and disgusting’. And then you turn the page and there’s a double-page spread on the Port Arthur massacre with photographs of the children Martin Bryant pursued and shot.”

Since that criticism was made, the team working on Innocence Lost has completed about 75 per cent of the music, in draft form. Making up that team is librettist Adam Goodburn (Philip Glass Trilogy), composer Anne Cawrse (Soundstream, The Firm), dramaturgist and director Andy Packer (Ode to Nonsense), and musical director Tim Sexton (State Opera).

“Stephen’s book is very much a literary work, as opposed to a dramatic work,” says Sexton.

“To make it into an opera, we have to find a way to crystallise and distill the drama to fit it into a three-hour production, so the amount of information is much reduced and there are whole aspects of Stephen’s book that will never appear.

“With opera, music underpins and underscores the storyline, so you can say things without using words, so it’s an emotional musical journey as well as an emotional literary journey.”

The Innocence Lost team is working collaboratively with Stephen Orr, and is consulting grief counsellors.

“It doesn’t matter who has disappeared or where, these cases leave us all raw,” Sexton says. “We are consulting with grief counsellors so we can provide a clear and accurate and measured pathway through people’s reactions, because often seeing something and thinking about something and cogitating on it can provide a sense of healing.”

Innocence Lost will be set in Adelaide, which has the potential to rub salt into the wound. “But it could be set anywhere,” adds Sexton. “Although we seem to have a reputation for these kinds of tragedies in Adelaide, it’s a universal theme.

“Certain elements will be the same, but as far as the characters go, there will be no intentionally recognisable link at all – it’s a completely different family in a completely new set of circumstances; a dramatic scenario which is constantly changing and evolving as the work is developed.”

There will be references that set Innocence Lost in the same time period and location as the Beaumont case, but Sexton says this is not an unusual practice with opera.

“There are a lot of contemporary operas that look at contemporary issues because it is through art and theatre that we are often able to deal with quite biting and quite confronting subjects.

“Literature, theatre and music are ways in which grief and other issues can be explored and dealt with very effectively, and that’s what relevant art in all its forms is really all about: it’s about looking at issues that are pertinent and finding aspects or ways of dealing with them. It can actually be quite a cathartic process.”

Many more words and much more music must be written before Innocence Lost is ready for production.

“The operatic process is very dynamic: the more you write, the more you revise, chop, change, re-write, swap things around,” Sexton says.

“It’s a four to five-year process, so we might be looking at 2017 or beyond before it’s presented – it depends on when the work is ready. There is a very, very long gestation period for these things.”