Jobim is credited as being one of the most influential artists in the creation of the irresistible Bossa Nova style of music. He penned the iconic “Garota de Ipanema” (“The Girl from Ipanema”), which, despite being played in elevators everywhere, remains one of the great songs.

The show opened with a medley of Jobim’s Brazilian musical influences by guitarist and arranger Doug de Vries and the band Panorama Brasil. 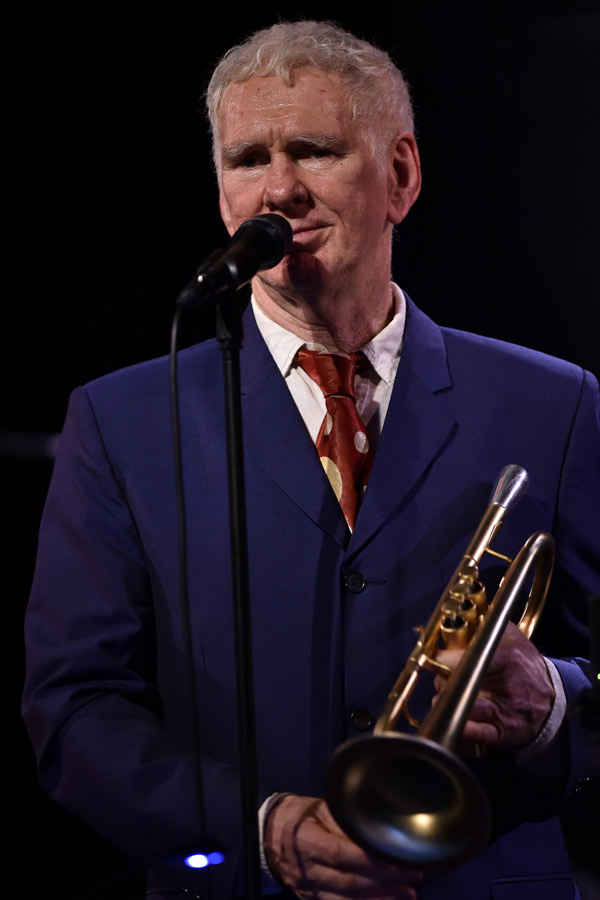 The introduction of Brazilian jazz chanteuse Alda Rezende saw the band produce the beautiful sweet Bossa Nova sound we came for. With a rich, deep and sultry voice, Rezende was at ease with both emotional ballad “Bonita” and the smooth classic “Desafinado”, which featured the sublime guitar of de Vries.

Between singers the band performed a song, translated as “No More Blues”, thought to be the first song labelled as Bossa Nova – a driving up tempo number highlighting the skills of this excellent band.

Despite the quality of the performance, the audience were somewhat subdued for a Cabaret Festival. There was an air of expectation as Vince Jones walked onto the stage – and he didn’t disappoint.

Effortlessly cool, the introspective singer connected with the audience on a more intimate level with “Quiet Nights of Quiet Stars”, “Wave” and “How Insensitive”. His phrasing and interpretation are second to none. His voice remains distinctive and endlessly interesting, contrasting and blending with the gorgeous sound of the band. “Water to Drink” finished the bracket.

Rezende then joined Jones and the band for the closing numbers, culminating in the much-anticipated “The Girl from Ipanema”. The song was performed in English, Portuguese and Mauri, the latter being the highlight of the evening.

Classy performances, a great band, and a chance to see Vince Jones made battling the Port Power traffic worthwhile.

There are two further sold-out performances of Jobim tonight (Saturday) and Sunday night.